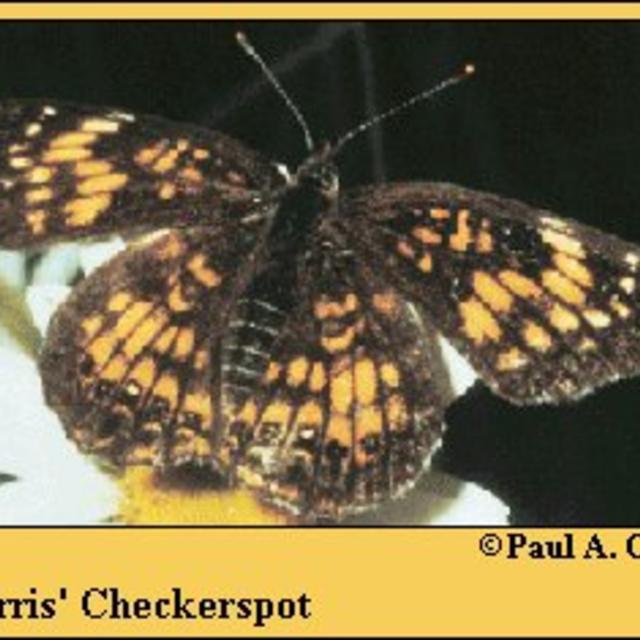 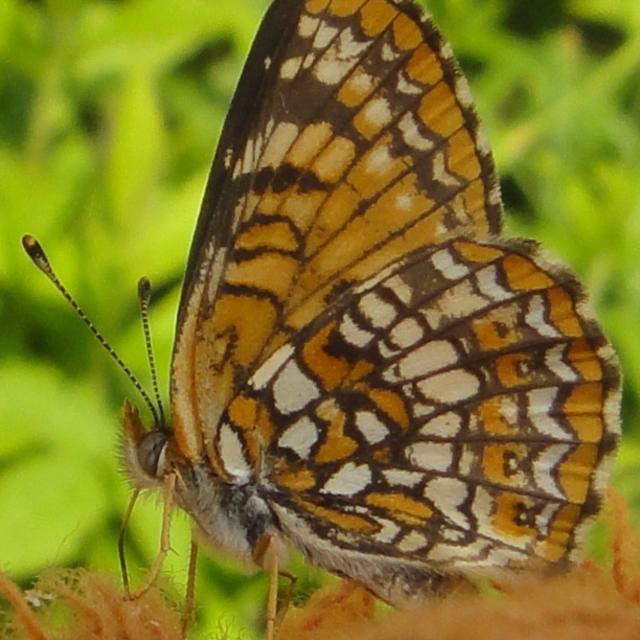 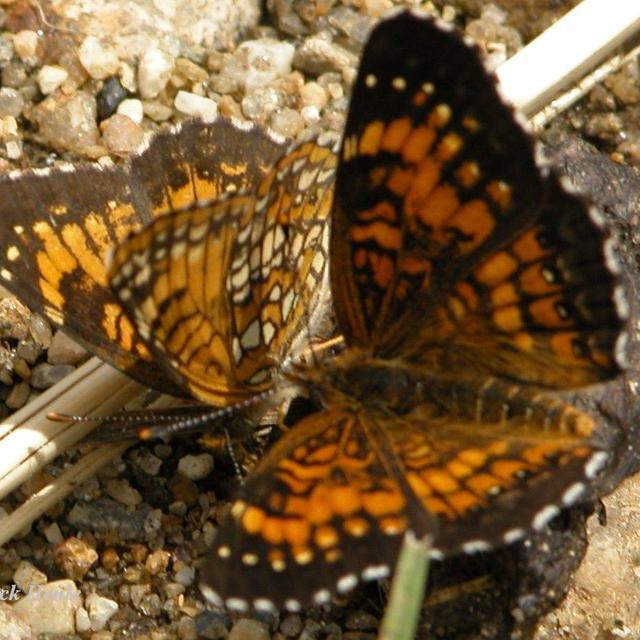 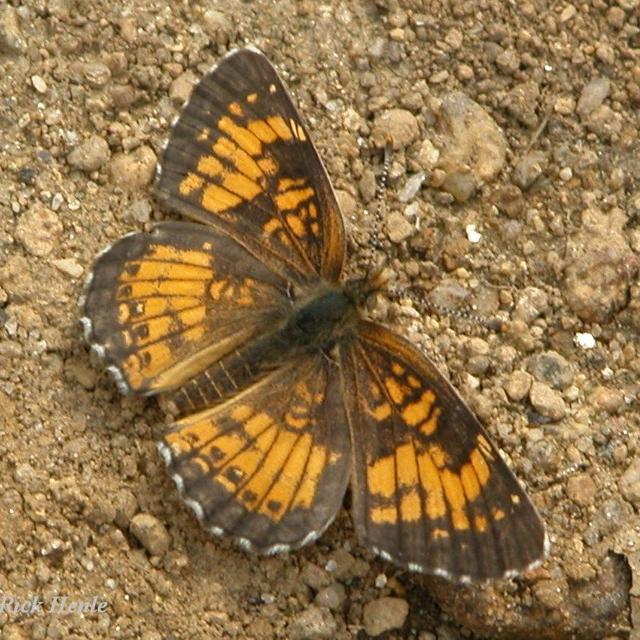 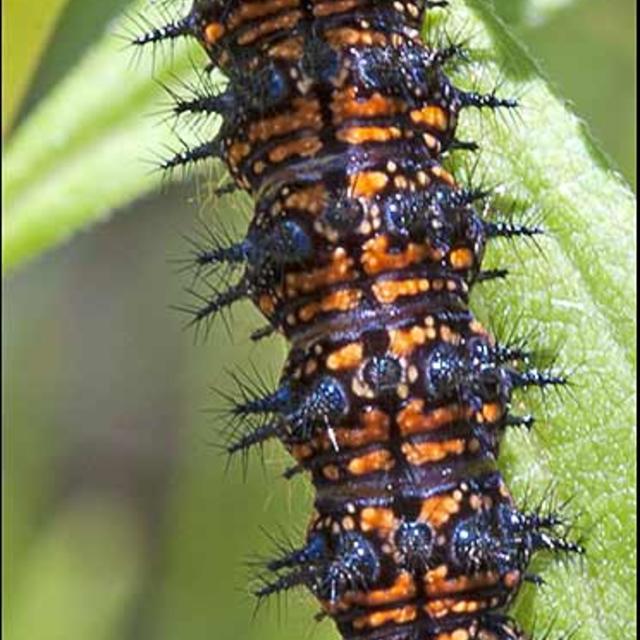 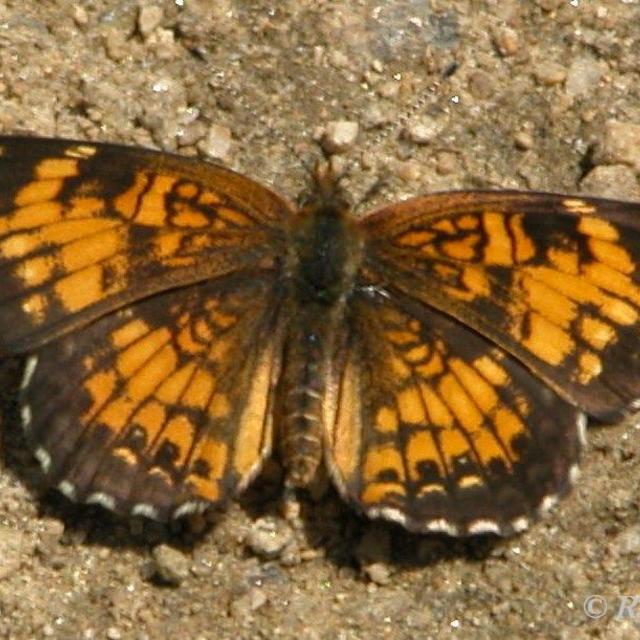 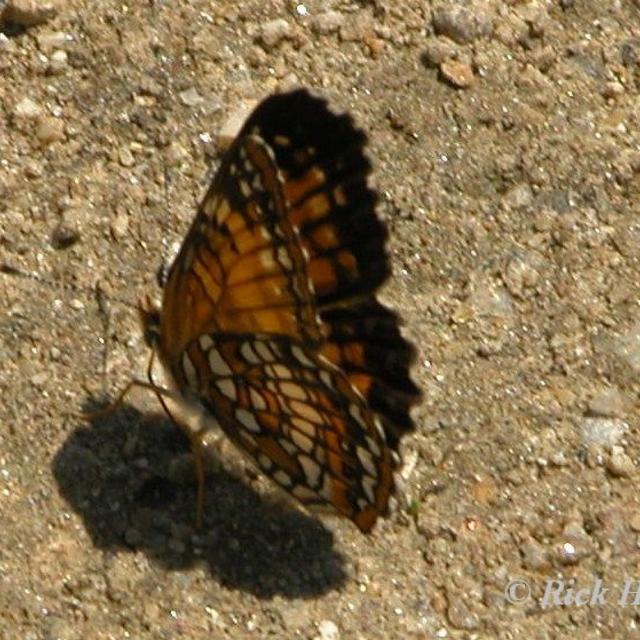 Family: Nymphalidae
Subfamily: Nymphalinae
Identification: Upperside is orange with black markings. Underside of hindwing has a red-orange stripe at the margin and a red-orange, white, and black checkered pattern on remainder of wing.
Wing Span: 1 7/16 - 2 inches (3.6 - 5.1 cm).
Life History: Females lay eggs in clusters under host plant leaves. Caterpillars feed on leaves communally in a web. Partially-grown caterpillars hibernate at the base of the host plant.
Flight: One brood from June-July.
Caterpillar Hosts: Flat-topped white aster (Aster umbellatus).
Adult Food: Flower nectar.
Habitat: Moist areas such as marshes, bog edges, pastures, and meadows.
Range: Maritime Provinces west to Manitoba, south to West Virginia, southern Ohio, and northeastern Illinois.
Conservation: Not usually required.
NCGR: G4 - Apparently secure globally, though it might be quite rare in parts of its range, especially at the periphery.
Management Needs: None reported.
Comments: NULL