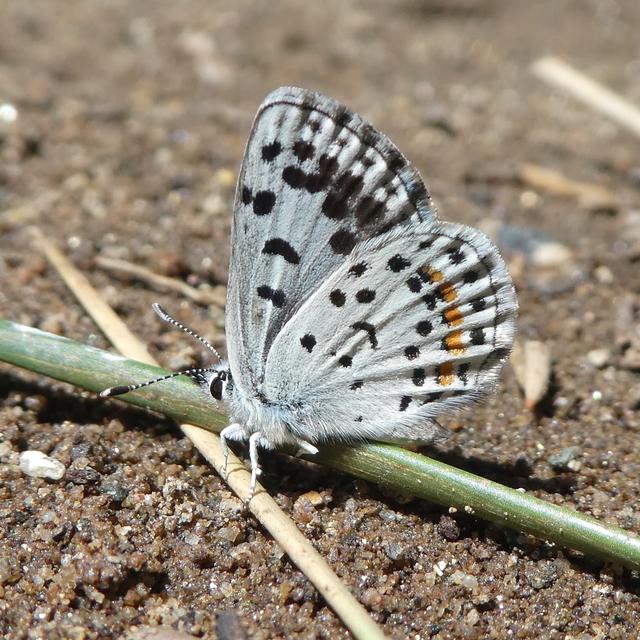 Family: Lycaenidae
Subfamily: Polyommatinae
Identification: Geographically variable. Upperside of male is lilac blue with dark borders; female is brown usually with an orange patch on margin of hindwing. Underside of both sexes is off-white with black spots. Those of forewing larger and more squarish than those of hindwing. Orange band on hindwing usually broken into separate spots.
Wing Span: 3/4 - 7/8 inches (1.8 - 2.3 cm).
Life History: Dotted-Blues usually stay near their host plants. Males patrol around the host plants all day to find females. Eggs are laid singly on flowers or buds; caterpillars eat flowers and fruits and are tended by ants. Chrysalids hibernate in leaf litter.
Flight: One flight from mid-May to October depending on host and location.
Caterpillar Hosts: Various Eriogonum species including Nude Buckwheat, Wright\'s Buckwheat, Inflated Buckwheat, and others.
Adult Food: Flower nectar, especially from Eriogonum.
Habitat: Sun-exposed rocky or sandy flats or slopes in foothills, mountains, desert, and along coast.
Range: Scattered distribution throughout the western United States from Washington south through Pacific Coast states to northern Baja California. Also Nevada and northwest Arizona.
Conservation: Smith\'s dotted-blue, Euphilotes enoptes smithi, is endangered because its California coastal habitat is being damaged by increased human activity including housing developments, recreation, and sand mining. Its status in complicated because of the recent description of subspecies arenacola Emmel, Emmel, and Pratt for part of its distribution. Other subspecies from more interior locations may be threatened by invasion of exotic cheatgrass and the eventual fires that often result from such invasion.
NCGR: G5 - Demonstrably secure globally, though it may be quite rare in parts of its range, especially at the periphery. Smith\'s dotted-blue has The Nature Conservancy rank of T1,T2 - Imperiled because of rarity (6 to 20 occurrences), or because of other factors demonstrably making it very vulnerable to extinction throughout its range. (Endangered throughout its range). Other recently described subspecies have ranks of T1.
Management Needs: Conserve habitats for Smith\'s blue and maintain host plant populations. Determine conservation status of other subspecies.
Comments: NULL 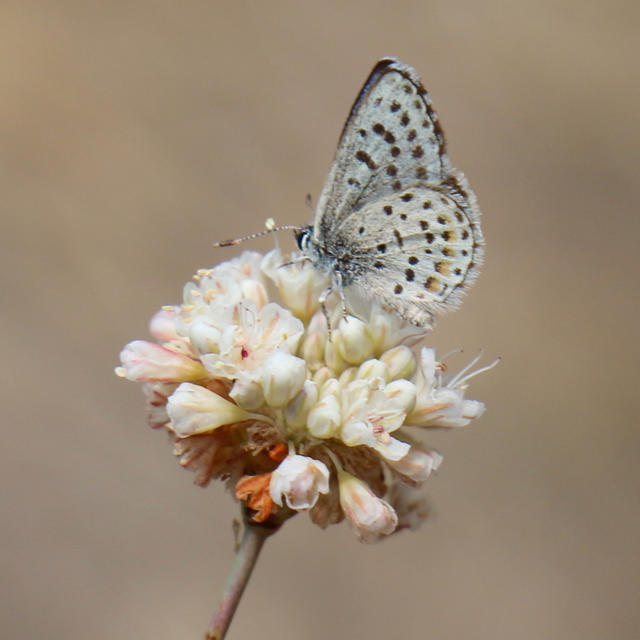 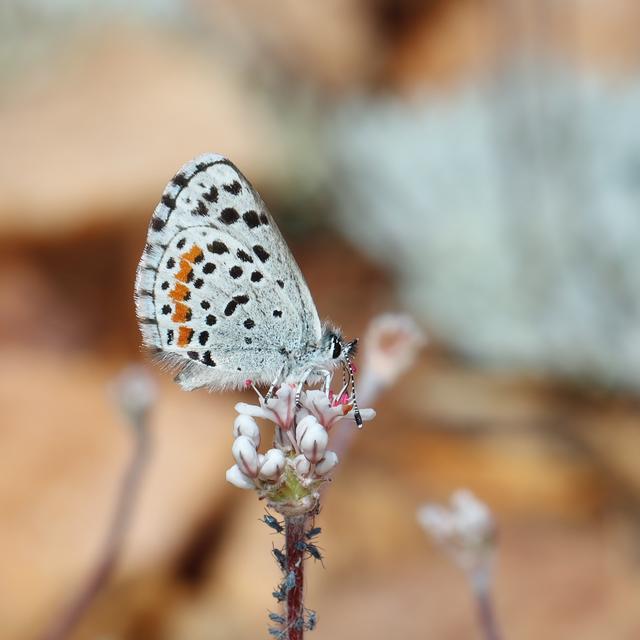 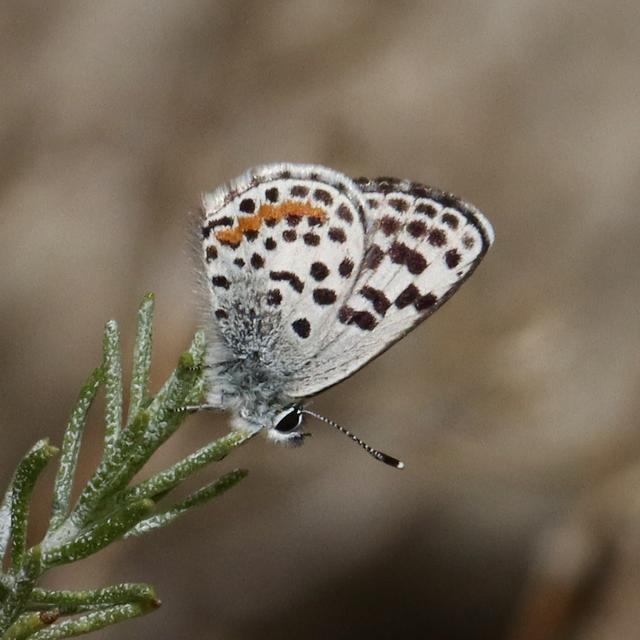 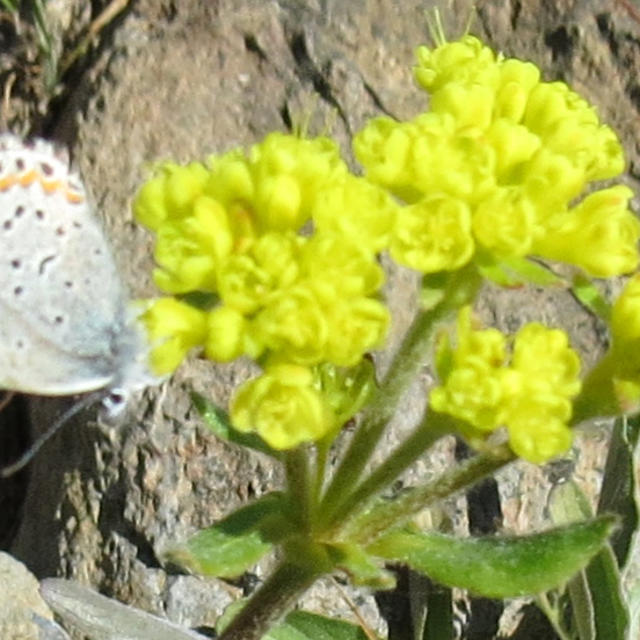 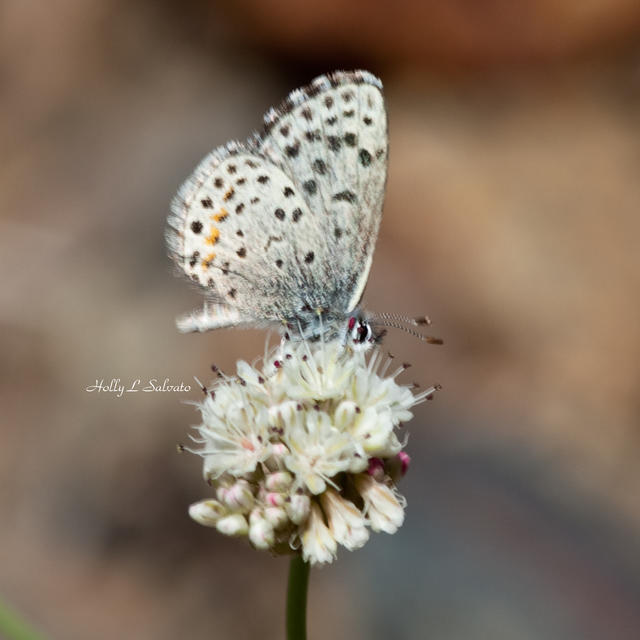 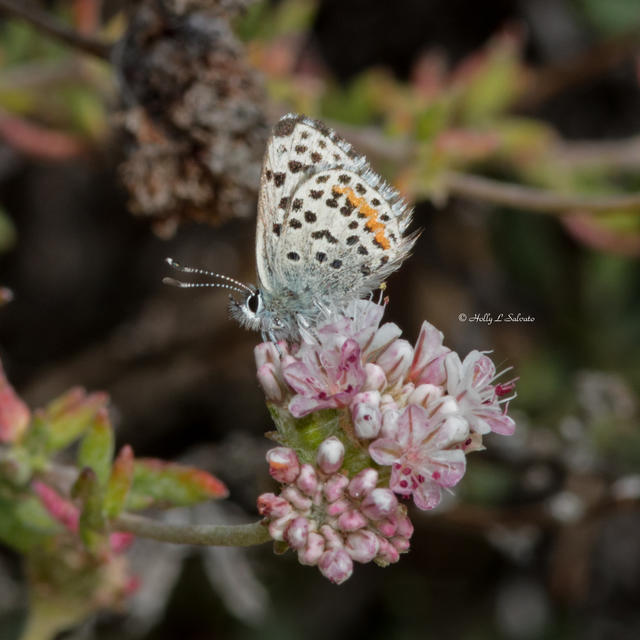 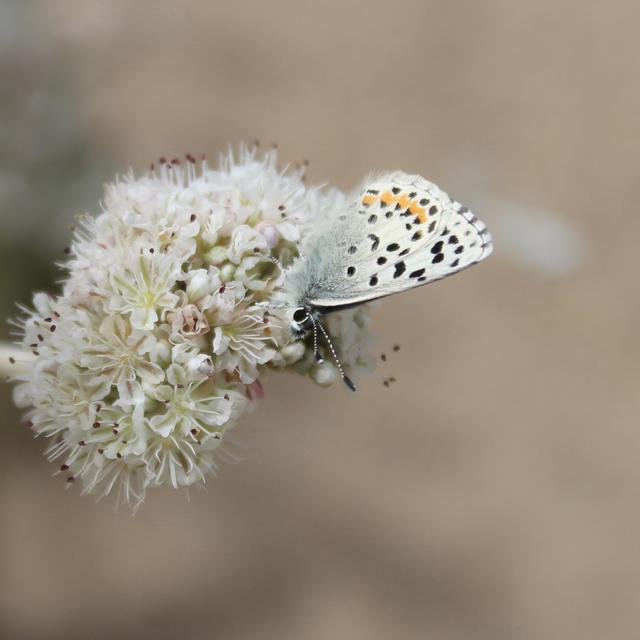 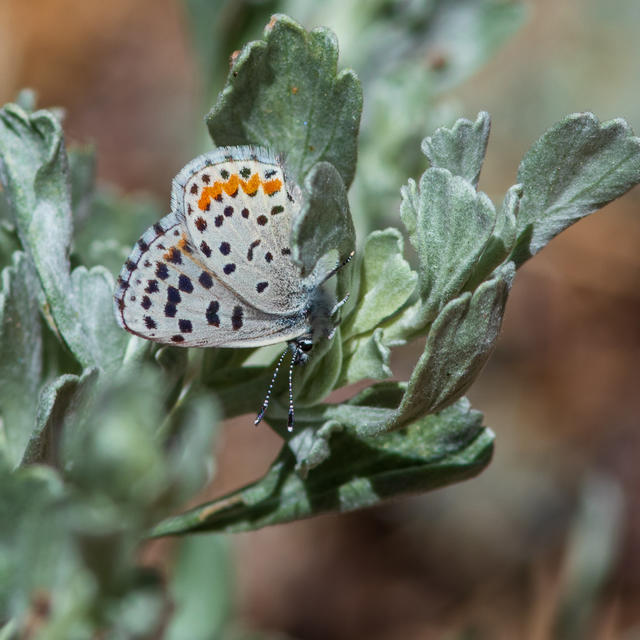 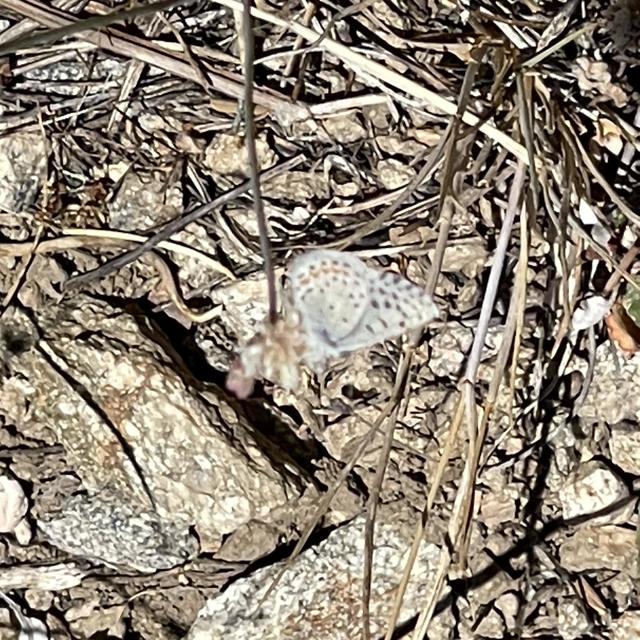 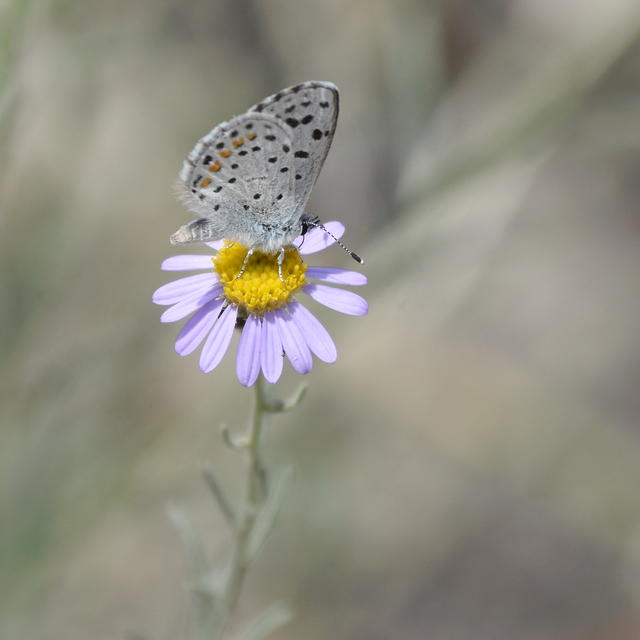 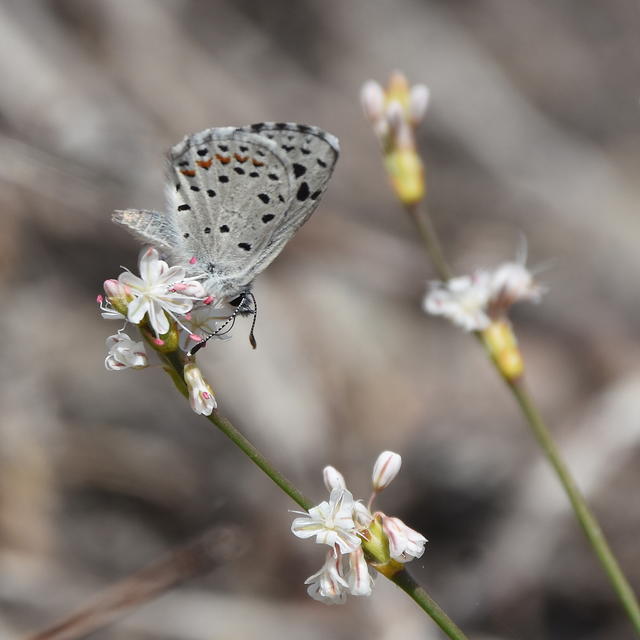 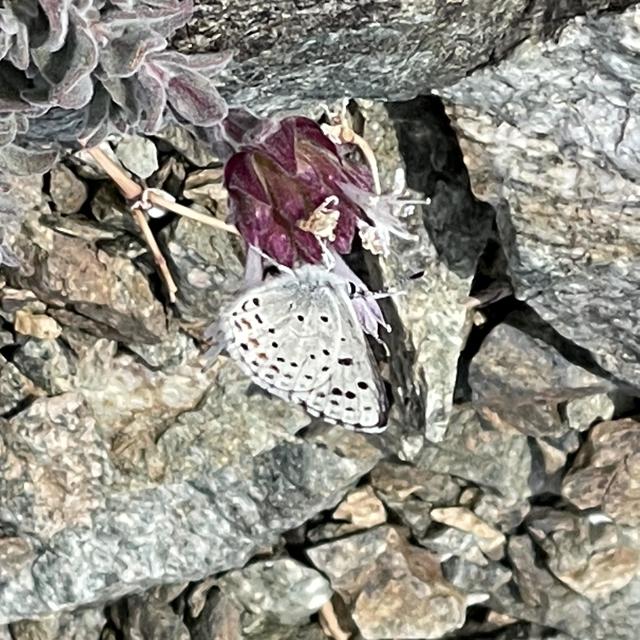 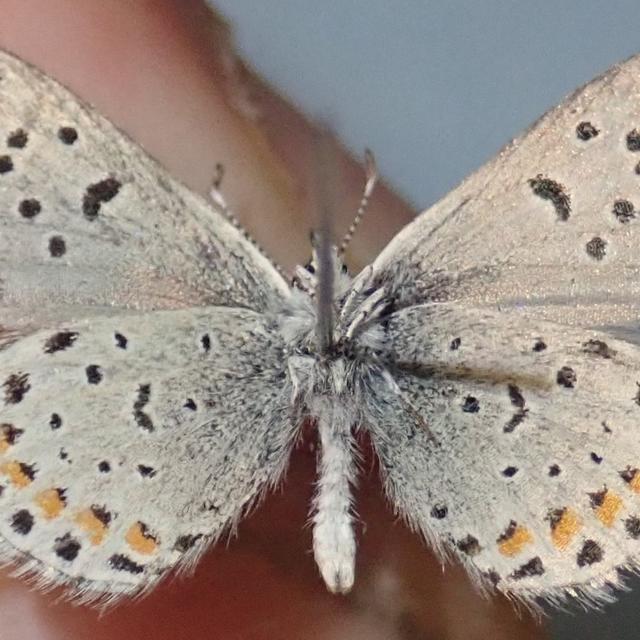 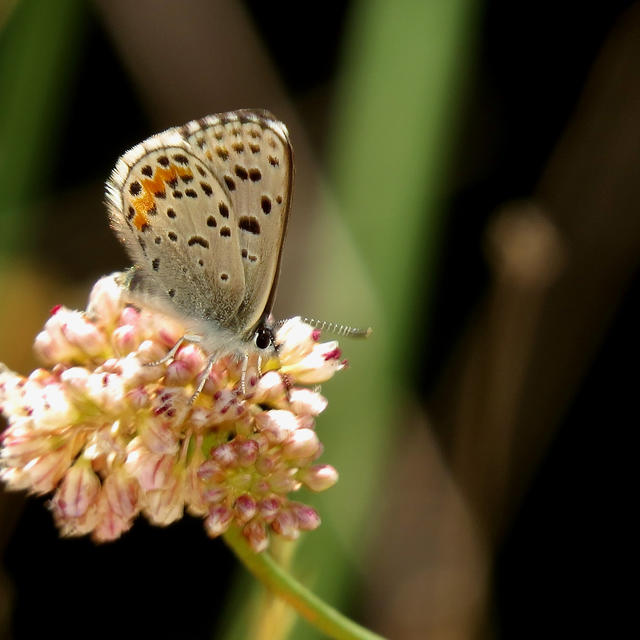 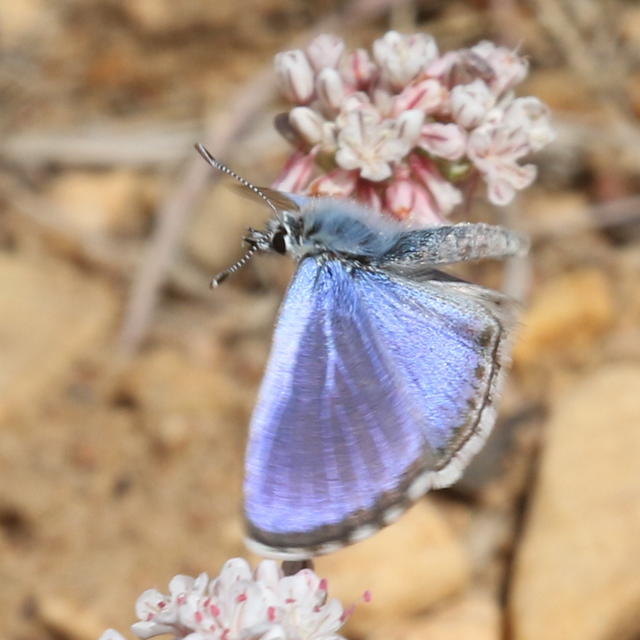 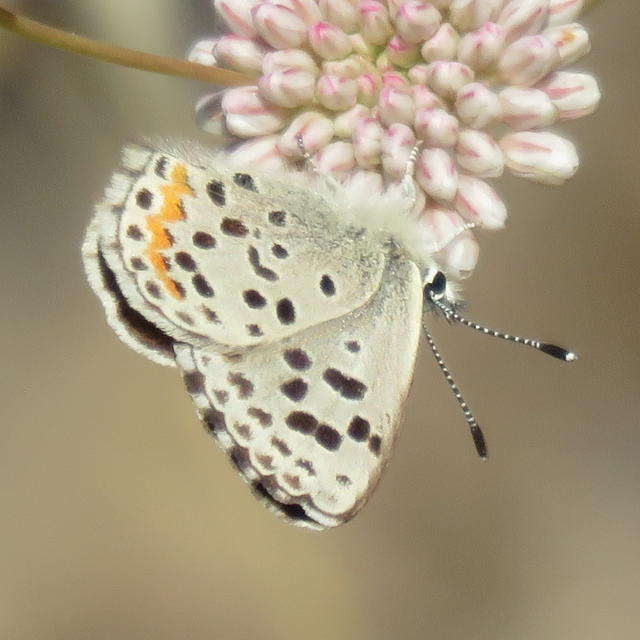 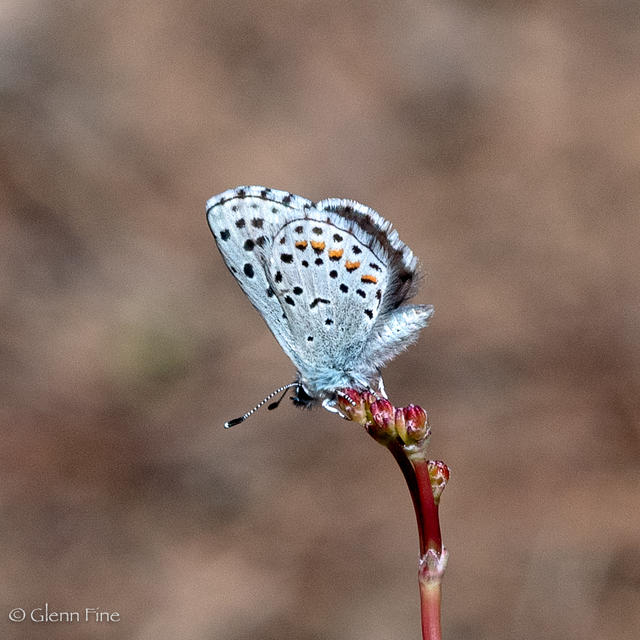 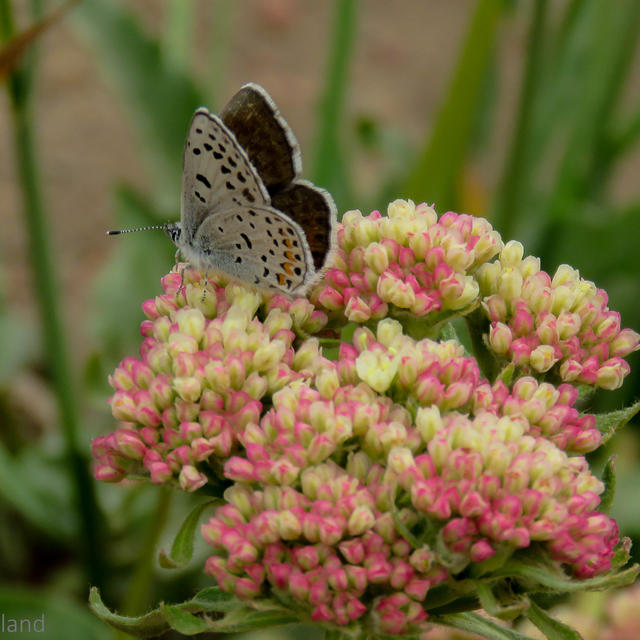 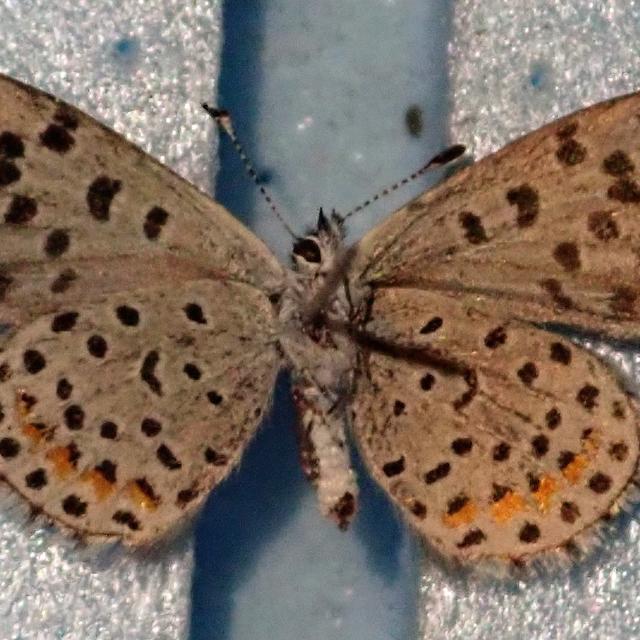 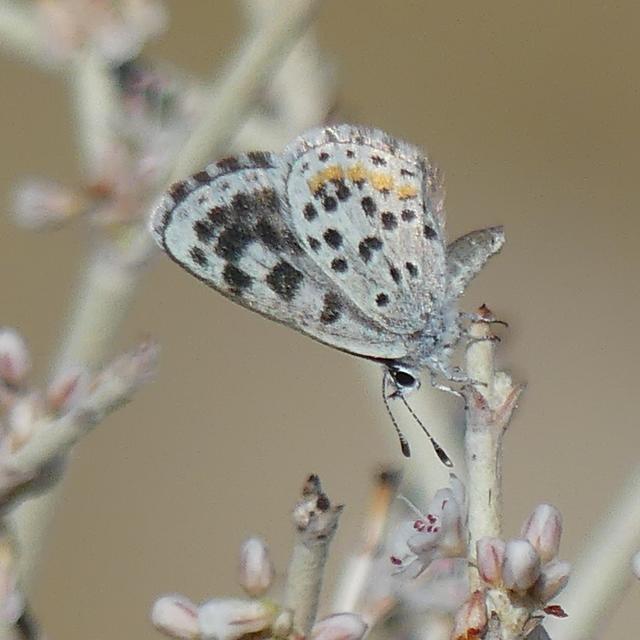 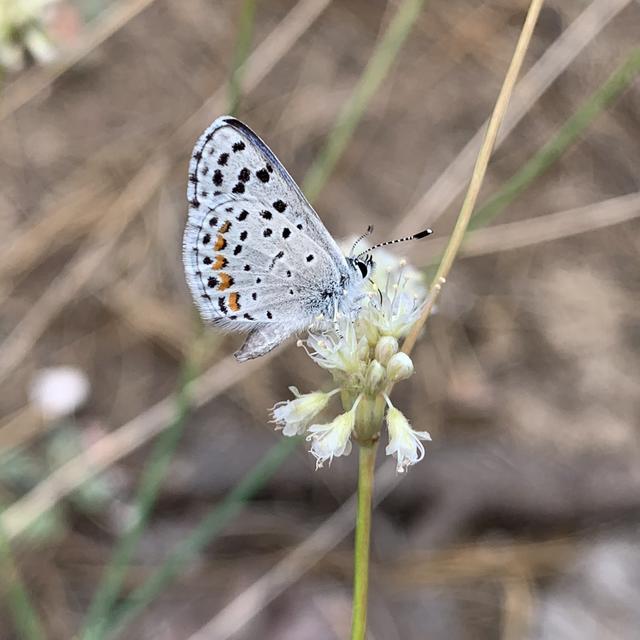 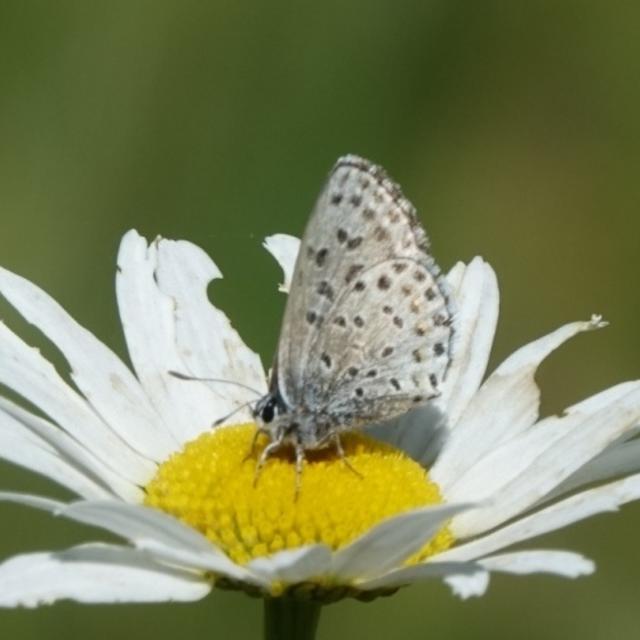 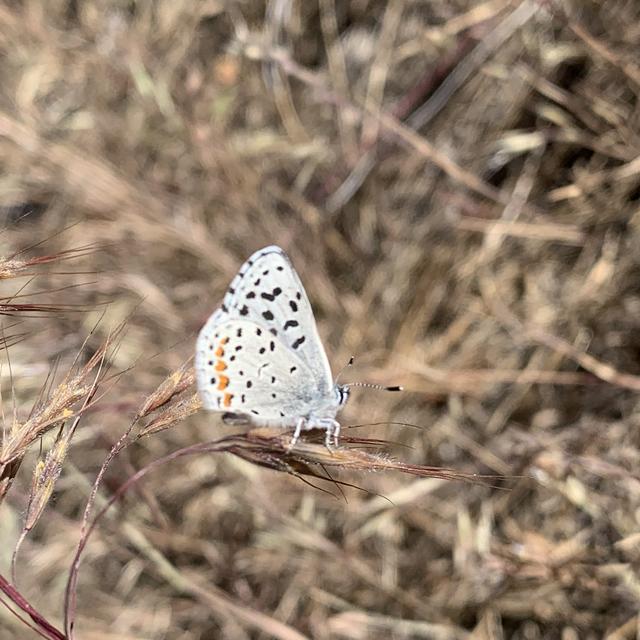 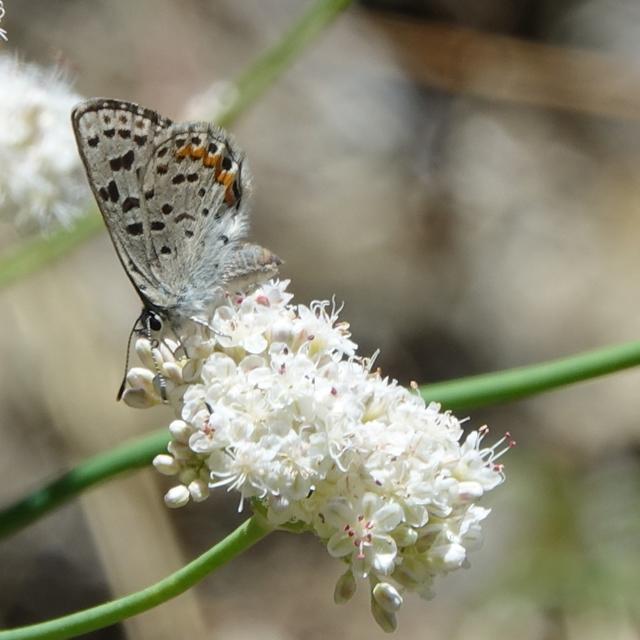