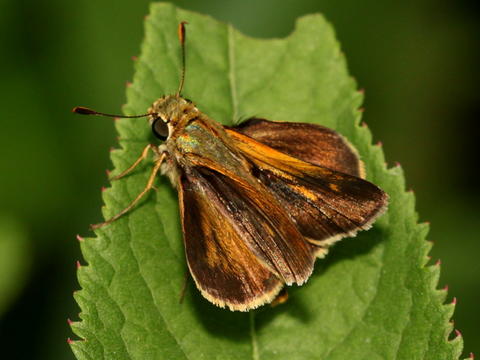 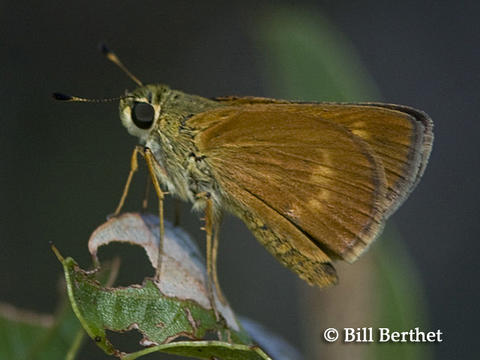 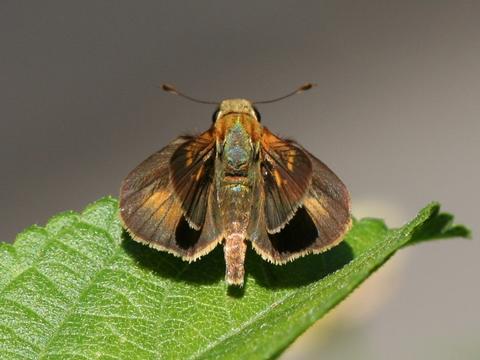 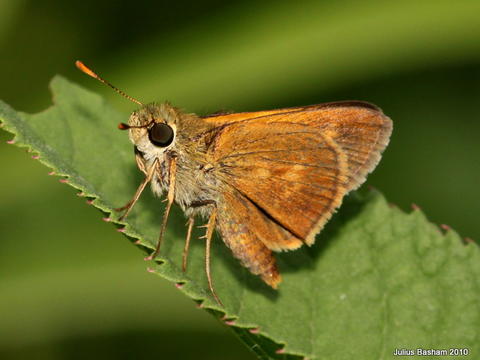 Family: Hesperiidae
Subfamily: Hesperiinae
Identification: Upperside of male is brown with a few orange or red-oranges patches and a two-part black stigma (the "broken dash"). Female upperside is dark brown with pale orange spots. Underside of hindwing in both sexes is orange or red-orange and has a band of pale spots.
Wing Span: 1 - 1 3/8 inches (2.4 - 3.5 cm).
Life History: Males perch on vegetation within 2 feet of the ground to watch for females, usually in the early morning. Females lay eggs singly on or near the host plants. Caterpillars live in nests of silk-tied leaves; when they come out to eat they carry a piece of leaf over themselves for protection.
Flight: Two broods (sometimes a partial third) from April-October; all year in peninsular Florida and South Texas.
Caterpillar Hosts: Paspalum and St. Augustine grass (Stenotaphrum secundatum).
Adult Food: Nectar from flowers including pickerelweed, selfheal, and sweet pepperbush.
Habitat: Openings near wooded rivers or swamps.
Range: Eastern Texas and the southeastern United States south through the West Indies and Central America to Argentina. Strays north to central Missouri, northern Kentucky, and Delaware.
Conservation: Not usually required.
NCGR: G4 - Apparently secure globally, though it might be quite rare in parts of its range, especially at the periphery.
Management Needs: None reported.
Comments: NULL