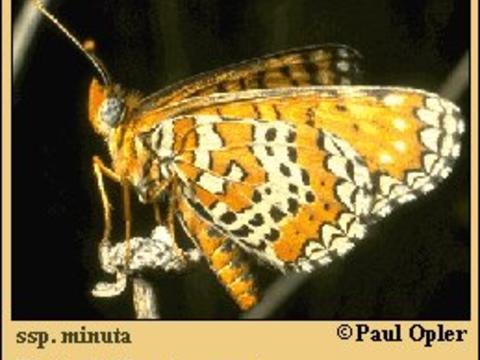 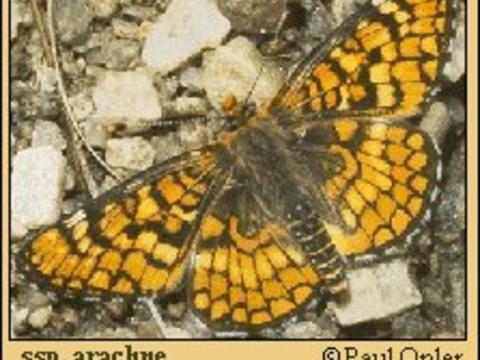 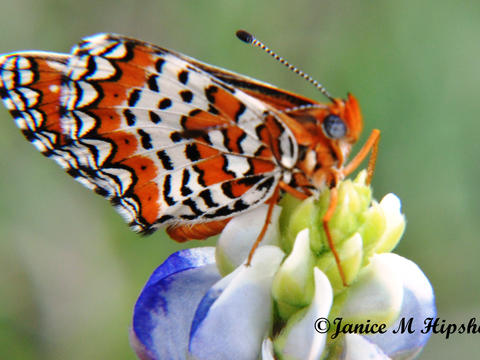 Family: Nymphalidae
Subfamily: Nymphalinae
Identification: Upperside bright red-orange with submarginal band of small crescents. Underside orange. Hindwing outer margin with row of white spots and then a row of white crescents bordered with black. White median band has thin black line or 2 rows of black spots.
Wing Span: 1 1/4 - 1 7/8 inches (3.2 - 4.8 cm).
Life History: Males perch on low plants on ridgetop openings during the morning hours; in the afternoons they patrol around flowers. Females lay eggs in batches on the underside of host plant leaves. Caterpillars eat leaves and feed together in groups when they are young. Hibernation is by the third-stage caterpillars.
Flight: Several flights from January-September.
Caterpillar Hosts: Various beardtongues (Penstemon species) in the figwort family (Scrophulariaceae).
Adult Food: Nectar from flowers including yellow composites.
Habitat: Foothill ridges, grasslands, open mountain meadows.
Range: Western Nebraska, southeast Wyoming, and eastern Nevada south through south-central Texas, New Mexico, Arizona south to southern Mexico. Isolated population in southern Sierra Nevada of California.
Conservation: Not usually of conservation concern, but ssp. monache and minuta are of restricted range or in need of monitoring.
NCGR: G5 - Demonstrably secure globally, though it may be quite rare in parts of its range, especially at the periphery.
Management Needs: None reported.
Comments: NULL 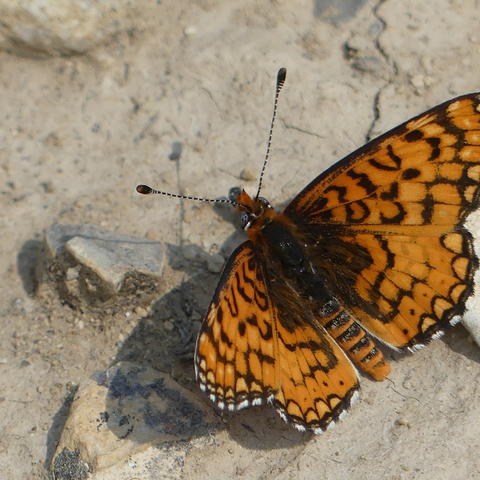 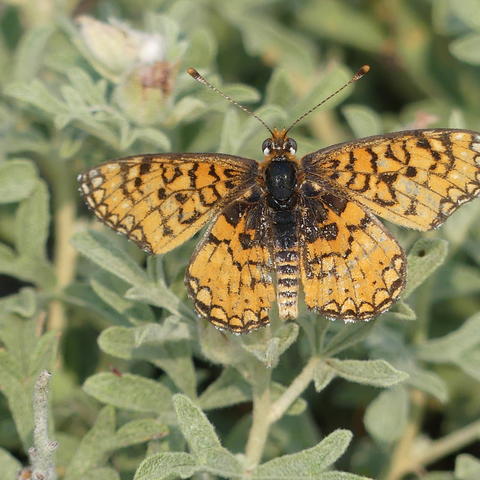 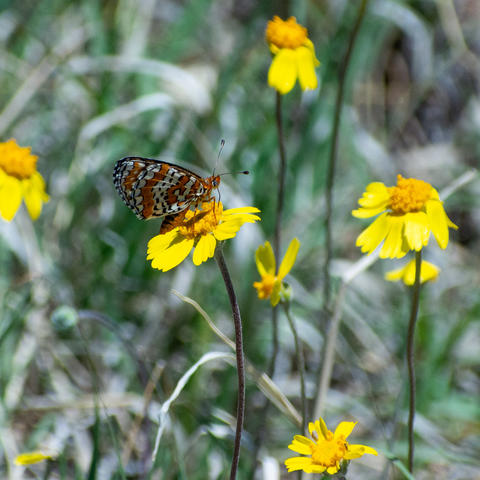 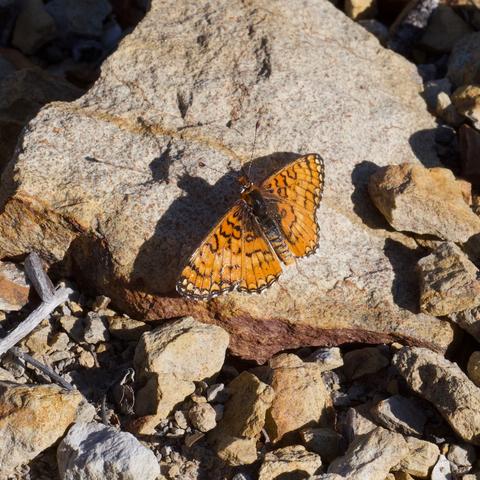 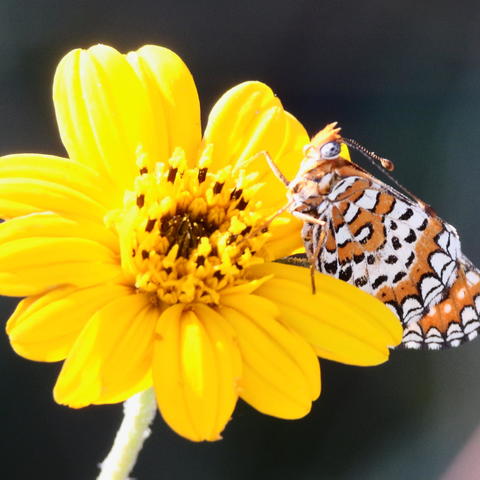 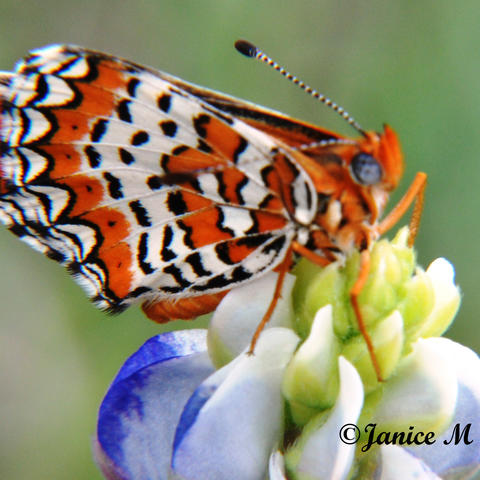 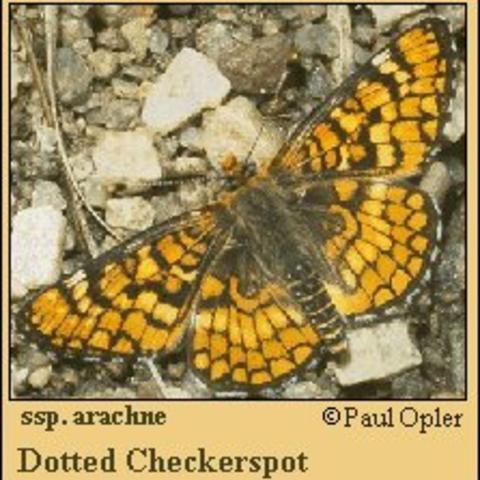 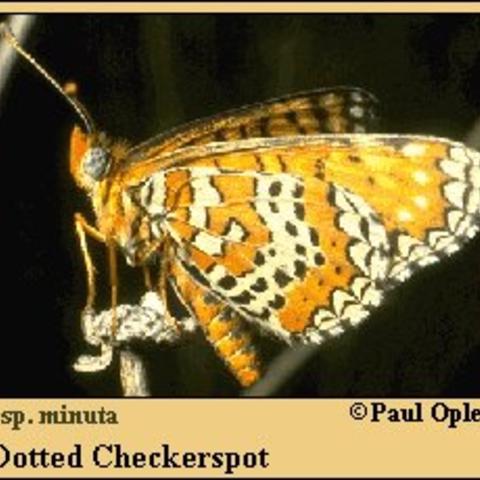