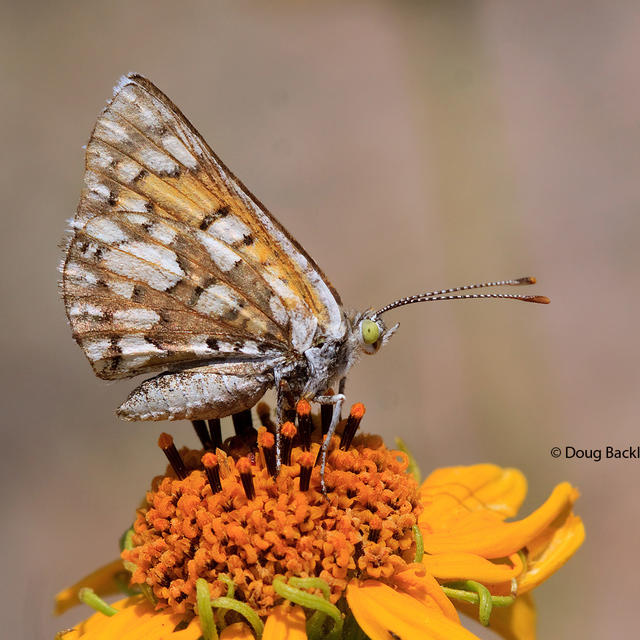 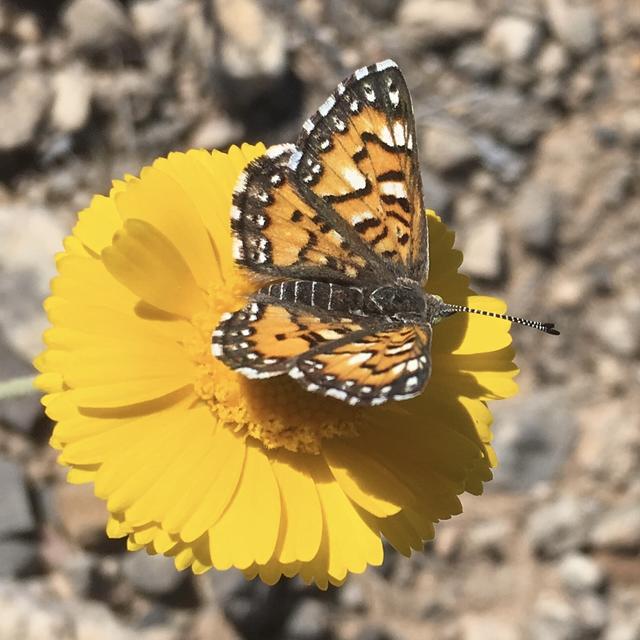 Family: Riodinidae
Subfamily: Riodininae
Identification: Upperside yellow-orange with white spots (some black-edged) and black outer areas.
Wing Span: 1 - 1 5/16 inches (2.5 - 3.3 cm).
Life History: Males perch to watch for females. Eggs are laid in groups of 2-4 on lower leaves of host plant, or singly on other parts of plant. Caterpillars rest during the day in shelters of leaves tied together with silk, emerging at night to feed. Young caterpillars feed on leaves, older caterpillars eat leaves and stems.
Flight: Late April to early October (2-3 flights).
Caterpillar Hosts: Kramerias.
Adult Food: Nectar from flowers.
Habitat: Various arid lands
Range: Southern New Mexico, west Texas and adjacent mainland Mexico.
Conservation: Not believed to be in need of conservation.
NCGR: Probably G5 - Demonstrably secure globally, though it may be quite rare in parts of its range, especially at the periphery.
Management Needs: None reported.
Comments:
Taxonomy Notes: Has previously been referred to as the Mexican Metalmark, but this common name is typically used for Apodemia mejicanus. 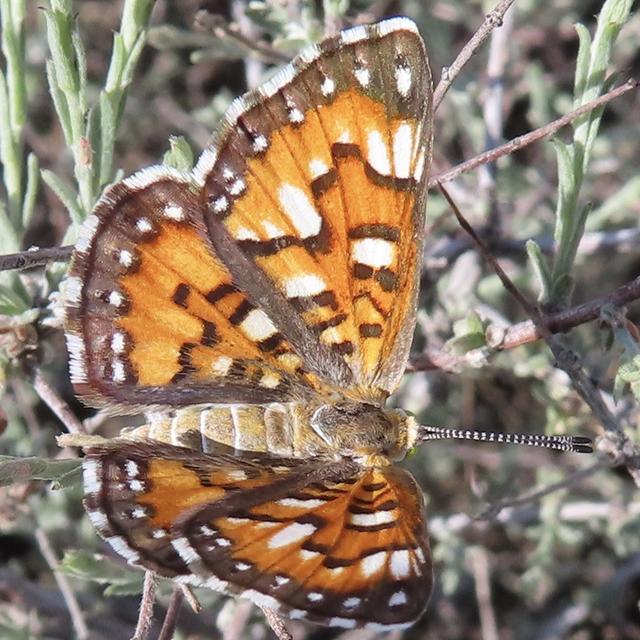 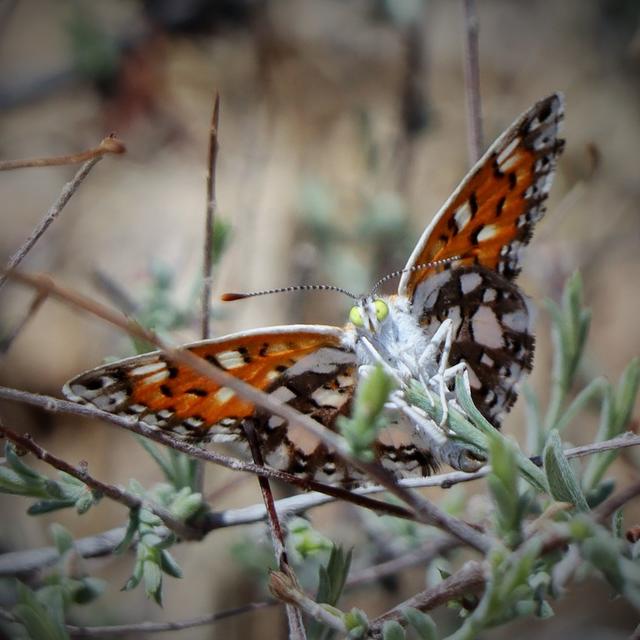 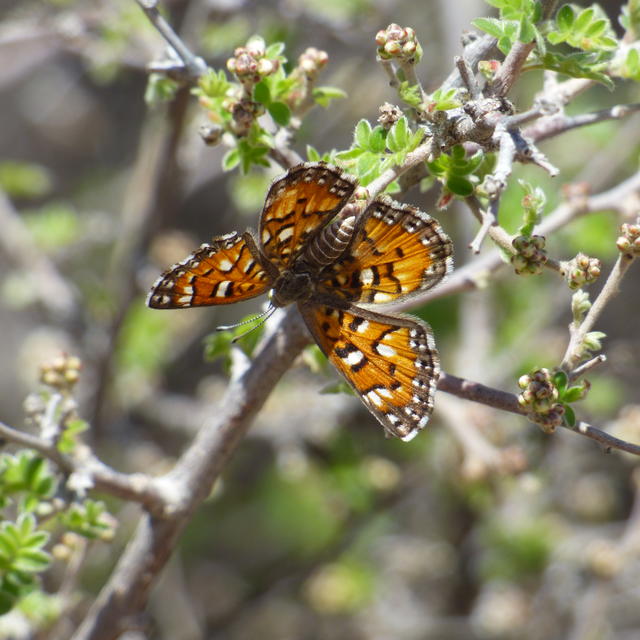 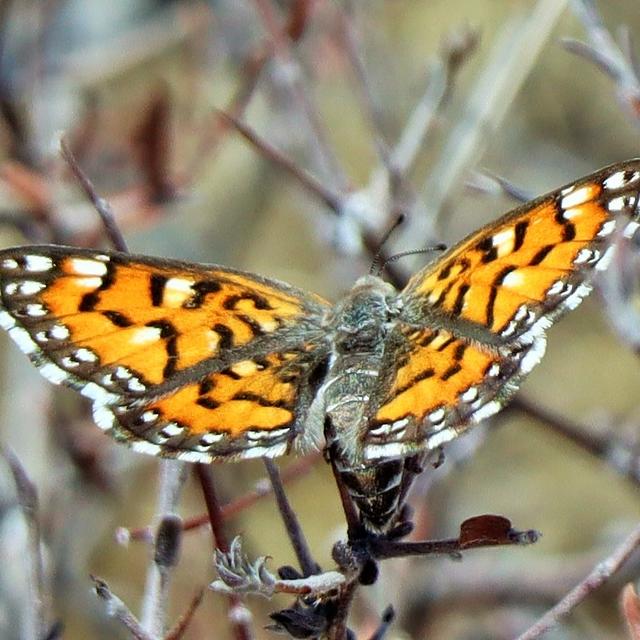 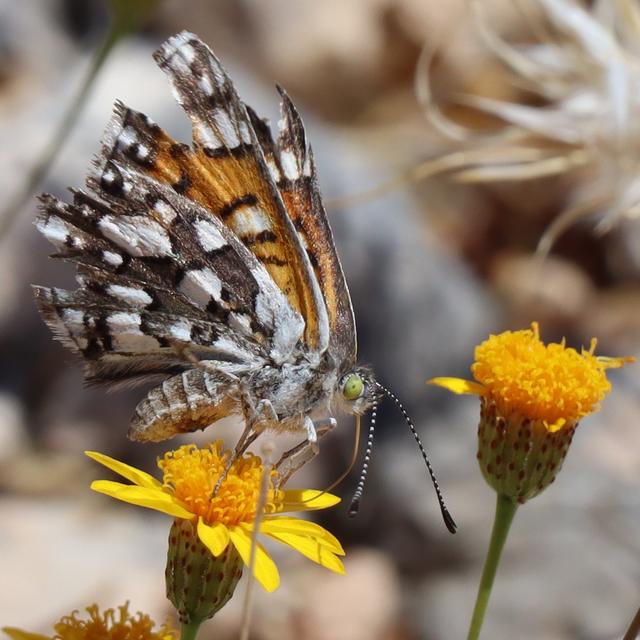 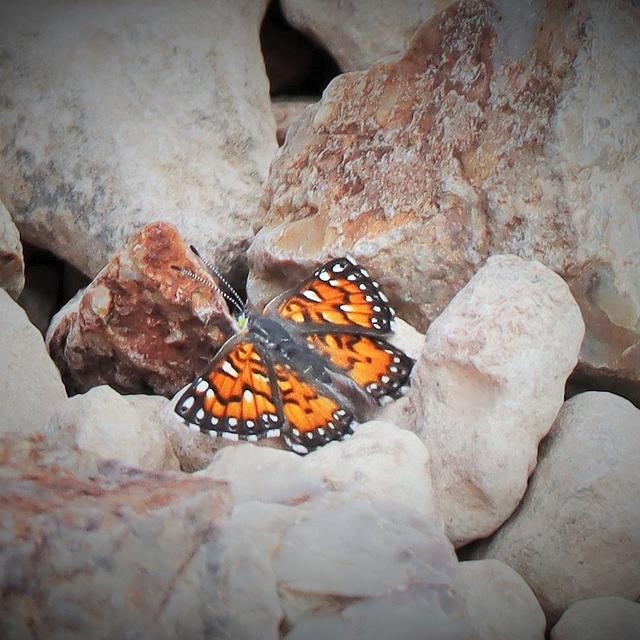 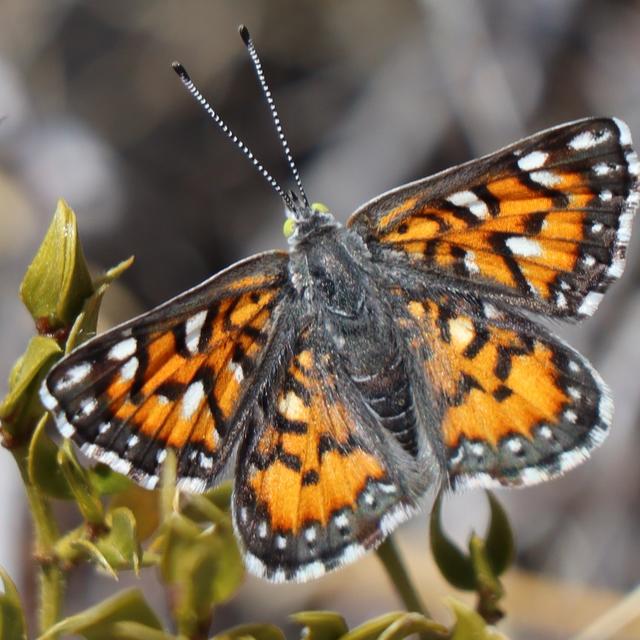 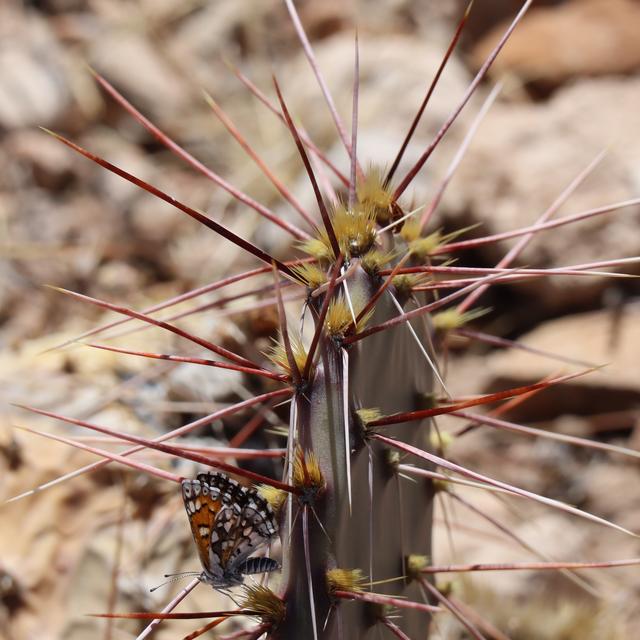 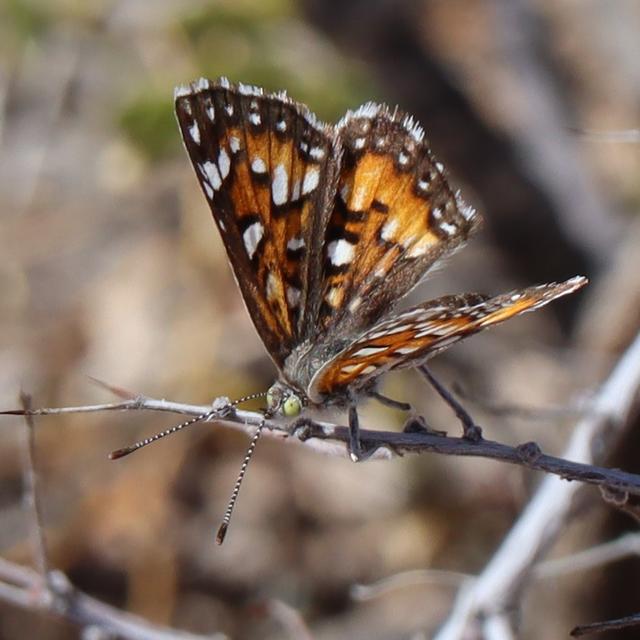 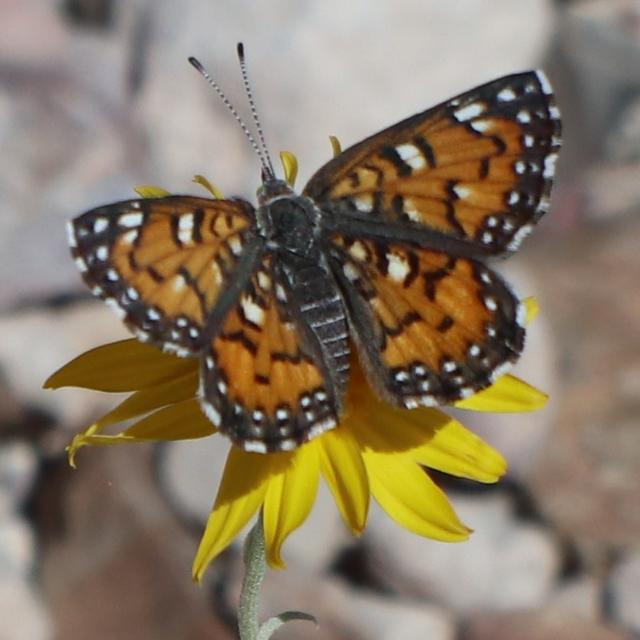 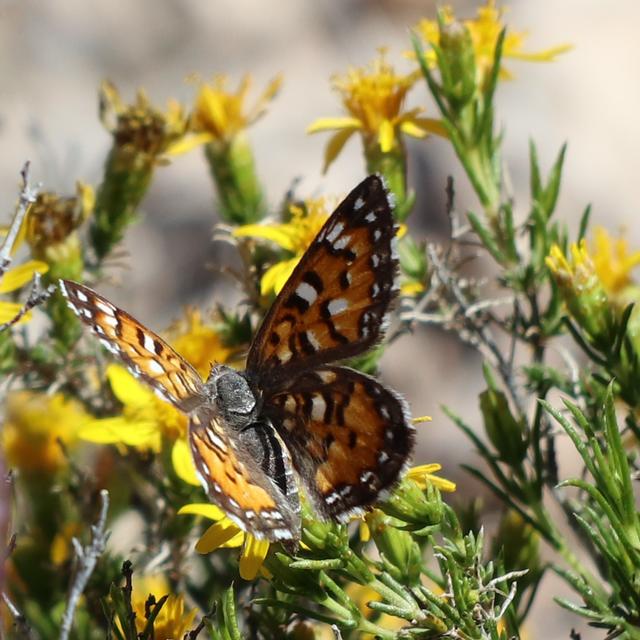 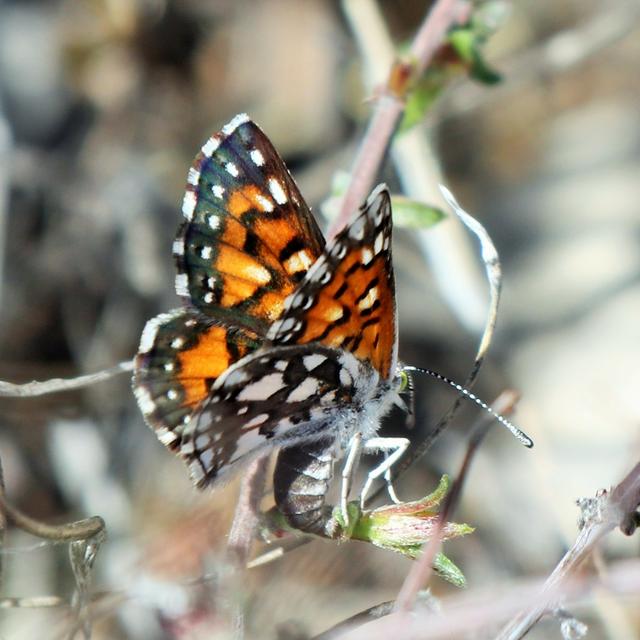 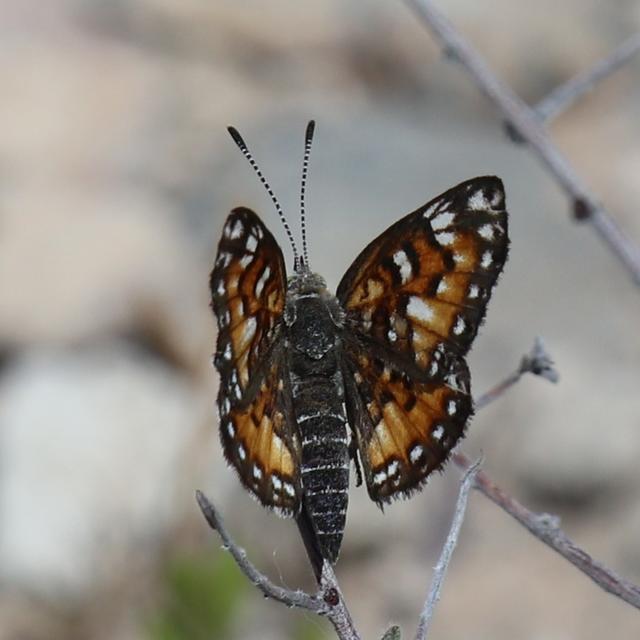 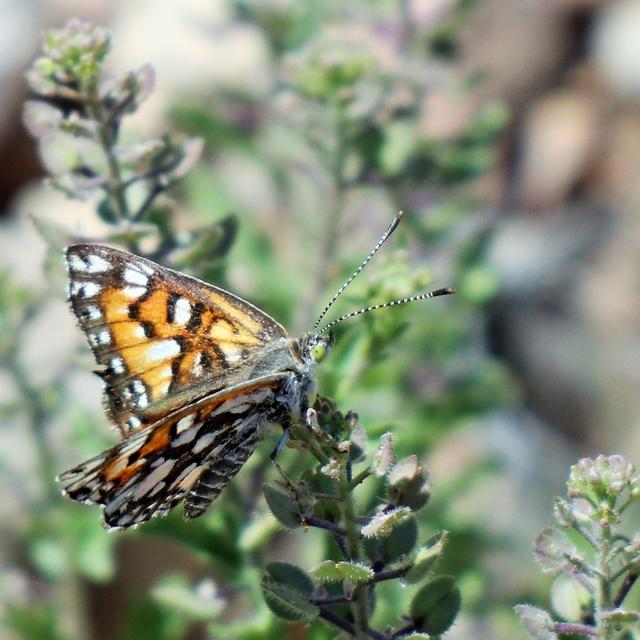 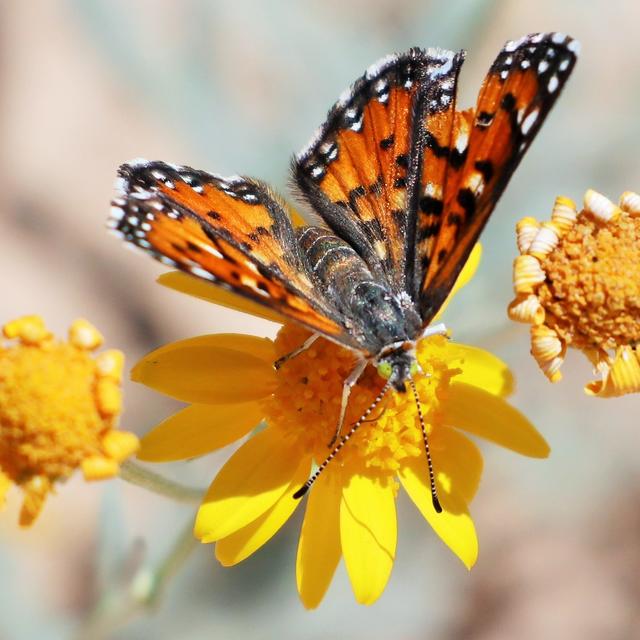 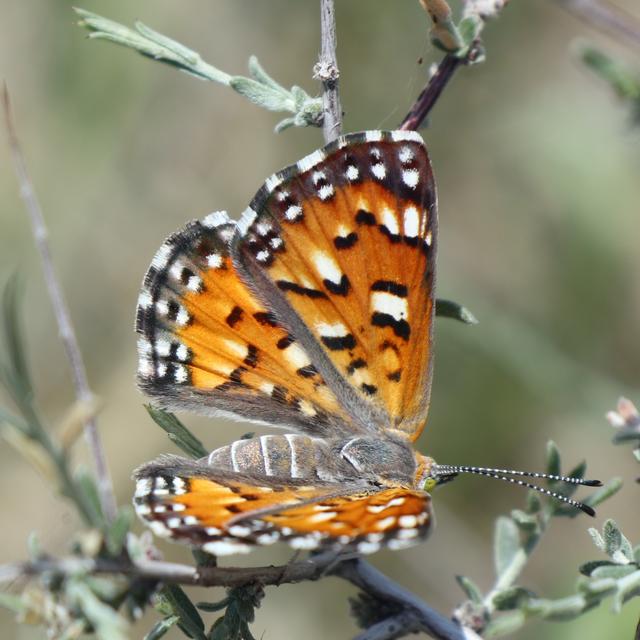 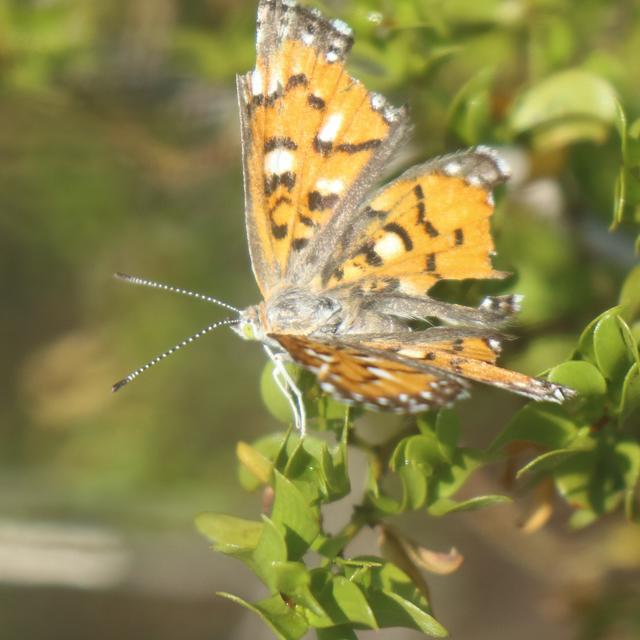 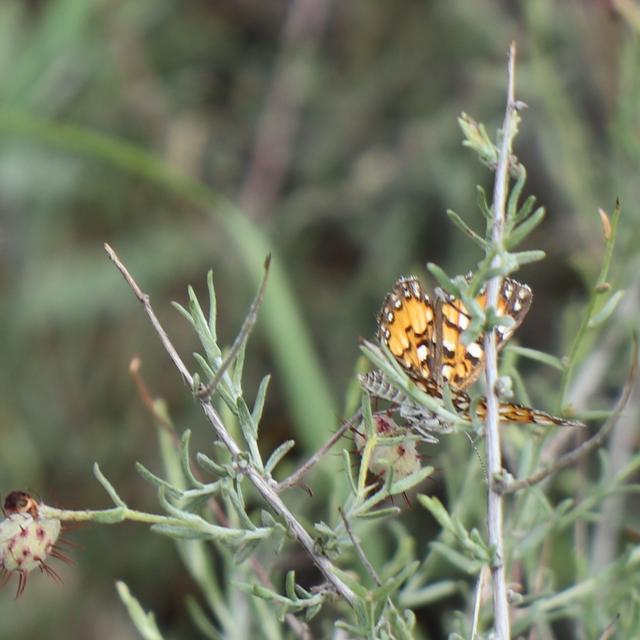 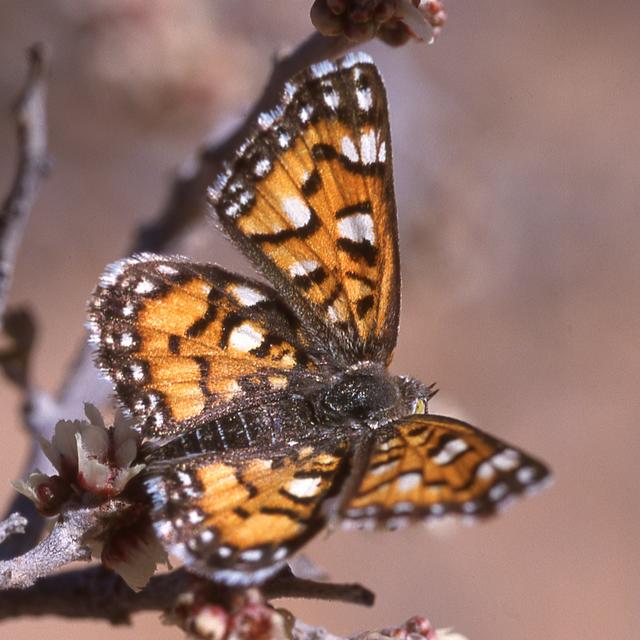 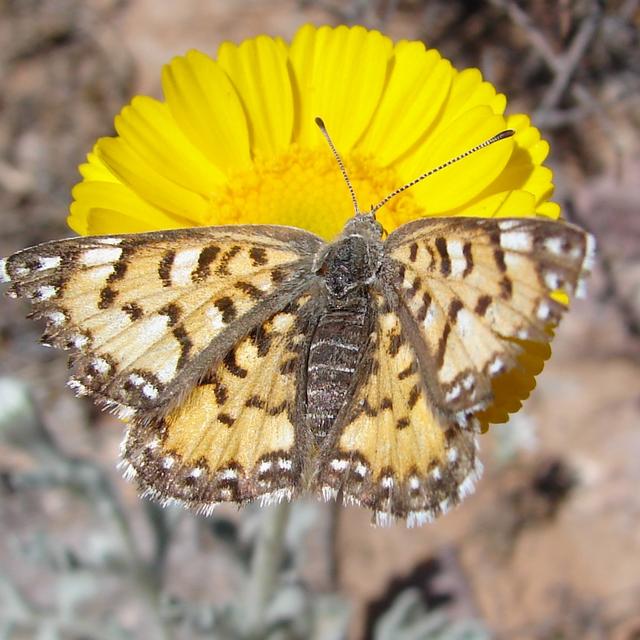 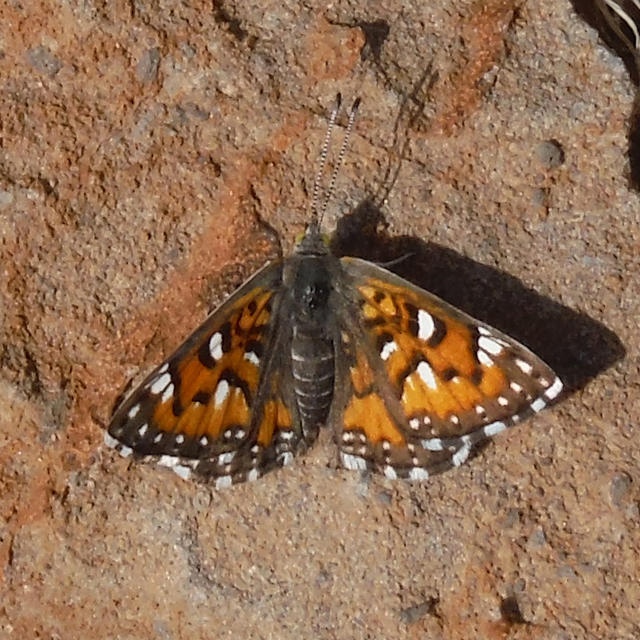 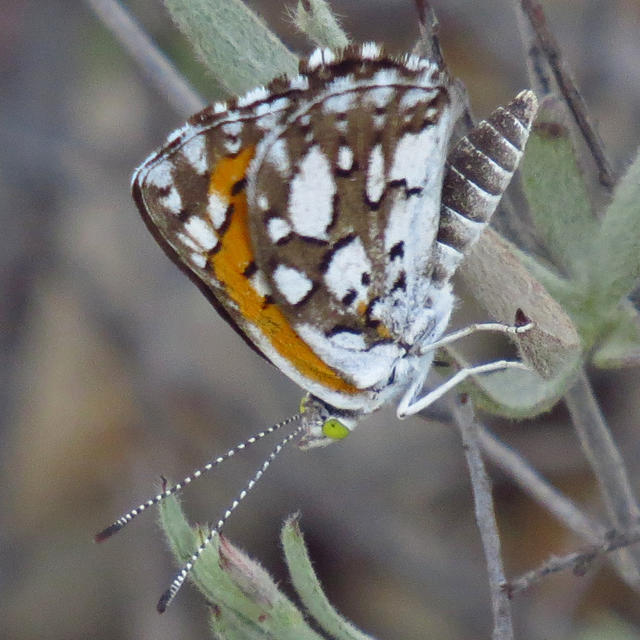