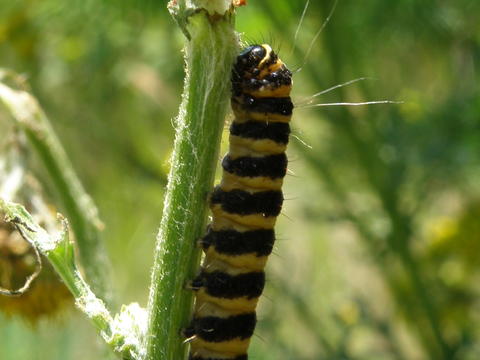 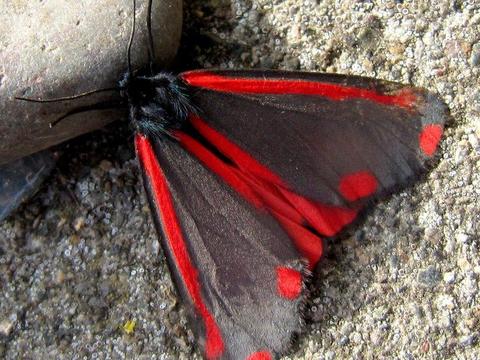 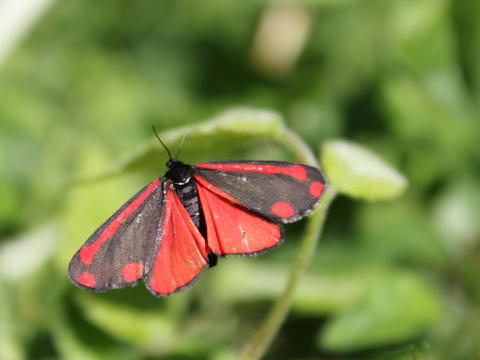 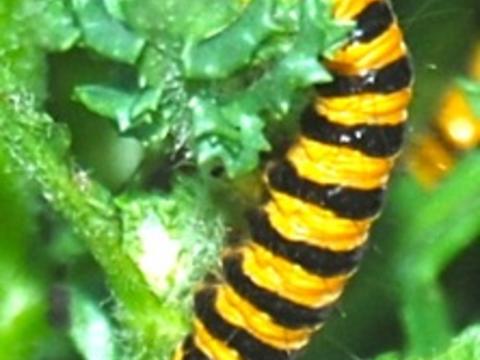 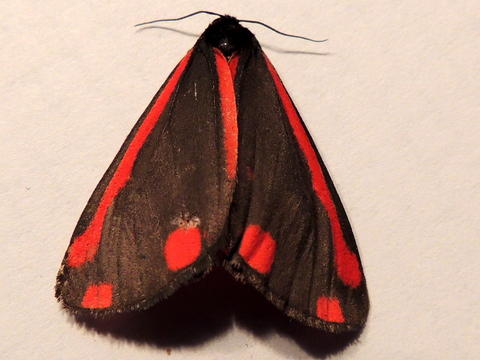 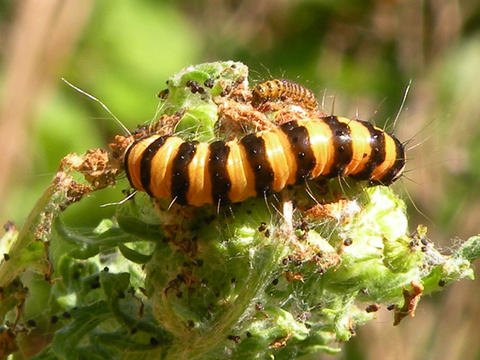 Family: Erebidae
Subfamily: Arctiinae
Identification:
Wing Span:
Life History:
Flight:
Caterpillar Hosts: Senecio jacobaea (Tansy Ragwort)
Adult Food:
Habitat:
Range: Europe. Introduced to North America.
Conservation:
NCGR:
Management Needs:
Comments: While this species was introduced as a biocontrol agent on tansy ragwort, it has become firmly established in most areas where it can be found. (Dana Ross)
Tyria jacobaeae (Cinnabar Moth) was introduced from Europe as a control for the introduced plant Senecio jacobaea (Tansy Ragwort), the host plant for its caterpillars, which is toxic to livestock. (Bob Martin) 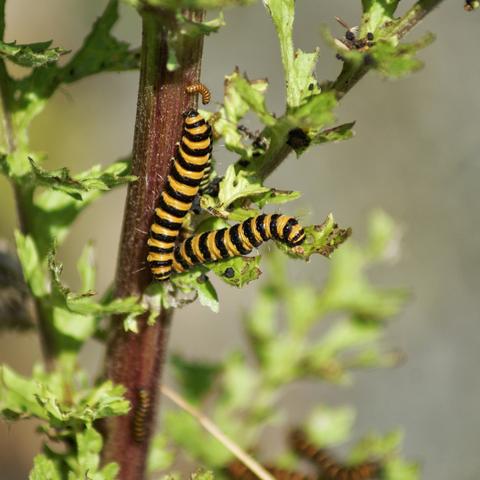 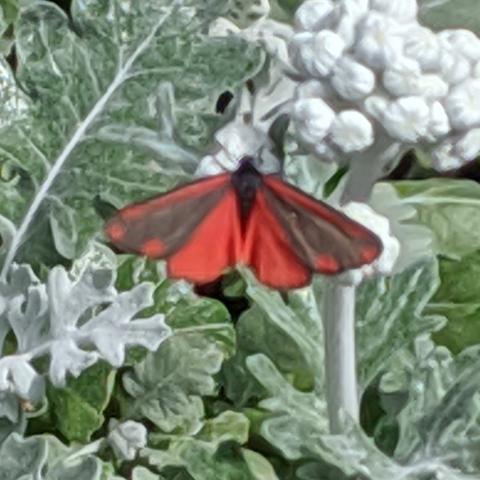 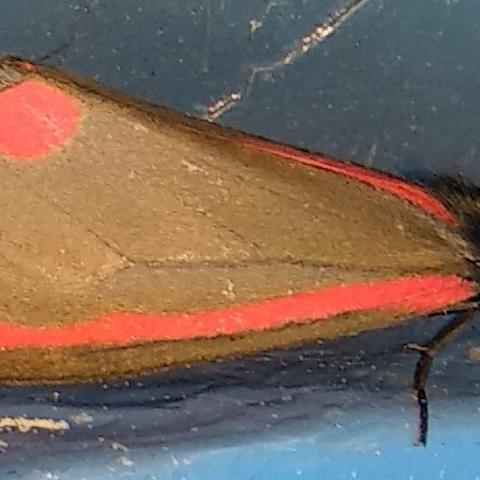 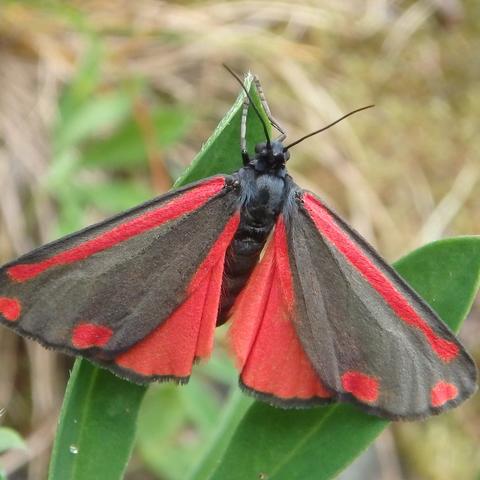 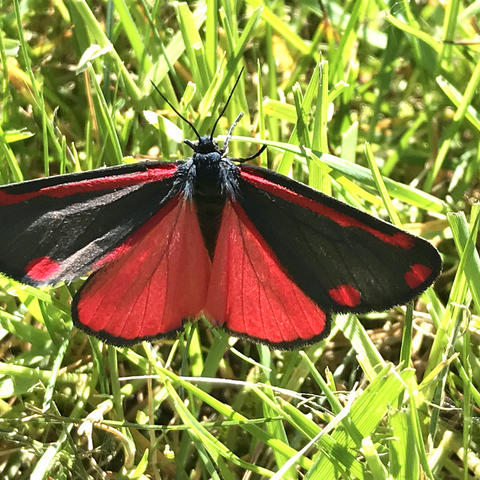 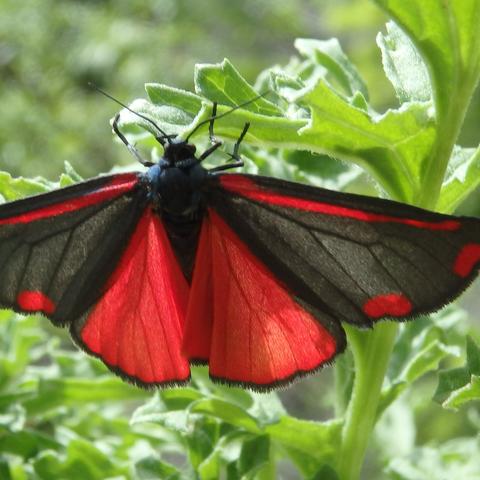 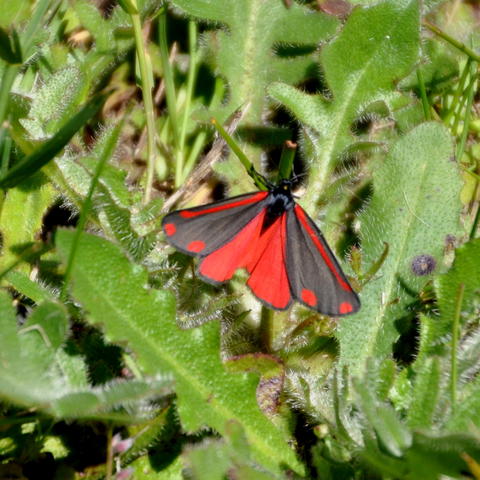 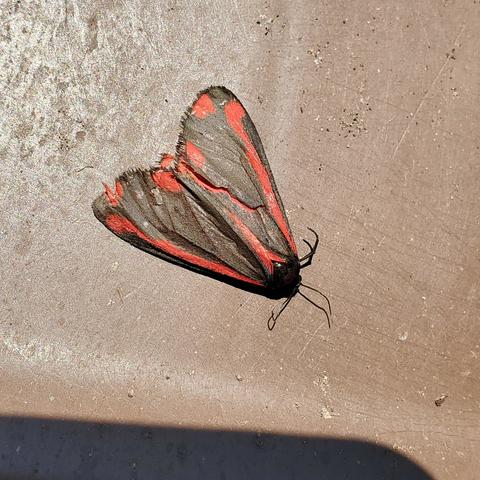 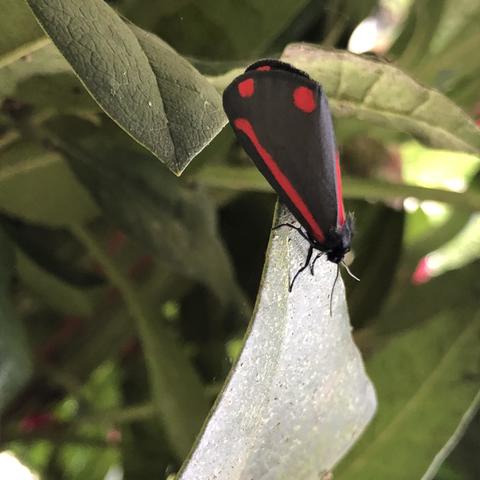 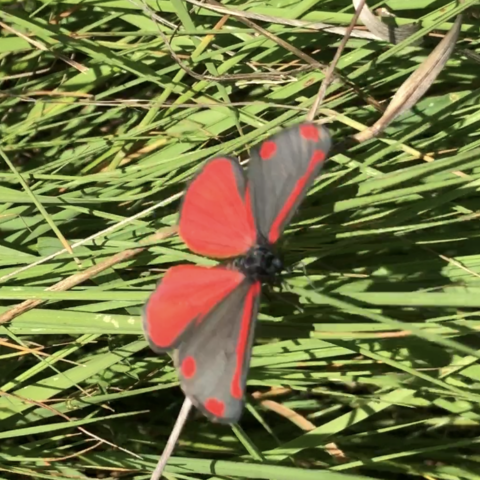 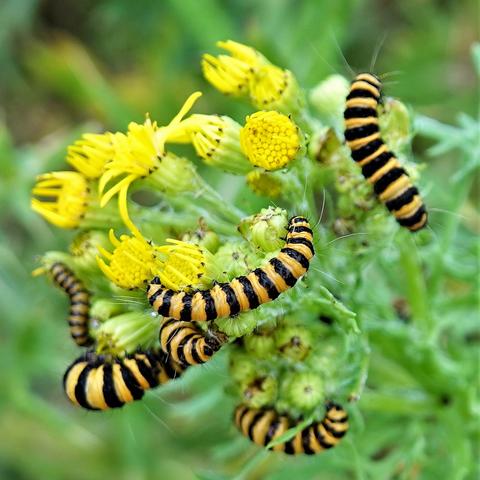 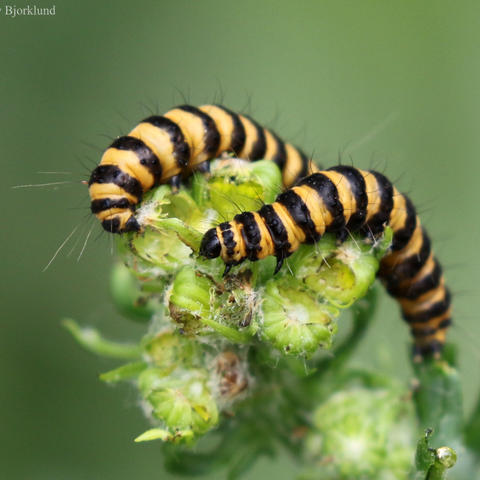 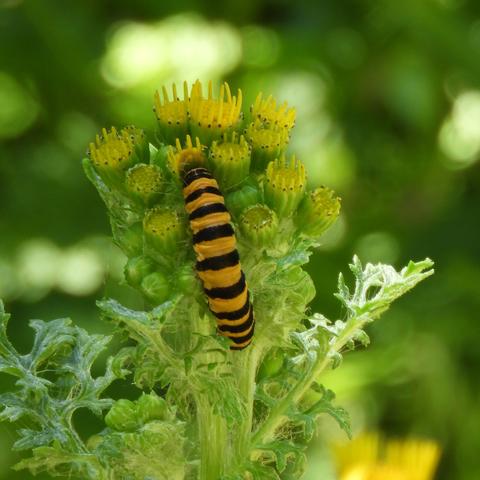 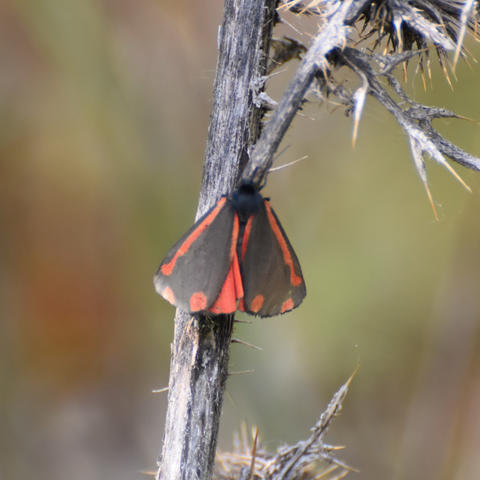 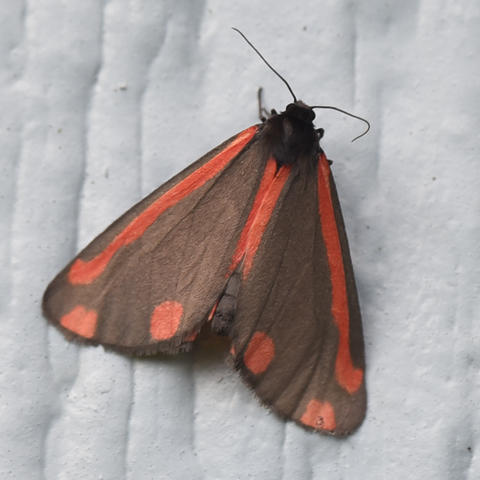 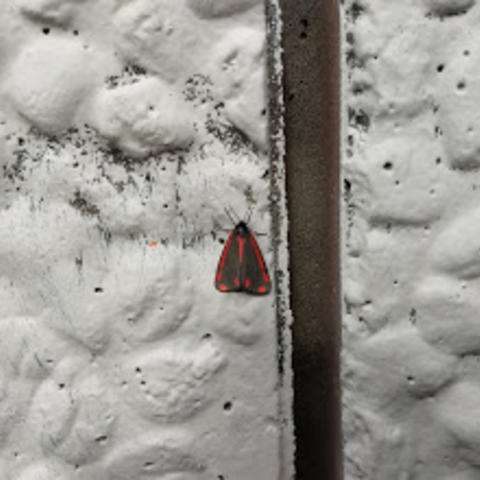 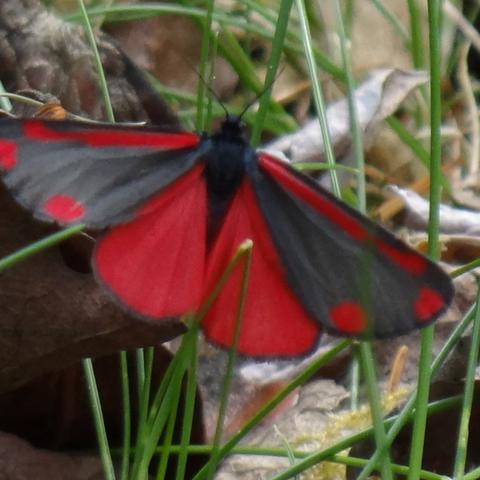 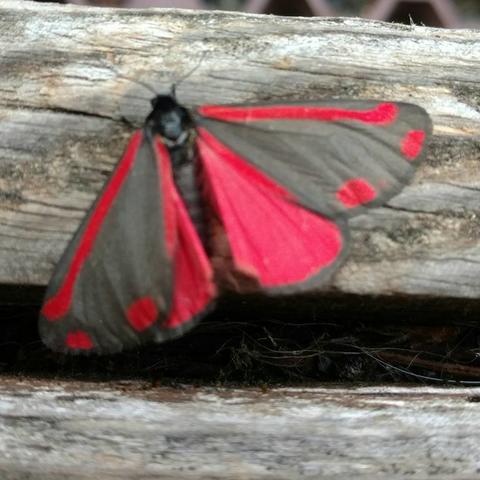 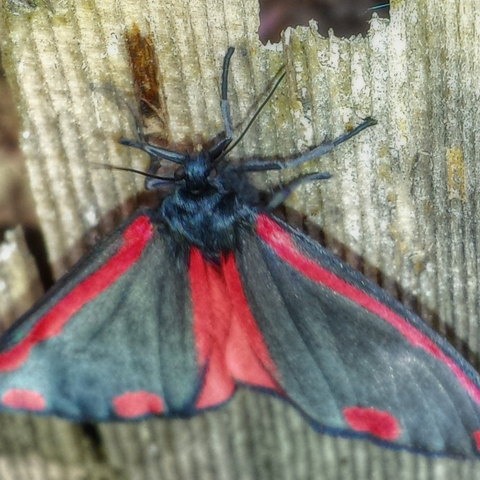 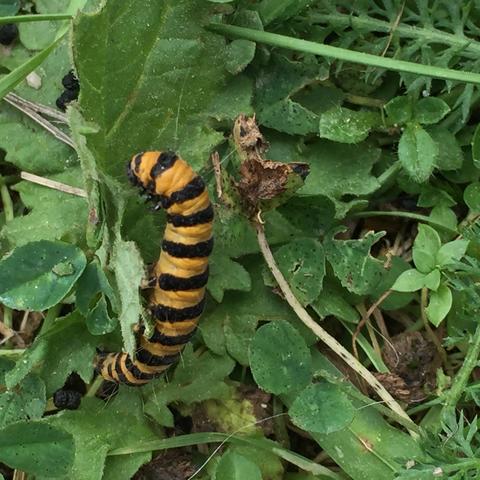 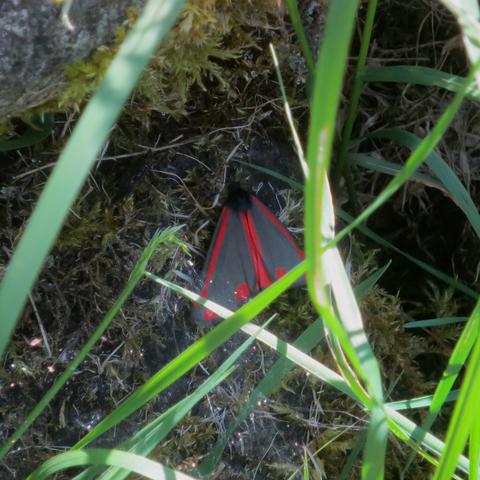 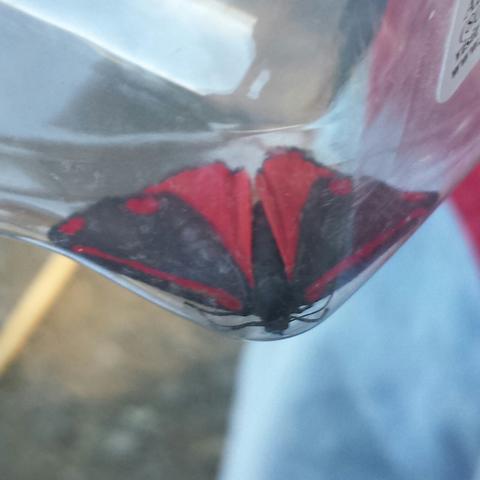 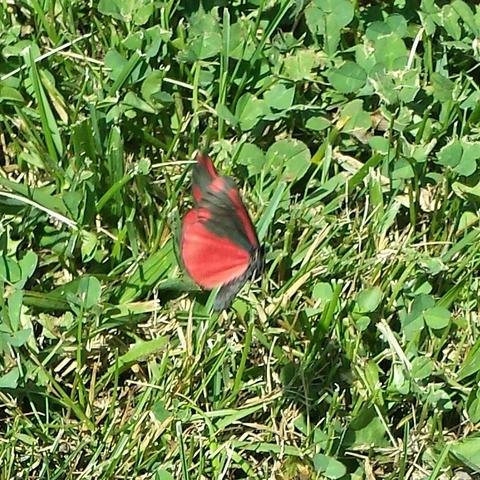 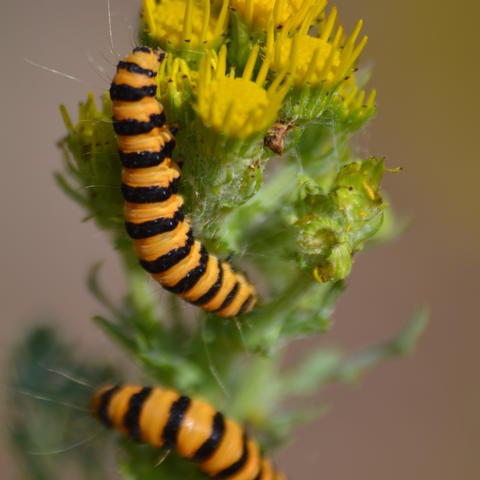