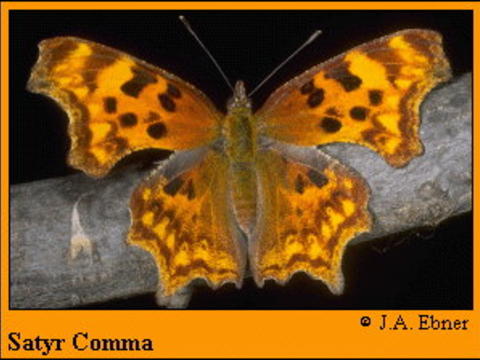 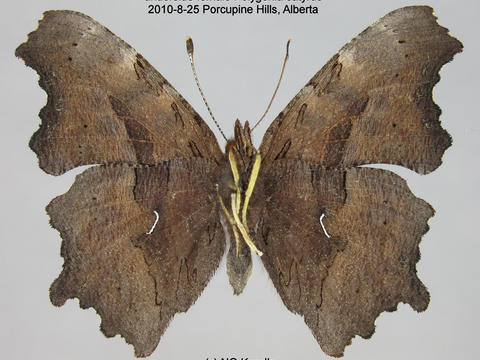 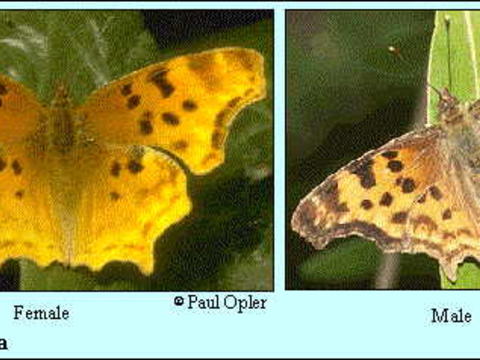 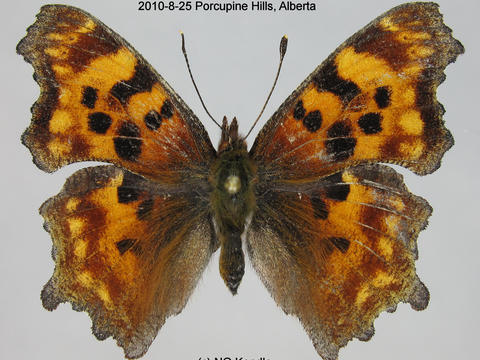 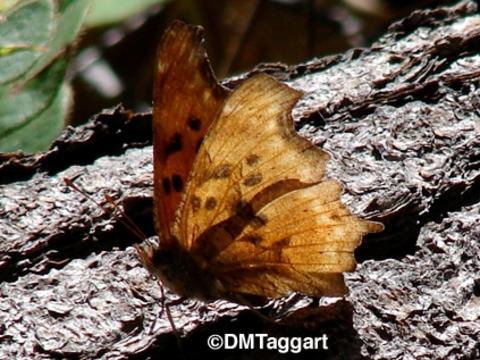 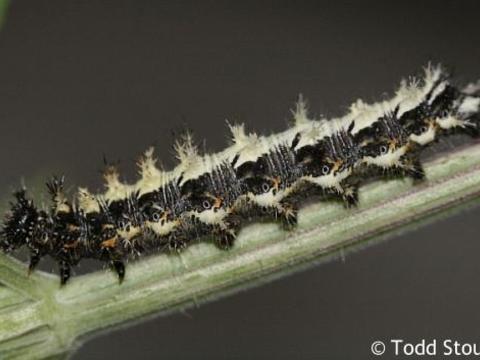 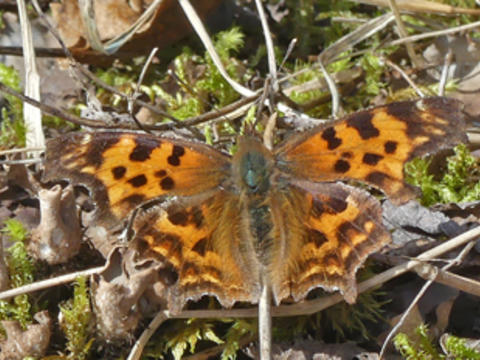 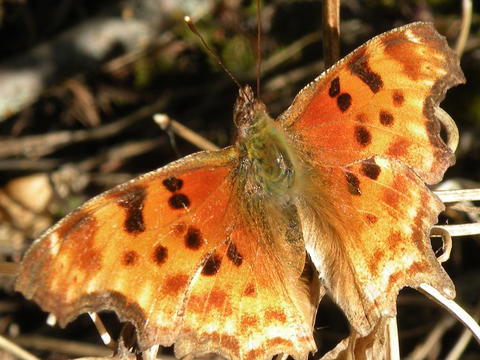 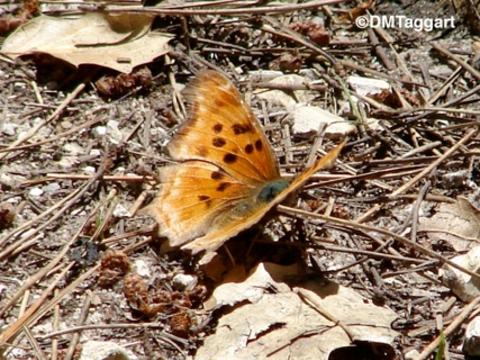 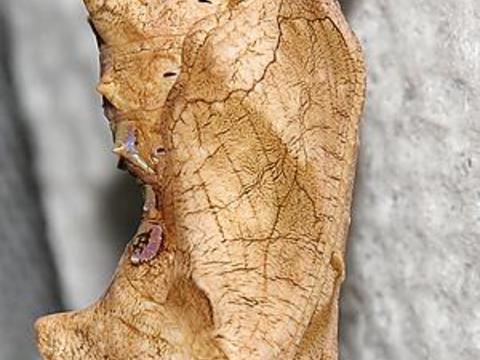 Family: Nymphalidae
Subfamily: Nymphalinae
Identification: Upperside is bright yellow-orange; forewing with two black spots near center of bottom edge; hindwing lacks a dark border, has a black spot in center of wing. Underside is light and dark golden brown, median band relatively straight; hindwing with a silver comma in center.
Wing Span: 1 3/4 - 2 1/2 inches (4/5 - 6.4 cm).
Life History: In late afternoon, males perch on tree trunks and low vegetation in woodland openings to watch for females. Eggs are laid singly, in stacks, or in groups on the lower side of nettle leaves. Caterpillars eat leaves and make a shelter by pulling down and fastening the edges of a leaf with silk. Adults hibernate.
Flight: Two to three flights on the Pacific Coast from February-November; two flights in Colorado, Nevada, and Saskatchewan from June-September; one flight in remainder of range from July-September.
Caterpillar Hosts: Various nettles (Urticaceae species).
Adult Food: Tree sap, rotting fruit, flower nectar including that from blackberry and almond.
Habitat: Valley bottoms, along streams, wooded prairie ravines, marshes, openings in riparian woods, fields and edges near moist woods.
Range: Southern Yukon and Northwest Territories south through western Canada and western United States to Baja California, southern Arizona, and southwest New Mexico; east across the Great Lakes states to northern New England and Nova Scotia.
Conservation: Not usually required.
NCGR: G5 - Demonstrably secure globally, though it may be quite rare in parts of its range, especially at the periphery.
Management Needs: None reported.
Comments: NULL