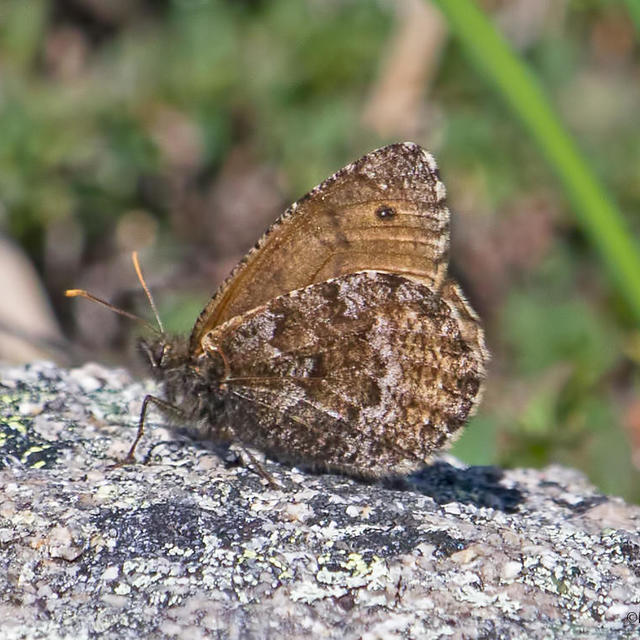 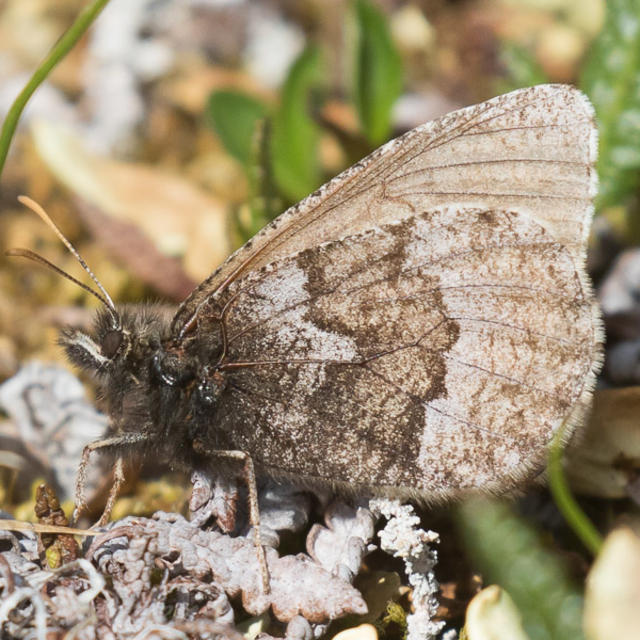 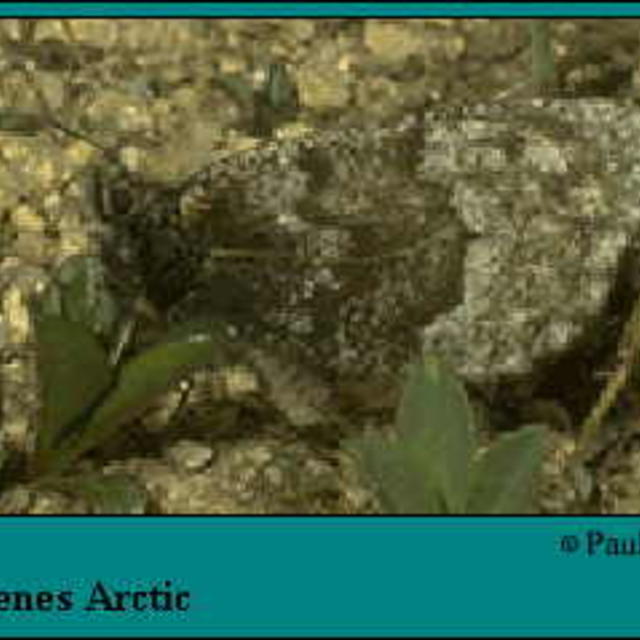 Family: Nymphalidae
Subfamily: Satyrinae
Identification: Wings are somewhat translucent. Upperside is gray-brown; male has no markings, female may have 2 small black eyespots. Underside of hindwing is mottled gray, brown, and black and has a distinct median band outlined in white.
Wing Span: 1 5/8 - 2 1/8 inches (4.2 - 5.4 cm).
Life History: Males patrol and occasionally perch during the day in grassy swales to seek females. Two years are required to complete development; the first winter is passed by first-stage caterpillars, the second winter by mature caterpillars.
Flight: One brood from mid-June to early August.
Caterpillar Hosts: Grasses and sedges.
Adult Food: Occasionally flower nectar.
Habitat: Open wet tundra.
Range: Alaska east through the North American arctic to Baffin Island, Labrador, eastern Quebec, and central Maine. Isolated populations in the Rocky Mountains south to northern New Mexico.
Conservation: Not usually required. Subspecies katahdin on Mt. Katahdin, Maine is geographically restricted but may not be of concern.
NCGR: G5 - Demonstrably secure globally, though it may be quite rare in parts of its range, especially at the periphery.
Management Needs: Determine status on Mt. Katahdin, Maine and monitor periodically.
Comments: NULL 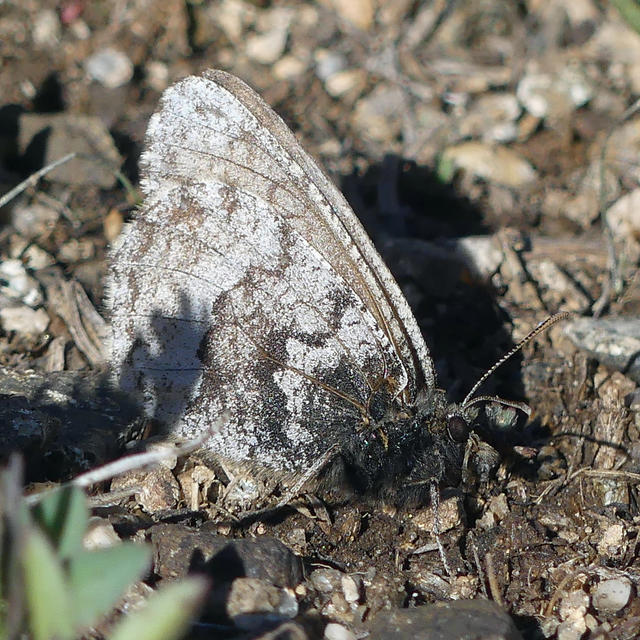 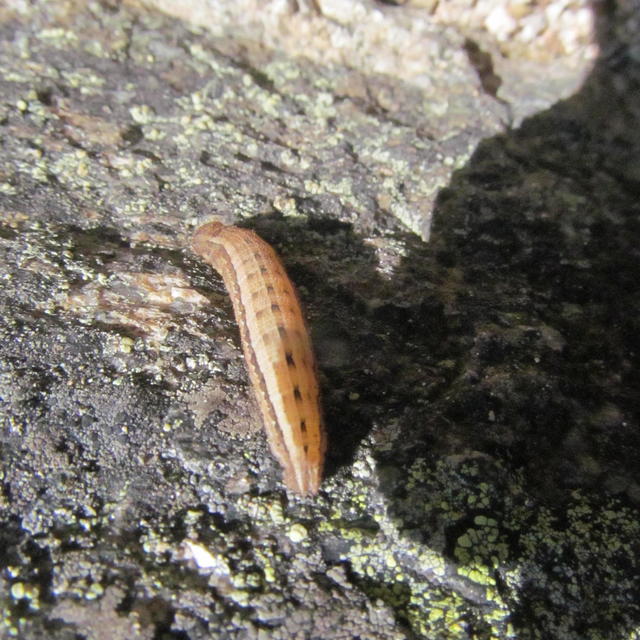 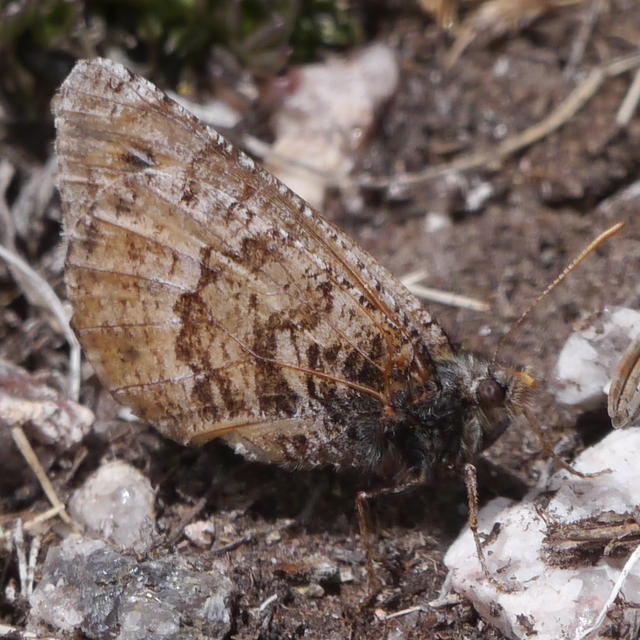 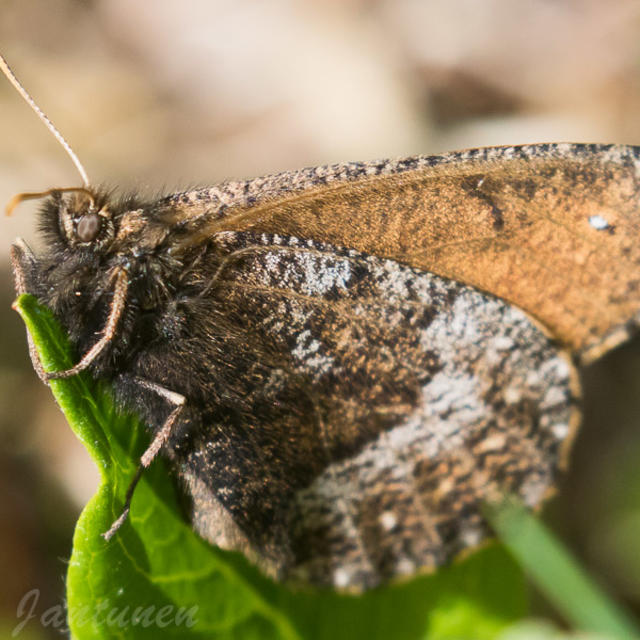 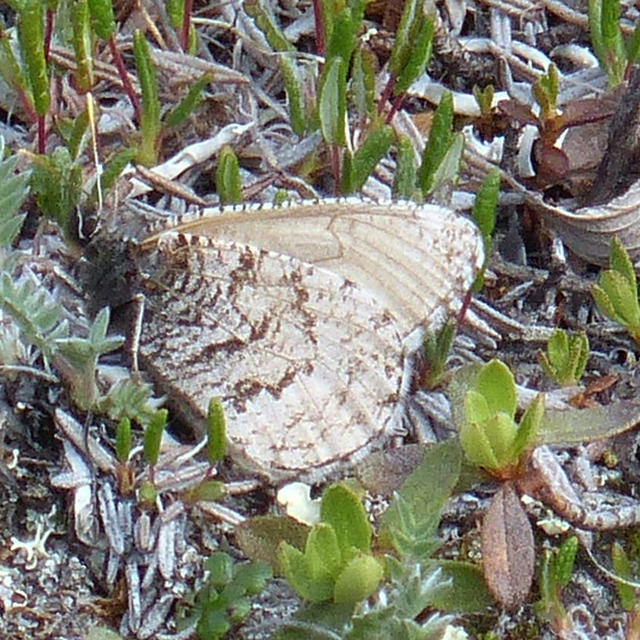