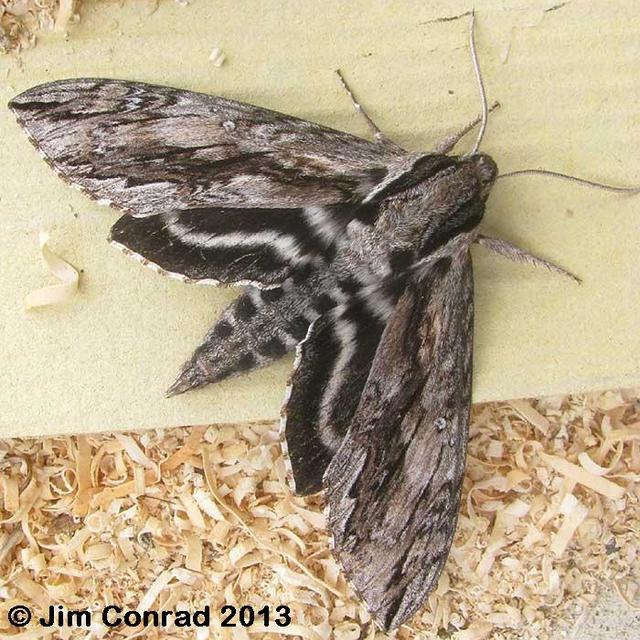 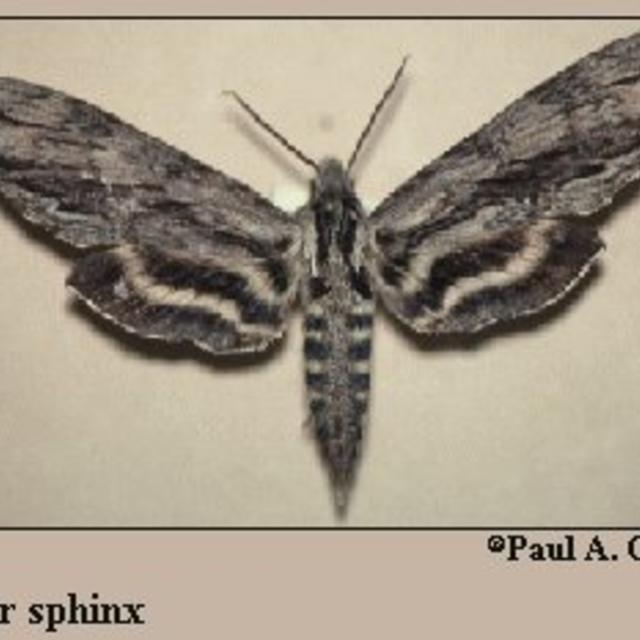 Family: Sphingidae
Subfamily: Sphinginae
Identification: Forewing is dark gray with brown tinges, a series of narrow dashes running from the tip to the cell spots, and a wide black band running from the middle of the outer margin to the base of the wing. Hindwing is black with 2 white bands.
Wing Span: 4 - 4 1/2 inches (10.2 - 11.4 cm).
Life History: Fully-grown caterpillars pupate in underground burrows.
Flight: . At least from July-September.
Caterpillar Hosts: Not reported.
Adult Food: Probably flower nectar.
Habitat: Mountains and pine-oak woodland.
Range: Southern Arizona east to South Texas and south to Guatemala.
Conservation: Not usually required.
NCGR: G4 - Apparently secure globally, though it might be quite rare in parts of its range, especially at the periphery.
Management Needs: None reported.
Comments: NULL
Taxonomy Notes: Formerly in the genus Sphinx, as Spinx istar.
Alternate Scientific Names:
Sphinx istar 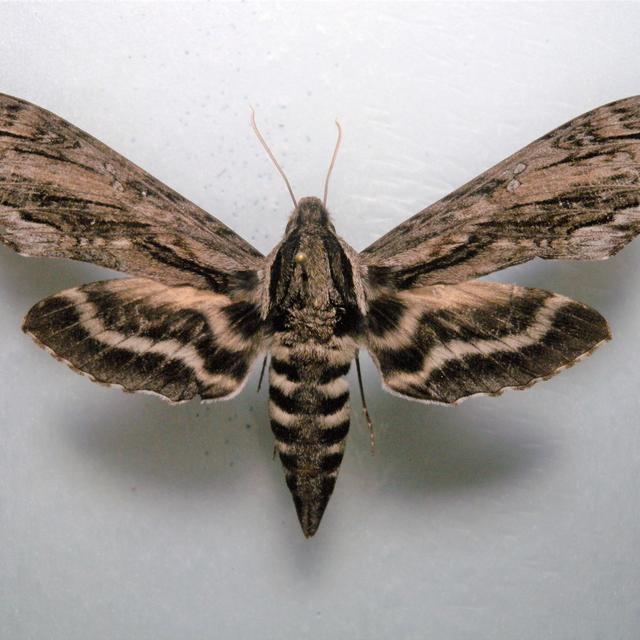 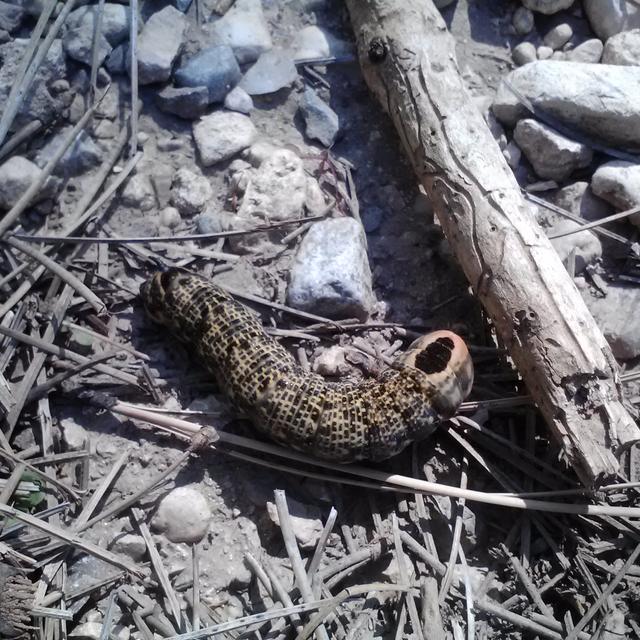 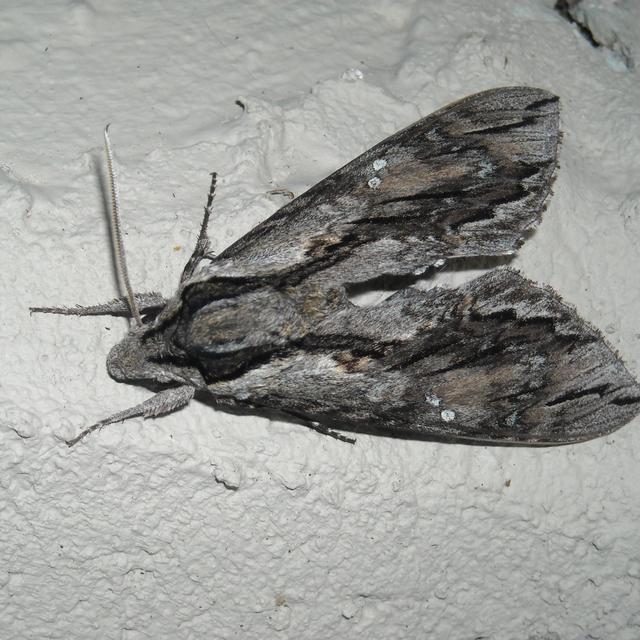 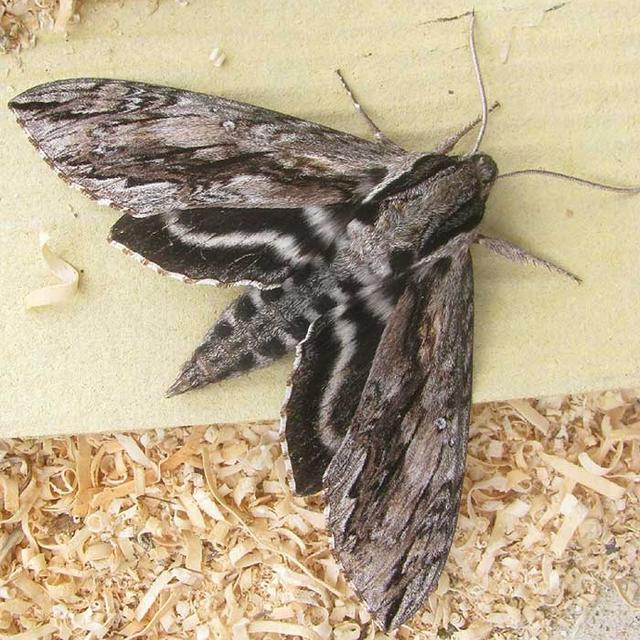 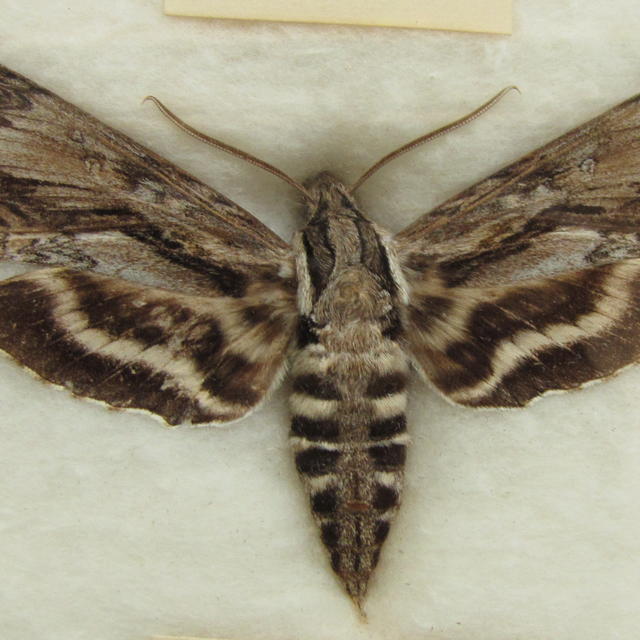