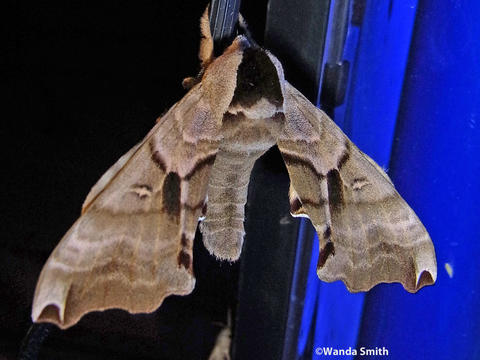 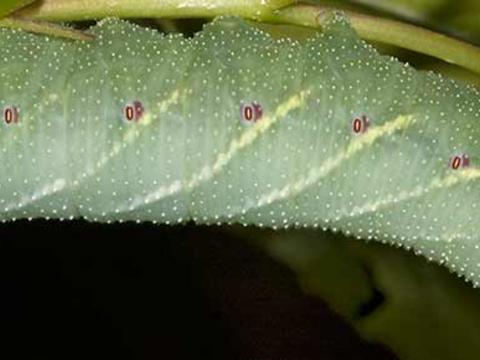 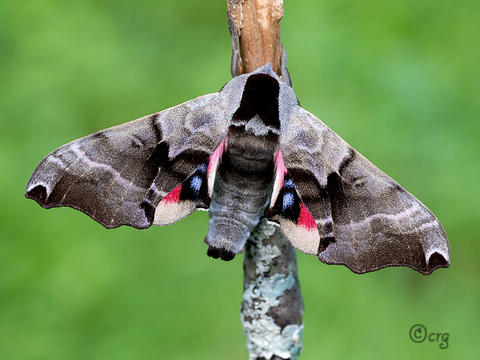 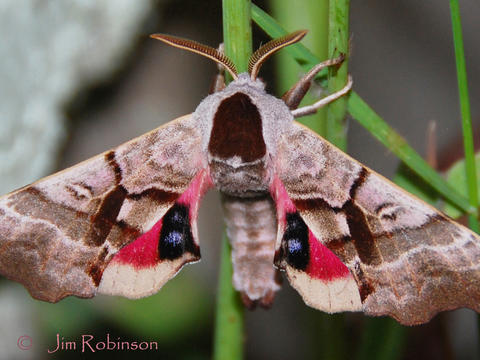 Family: Sphingidae
Subfamily: Sphinginae
Identification: Outer margin of forewing is unevenly scalloped; costal margin of hindwing is almost straight. Upperside of male forewing is gray with black and white markings; female is yellowish brown with dark brown and white markings. Hindwing of both sexes is mostly red with a pale yellow border; blue patch may appear as a single eyespot or be divided by black bands to create two or three spots.
Wing Span: 1 3/4 - 3 1/4 inches (4.5 - 8.3 cm).
Life History: Not reported.
Flight: . Several flights in Missouri from April-August, and in Louisiana from February-October.
Caterpillar Hosts: Apple (Malus sylvestris), peach and plum (Prunus), ash (Fraxinus), elm (Ulmus), poplar (Populus), birch (Betula), and willow (Salix).
Adult Food: Adults do not feed.
Habitat: A wide variety of forested and brushy habitats, moist areas near lakes and rivers, and suburbs.
Range: Nova Scotia and Maine south to northern Florida; west to Manitoba, North Dakota, and Arizona.
Conservation: Not usually required.
NCGR: G5 - Demonstrably secure globally, though it may be quite rare in parts of its range, especially at the periphery.
Management Needs: None reported.
Comments: NULL 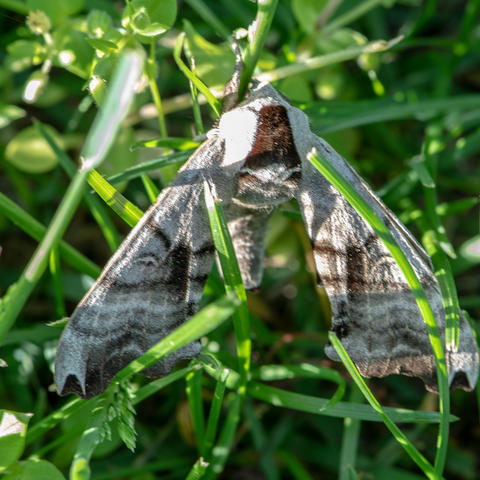 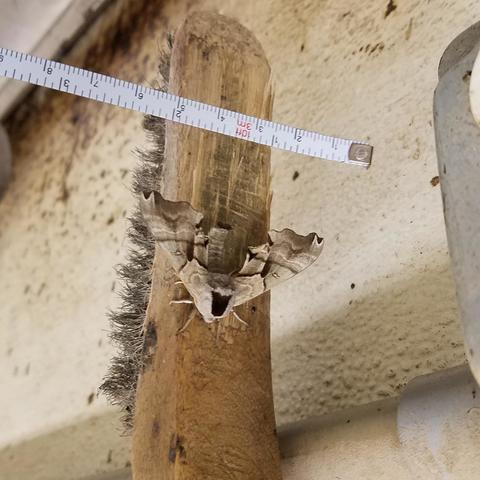 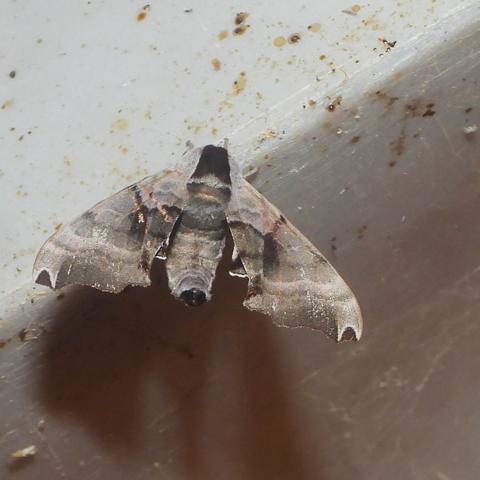 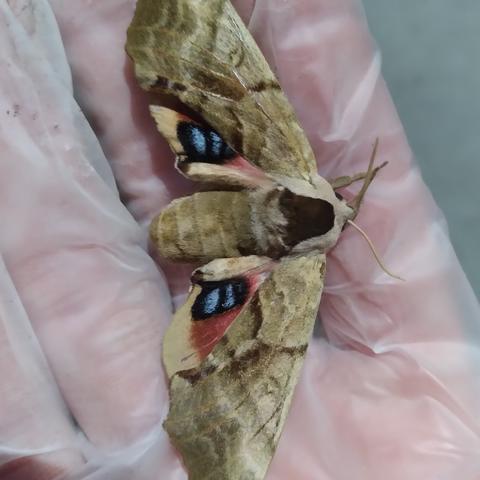 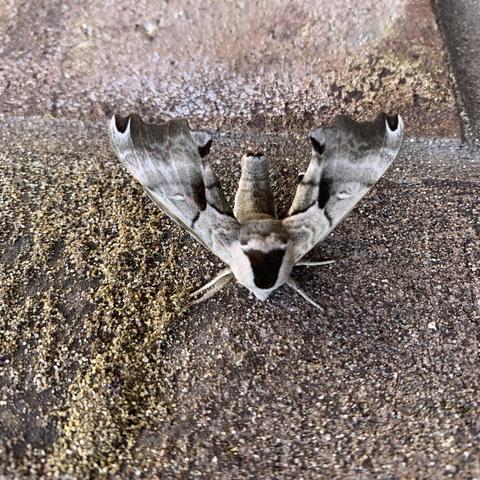 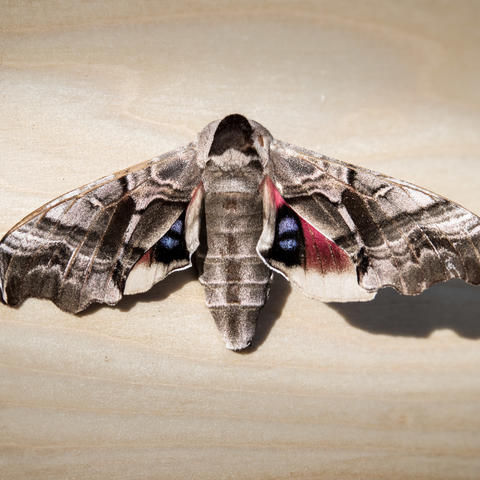 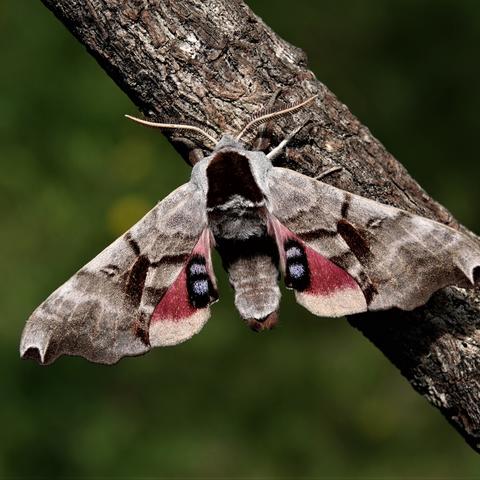 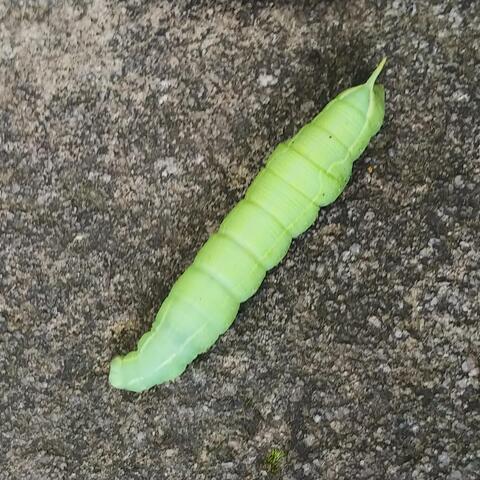 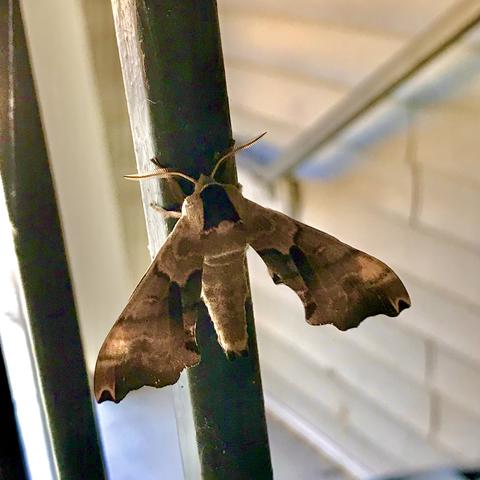 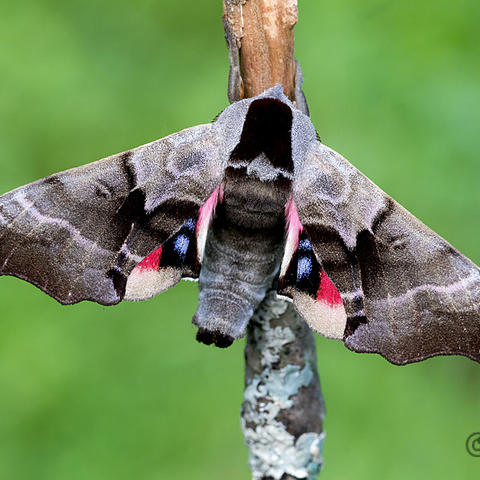 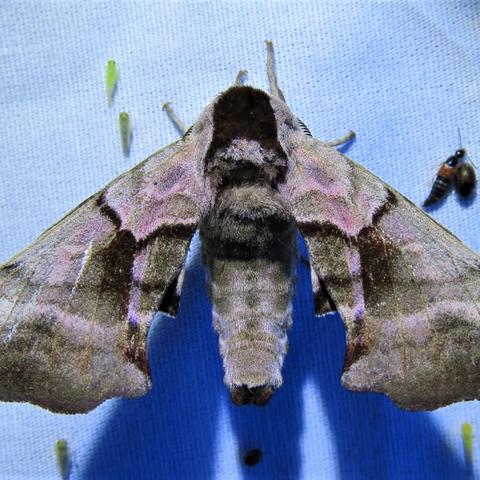 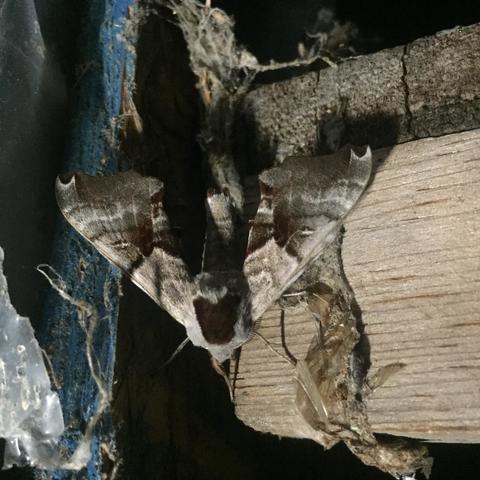 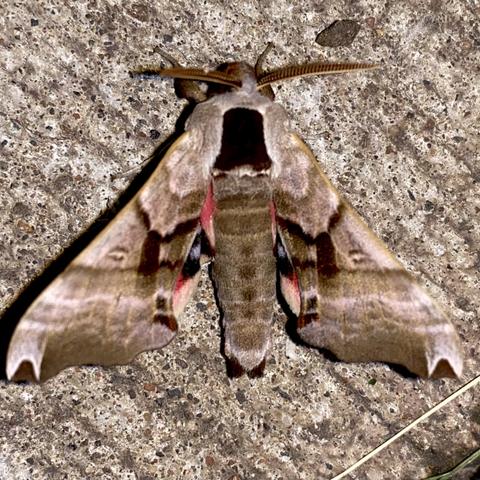 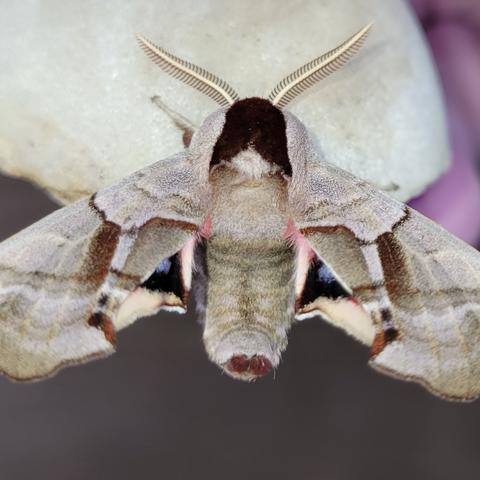 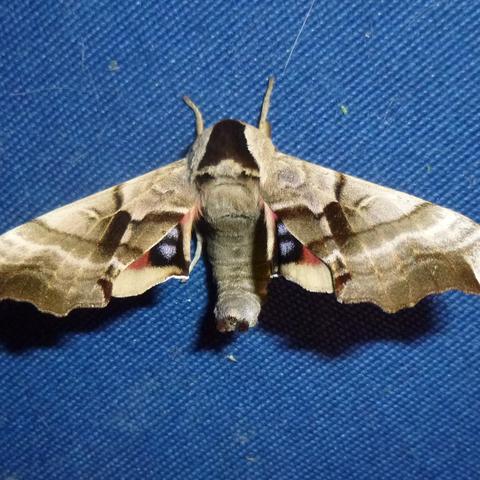 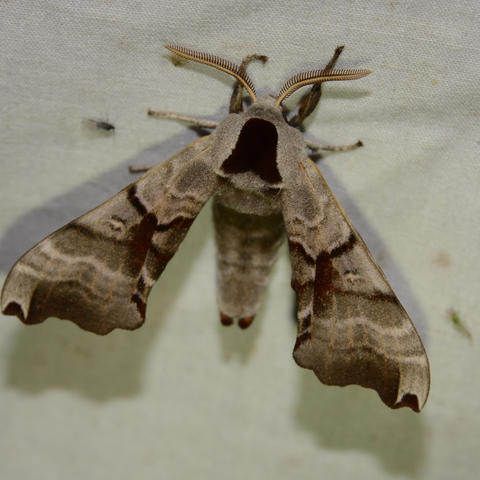 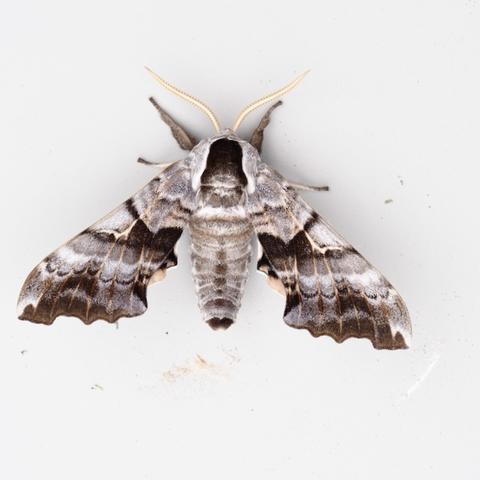 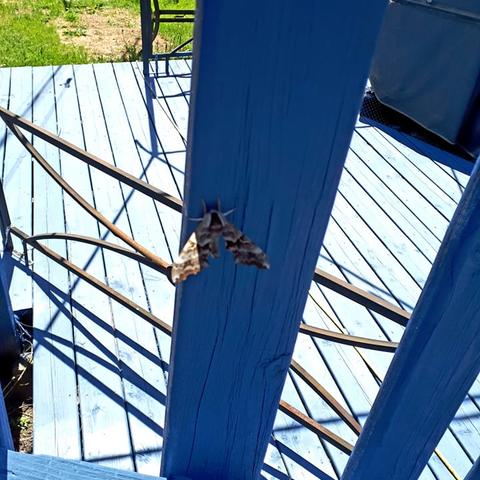 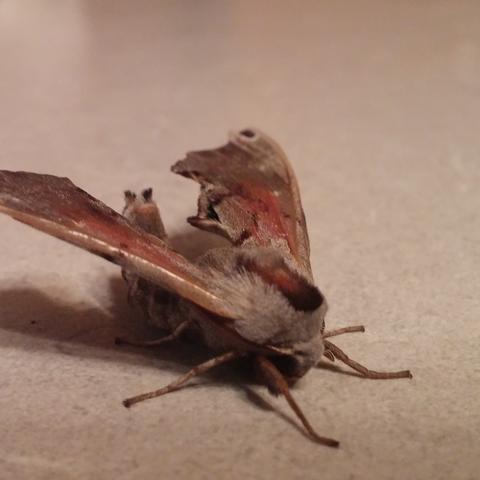 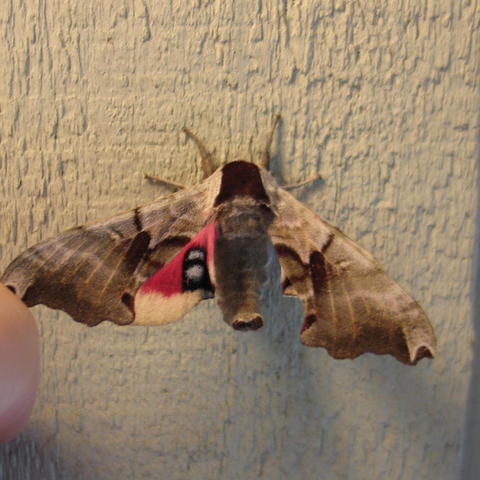 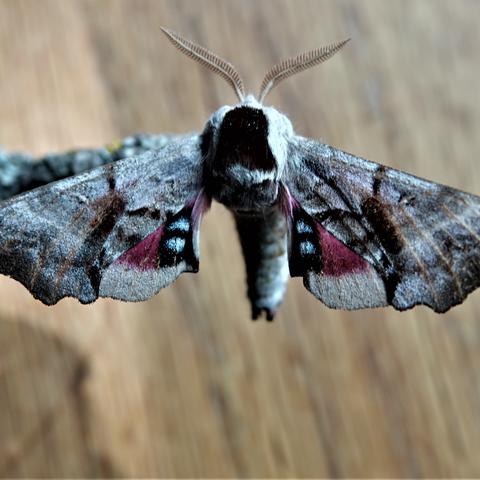 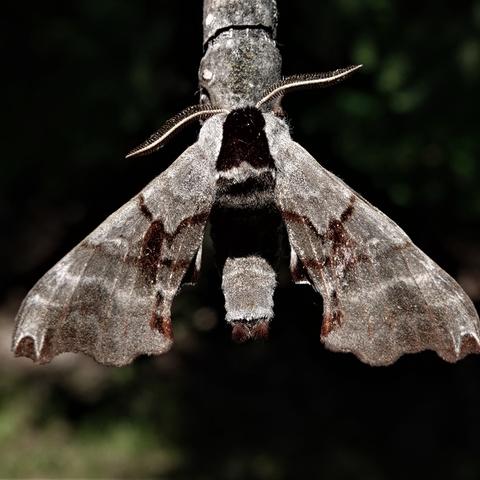 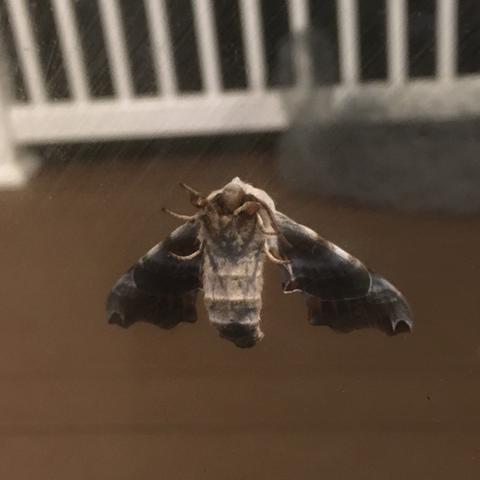 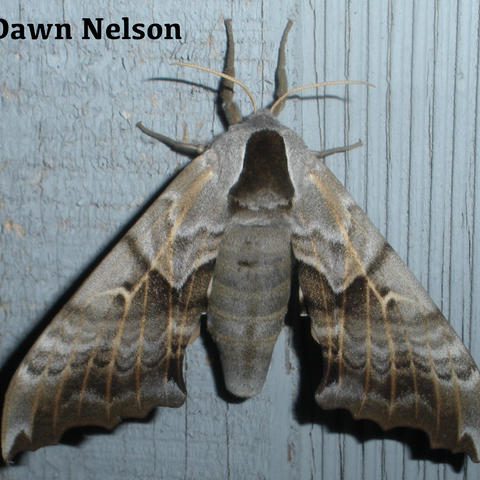