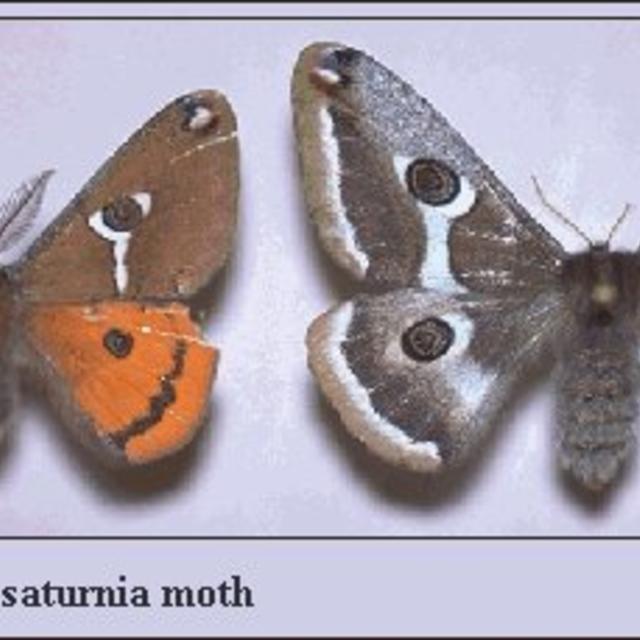 Family: Saturniidae
Subfamily: Saturniinae
Identification: Males and females differ. Females are larger than males. Upperside of female is gray-brown with distinctly darker areas at the wing bases, yellowish margins, and a well-developed eyespot on each wing. Upperside of male is orange to light brown with a weak eyespot on each wing and a partial black submarginal band on the hindwing. Both sexes have a white band on the forewing running from the eyespot to the trailing edge of the wing, although this band may be weak in the male.
Wing Span: 2 - 2 1/2 inches (5 - 6.4 cm).
Life History: Adults emerge in early afternoon, and mating takes place shortly afterwards. Females do not fly until they have mated. After dark, females lay eggs in small groups on twigs of the host plant. Eggs overwinter and hatch in April. The tightly-spun cocoon is attached to a stem of the host plant.
Flight: One flight from October-November.
Caterpillar Hosts: Buckbrush (Ceanothus cuneatus), snowbush (C. cordulatus), desert ceanothus (C. greggii), and mountain-mahogany (Cercocarpus betuloides).
Adult Food: Adults do not feed.
Habitat: Mountain chaparral communities at moderate elevations.
Range: From Lake County, California south through the Coast
Conservation: Not usually required.
NCGR: G4 - Apparently secure globally, though it might be quite rare in parts of its range, especially at the periphery.
Management Needs: None reported.
Comments: NULL 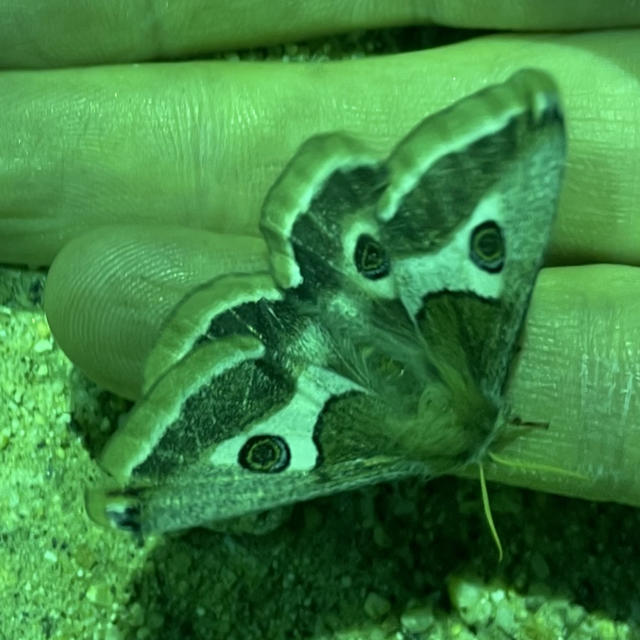