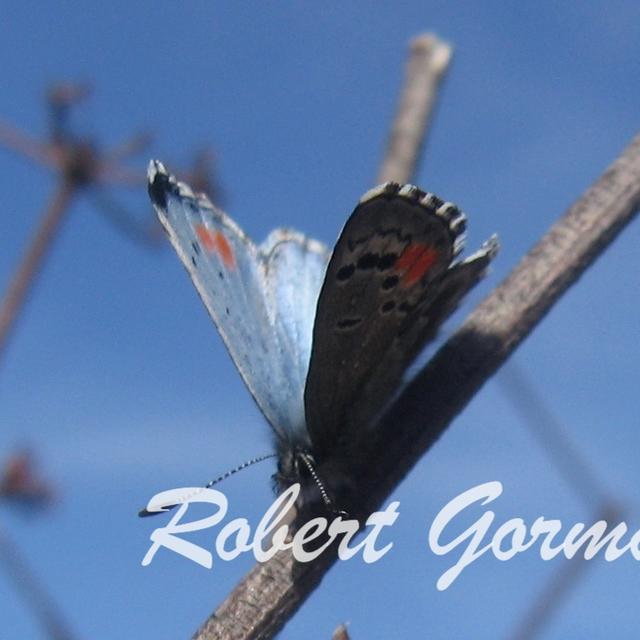 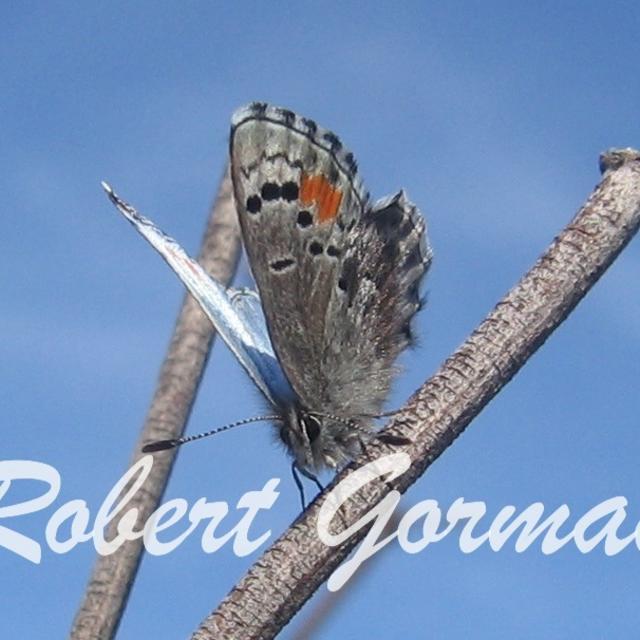 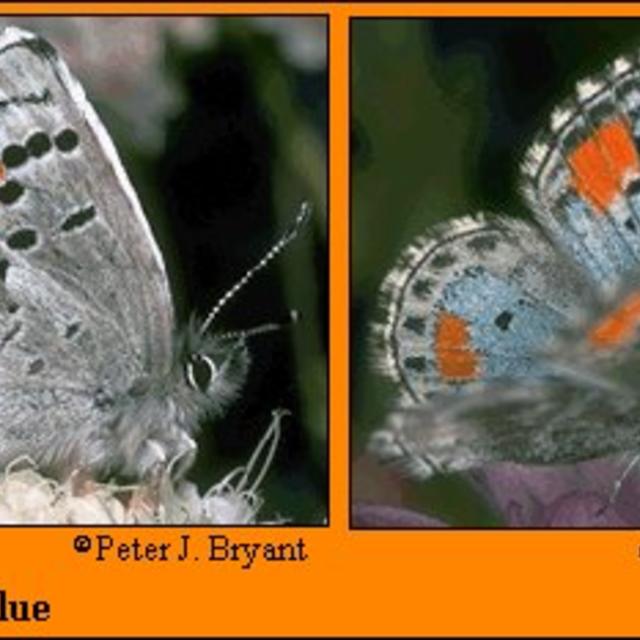 Family: Lycaenidae
Subfamily: Polyommatinae
Identification: Our only blue with red spots on forewing. Upperside silvery blue; forewing of both sexes with red spots at outer margin; hindwing of female also with red spots.
Wing Span: 7/8 - 1 inch (2.2 - 2.5 cm).
Life History: Males patrol with a weak flight near the host plant for females. Eggs are laid singly on the leaves, and caterpillars bore into them to feed. Chrysalids hibernate under stones.
Flight: One flight from February-March.
Caterpillar Hosts: Stonecrop (Dudleya species) in the Crassulaceae family.
Adult Food: Not reported.
Habitat: Rocky washes, outcrops, and cliffs in desert.
Range: Very local. Placer County, California west to Santa Clara County; along coast through southern California to Baja California.
Conservation: Subspecies extinctis occurred in the upper San Gabriel river wash in southern California, but has been extinct since 1968 when its habitat was destroyed.
NCGR: G3 - Very rare or local throughout its range or found locally in a restricted range (21 to 100 occurrences). (Threatened throughout its range).
Management Needs: Protect colonies from habitat modification.
Comments: NULL 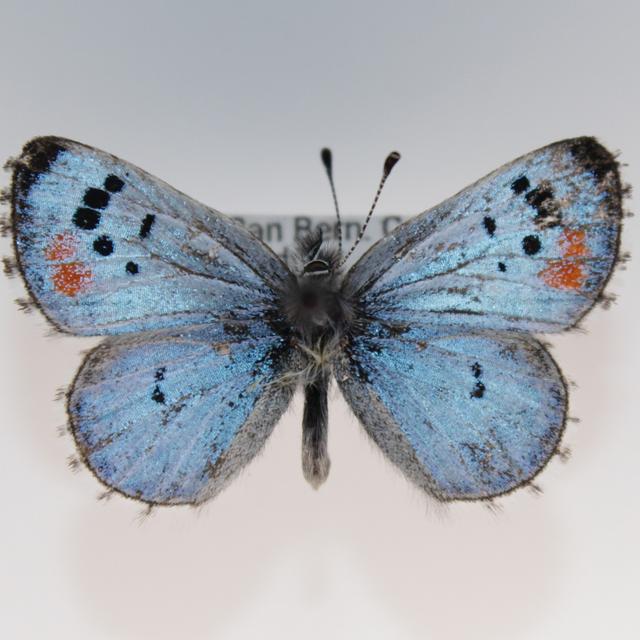 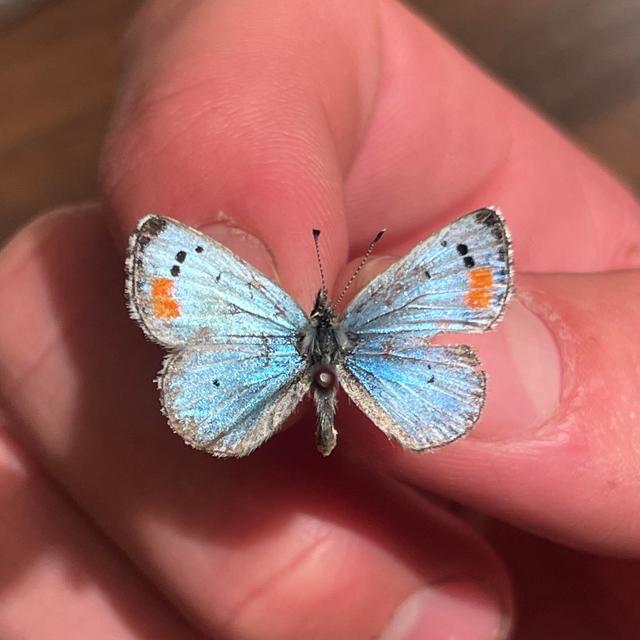 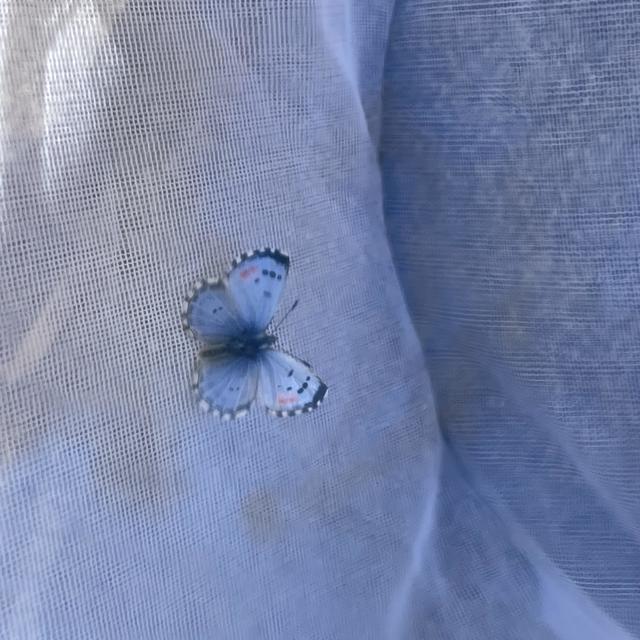 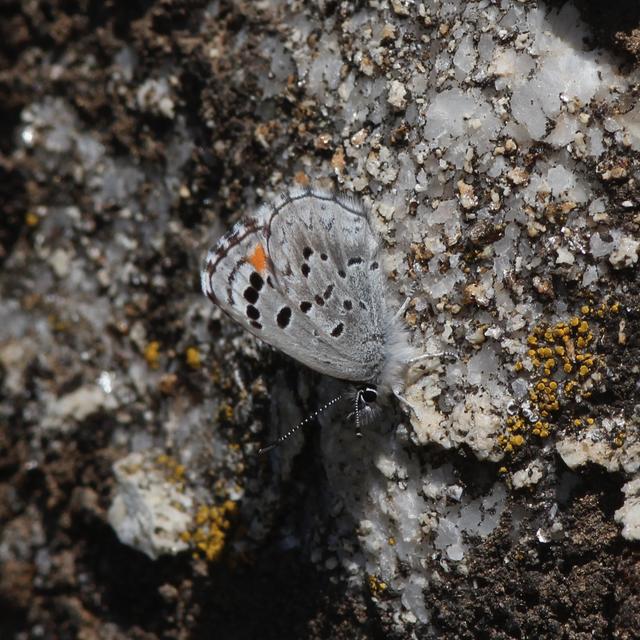 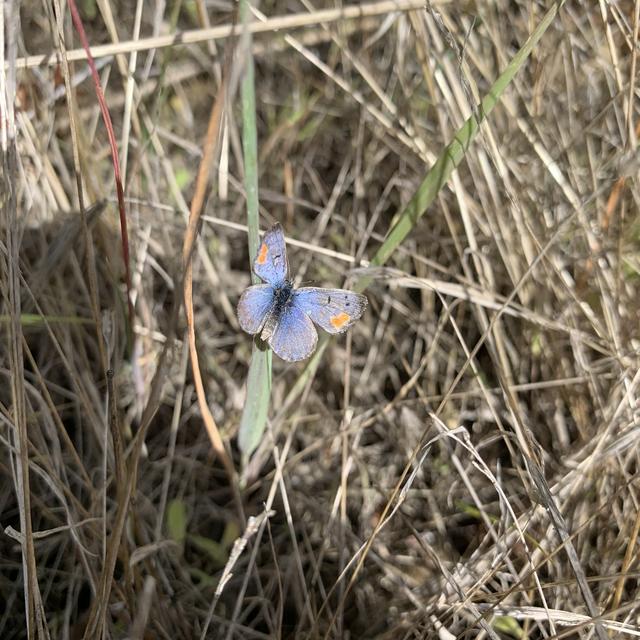 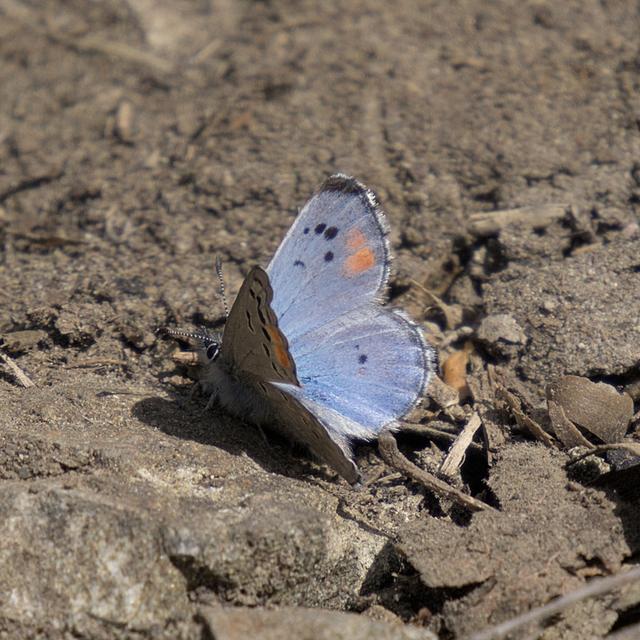 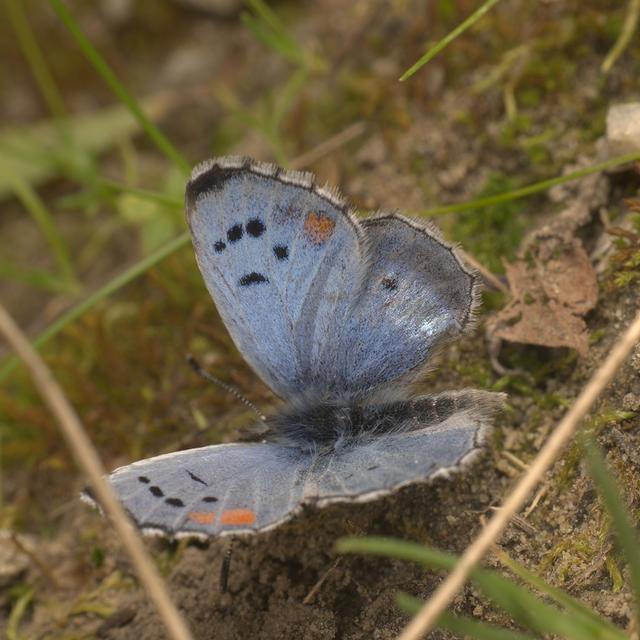 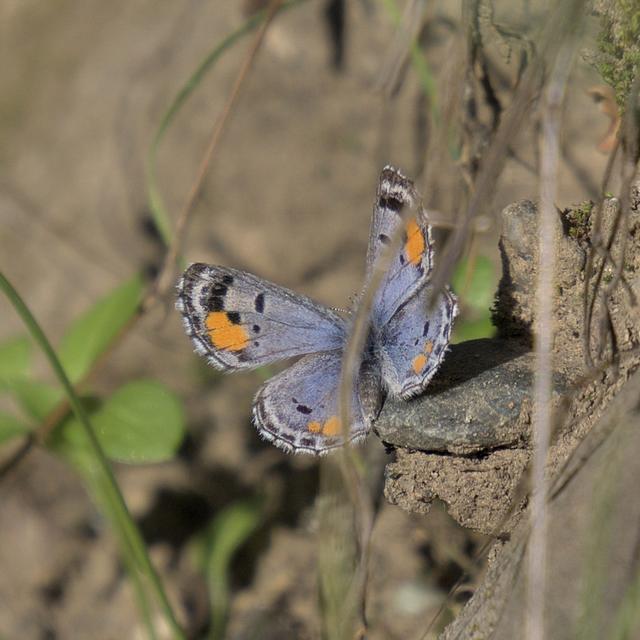 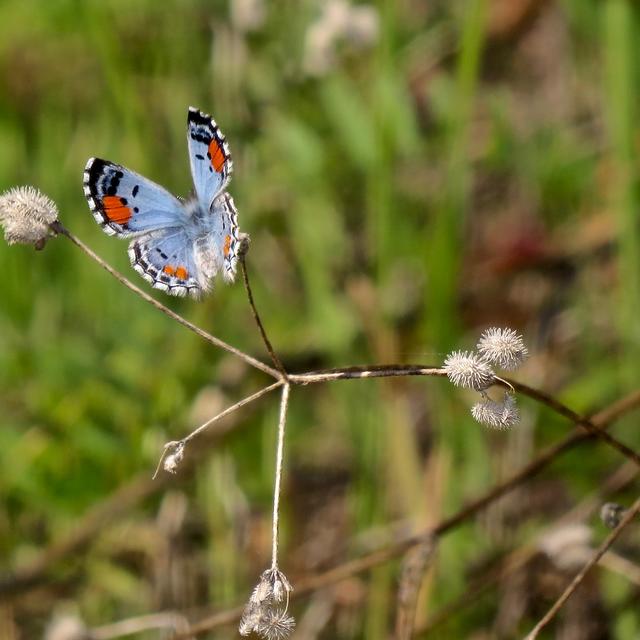 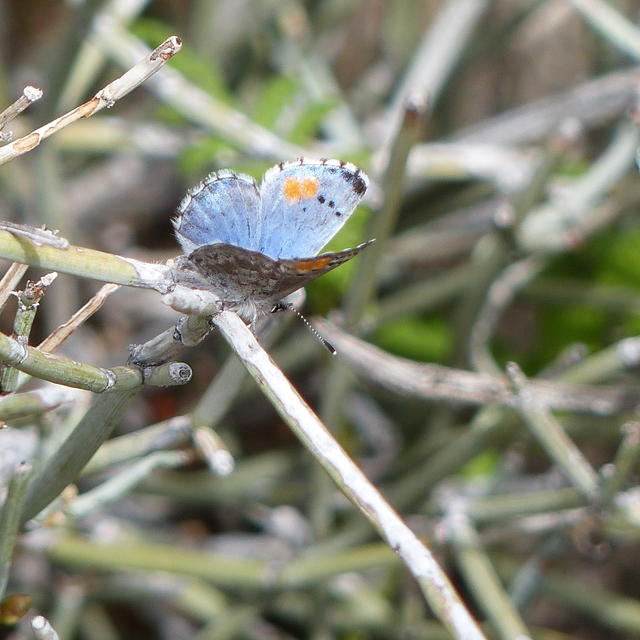 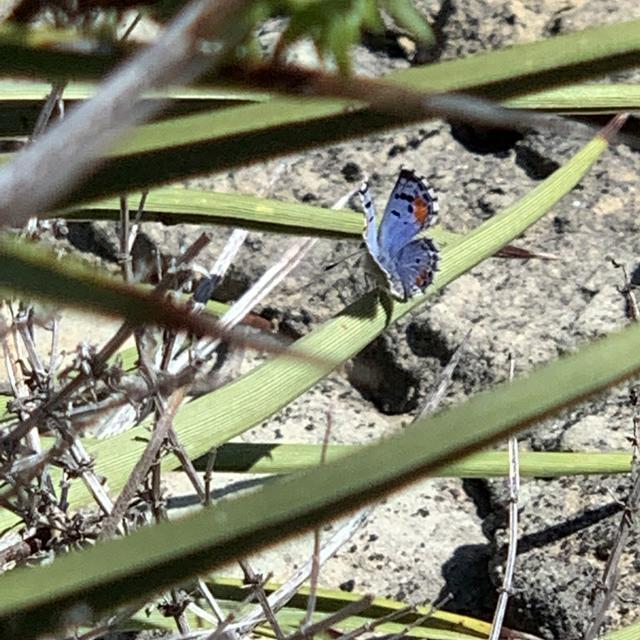 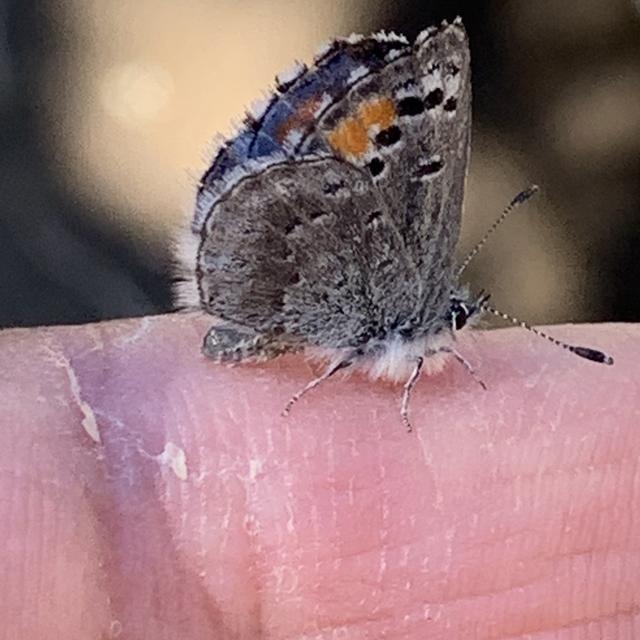 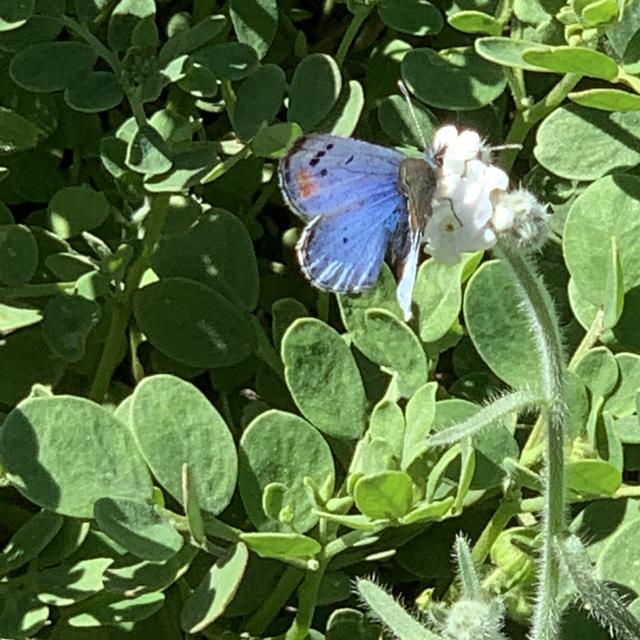 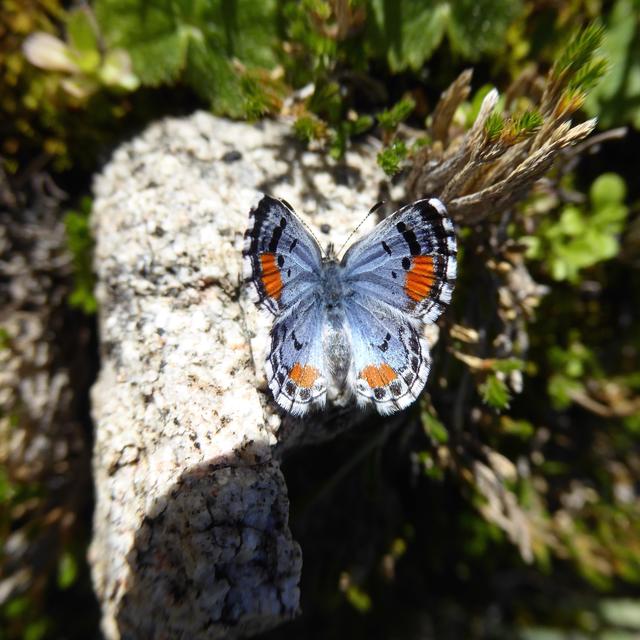 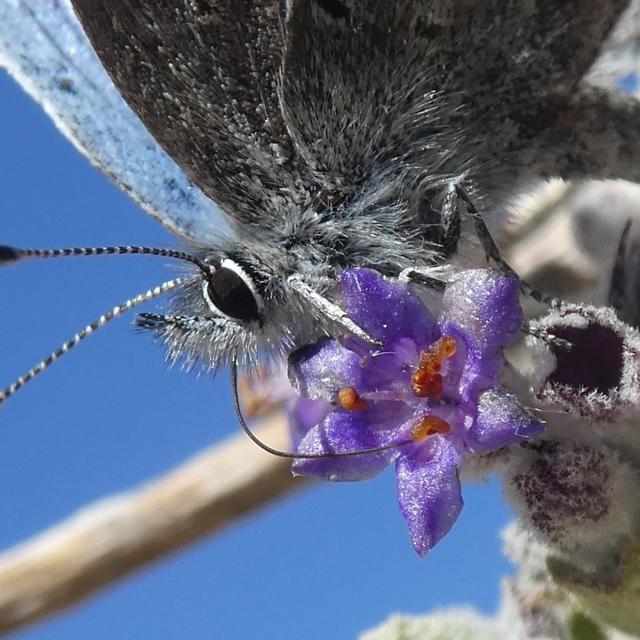 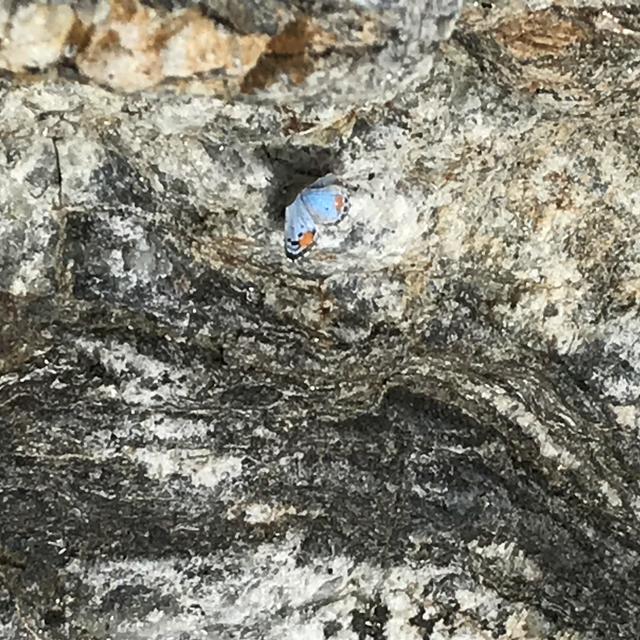 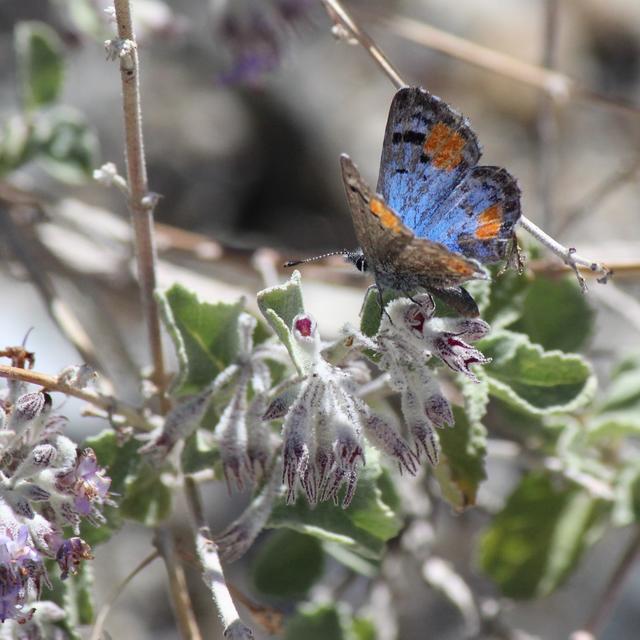 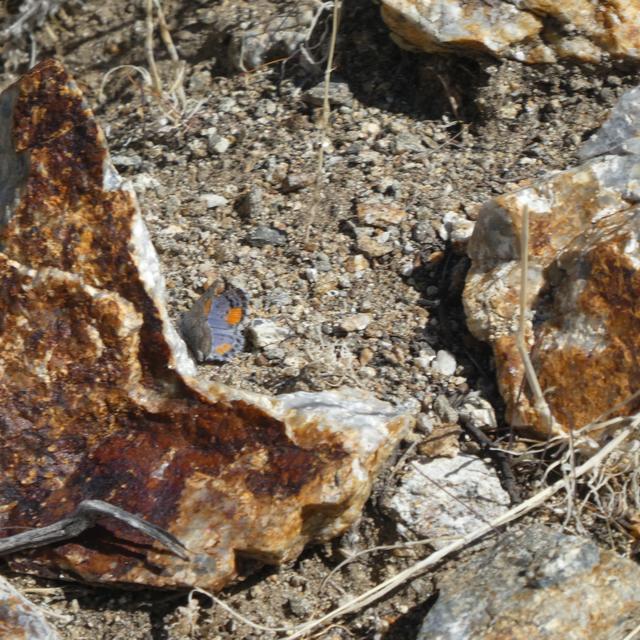 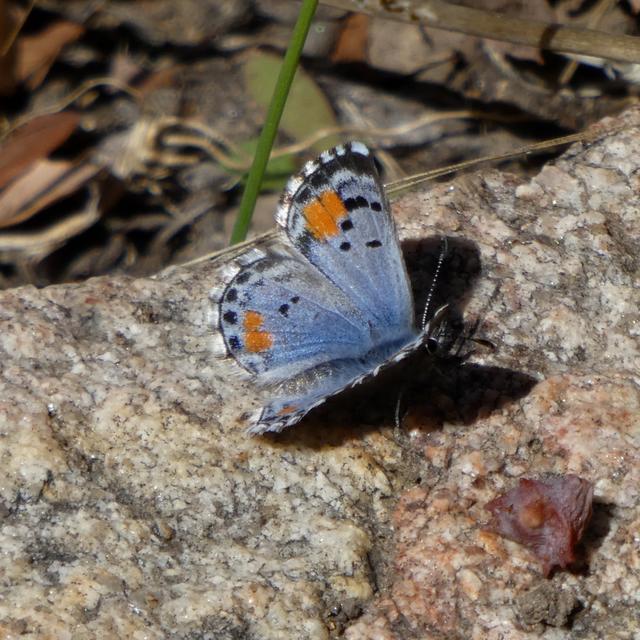 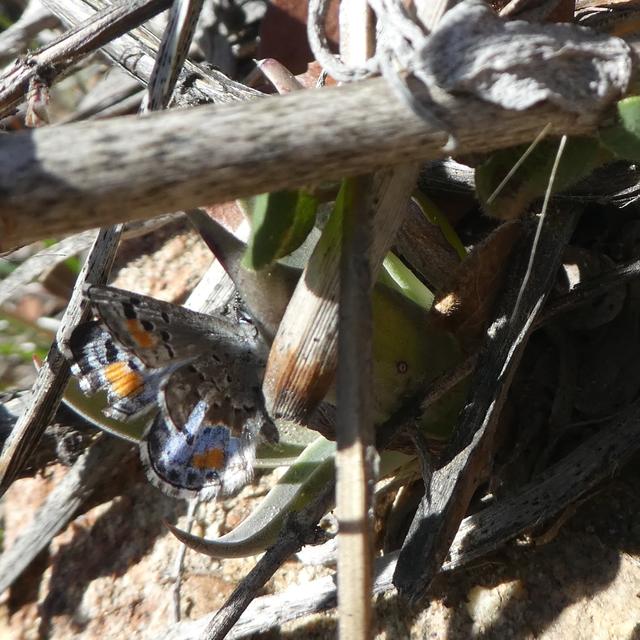 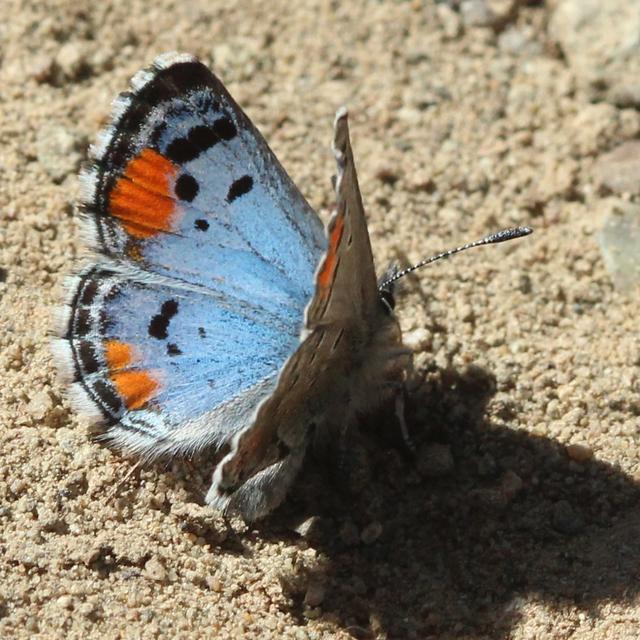 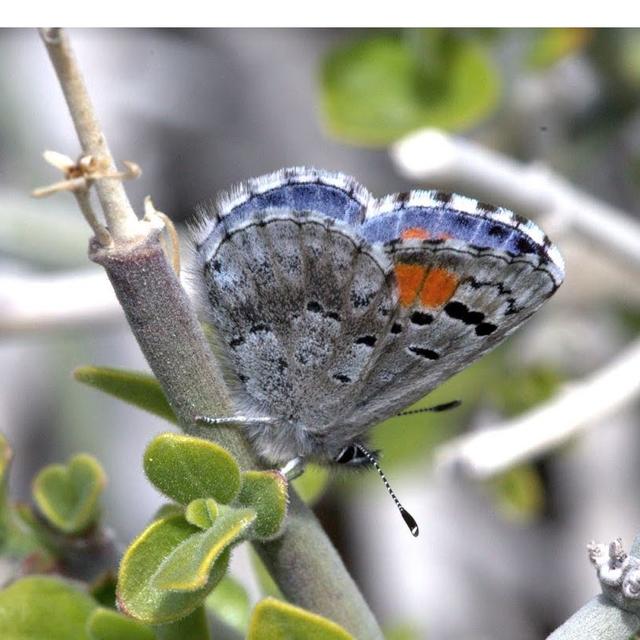 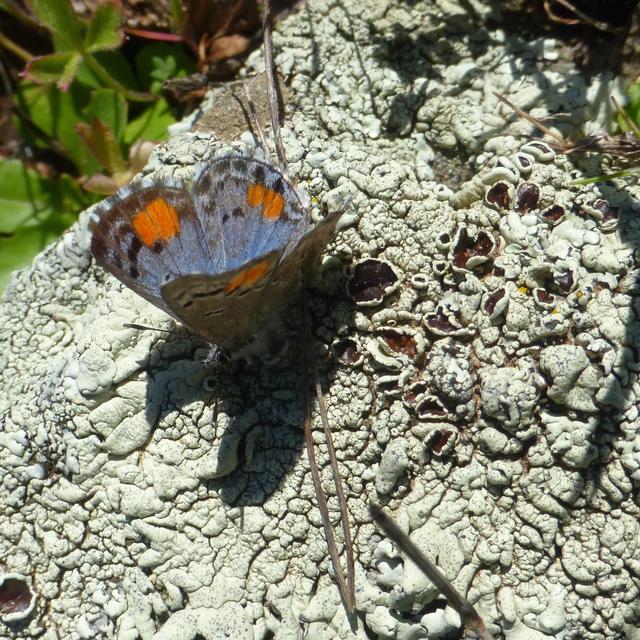 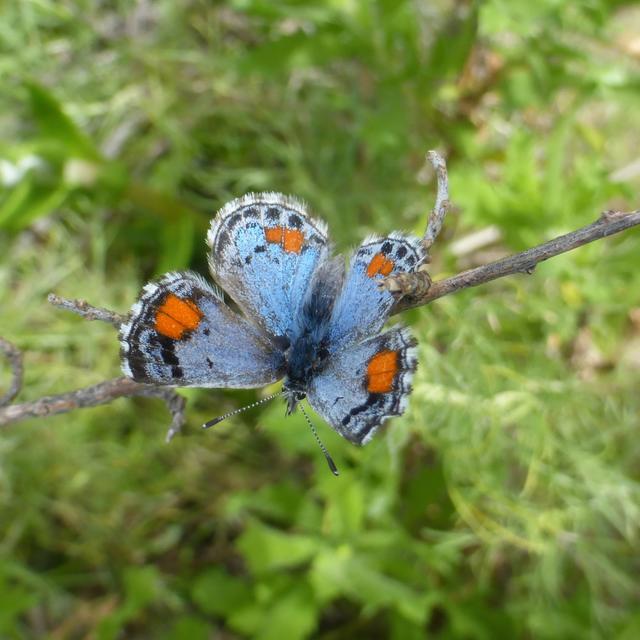