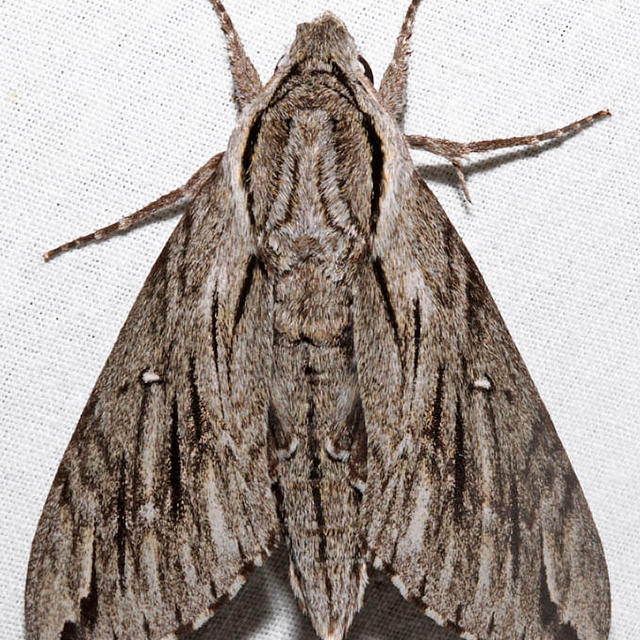 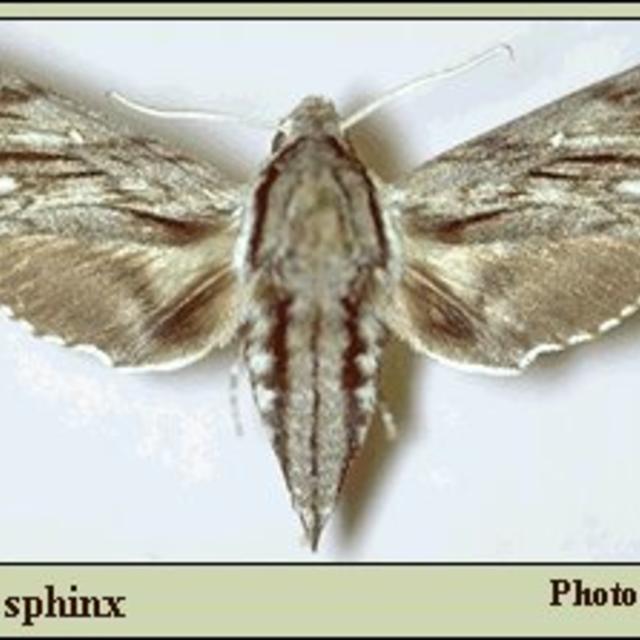 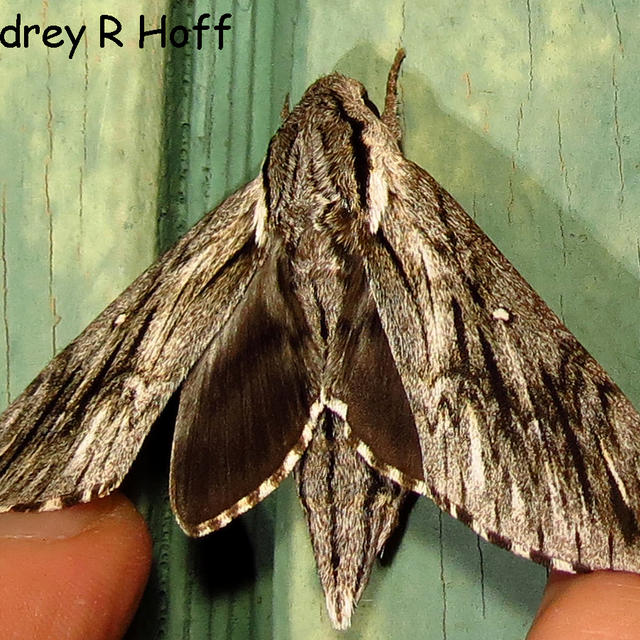 Family: Sphingidae
Subfamily: Sphinginae
Identification: Forewing is gray with indistinct black and white markings, a series of black dashes from the base to the tip, and a small white cell spot. Hindwing is dark gray with an obscure dark median band.
Wing Span: 2 3/8 - 3 inches (6 - 7.5 cm).
Life History: Caterpillars hide on the underside of stems during the day, and emerge to feed at night. Fully-grown caterpillars pupate in chambers in soft soil. Caterpillars of the second brood pupate and overwinter in their chambers.
Flight: One brood in the north from May-July, at least two broods in the south from March-November.
Caterpillar Hosts: Common trumpetcreeper (Campsis radicans), Florida yellow-trumpet (Tecoma stans), lilac (Syringa species), and passionflower (Passiflora species).
Adult Food: Deep-throated flowers including honeysuckle, bouncing bet, and verbena.
Habitat: Not reported.
Range: Connecticut south to Florida; west to Nebraska, Kansas, Oklahoma, and Texas. Ranges south to Veracruz, Mexico.
Conservation: Not usually required.
NCGR: G5 - Demonstrably secure globally, though it may be quite rare in parts of its range, especially at the periphery.
Management Needs: None reported.
Comments: Genus changed from Paratrea to Paratraea. Apparent misspelling. Fixed 8/2009.
Alternate Scientific Names:
Paratrea plebeja 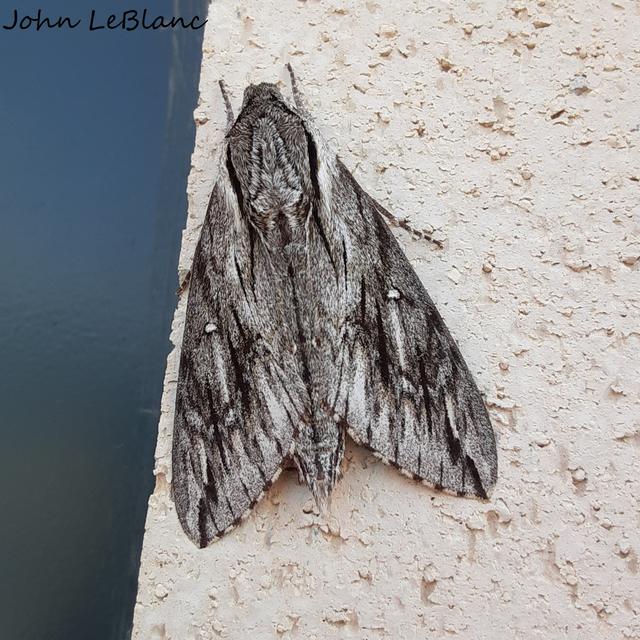 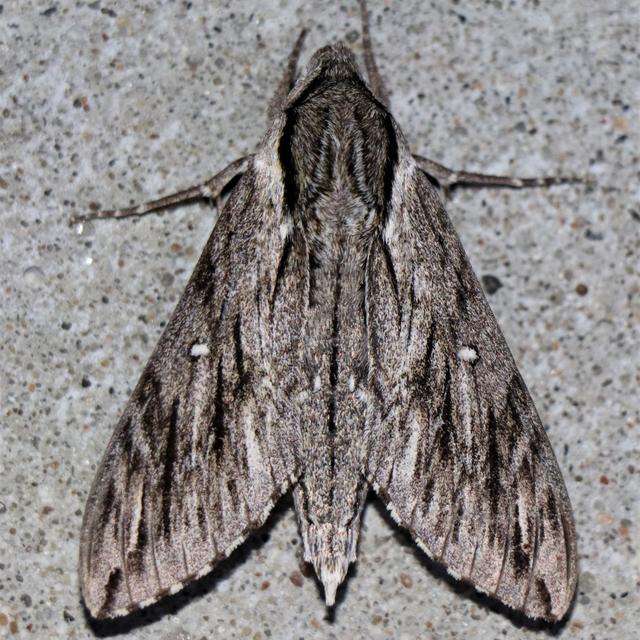 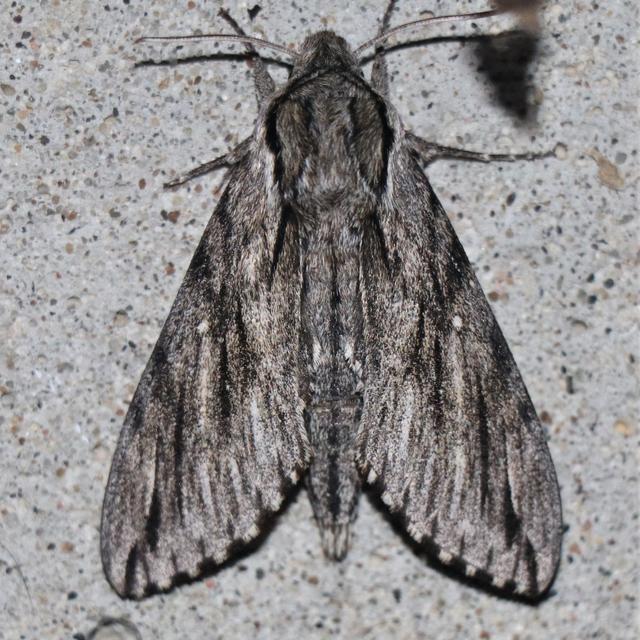 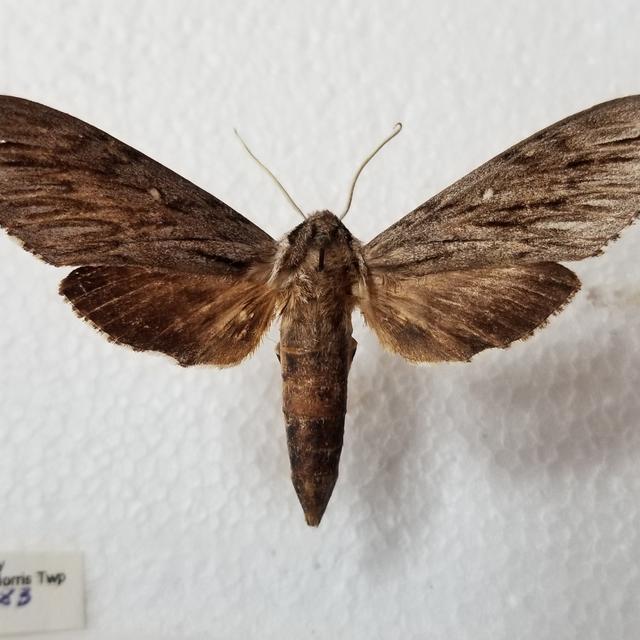 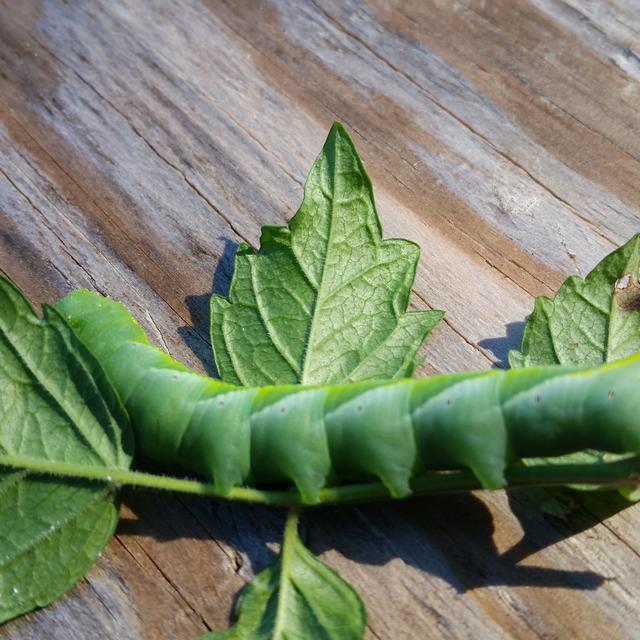 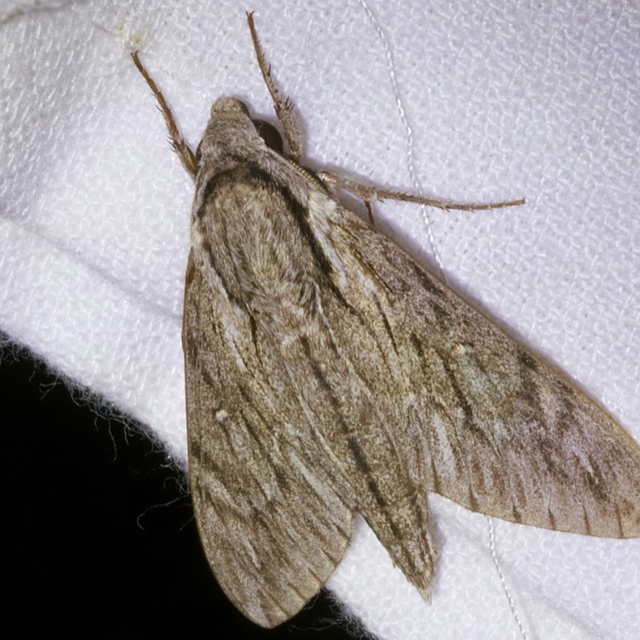 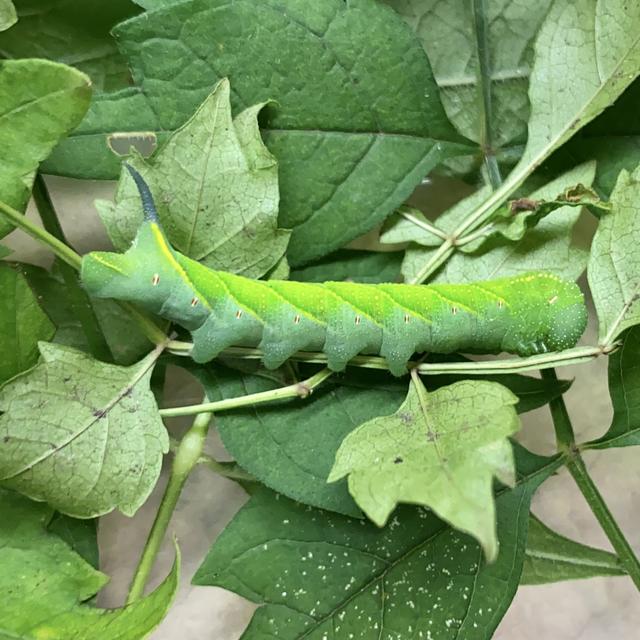 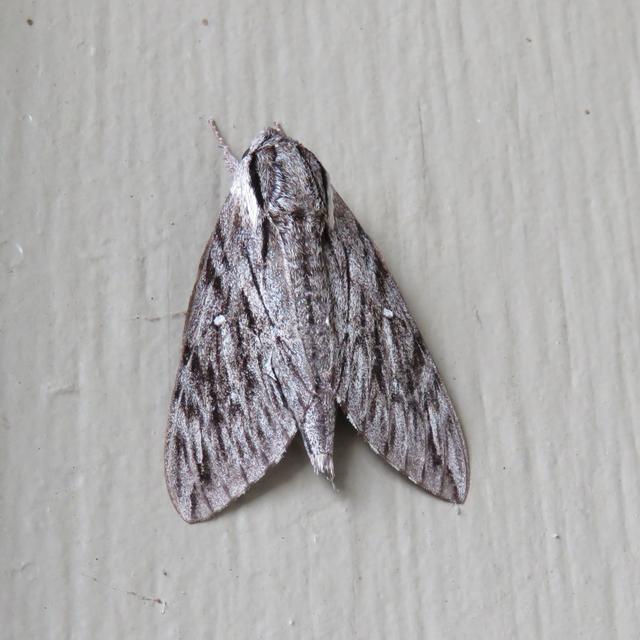 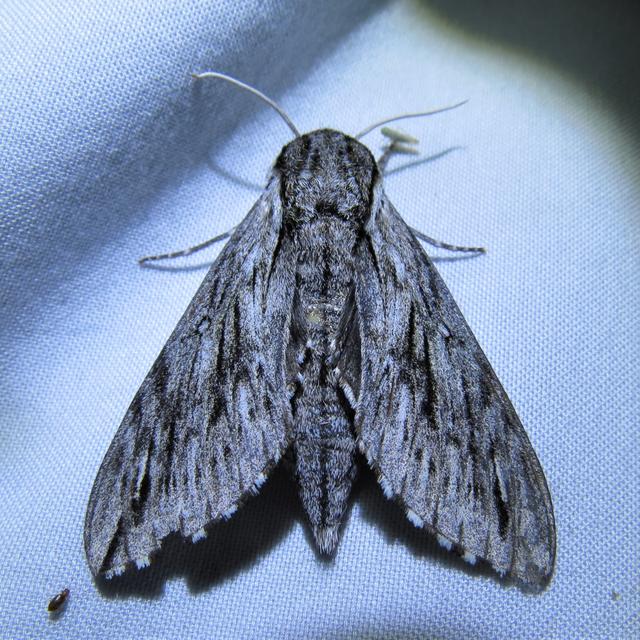 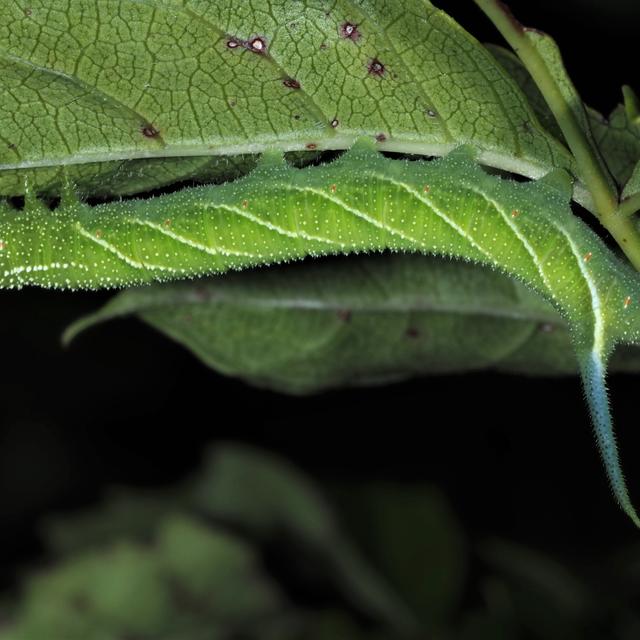 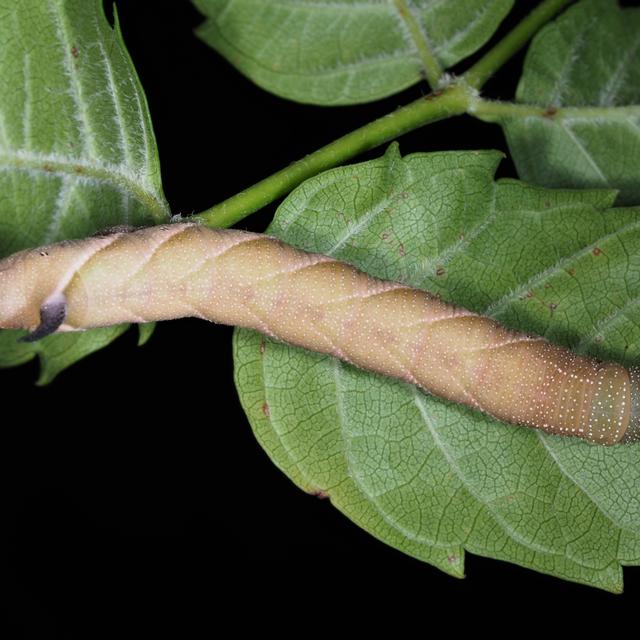 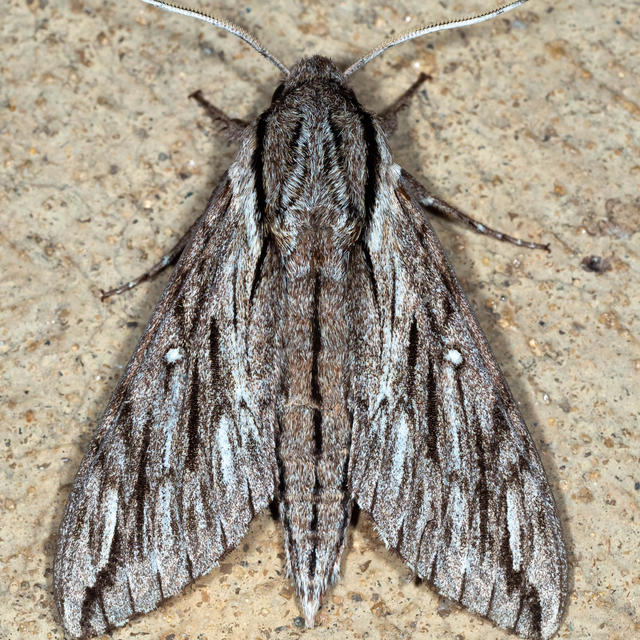 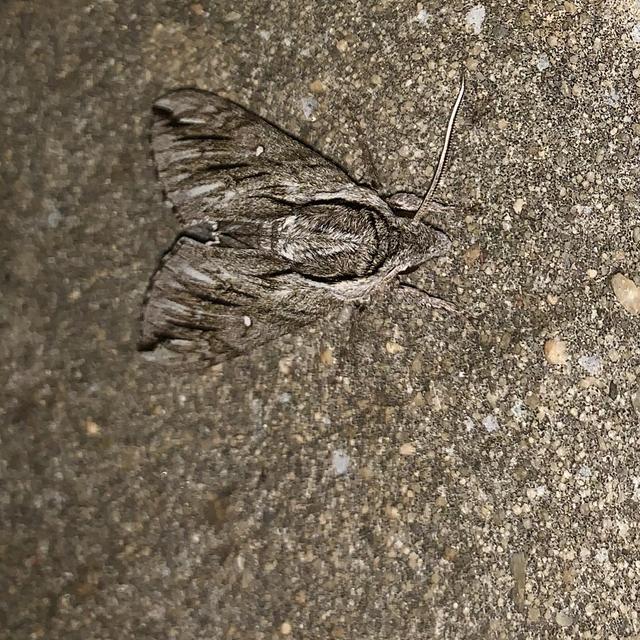 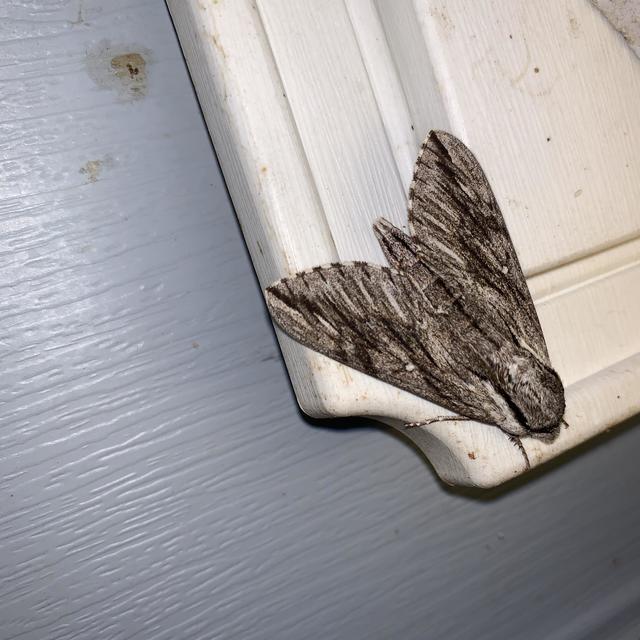 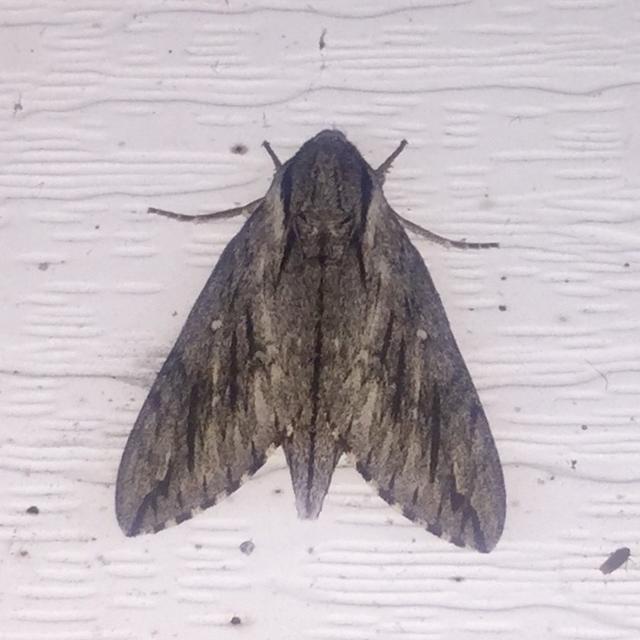 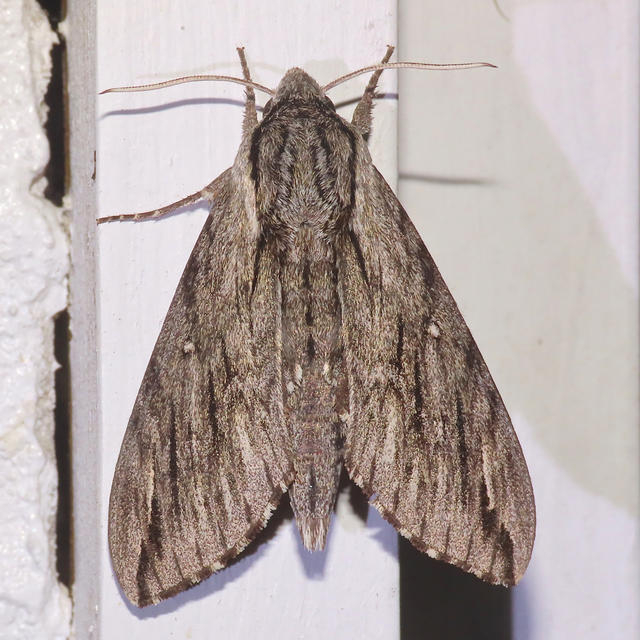 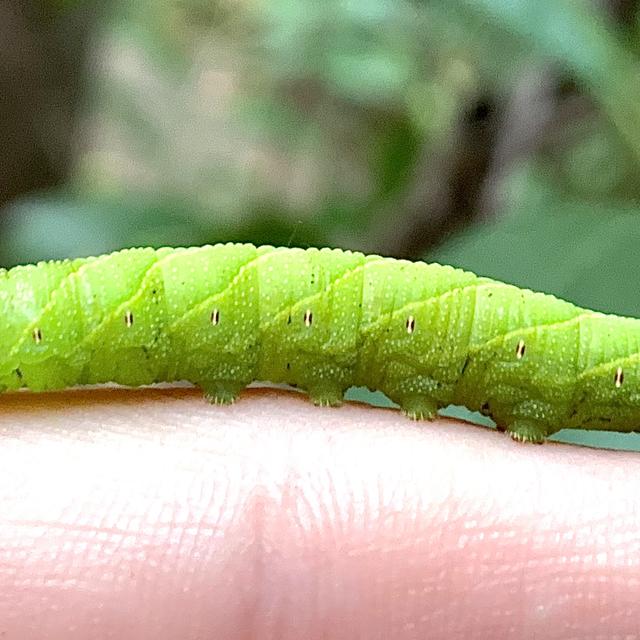 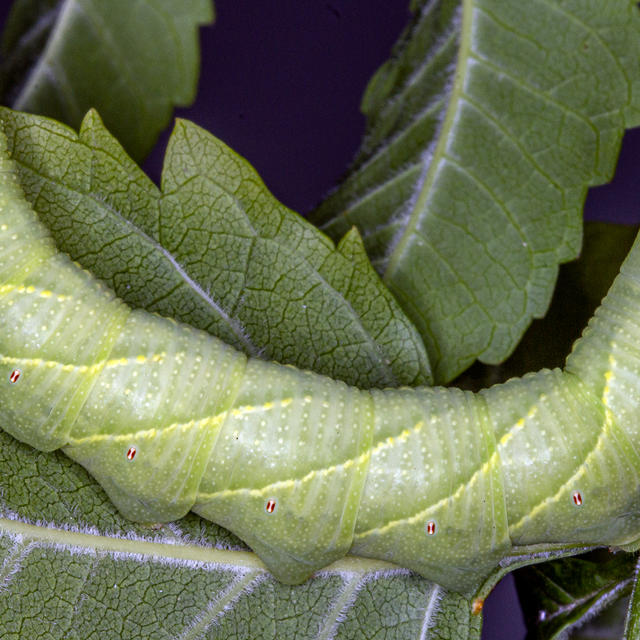 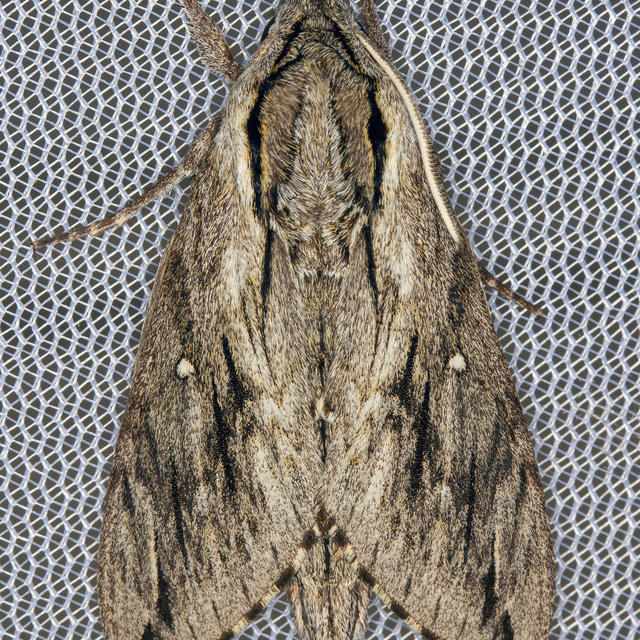 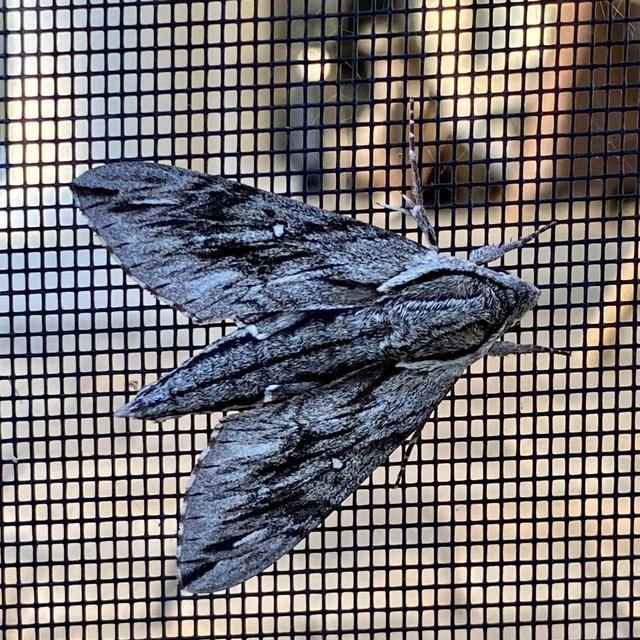 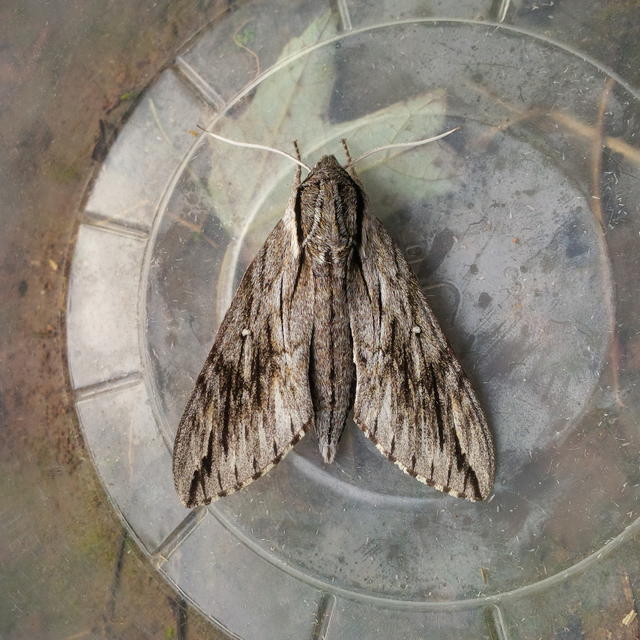 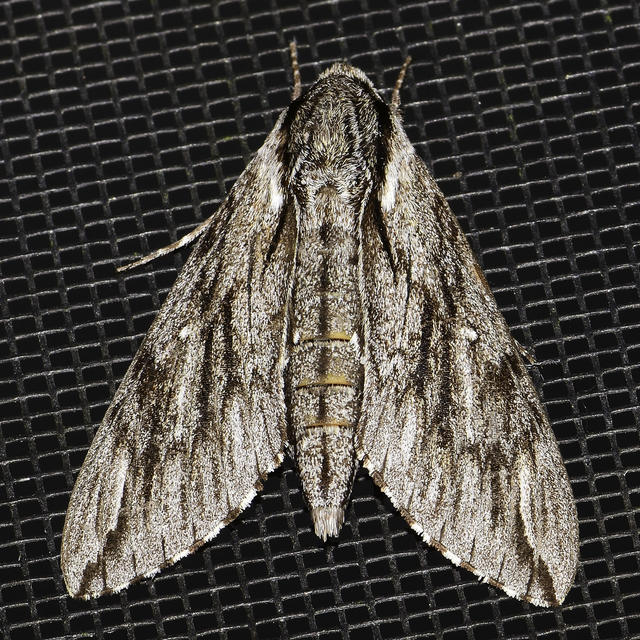 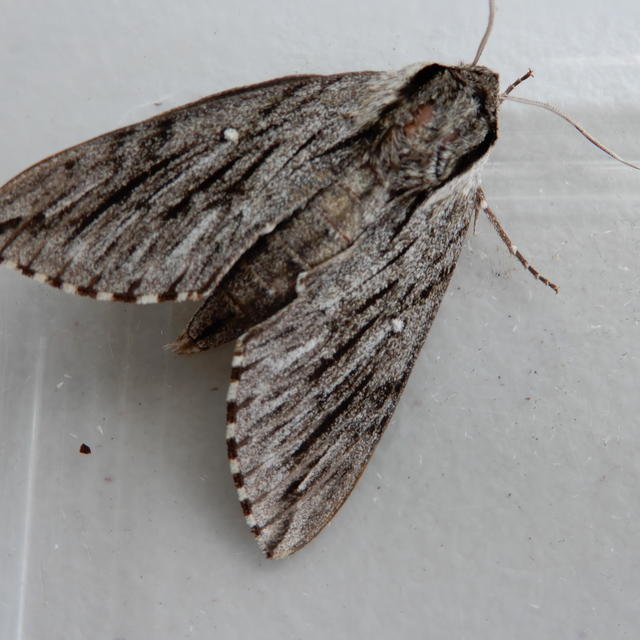