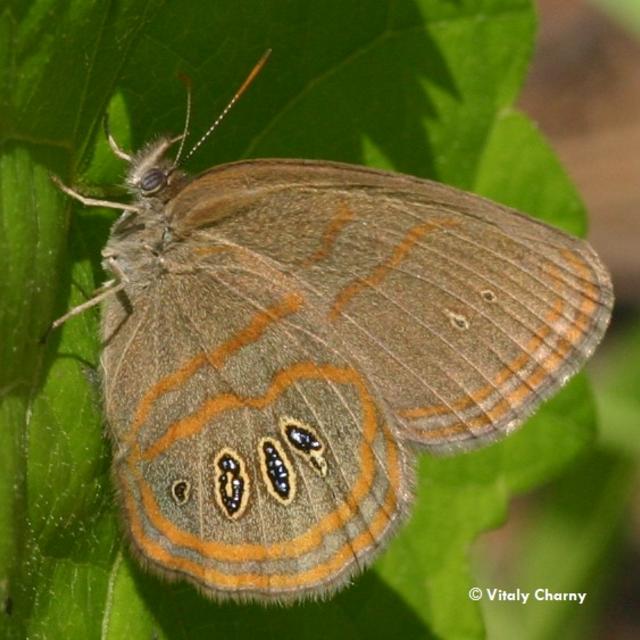 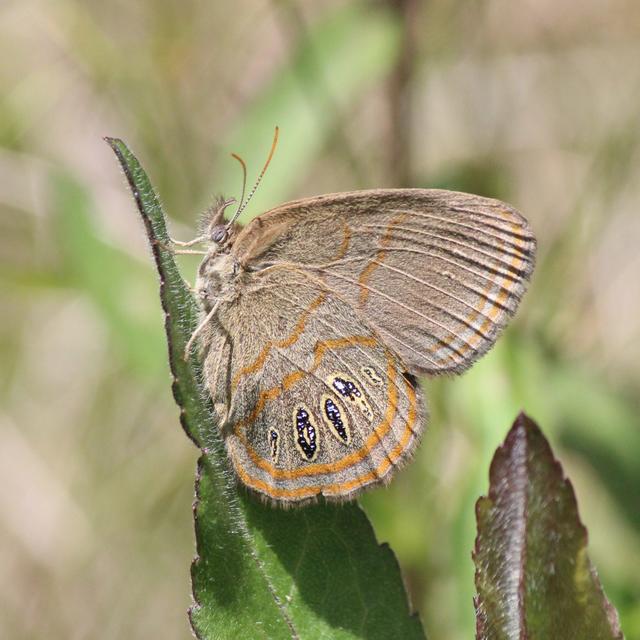 Family: Nymphalidae
Subfamily: Satyrinae
Identification: Upperside is brown with no markings. Underside of hindwing has a row of elongated submarginal eyespots which are encircled by a red line.
Wing Span: 1 7/16 - 1 15/16 inches (3.7 - 4.9 cm).
Life History: Adults have a slow, bobbing flight and rest often. Males patrol low over vegetation to find females. Eggs are laid singly on host plants; caterpillars eat leaves. Fourth-stage caterpillars hibernate.
Flight: One brood from June-July in New Jersey; two broods from April-September in most of the range; many broods through most of the year in Florida.
Caterpillar Hosts: Probably sedges (Cyperaceae).
Adult Food: Not reported.
Habitat: Grassy openings in sandy pinewoods or pine barrens.
Range: Southeastern United States from southern Virginia south along the Atlantic Coast to the Florida Keys, west to southeastern Oklahoma and southeastern Texas.
Conservation: Not usually required.
NCGR: G5 - Demonstrably secure globally, though it may be quite rare in parts of its range, especially at the periphery.
Management Needs: Depends on fire succession habitats. Note: It has been determined that this species actually consists of two separate species, Neonympha areolata and N. helicta. Future revisions of this page will take this into account.
Comments: NULL 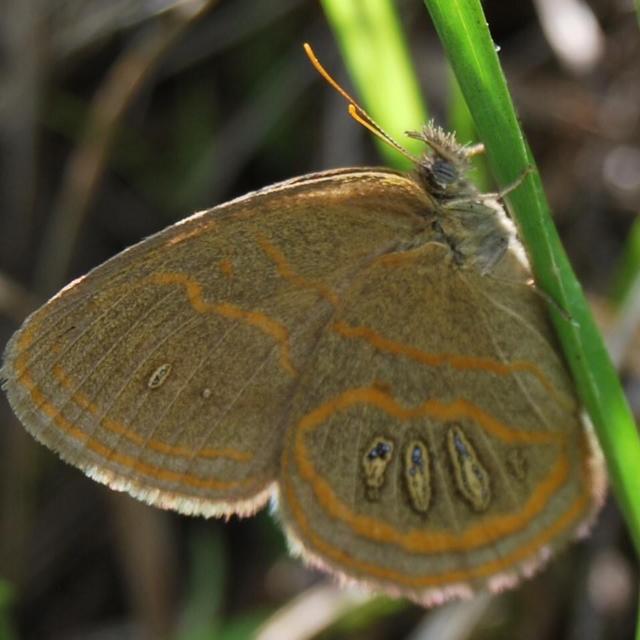 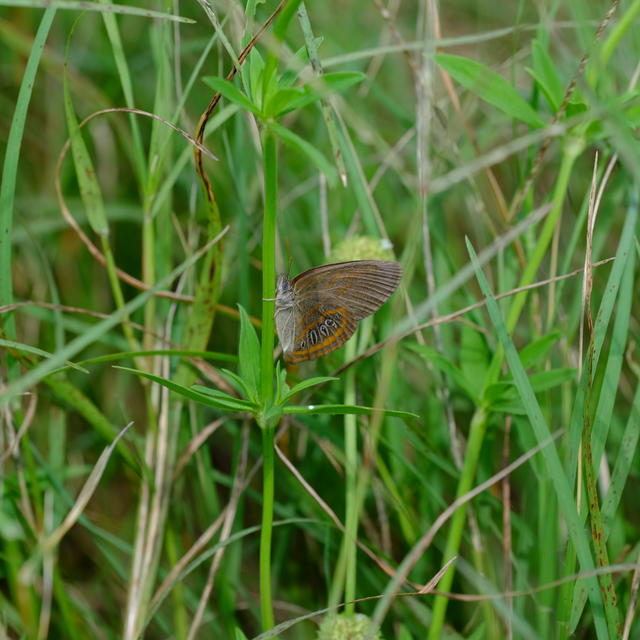 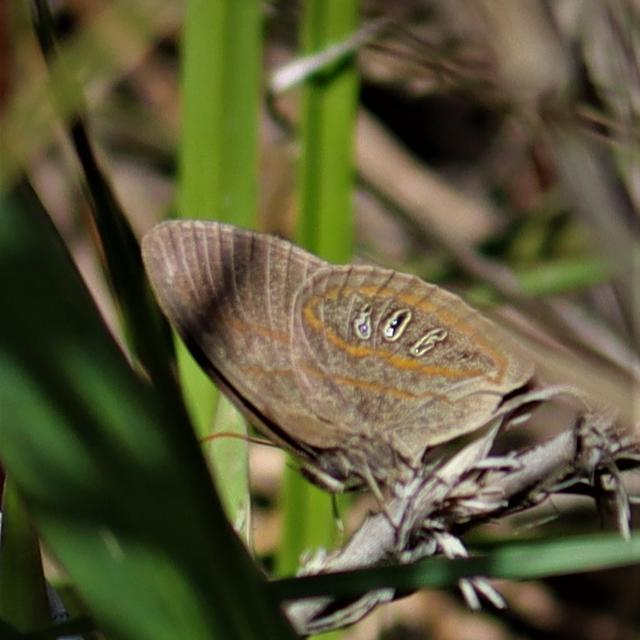 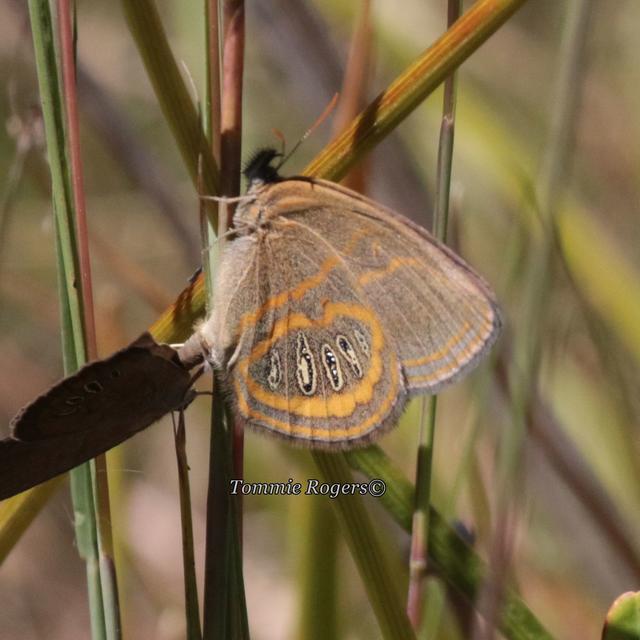 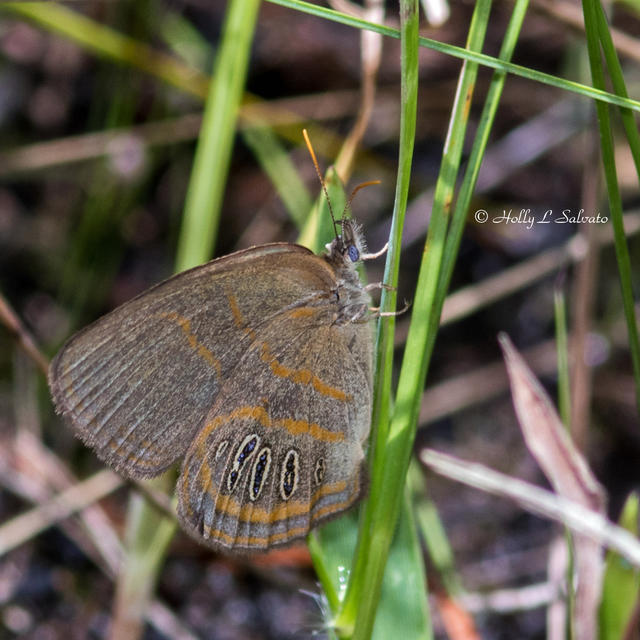 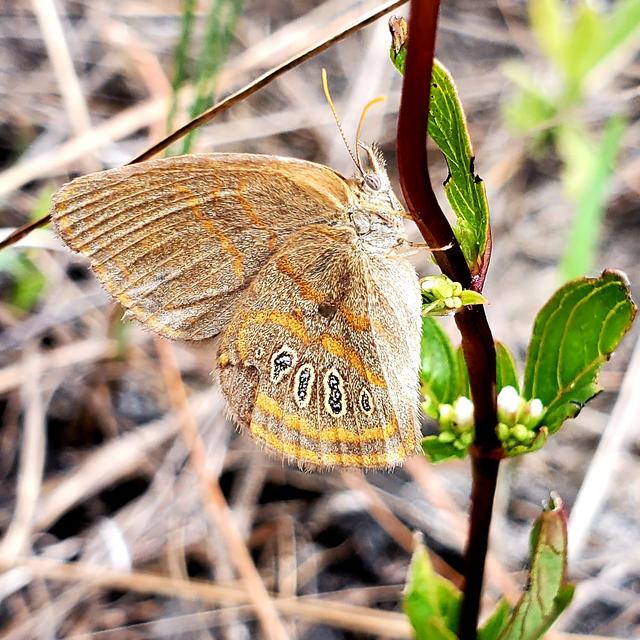 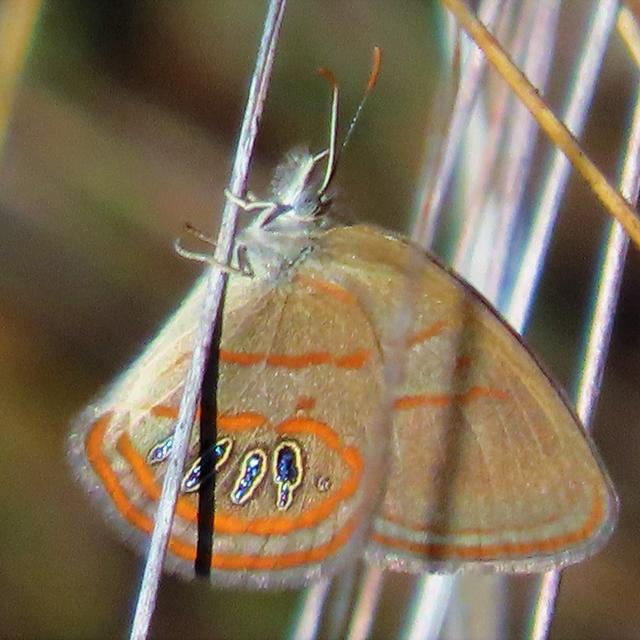 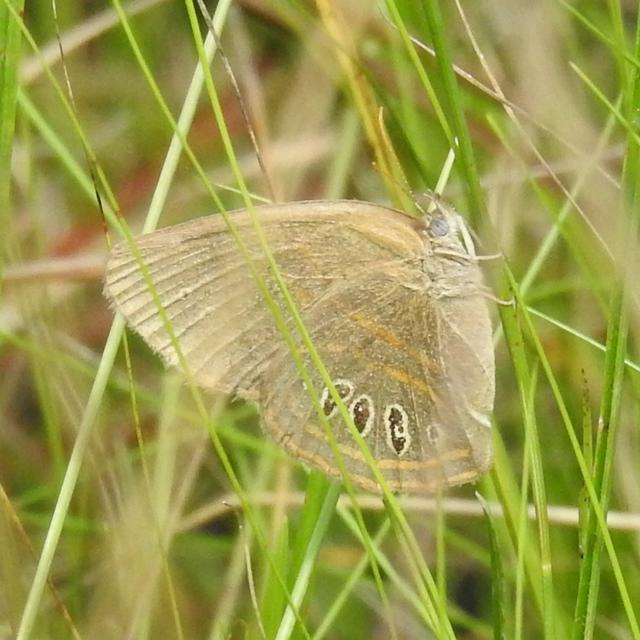 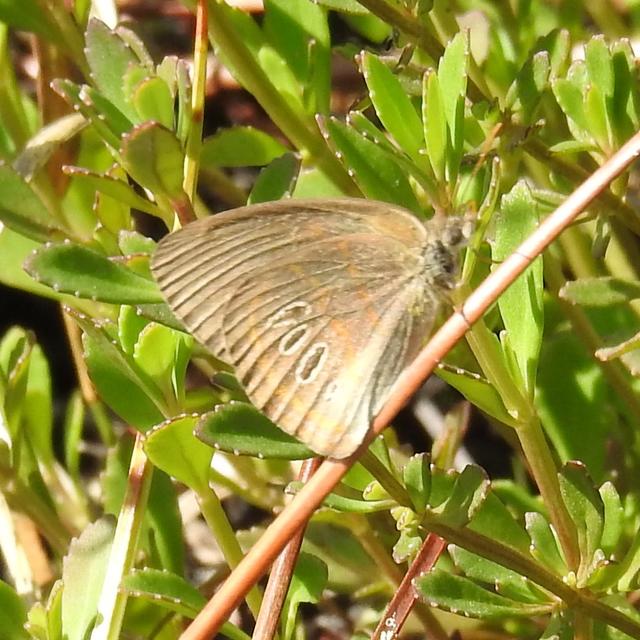 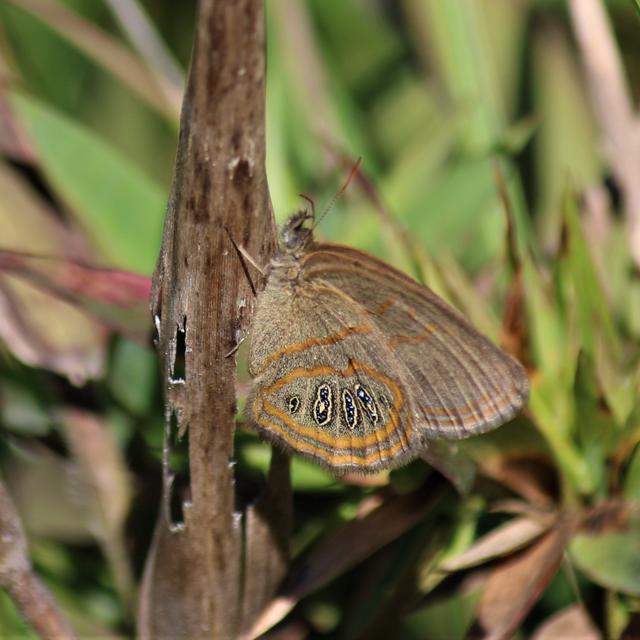 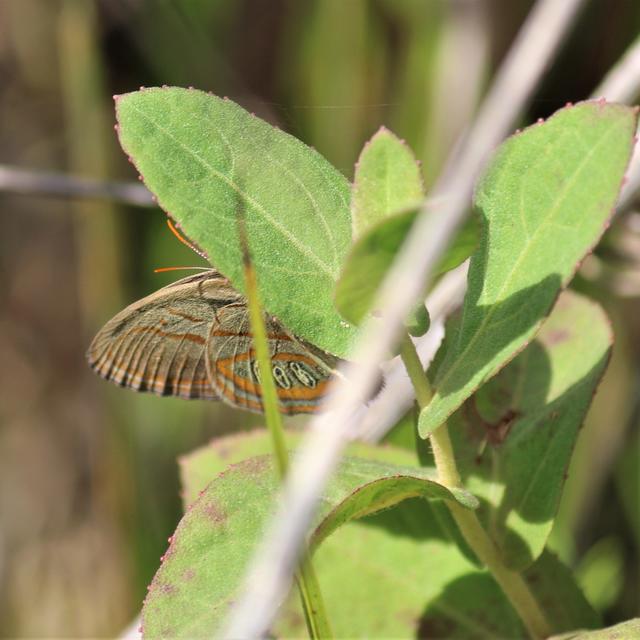 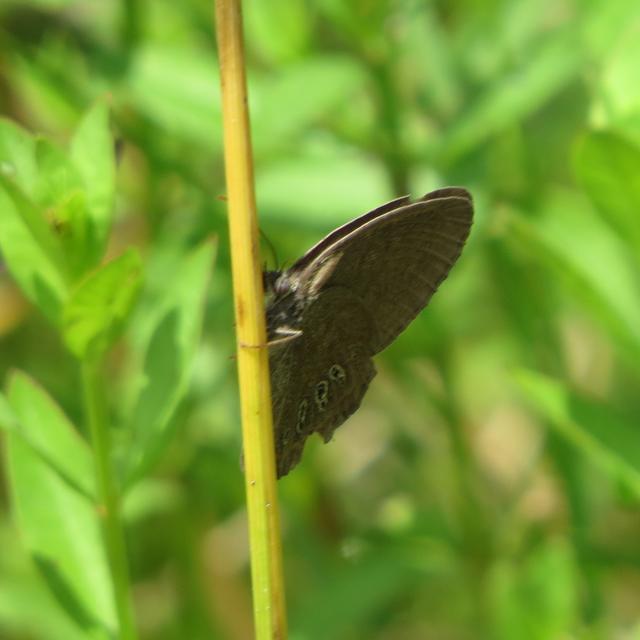 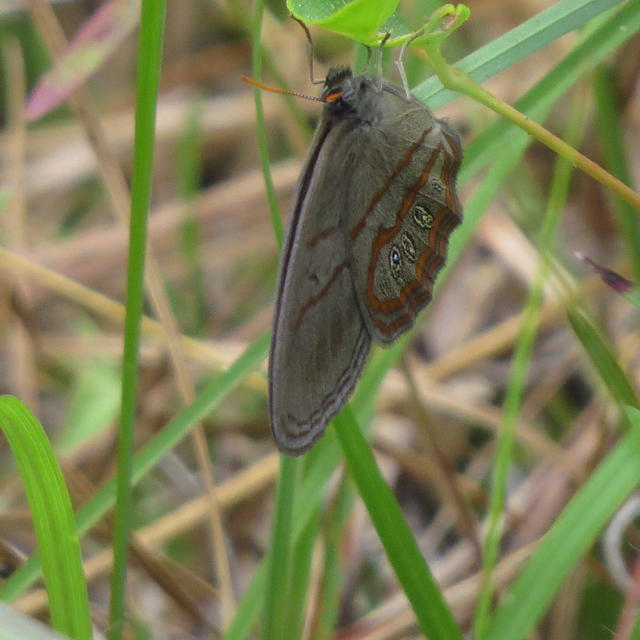 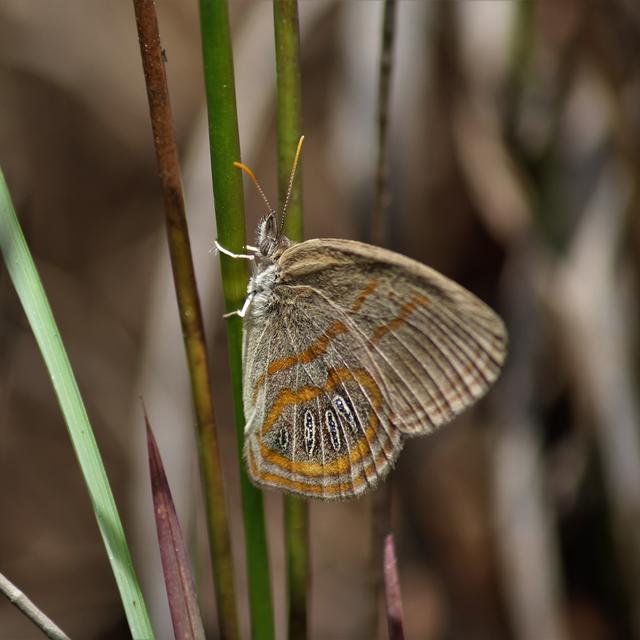 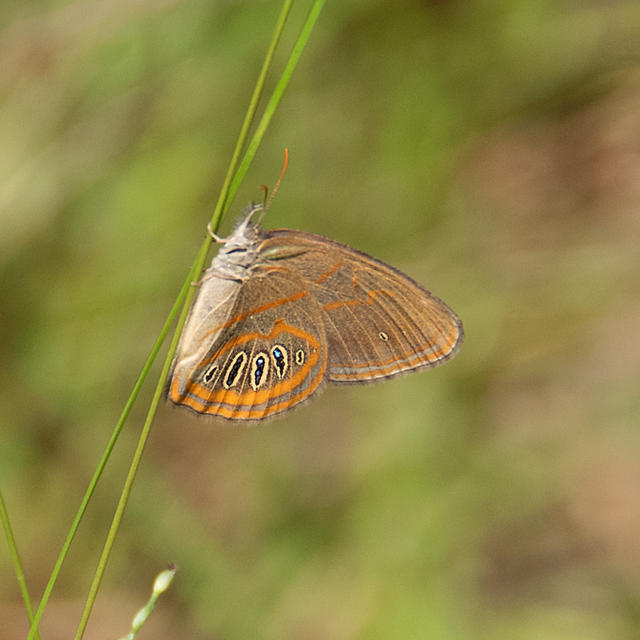 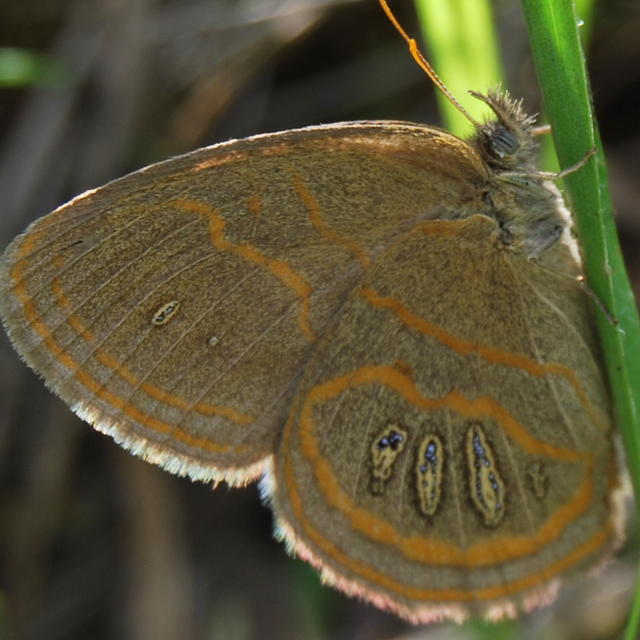 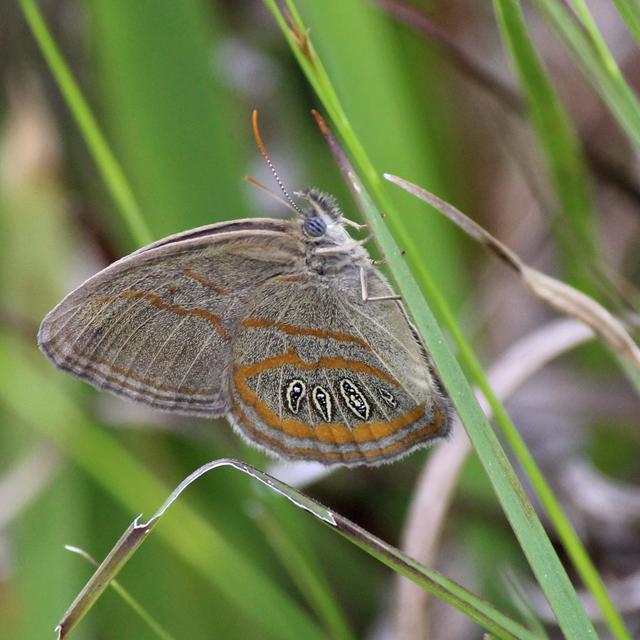 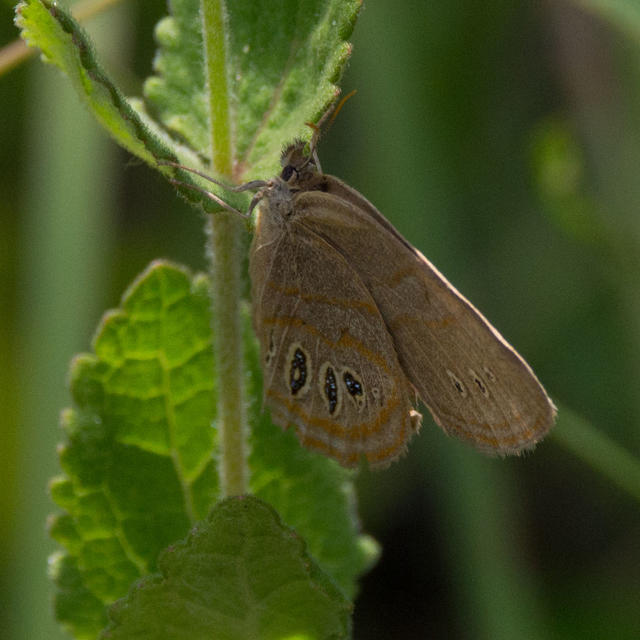 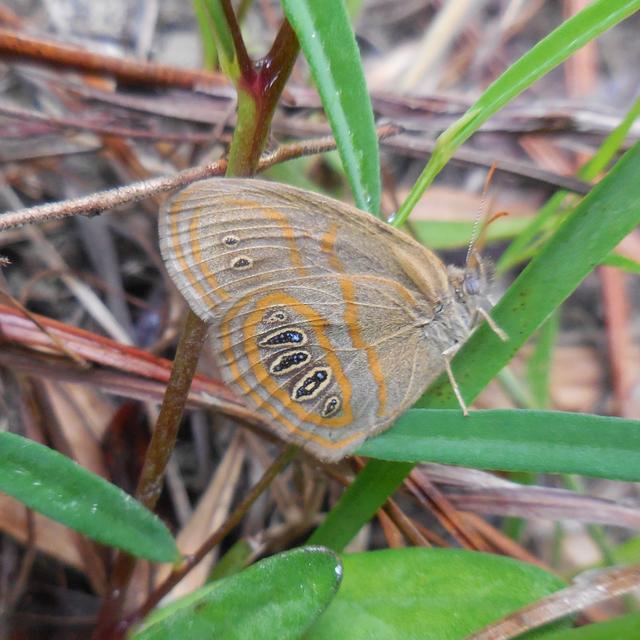