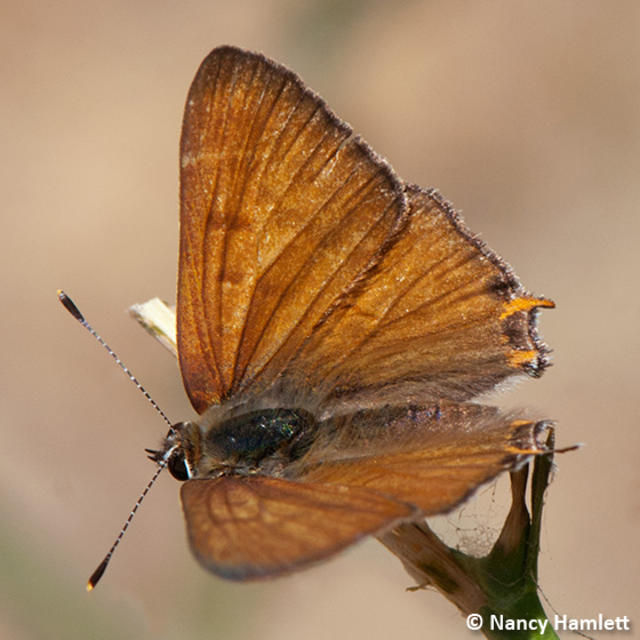 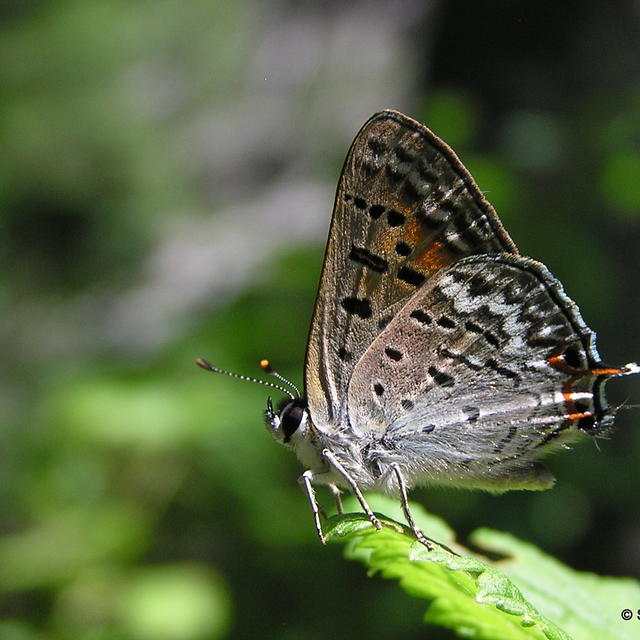 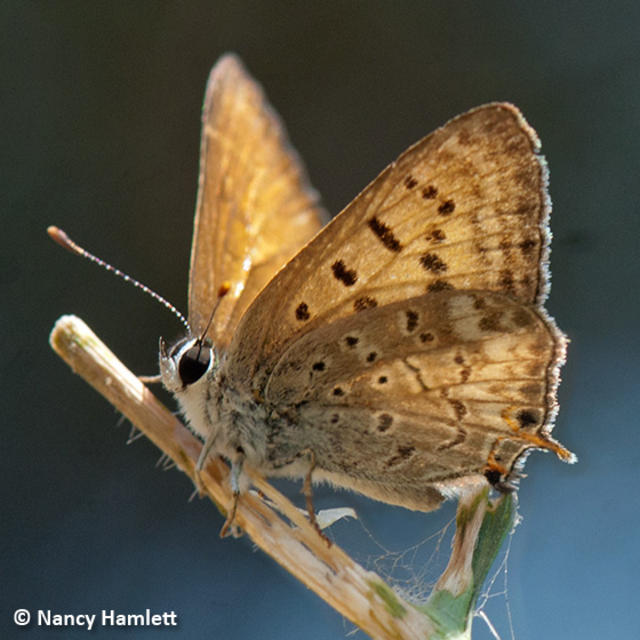 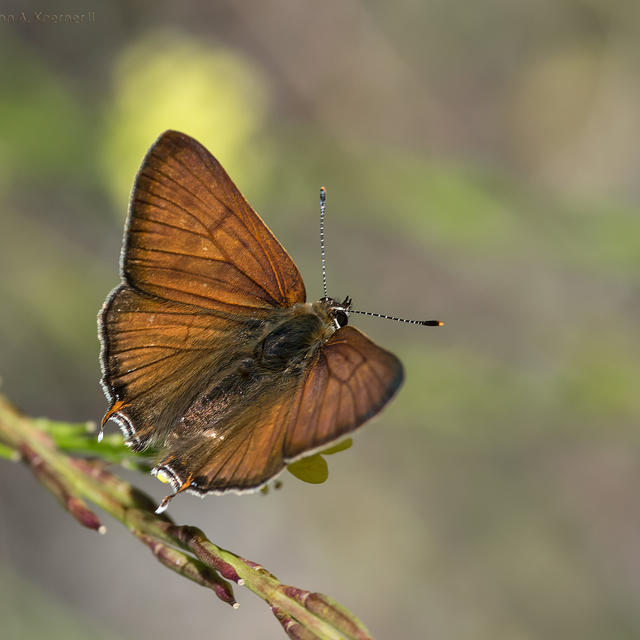 Family: Lycaenidae
Subfamily: Lycaeninae
Identification: Each hindwing of both sexes has a tail. Upper surface of male copper-brown with iridescent purple sheen; female with orange and dark brown pattern. Underside of both sexes gray; forewing with black spots, hindwing with black scrawls and a band of submarginal white crescents.
Wing Span: 1 1/8 - 1 3/8 inches (3 - 3.5 cm).
Life History: Males perch in open areas, often near watercourses or ravines, in the morning to watch for females. Eggs are laid singly on host plant or on debris under it, and hibernate until the following spring. Caterpillars eat leaves.
Flight: One flight from May-August.
Caterpillar Hosts: Leaves of gooseberry and currant (Ribes species) in the Grossulariaceae family.
Adult Food: Flower nectar.
Habitat: Open mixed woodland, sagebrush, chaparral.
Range: New Mexico north and west to Oregon, south to southern California and Baja California.
Conservation: Clouded copper, subspecies nubila, has greatly declined in the vicinity of Los Angeles, California. Lycaena arota nubila has The Nature Conservancy rank of T1 - Critically imperiled because of extreme rarity (5 or fewer occurrences, or very few remaining individuals), or because of some factor of its biology making it especially vulnerable to extinction. (Critically endangered throughout its range).
NCGR:
Management Needs: Conserve remaining habitat of clouded copper. Consider habitat rehabilitation and reintroduction.
Comments: NULL 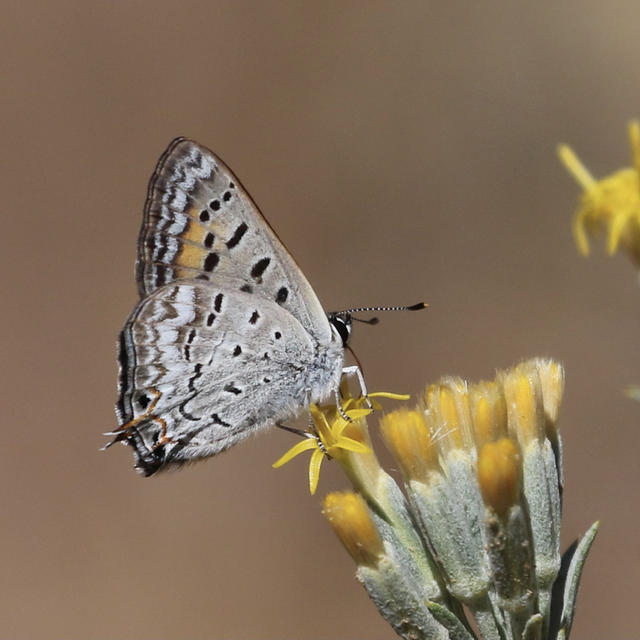 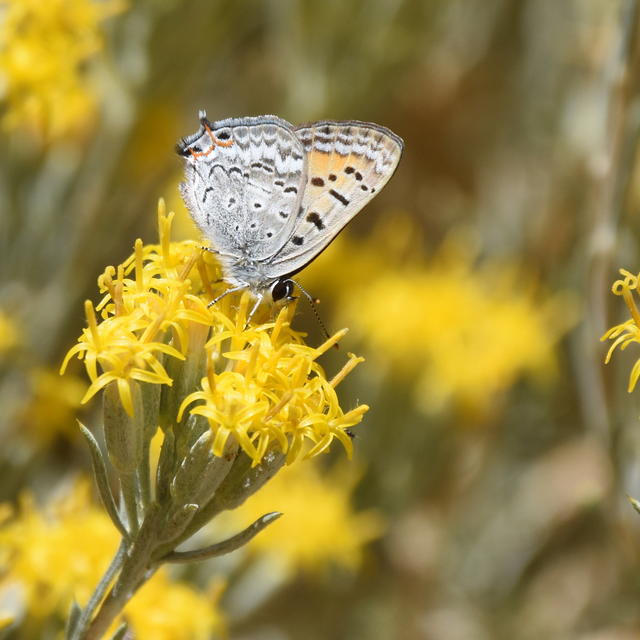 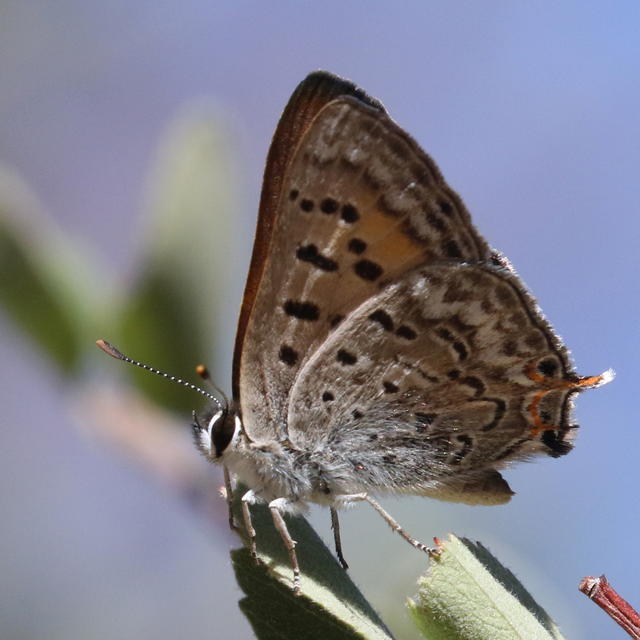 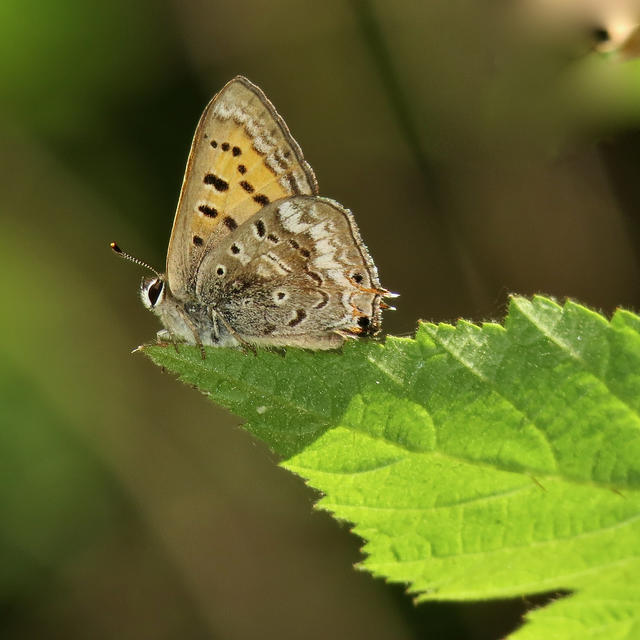 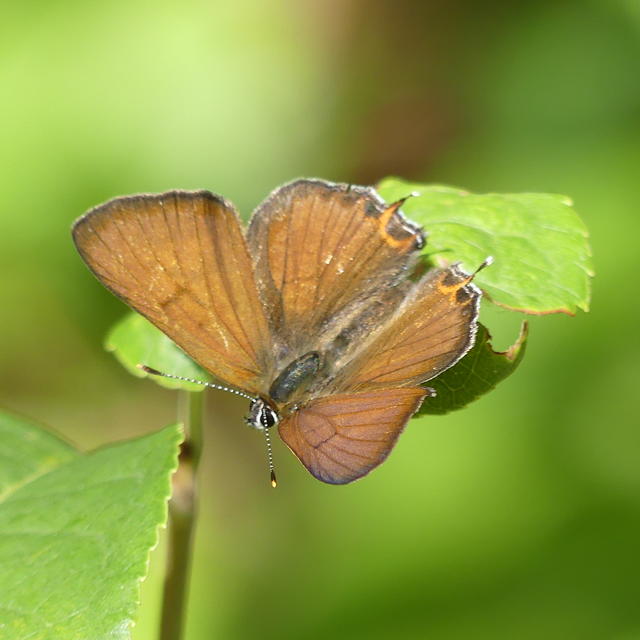 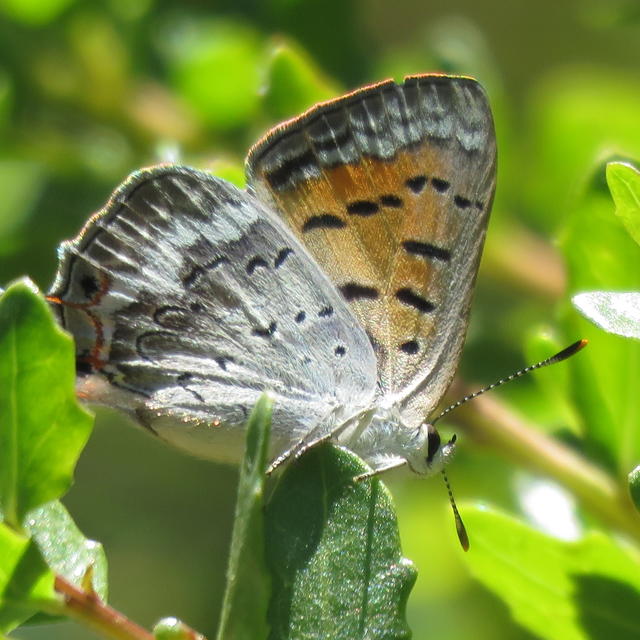 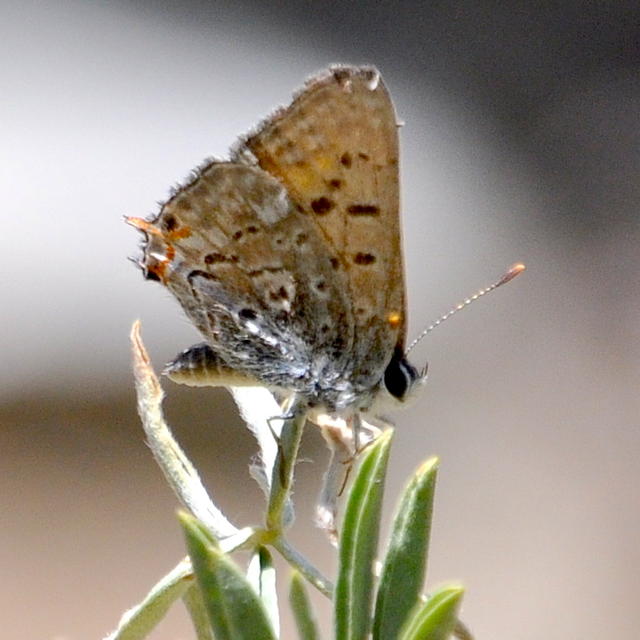 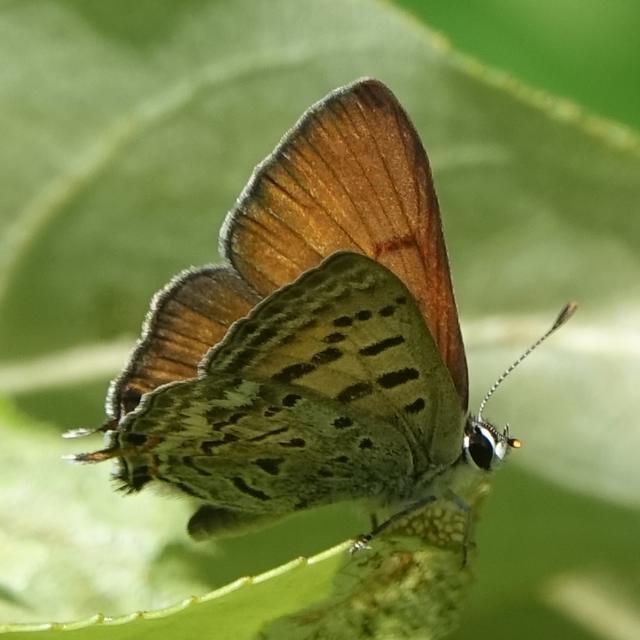 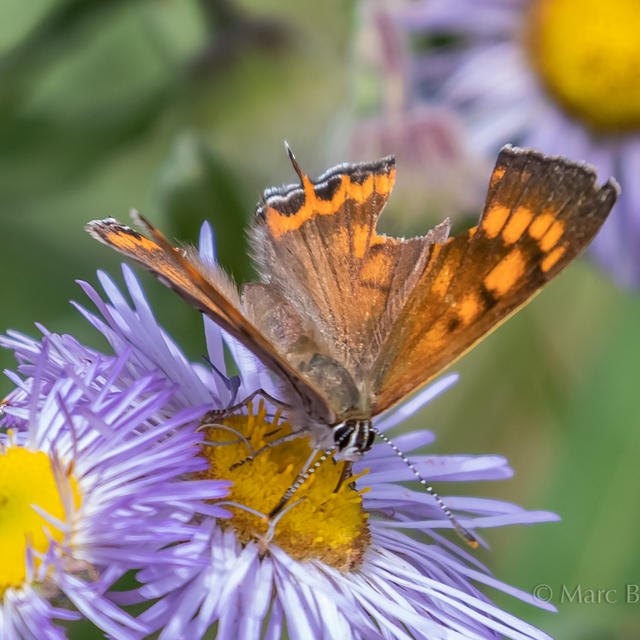 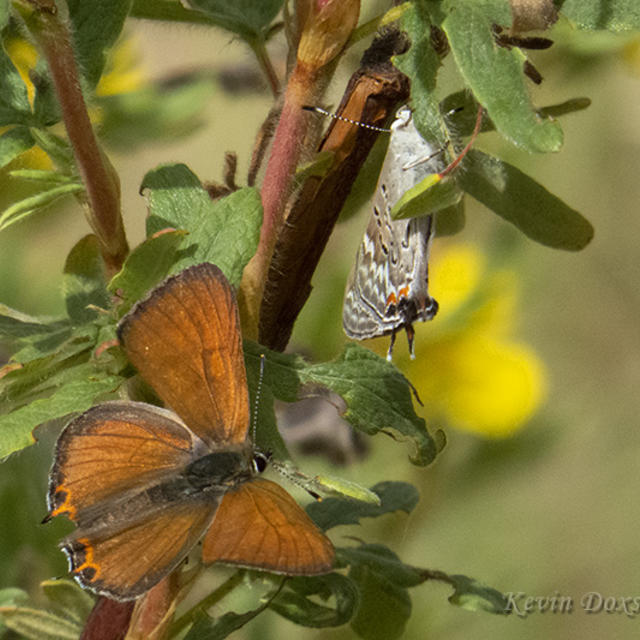 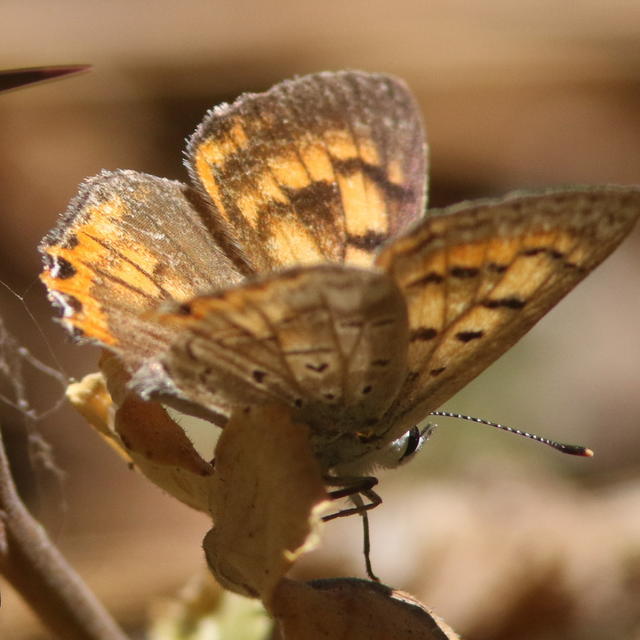 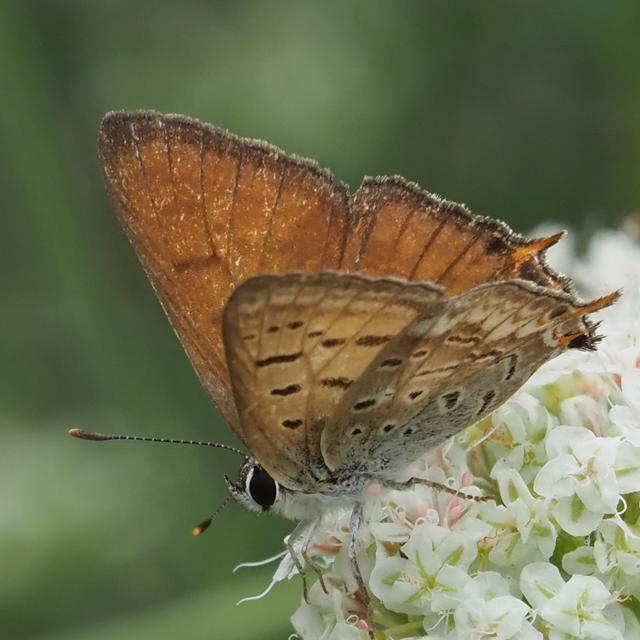 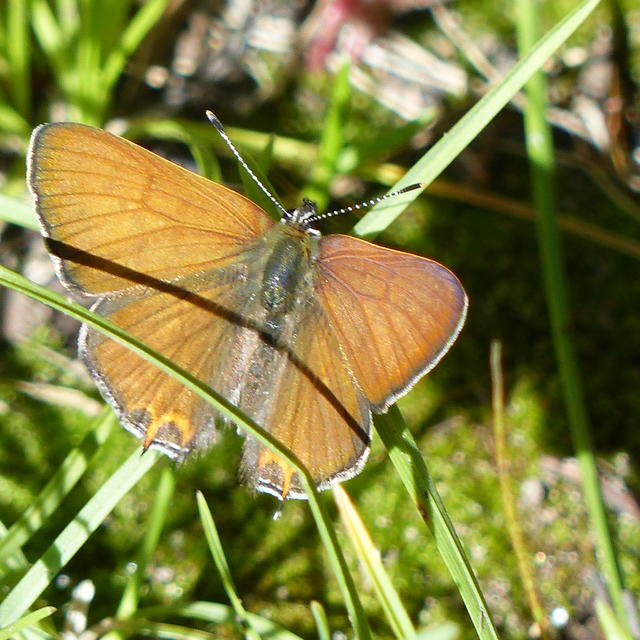 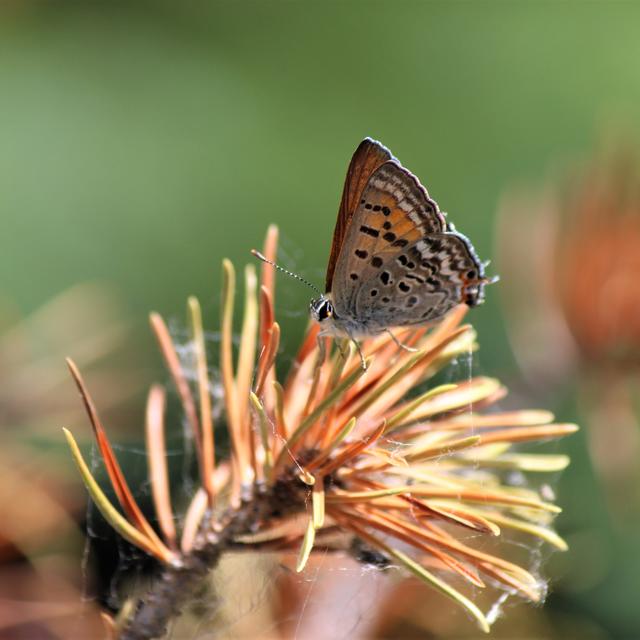 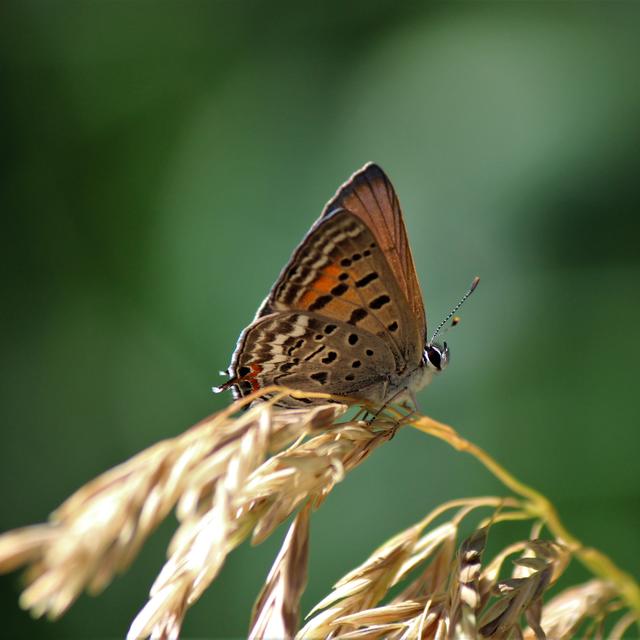 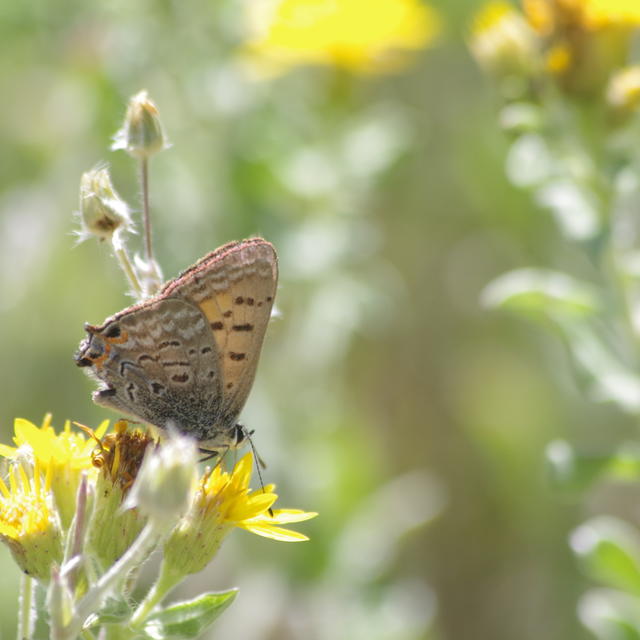 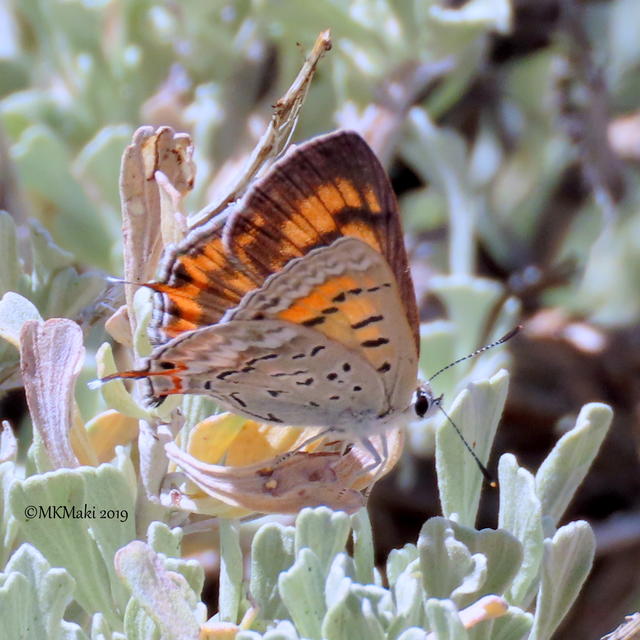 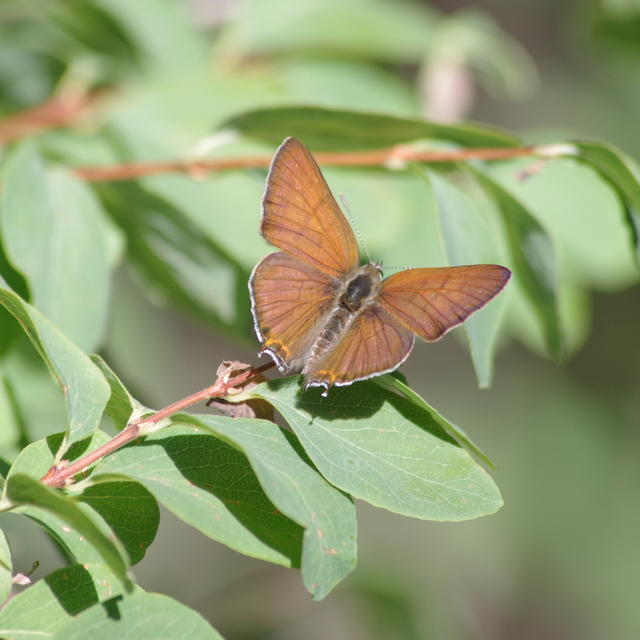 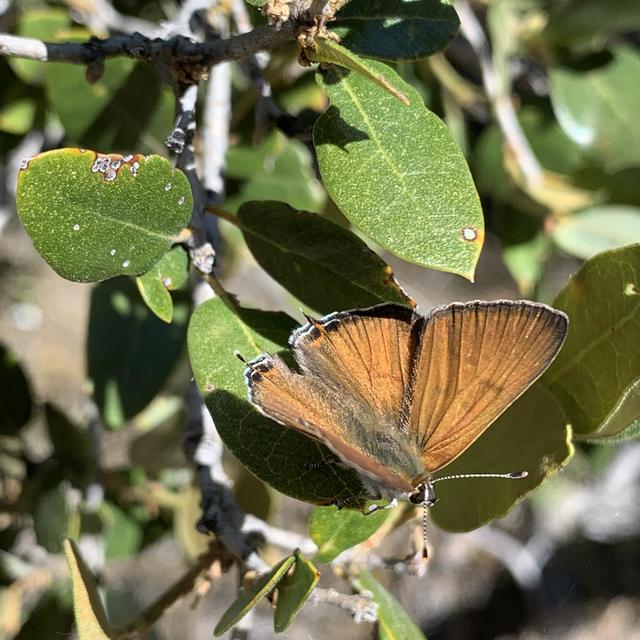 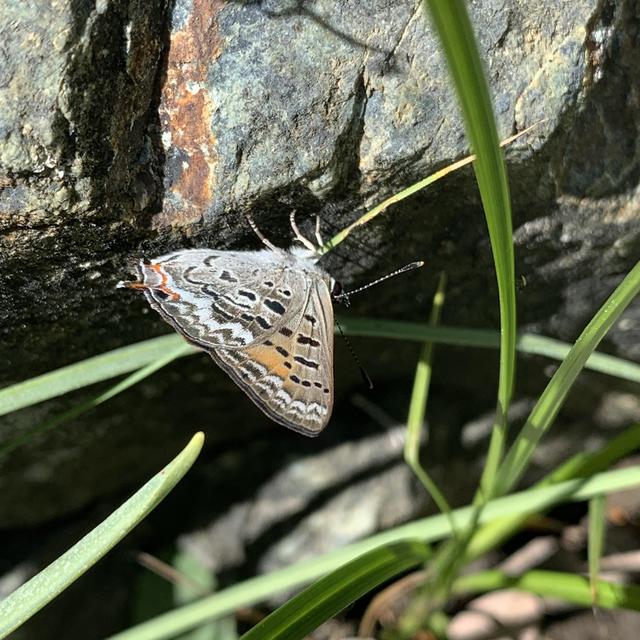 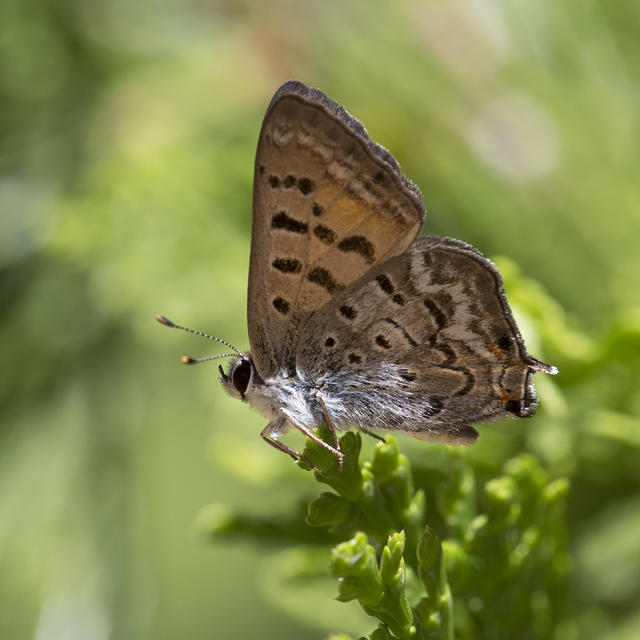 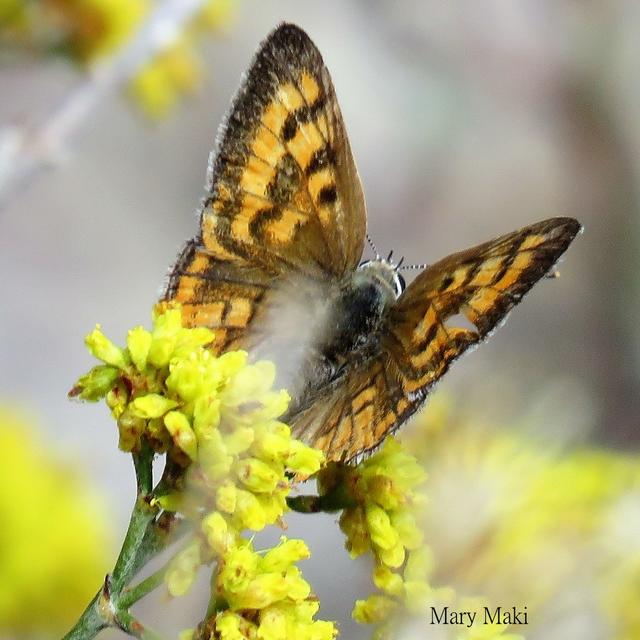