Family: Hesperiidae
Subfamily: Pyrginae
Identification: Forewing tip is rounded; upperside is golden-brown. Male is without a costal fold. Underside of the hindwing is brown with brown marginal crescents and a pale submarginal band.
Wing Span: Not reported.
Life History: Adults have a weak flight. Caterpillars hibernate.
Flight: One brood from July-August.
Caterpillar Hosts: Smoothpod hairypea (Tephrosia leiocarpa) in the pea family (Fabaceae).
Adult Food: Flower nectar.
Habitat: Open woodland.
Range: Southern Arizona and Mexico.
Conservation: Populations in southern Arizona should be monitored and conserved.
NCGR: G4 - Apparently secure globally, though it might be quite rare in parts of its range, especially at the periphery.
Management Needs: None reported.
Comments: NULL 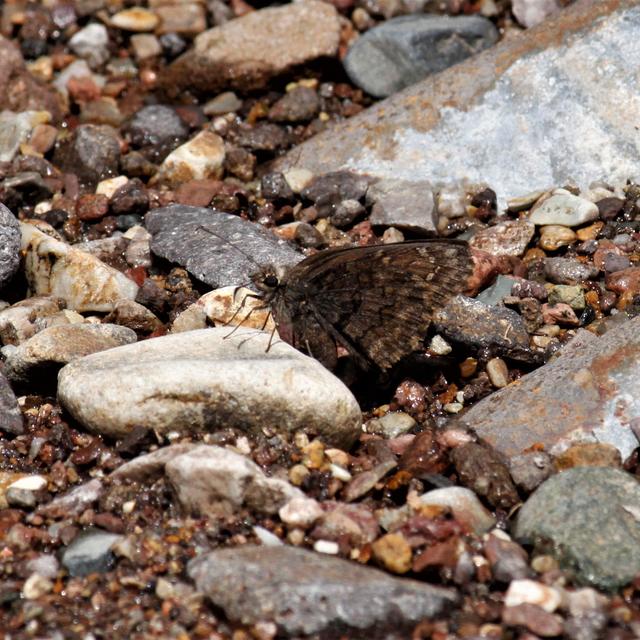