Family: Crambidae
Subfamily: Spilomelinae
Identification: Similar in size and appearance to itysalis and radiosalis. Labial palpus 3.5 to 4 times as long as diameter of eye, exceeding head by 1.25 to 1.5 times length of latter. Antenna of male compressed, of female filiform, pubescent in both sexes, but with longer pubescence in male than in female. From itysalis this species differs most regularly in lacking the subapical interruption of the subterminal dark shade. From radiosalis the male can be distinguished in that it has the outer preapical spur of the hind tibia well developed as in itysalis, not rudimentary, as in radiosalis. Females tend to be browner than those of radiosalis, but they cannot always be distinguished with certainty.
Wing Span: 2.2 cm
Life History:
Flight: July and August
Caterpillar Hosts:
Adult Food:
Habitat:
Range: New Mexico and California to Alberta and Northwest Territory.
Conservation:
NCGR:
Management Needs:
Comments: 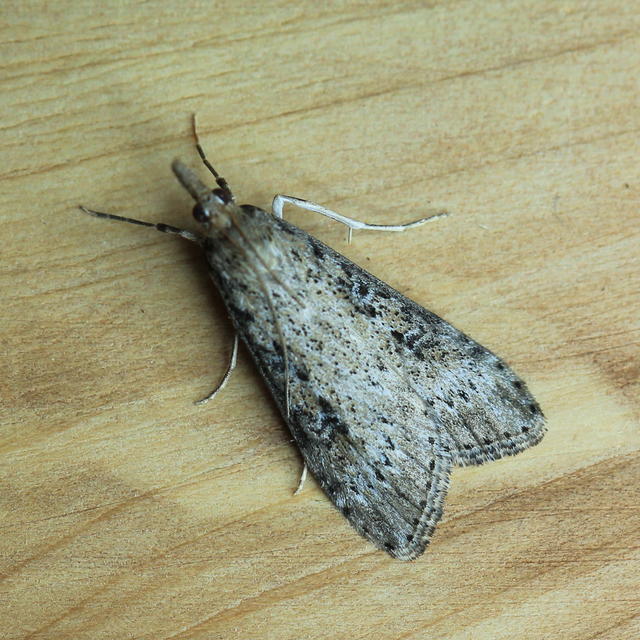 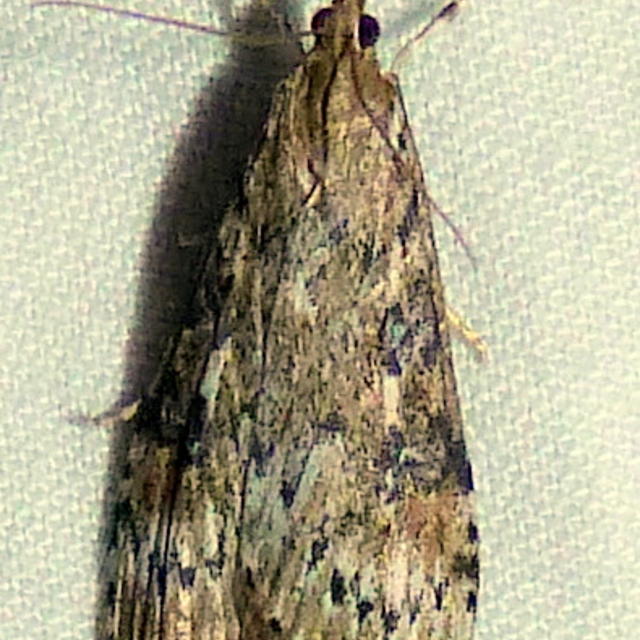