Family: Noctuidae
Subfamily: Oncocnemidinae
Identification: This species can be identified by its pointed wing shape, streaked brown and gray color, and pattern of dark wedges at the subterminal line.
Wing Span: 2.8-3.4 cm
Life History:
Flight: Fies during the fall, usually in September.
Caterpillar Hosts: Unknown
Adult Food:
Habitat:
Range: Widely distributed in southern British Columbia, and eastern Washington but is only known from a handful of localities. It is also known from several localities in southeastern Idaho.
Conservation:
NCGR:
Management Needs:
Comments: 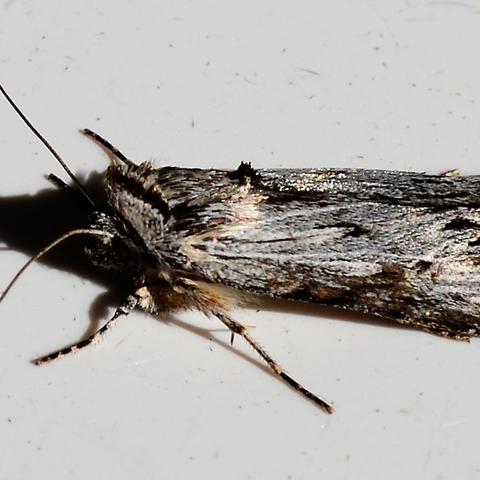