Family: Tortricidae
Subfamily: Tortricinae
Identification: The forewing has a uniform white to cream ground color with a gray-brown, nearly complete median fascia of nearly uniform width, the costal portion of which is represented by a small, disjunct, semicircular patch near the mid-costa
Wing Span: 1.2-1.4 cm
Life History:
Flight: In British Columbia, the Sierra Nevada (California), and the Rocky Mountains (Colorado), adults have been collected from early July through mid-August. In coastal California, captures are from October and November.
Caterpillar Hosts:
Adult Food:
Habitat:
Range: Recorded from coastal California (Marin Co.) (EME), north to Vancouver, British Columbia (CNC), at elevations of 15–75 m, east to the Rocky Mountains in Colorado and Montana at elevations of 2600–2700 m
Conservation:
NCGR:
Management Needs: 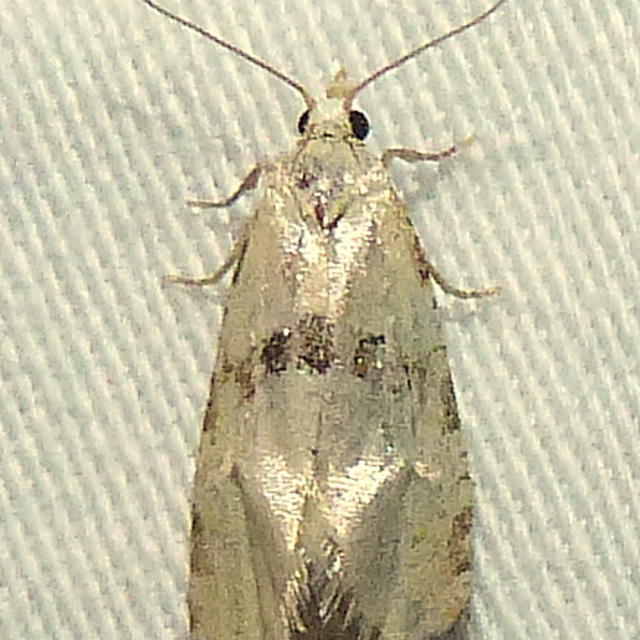