Family: Noctuidae
Subfamily: Noctuinae
Identification: A medium-sized orange-brown or tan moth with dark streaking. The forewings are rusty and orange-buff, with a short thick black basal streak and broad dark grey-black median stripe that widens toward the margin. The veins are lined with a mix of grey and white scales. The normal spots and lines are absent, except for the black terminal line, broken at the veins. The fringe is a mix of light grey and buff scales. Hindwings buff-white near the base, suffused with grey scales on the outer two-thirds, darker toward the margin. There is a partial thin black terminal line and a buff-white fringe. Antennae simple and sexes alike.
Wing Span: 2.6-3.0 cm
Life History:
Flight: Mid June through early September
Caterpillar Hosts:
Adult Food:
Habitat: Drainages, grasslands, parklands, foothills, mountains north into the boreal forest
Range: The Atlantic coast north to the North West Territories and Alaska, south in the west to California and Utah.
Conservation:
NCGR:
Management Needs: 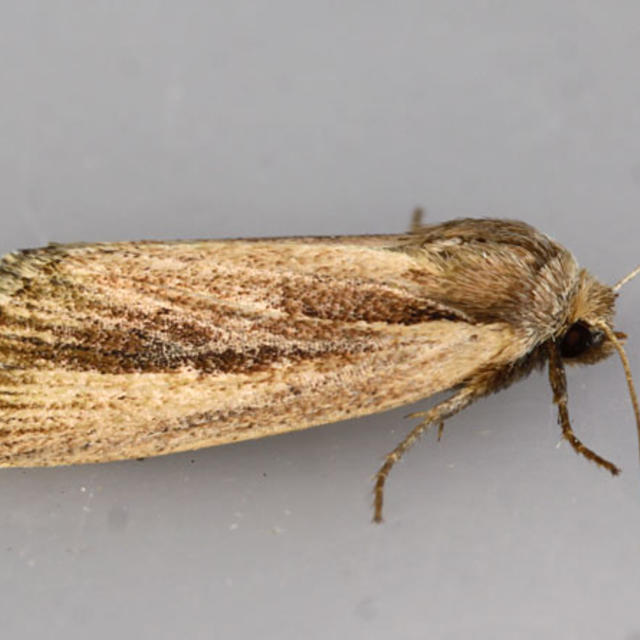