Family: Noctuidae
Subfamily: Noctuinae
Identification: A distinctive, streaky gray-green moth with relatively long and pointed forewings. It is medium-sized (FW length 17 - 21 mm). The green color is produced by intermixed gray and yellow scales, not green pigment. The forewing margins are paler whitish to light yellow depending on the population, and the forewings are longitudinally streaked with yellow from base to the terminal area through the cell and fold region. The antemedial and postmedial lines are marked by a few black dots on the veins. The hindwings are light gray, with dark populations entirely gray and desert populations lighter whitish gray near the base with visible dark discal spot and veins. The fringe and median margin are white. The head and thorax are greenish like the forewings while the abdomen is pale gray. The male antenna is bead-like. This species can be told by all other North American moths by its gray-green color and streaky pattern.
Wing Span: 3.4 – 4.0 cm
Life History:
Flight: Summer
Caterpillar Hosts: A burrowing cutworm that burrows through loose soils of volcanic ash or sand up to 2.5 cm. below the soil surface, and feeds on herbaceous vegetation such as weedy mustards (Brassicaceae). Larvae emerge at night from the soil to feed on vegetation.
Adult Food:
Habitat: Widely distributed in dry prairie and rangeland habitats throughout much of western North America. In the Pacific Northwest, it is most common to abundant in dry, open sagebrush steppe and juniper woodlands at low to middle elevations east of the Cascades. It also occurs at high elevations in dry, open meadows along the summit of the Cascades, on Drake Peak in the Warner Mountains, and in the Steens Mountains of southeastern Oregon. It appears to prefer habitats with loose soils composed of volcanic ash in the Pacific Northwest, but is also known from sand dunes in the Columbia Basin of Washington.
Range: Great Plains from northern Colorado to the northern limit of the Plains in Canada's Prairie Provinces.
Conservation:
NCGR:
Management Needs:
Taxonomy Notes: Includes as a subspecies Copablepharon hopfingeri [10688]. 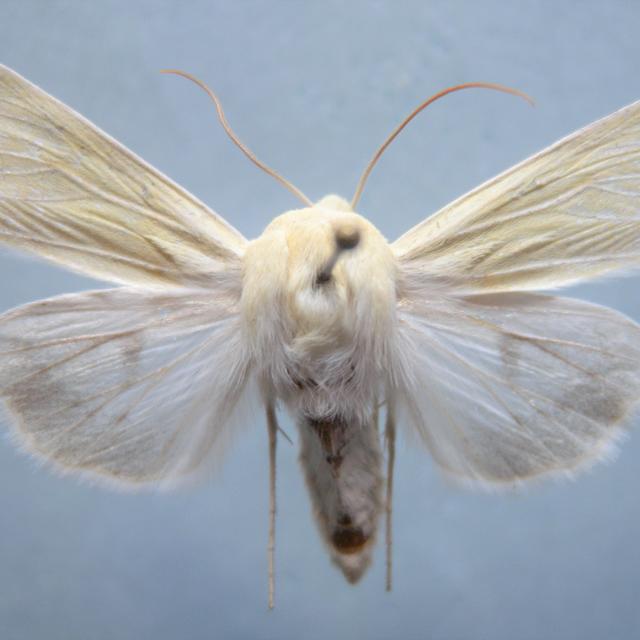