Family: Noctuidae
Subfamily: Noctuinae
Identification: A small brown moth (FW length 10–15 mm) that flies in desert scrub during the fall. Its brown, pointed forewings are marked with black V-shaped reniform and linear orbicular spots. Males are larger than females and have longer and more pointed wings. The color is powdery gray-brown, becoming gradually darker gray toward the outer margin. The basal and antemedial lines are evident as dark spots on the costa or are completely absent, as is the median line. The postmedial line is also usually absent except at the costa, present as a gray thin scalloped line in a few individuals. The subterminal line is pale, slightly yellow, straight or very slightly irregular, and complete across the wing. It is preceded by a slightly darker shade. The orbicular line is dark brownish black, linear, varying in length from a short line in the cell to a long streak to the wing base. The renifrom is gray to black in outline, variably filled with gray to dark black-brown and occasionally completely absent. It is usually deeply inde
Wing Span: 2.0-3.0 cm
Life History:
Flight:
Caterpillar Hosts: Not known.
Adult Food:
Habitat: Widely distributed on dry, open sagebrush steppe at low elevations east of the Cascades, extending to juniper woodland and lodgepole pine forests on volcanic ash soils along the east slope of the Oregon Cascades at middle elevations. It is locally common.
Range: The southern part of British Columbia. It is widely distributed in the sage steppe of the Columbia Basin in Washington, the deserts of eastern and southeastern Oregon, and southern Idaho.
Conservation:
NCGR:
Management Needs:
Comments:
Taxonomy Notes: Formerly placed in the genus Platyperigea. 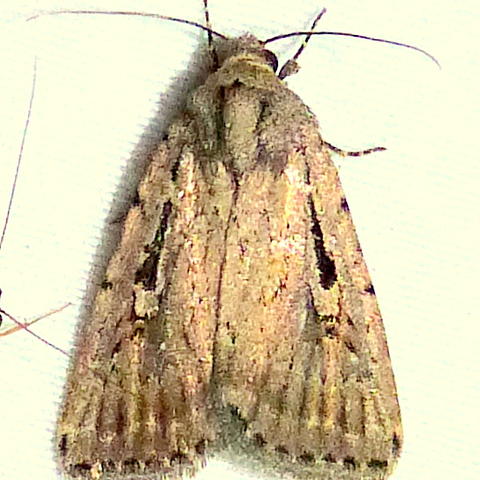 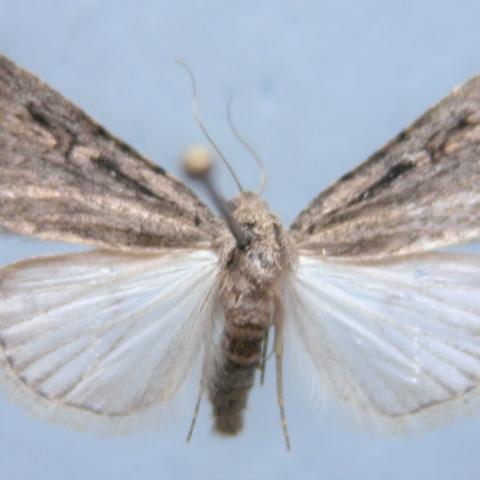