Family: Tortricidae
Subfamily: Tortricinae
Identification: Archips podana is sexually dimorphic. The male forewing is pale purplish brown with a dark-brown basal patch and well-defined median fascia. The female forewing is pale brown to purplish brown with darker reticulate markings. The hindwing in both sexes is gray basally and yellowish orange apically; the yellowish-orange coloration is usually more pronounced in the female. Dark forms of both sexes exist, where the entire forewing is overlaid with purplish-gray scaling. Males have a forewing costal fold.
Wing Span: 2.0-2.4 cm
Life History: Archips podana completes a single generation per year over most of its range. In warmer climates a partial second generation may develop. Adults are present from the end of June through early August. Females lay eggs in masses of 50-100 individual eggs on the surfaces of leaves. Eggs are covered by a waxy secretion that both protects and camouflages the egg mass. First instar larvae hatch in 17-23 days and begin feeding on leaves. Second and third instars feed on the surface of fruit, often creating a shelter by webbing leaves to fruit. Larvae overwinter in the third instar and continue development the following spring. Fourth instars feed on developing buds and subsequent instars feed on foliage in shelters constructed of webbed leaves. Pupation occurs in the final larval shelter.
Flight: End of June through early August.
Caterpillar Hosts: A major pest of apple and pear in parts of Europe. Larvae are moderately polyphagous and feed on a variety of deciduous trees and shrubs.
Adult Food:
Habitat:
Range:
Conservation:
NCGR:
Management Needs:
Comments: 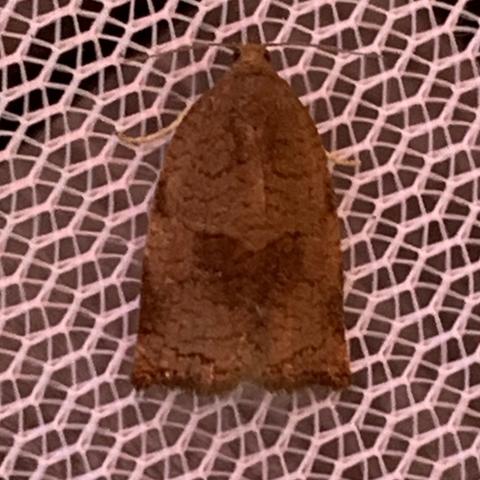 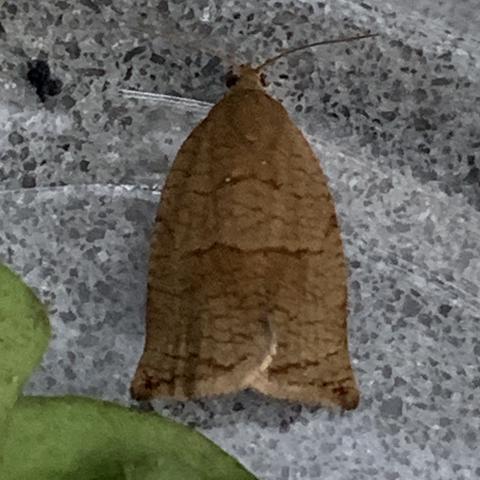