Family: Noctuidae
Subfamily: Noctuinae
Identification: A medium-sized moth (FW length 16–21 mm) with a greenish gray forewing that flies above timberline north of central Washington. The forewing is relatively broad, with an elongate apex and slightly scalloped outer margin. The color is dark powdery green-gray, slightly darker along the costa and in the median area due to a diffuse median line. The lines are dark gray, double with lighter yellow-green to gray-green filling. The basal and antemedial lines are slightly irregular. The latter line is angled across the wing with a long tooth toward the margin on 1A+2A near the posterior margin. The postmedial line is strongly toothed, strongly drawn toward the base on the costa, bent abruptly below the costa and oriented obliquely across the wing with a slight convex segment around the reniform spot. The subterminal line is pale, similar to the filling of the other lines, irregular with a weak W-mark on the mid-wing. It is preceded by a variable gray shade, continuous or forming a series of dark wedges on the mid-wi
Wing Span: 3.2-4.2 cm
Life History:
Flight:
Caterpillar Hosts: Grasses (Poaceae), particularly Festuca bunchgrasses.
Adult Food:
Habitat: Arctic and alpine tundra.
Range: Mountains throughout British Columbia, ranging south to the northern Cascade Mountains in Washington. It has also been collected in the Selkirk Range in far northeastern Washington. This species is likely to occur at high elevations in the Rocky Mountain system in Idaho and Montana. Global
Conservation:
NCGR:
Management Needs:
Comments: 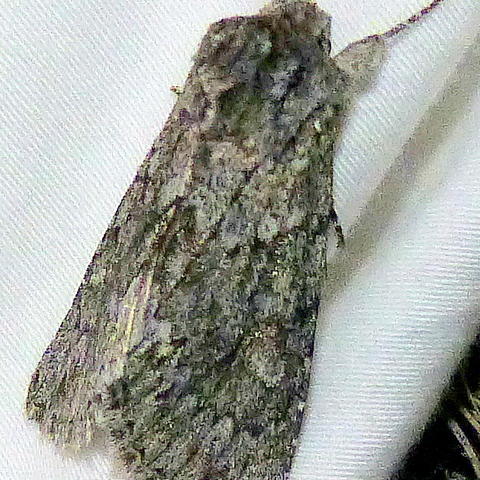 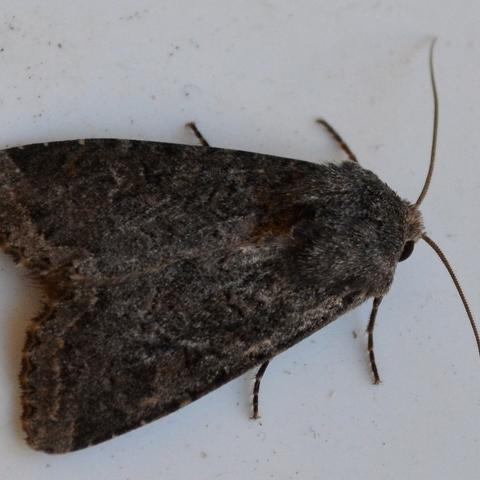