Family: Noctuidae
Subfamily: Oncocnemidinae
Identification: A small moth with a brown forewing and black hindwing that are both marked with warm brownish off-white on the median wing that produces the appearance of a continuous band across both wings in spread specimens. It flies in a variety of dry habitats from mid-summer through the fall. The forewing is sandy gray-brown on the base and with slightly darker gray-brown ground color distal to the antemedial line. The medial subterminal area is mostly the pale color described above, forming a large patch on the posterior half of the wing and a smaller one opposite the cell. The lateral subterminal area is darker gray with a series of long black wedges abutting the subterminal line on the anterior and mid-wing. The basal, antemedial, and postmedial lines are black, single. The antemedial line is smoothly convex except for a short concave segment on the cubital vein. The postmedial line is narrowly excurved opposite at the reniform spot, then sharply drawn toward the base across the lower spot before turning in a smoo
Wing Span: 2.4-2.8 cm
Life History:
Flight: Late summer and fall.
Caterpillar Hosts:
Adult Food:
Habitat: Dry brushlands, juniper woodlands, and canyonland habitats at low to middle elevations.
Range: Widely distributed throughout much of western North America. It is rather sporadic in distribution, but is one of the most reliably collected fall Sympistis species and can be locally common to abundant.
Conservation:
NCGR:
Management Needs:
Comments:
Taxonomy Notes: None. 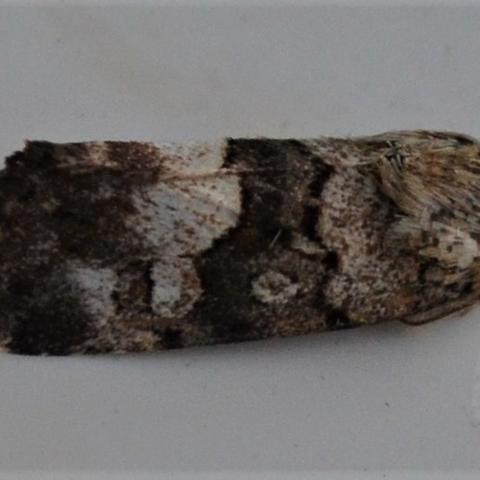 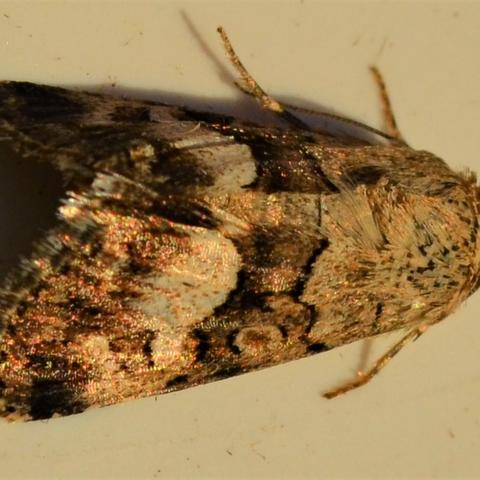 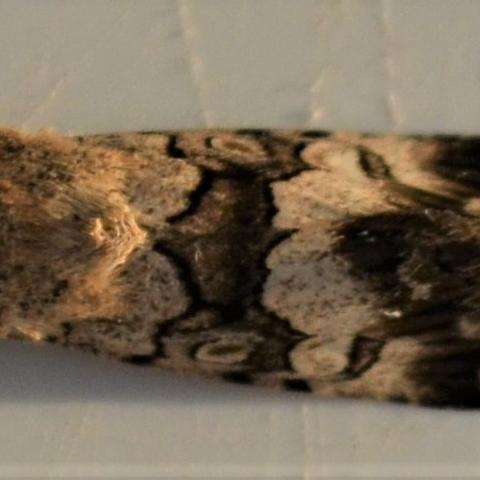 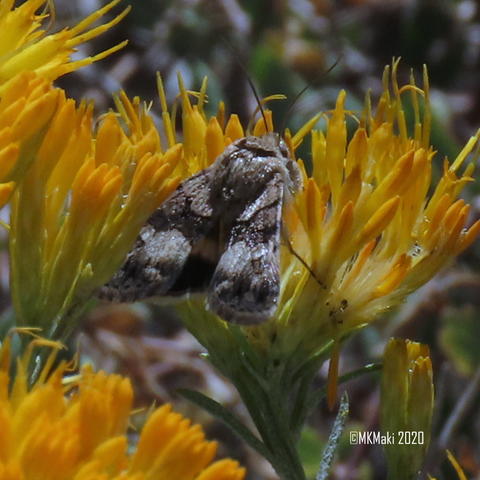 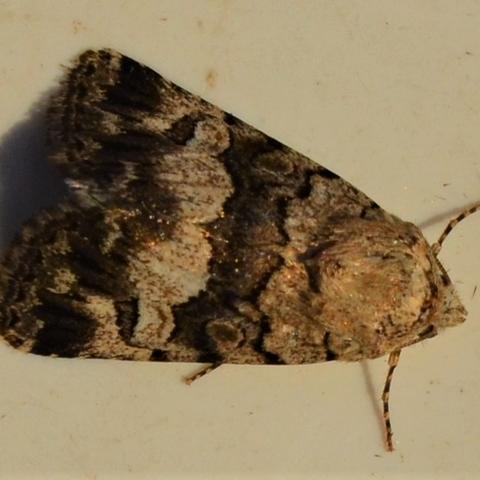 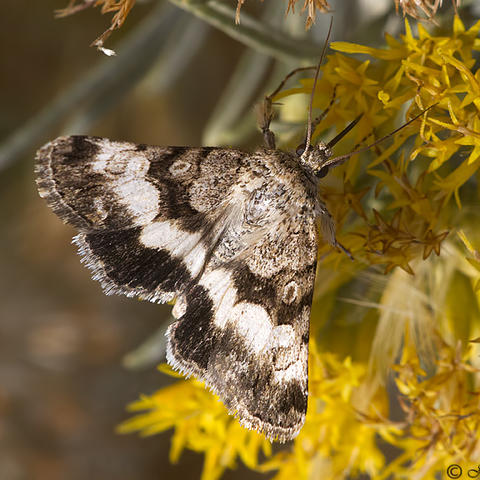 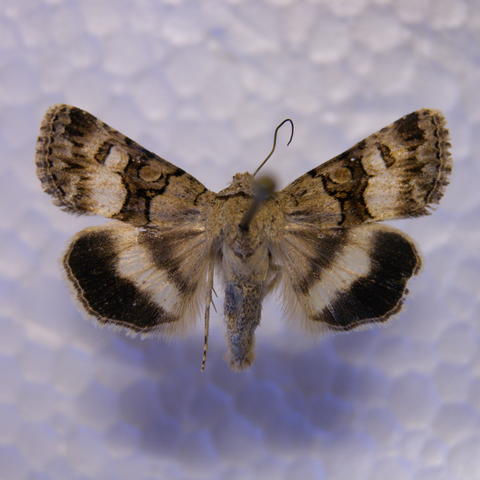 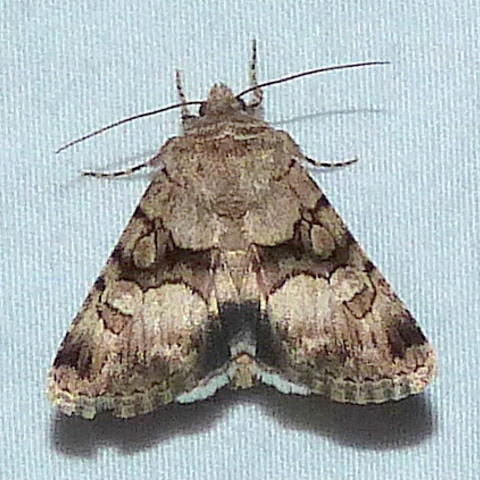