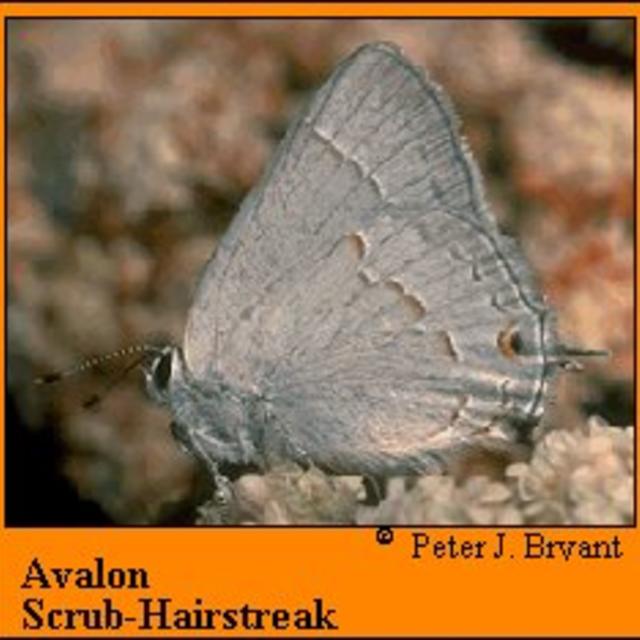 Family: Lycaenidae
Subfamily: Theclinae
Identification: One short tail on the hindwing. Upperside gray; hindwing with red or yellow spot near tail; may have small white spots at margin. Underside ashy gray, slightly darker on inner half of wing. Submarginal and postmedian lines faint or lacking.
Wing Span: 3/4 - 1 inch (1.9 - 2.5 cm).
Life History: Eggs are laid on terminal buds and on flower buds.
Flight: Many broods from February-December.
Caterpillar Hosts: Silverleaf lotus (Lotus argophyllus var. ornithopus) and deerbrush (Lotus scoparius).
Adult Food: Nectar from flowers including common sumac (Rhus laurina) and giant buckwheat (Eriogonum giganteum).
Habitat: Chaparral and grassy areas.
Range: Found only on Santa Catalina Island, off the coast of southern California.
Conservation: This species is one of the most limited U. S. species and should be conserved.
NCGR: G3 - Very rare or local throughout its range or found locally in a restricted range (21 to 100 occurrences). (Threatened throughout its range).
Management Needs: Maintain stands of host plants. Prevent loss or destruction of habitat.
Comments: NULL 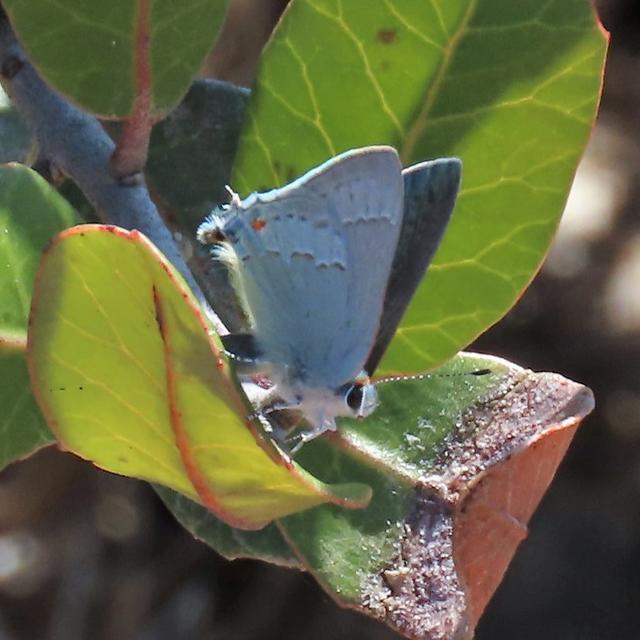