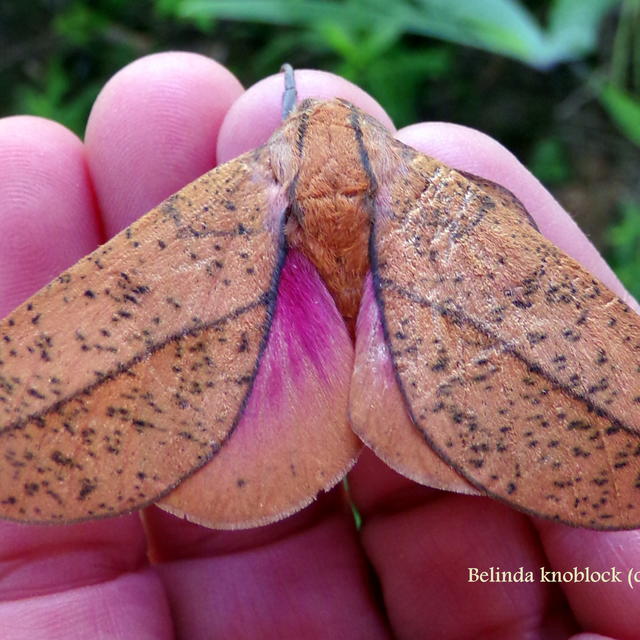 Family: Saturniidae
Subfamily: Ceratocampinae
Identification: Females are larger than males. Upperside of male ranges from yellow to orange, female is usually yellow. Both sexes have red patches of varying sizes on the hindwings. Postmedian line on forewing is distinct and almost straight. Females have varying amounts of dark specks which are often gathered in the forewing cell and appear as a dark spot; males usually have no speckling.
Wing Span: 2 1/16 - 2 15/16 inches (5.3 - 7.5 cm).
Life History: Adults emerge in the late afternoon and mate late that evening and into the next morning. After dusk, females begin laying eggs singly or in pairs on leaves of the host plants. Caterpillars of the summer brood pupate and overwinter in shallow underground chambers.
Flight: Two flights from April-June and July-September.
Caterpillar Hosts: Honey locust (Gleditsia triacanthos) and Kentucky coffee tree (Gymnocladus dioicus).
Adult Food: Adults do not feed.
Habitat: Deciduous woodland.
Range: Central Ohio west to southern Iowa; south to northern Georgia, central Alabama, Mississippi, Louisiana, and east Texas.
Conservation: Not usually required.
NCGR: G5 - Demonstrably secure globally, though it may be quite rare in parts of its range, especially at the periphery.
Management Needs: None reported.
Comments: NULL 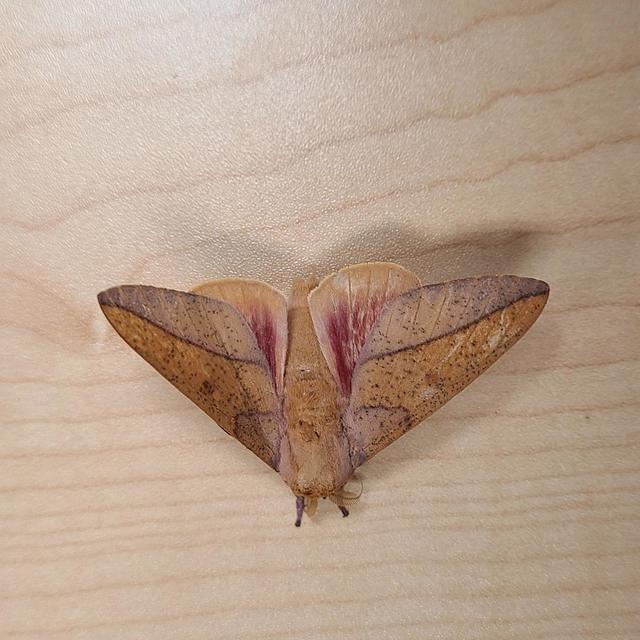 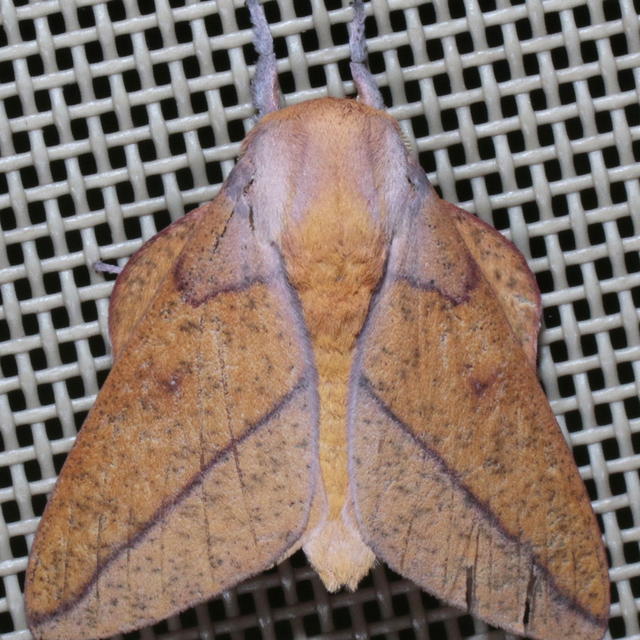 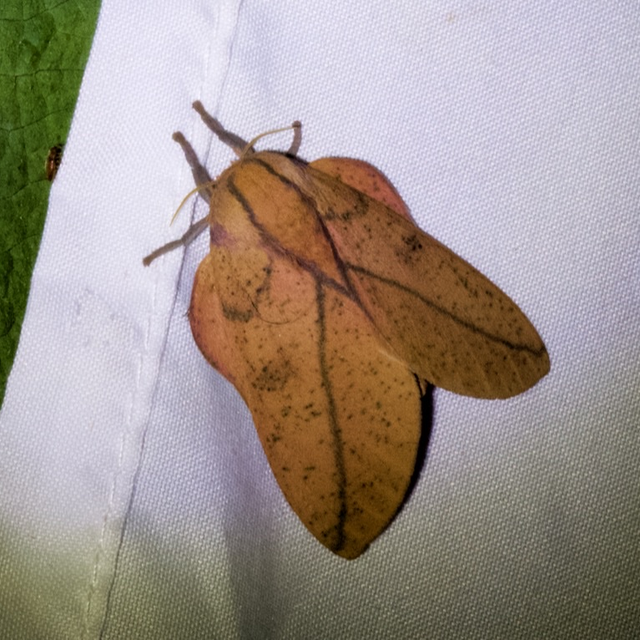 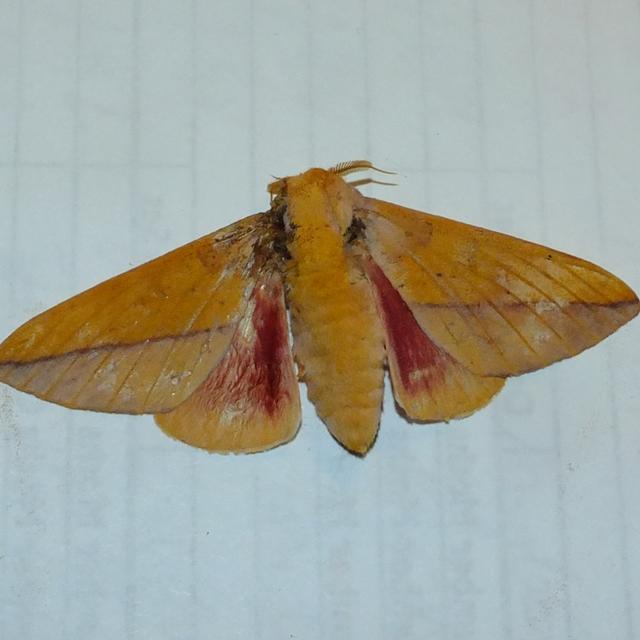 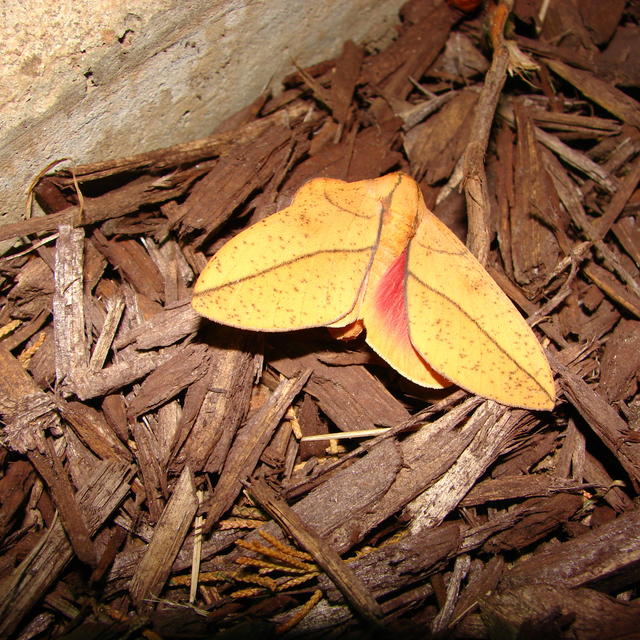 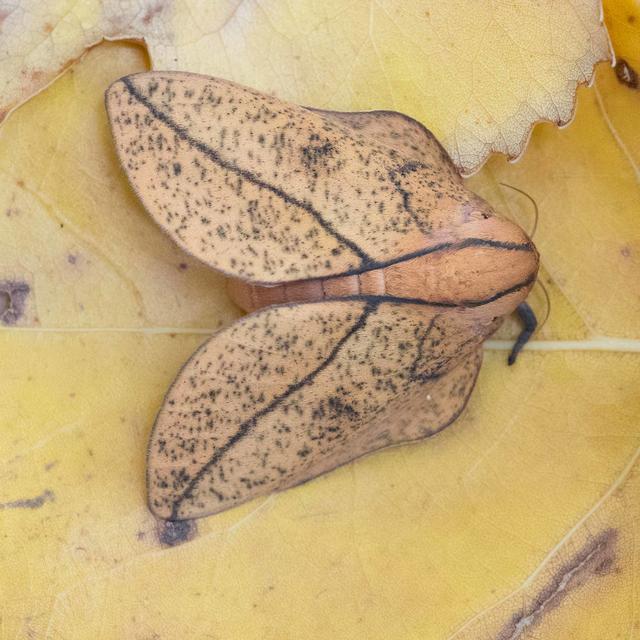 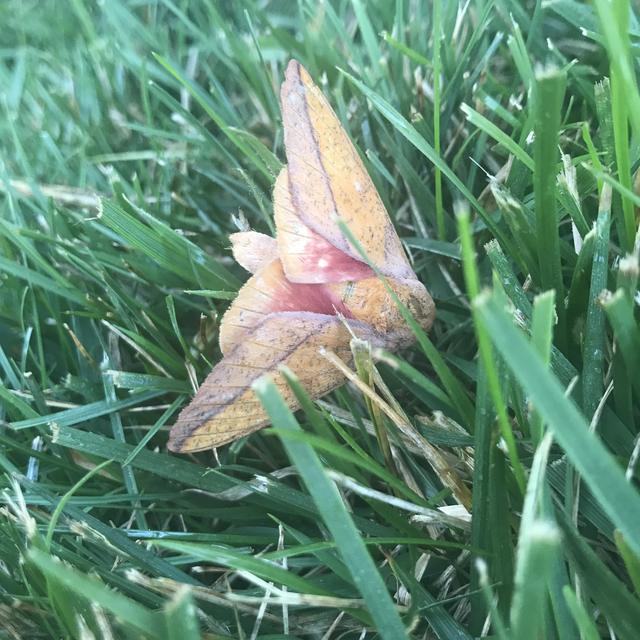 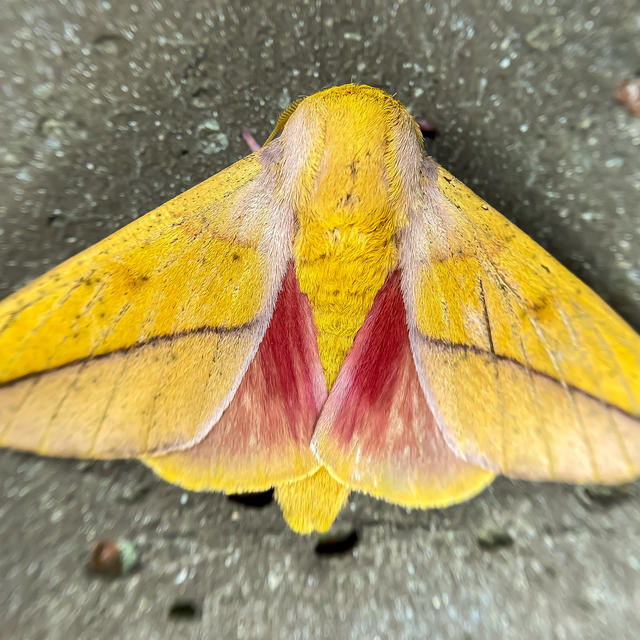 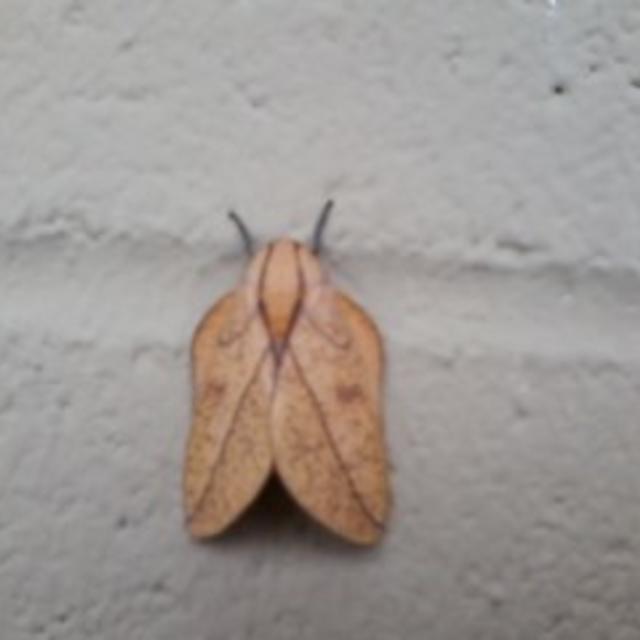 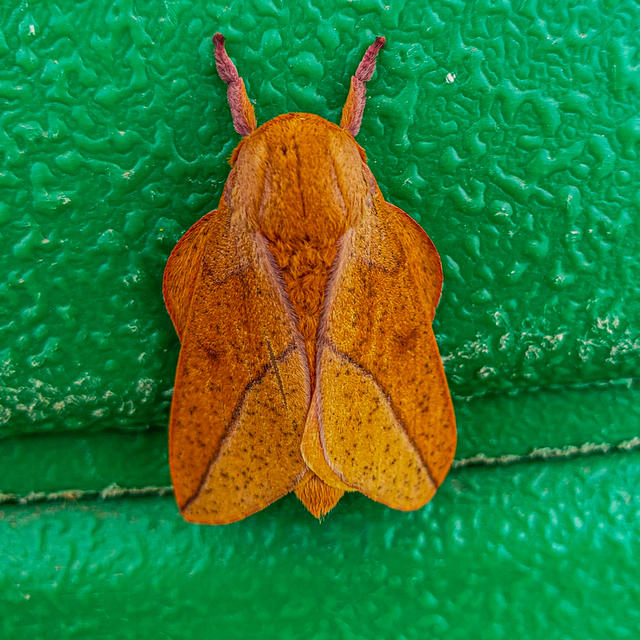 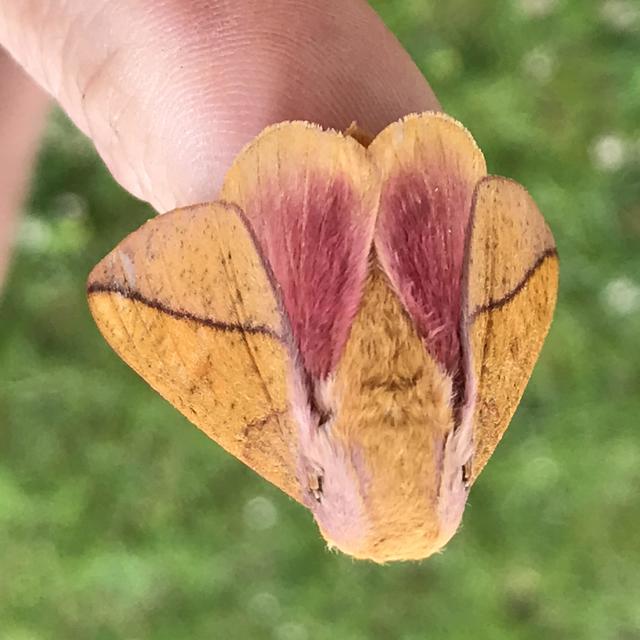 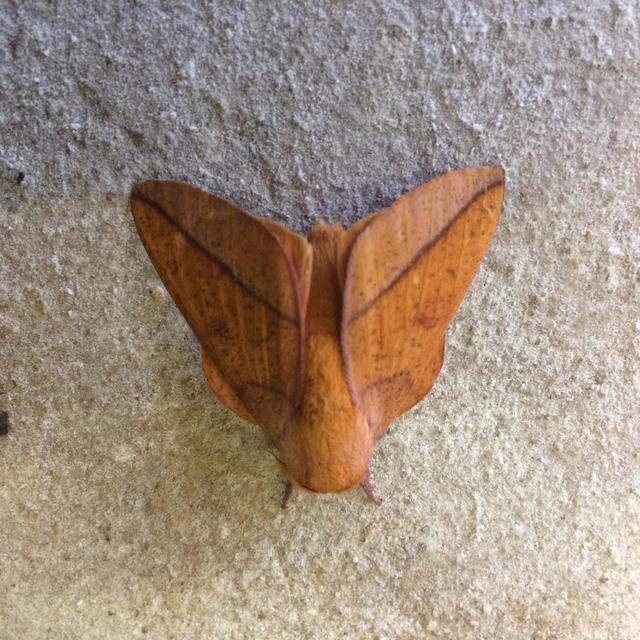 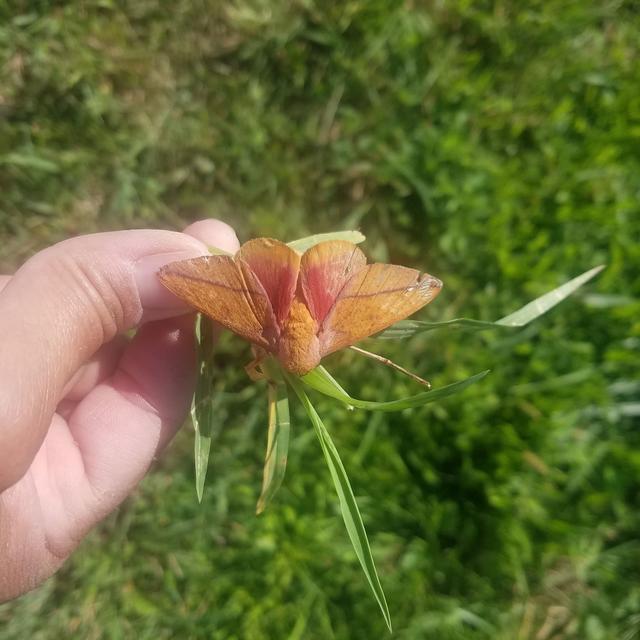 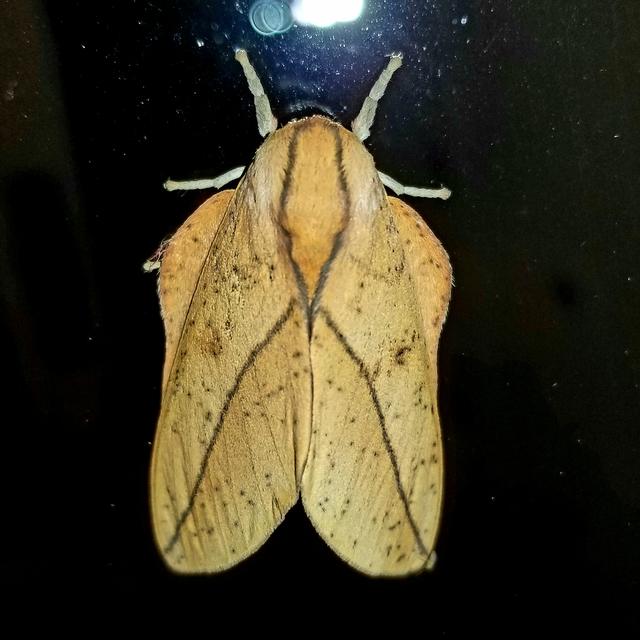 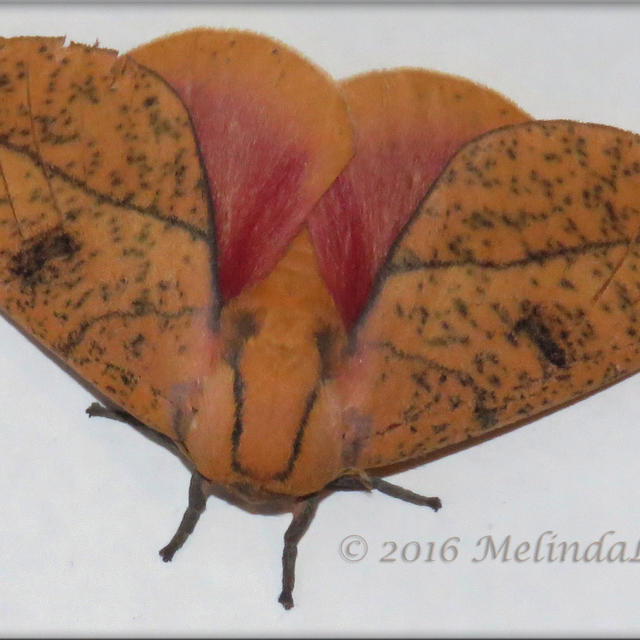 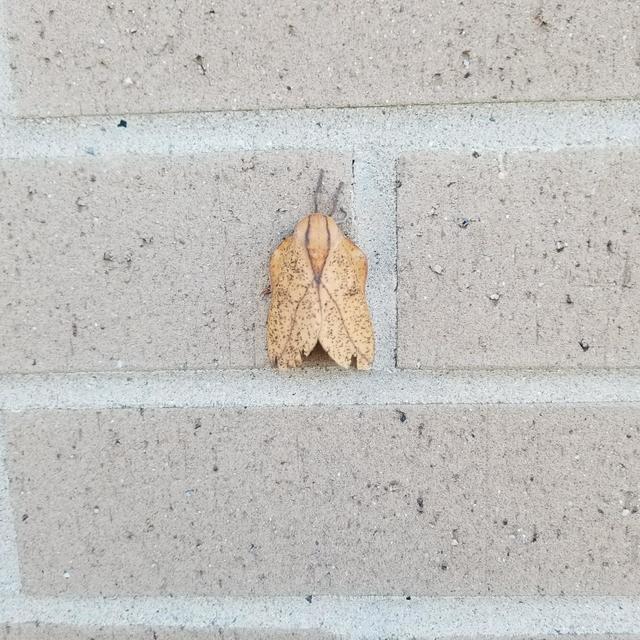 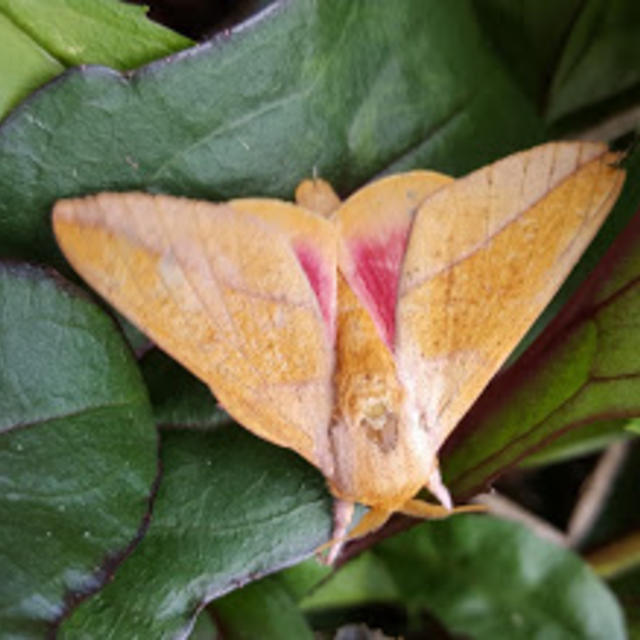 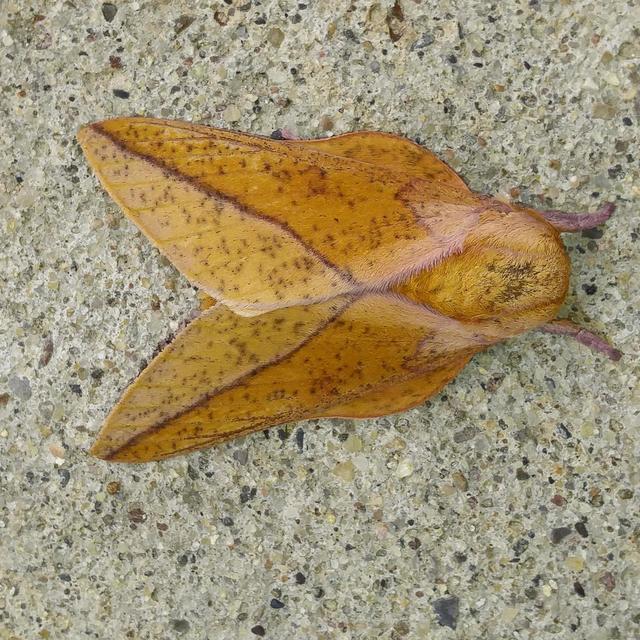 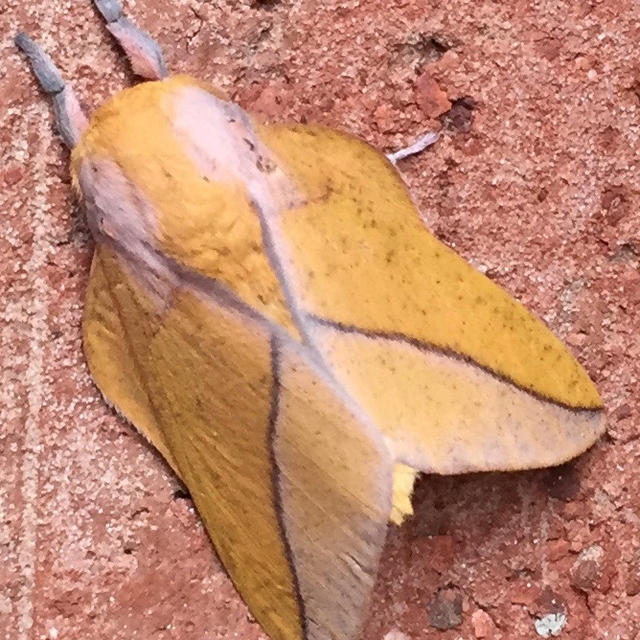 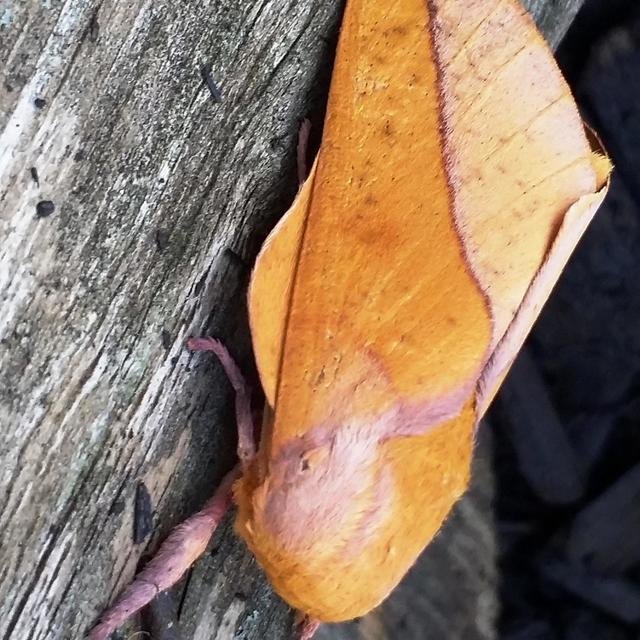 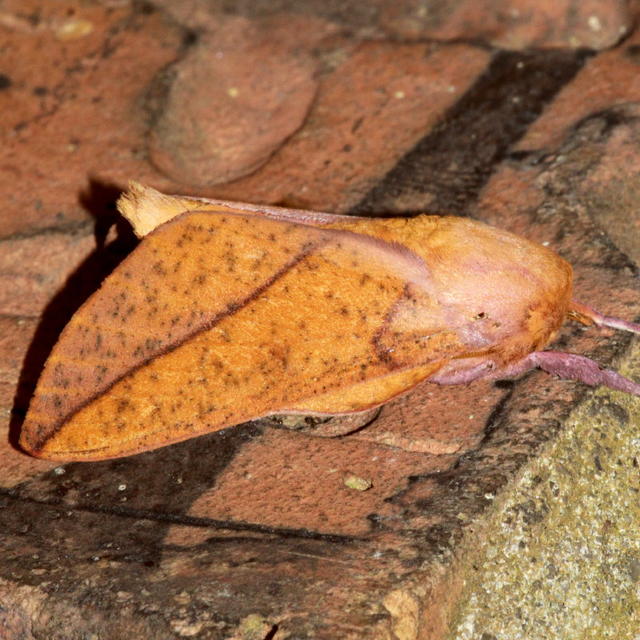 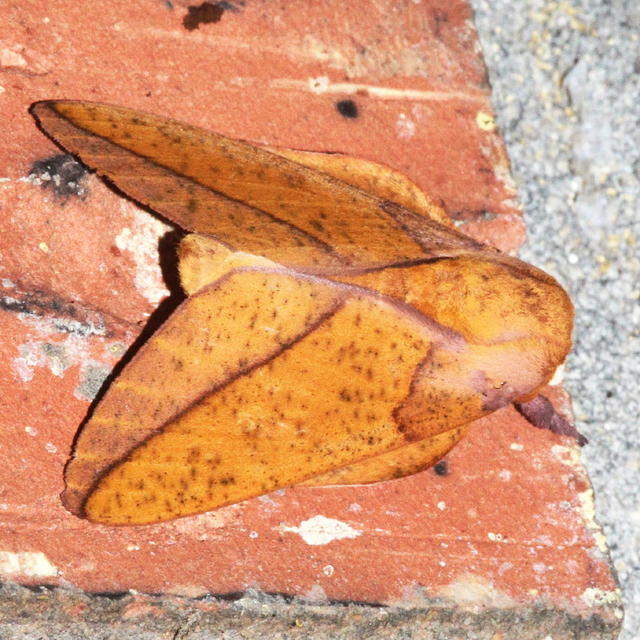