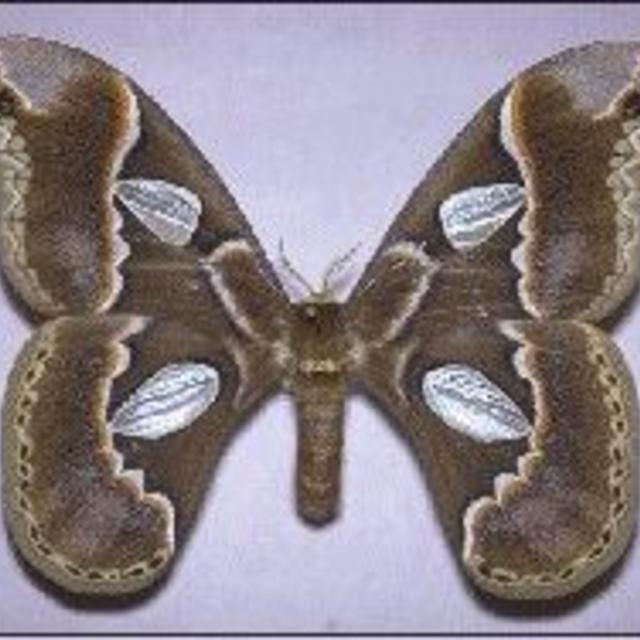 Family: Saturniidae
Subfamily: Saturniinae
Identification: Wings are reddish brown with an olive tinge. Upperside of forewing has large clear spots that touch or pass through the postmedian band. Postmedian band on each wing is irregular with a narrow white band.
Wing Span: 3 1/2 - 4 15/16 inches (9 - 12.5 cm).
Life History: Adults emerge in the early evening, and mating occurs from about 10 PM to midnight. Egg-laying begins the following evening and continues over several nights, with the females laying eggs in rows of 3-6 on the host plants. Young caterpillars feed in groups while older ones are solitary feeders. The cocoon hangs on a twig during the winter, attached by a strong silken stem.
Flight: Two broods from February-April and from September-November.
Caterpillar Hosts: A wide range of native and introduced plants including lime prickly ash (Zanthoxylum fagara), Mexican ash (Fraxinus berlandieriana), willow (Salix), peach (Prunus persica), citrus (Citrus), and acacia (Acacia).
Adult Food: Adults do not feed.
Habitat: Thorn scrub.
Range: South America north through Central America and Mexico to the lower Rio Grande Valley of Texas.
Conservation: All United States populations should be conserved and monitored.
NCGR: G5 - Demonstrably secure globally, though it may be quite rare in parts of its range, especially at the periphery.
Management Needs: None reported.
Comments: NULL 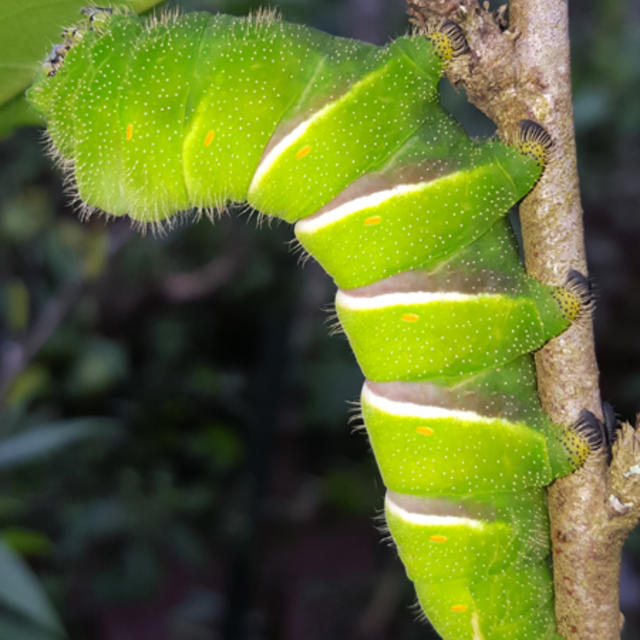