Family: Noctuidae
Subfamily: Noctuinae
Identification: A small medium dark brownish-gray moth with forewing markings nearly limited to pale scales in the upper and lower portion of the reniform spot, a punctate black orbicular spot, and dark veins on the distal third of the wing. The postmedial line is very faintly evident on the veins in some individuals. The hindwing is light gray. The head and thorax match the forewing. The male antenna is filiform.
Wing Span: 2.2-2.4 cm
Life History:
Flight: Early May through September
Caterpillar Hosts:
Adult Food:
Habitat: Found in dry, open grasslands and agricultural areas at low elevations east of the Cascades, although it has been found in open ponderosa pine forests at middle elevations in the Rocky Mountain region.
Range: Found in the dry interior of the Northwest, including southern British Columbia, Washington's Columbia Basin, southeastern Oregon, and the Snake River Plain of southern Idaho.
Conservation:
NCGR:
Management Needs:
Comments:
Taxonomy Notes: None. 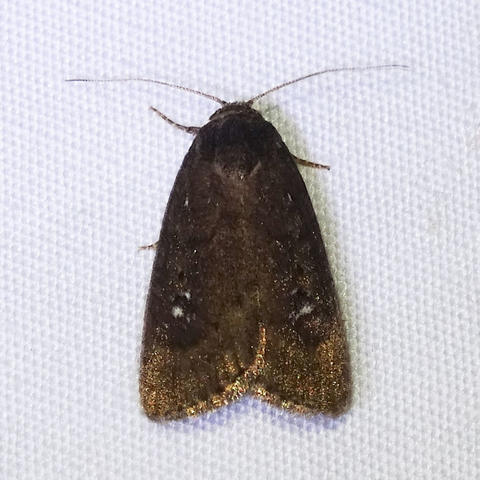 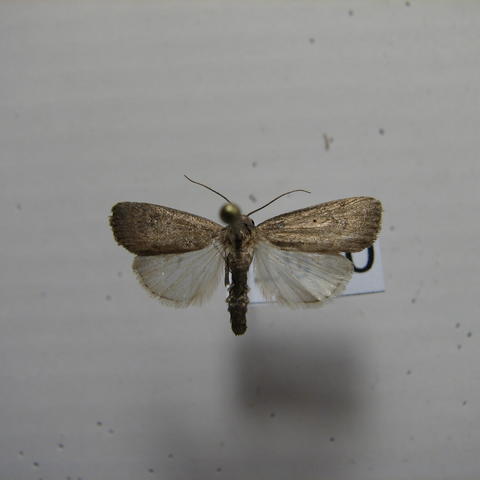