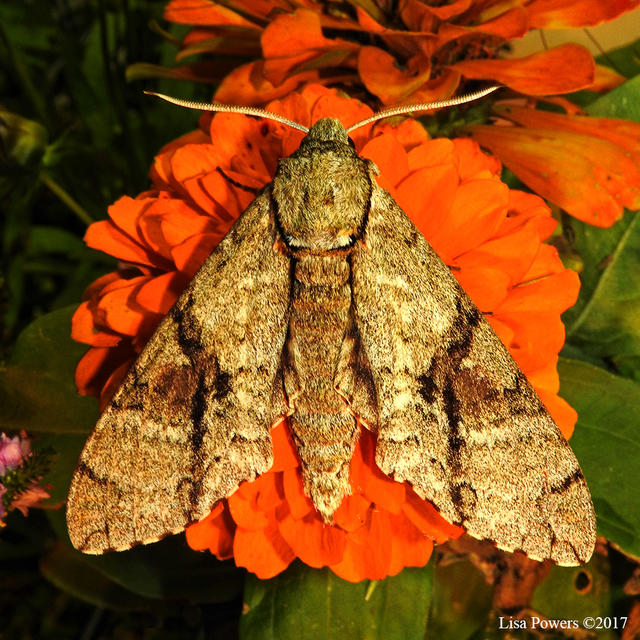 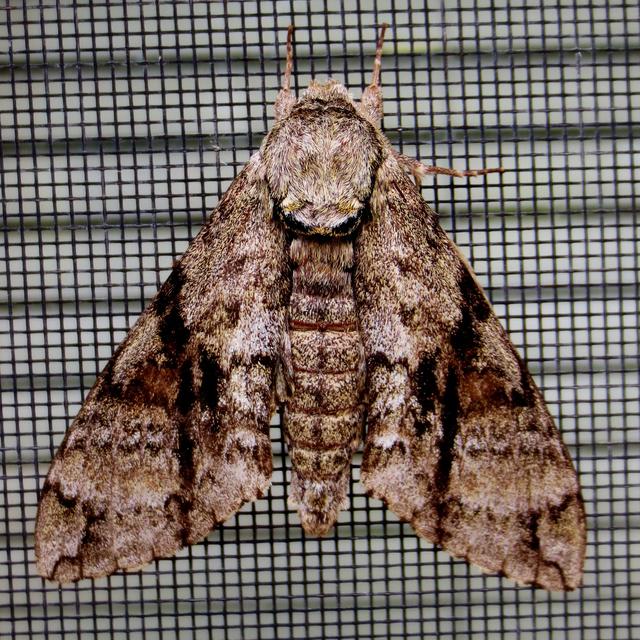 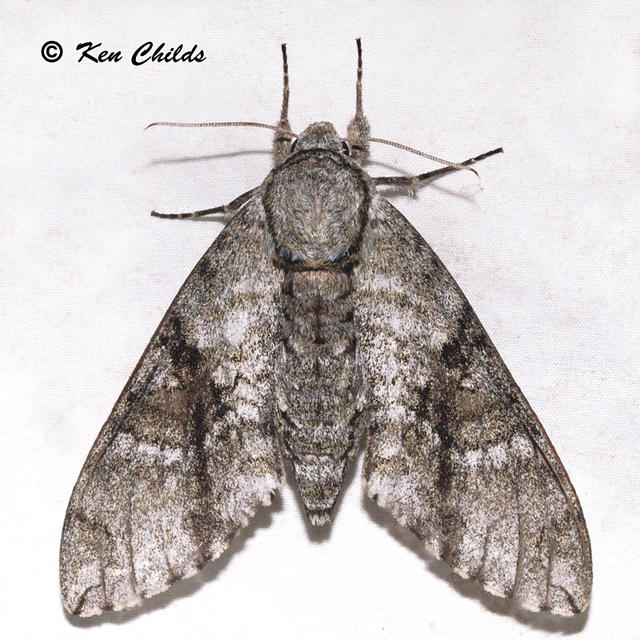 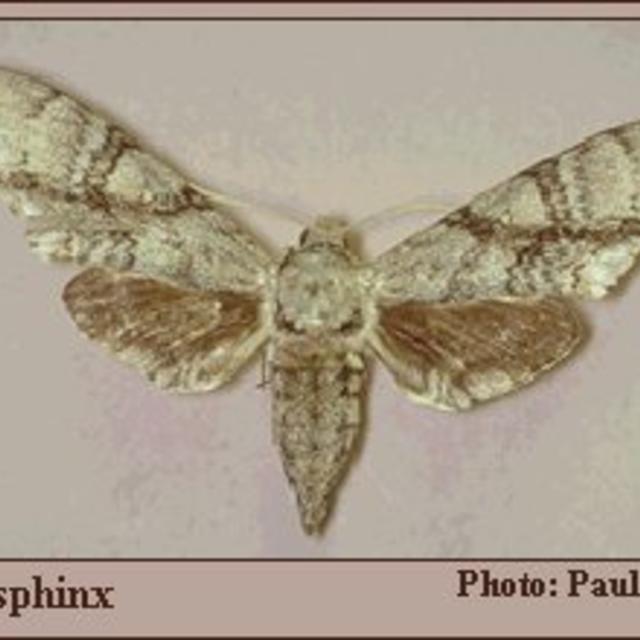 Family: Sphingidae
Subfamily: Sphinginae
Identification: Upperside of forewing is gray to grayish brown with a black line running from the middle of the costa to the middle of the outer margin; line may be broken near the margin. Hindwing is mostly black, with gray at the lower margin.
Wing Span: 3 5/16 - 4 1/8 inches (8.4 - 10.5 cm).
Life History: The caterpillar has a horn at the end of its abdomen.
Flight: . Two broods from May-September.
Caterpillar Hosts: Ash (Fraxinus species).
Adult Food: Flower nectar.
Habitat: Not reported.
Range: Connecticut south to northern Florida, west to Missouri and Mississippi. Most common along the East Coast.
Conservation: Not usually required.
NCGR: G4 - Apparently secure globally, though it might be quite rare in parts of its range, especially at the periphery.
Management Needs: None reported.
Comments: NULL 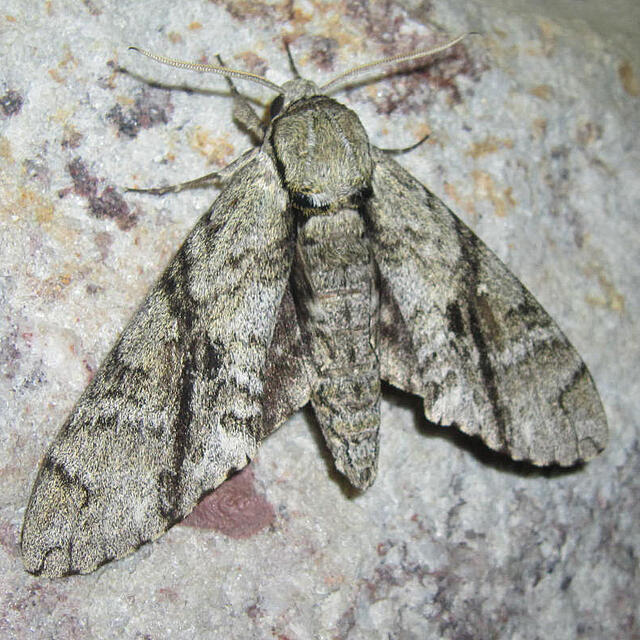 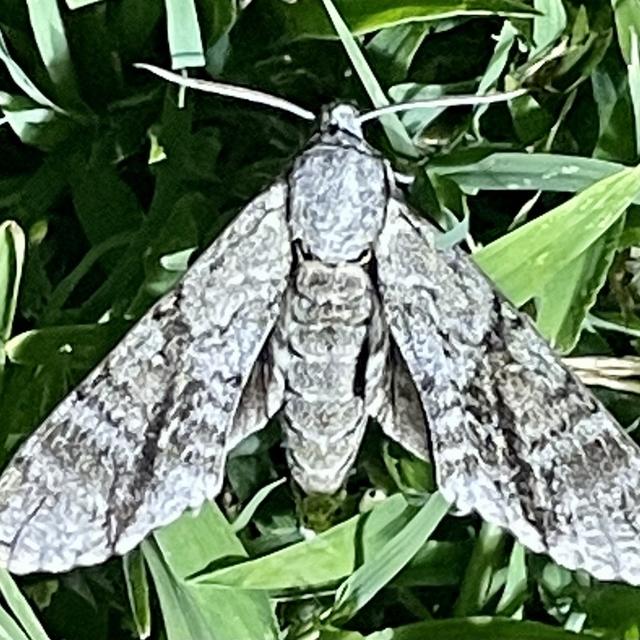 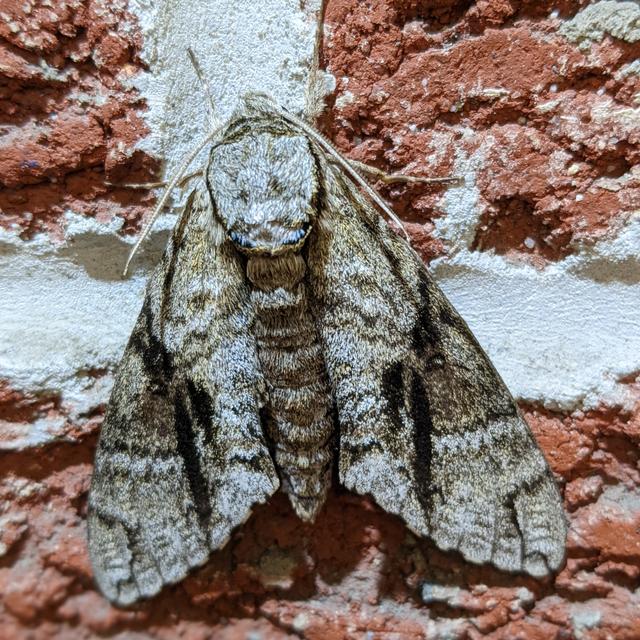 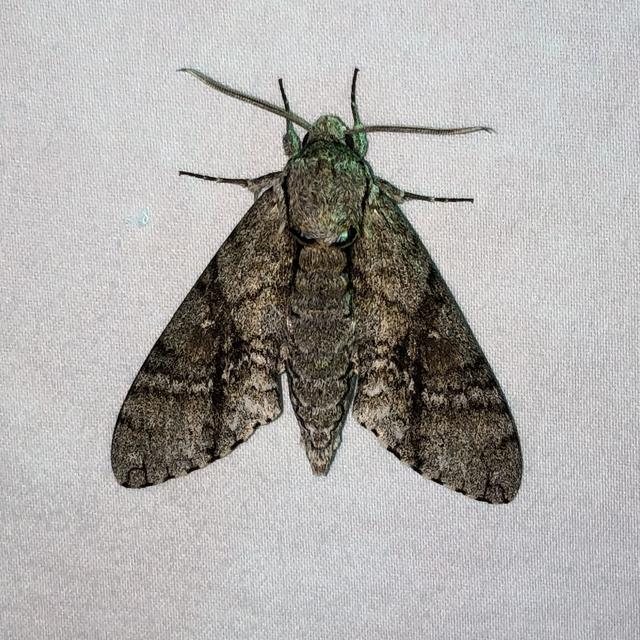 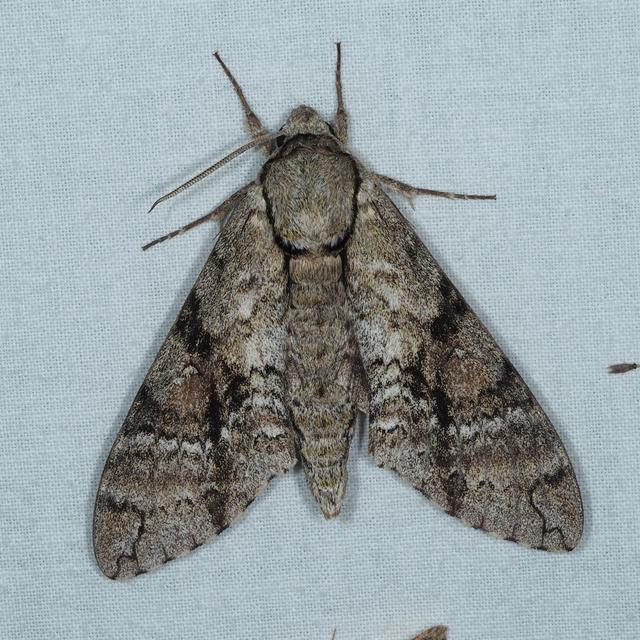 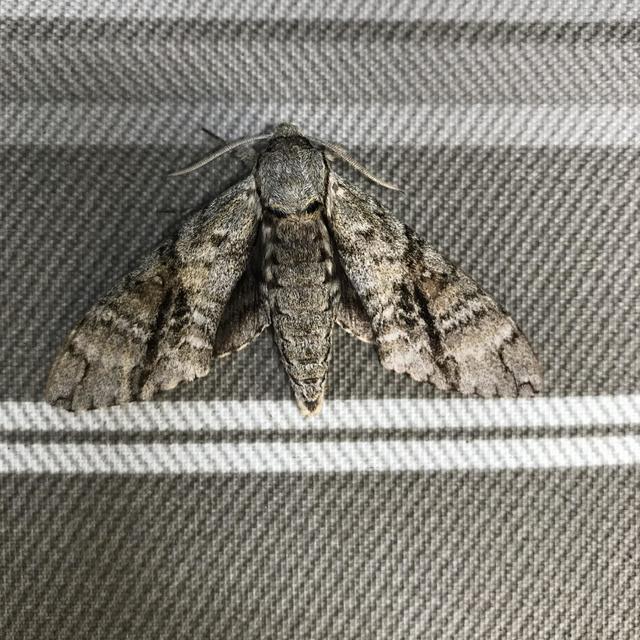 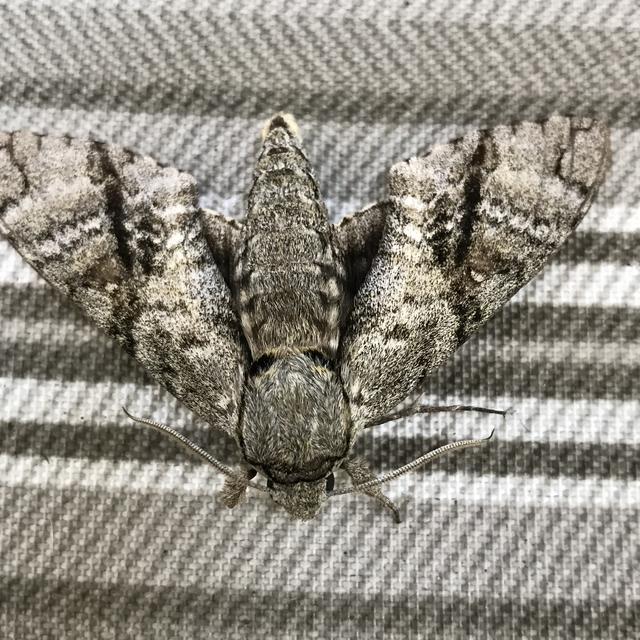 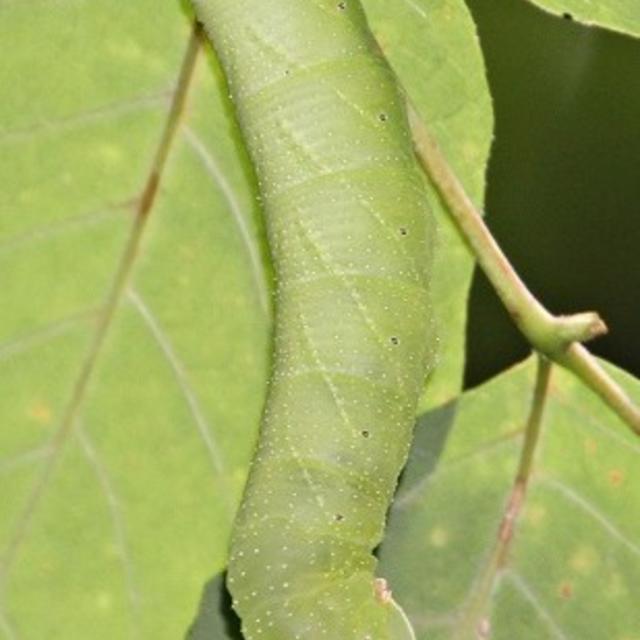 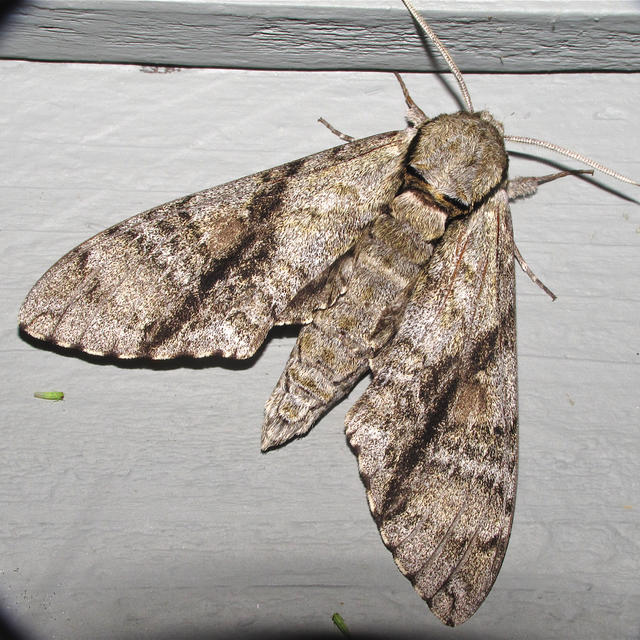 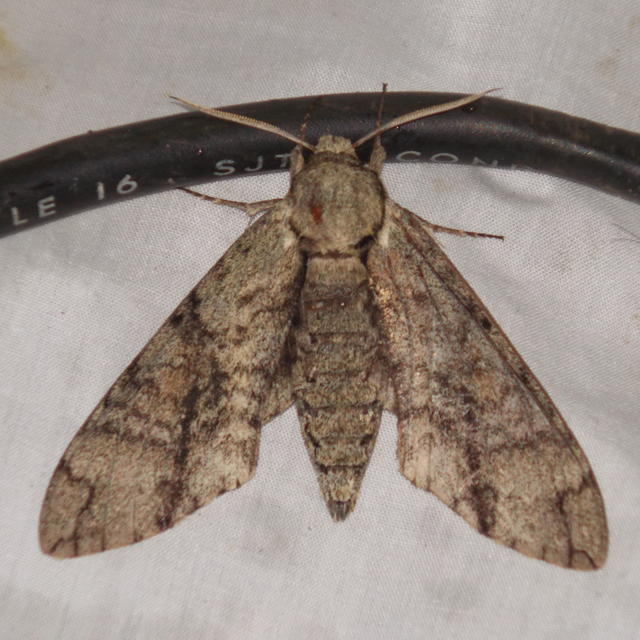 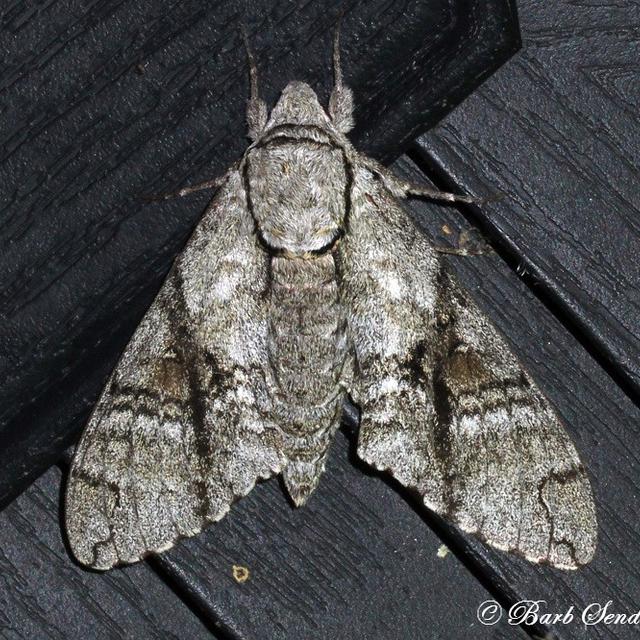 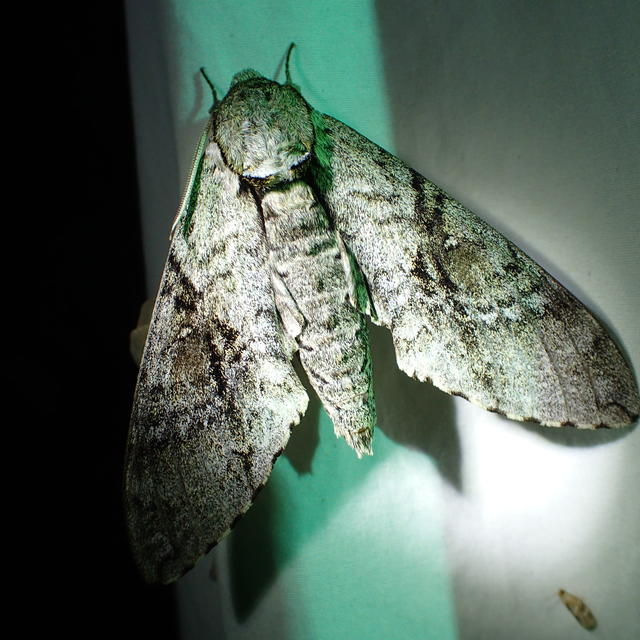 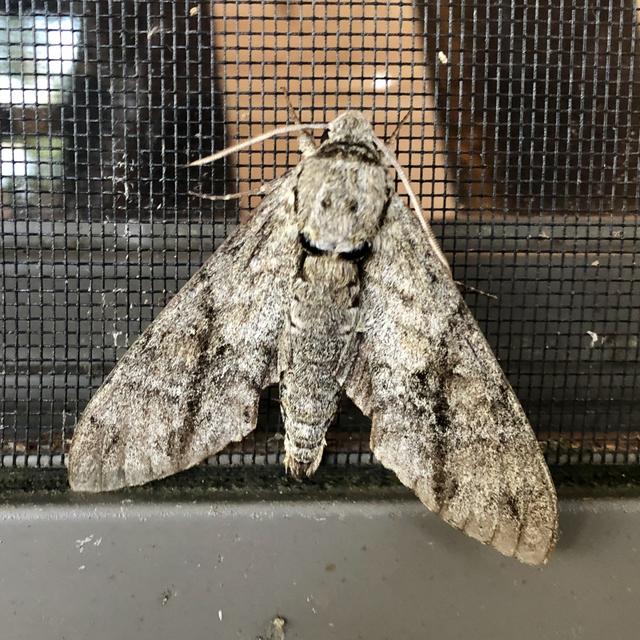 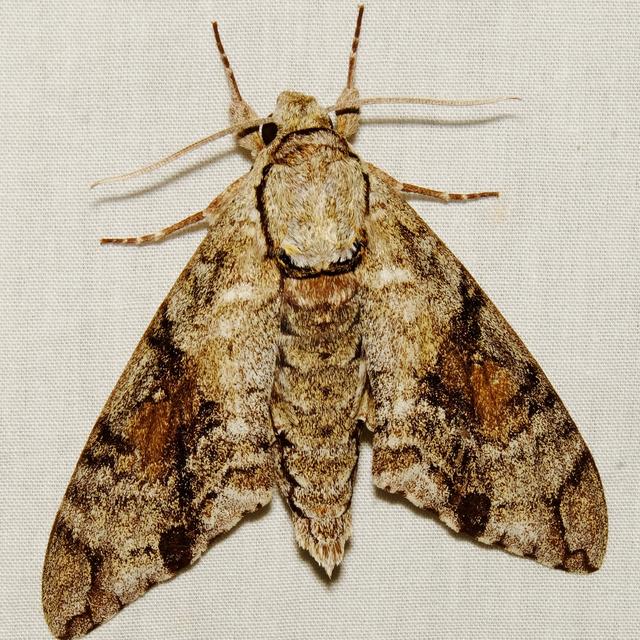 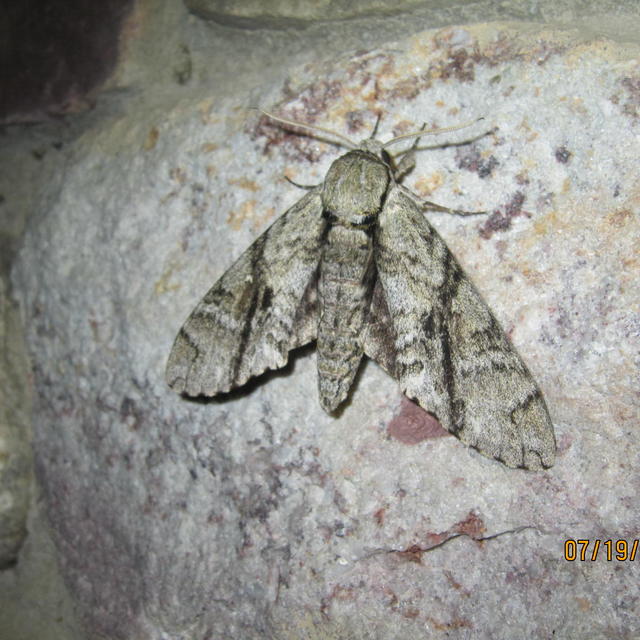 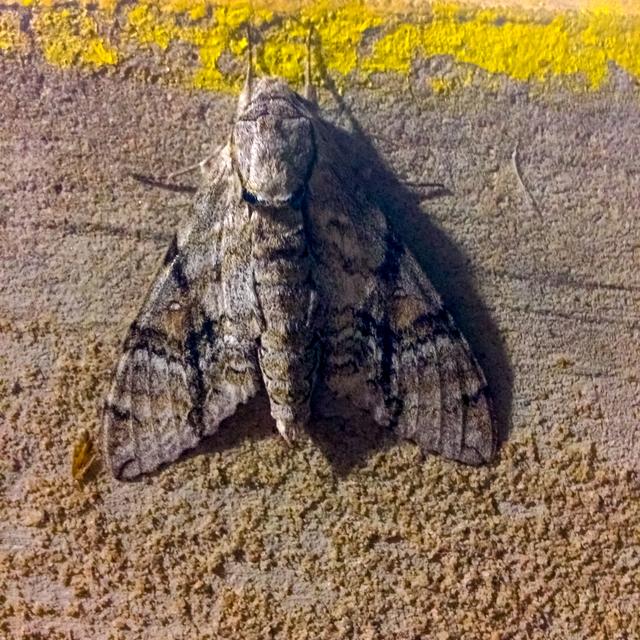 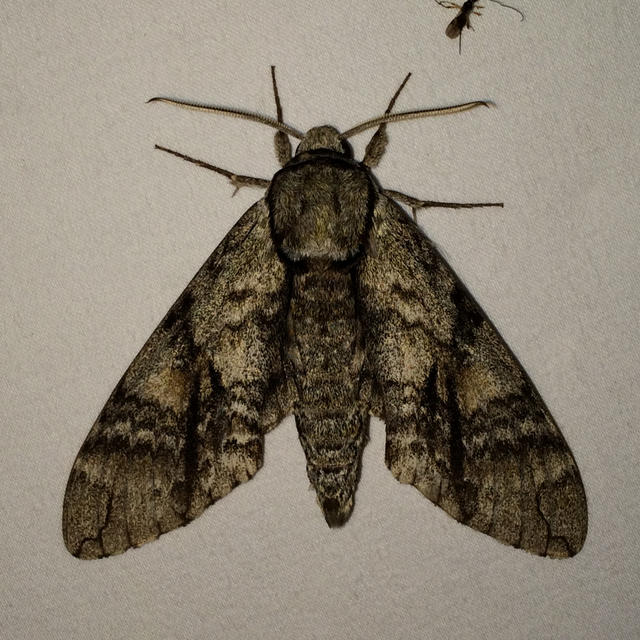 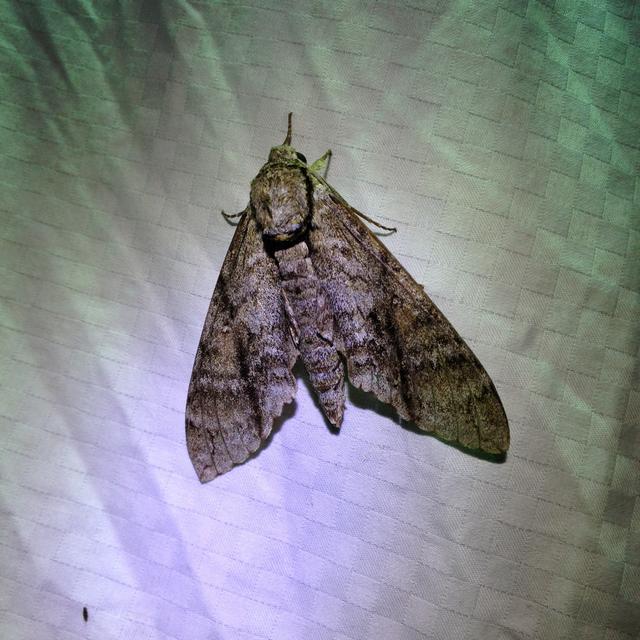 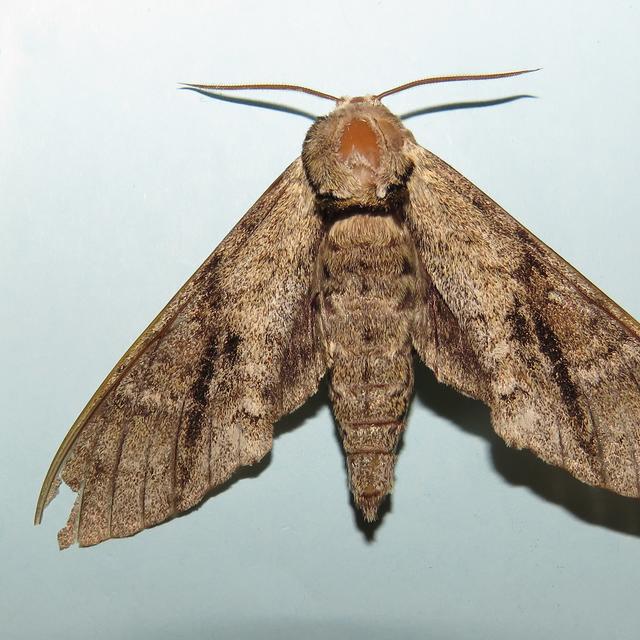 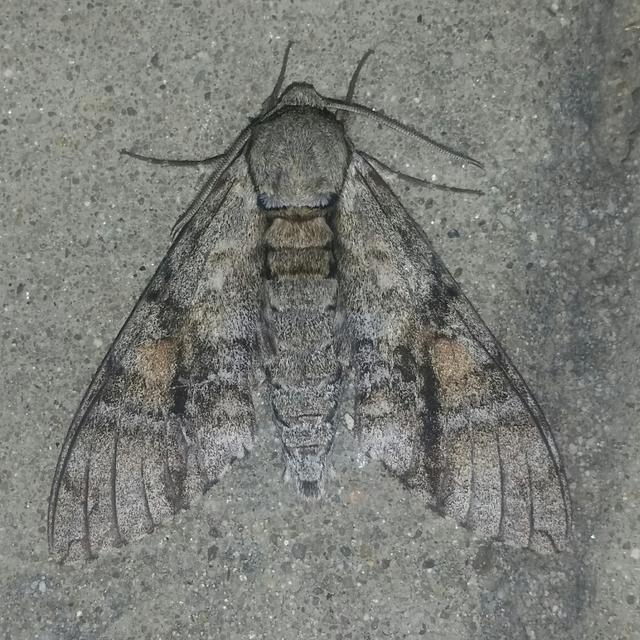 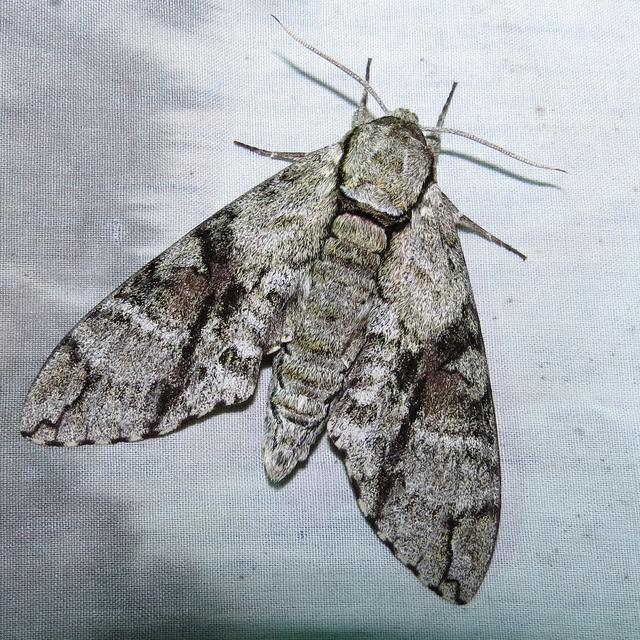 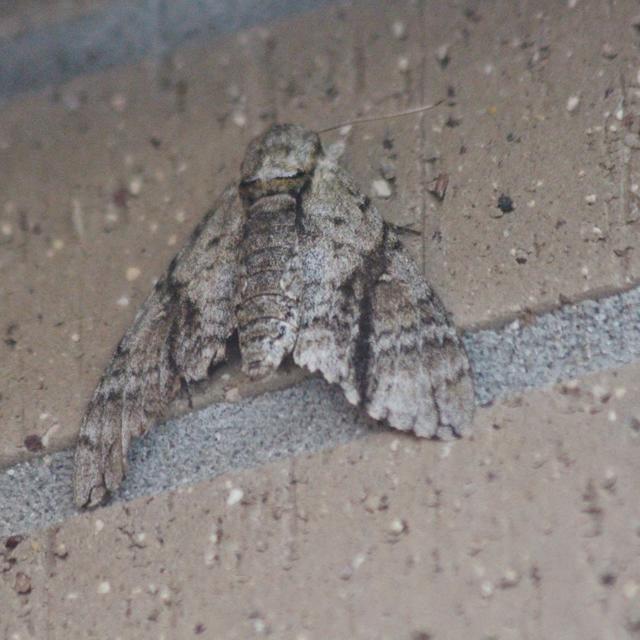 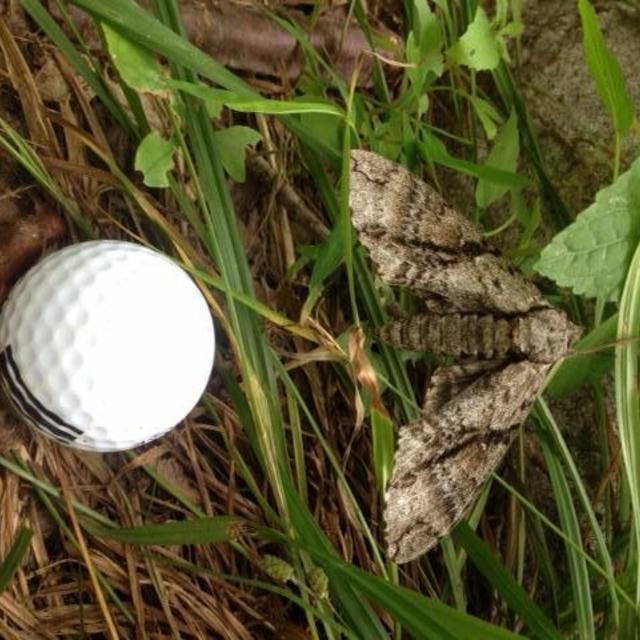