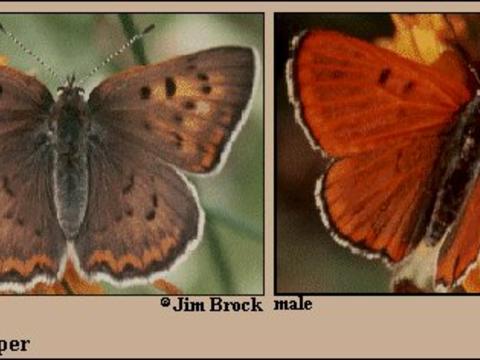 Family: Lycaenidae
Subfamily: Lycaeninae
Identification: Only butterfly in its range that resembles Ruddy Copper.
Wing Span: Similar to Ruddy Copper
Life History: Presumably similar to Ruddy Copper.
Flight: One flight in late July and August.
Caterpillar Hosts: Dock.
Adult Food: Flower nectar, including that of yellow composites.
Habitat: Open meadows.
Range: White Mountains of eastern Arizona.
Conservation: Only a few populations are known. Study for conservation need is a required first step.
NCGR: G1,G2 - Critically imperiled because of extreme rarity (5 or fewer occurrences, or very few remaining individuals), or because of some factor of its biology making it especially vulnerable to extinction. (Critically endangered throughout its range) OR Imperiled because of rarity (6 to 20 occurrences), or because of other factors demonstrably making it very vulnerable to extinction throughout its range. (Endangered throughout its range).
Management Needs: None reported.
Comments: NULL 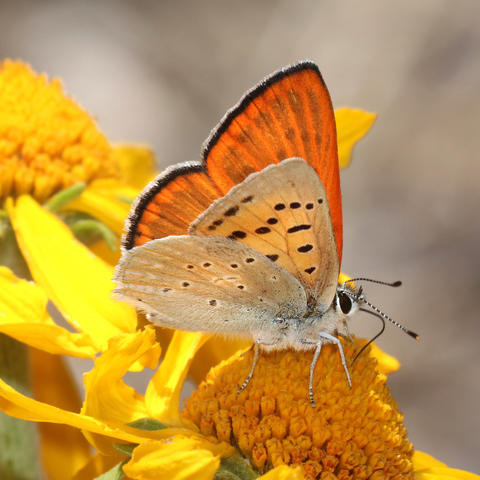 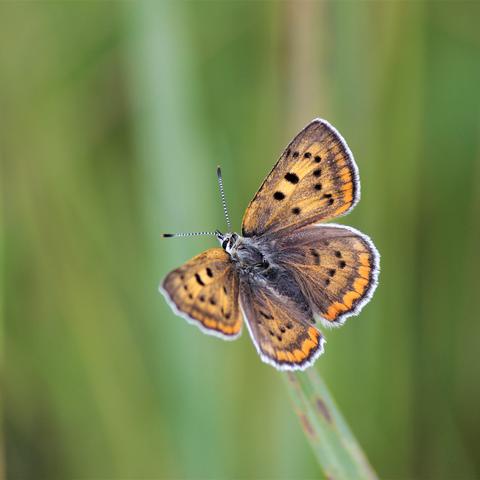 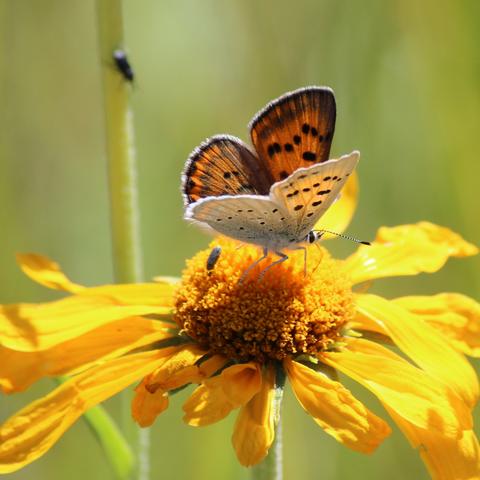 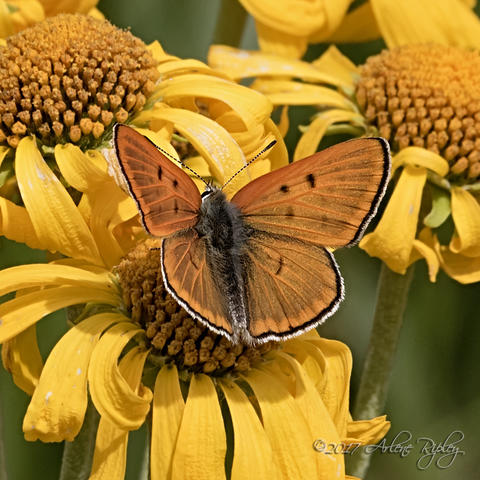 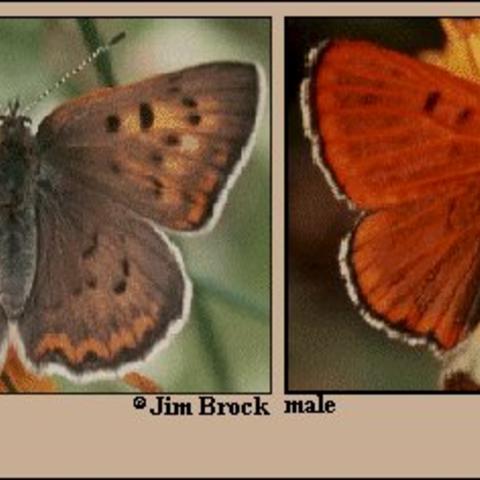