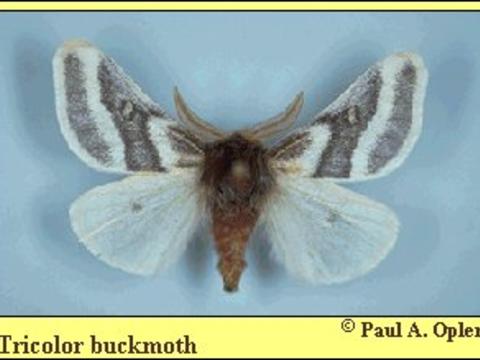 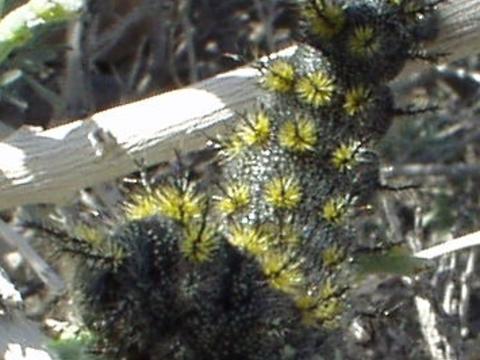 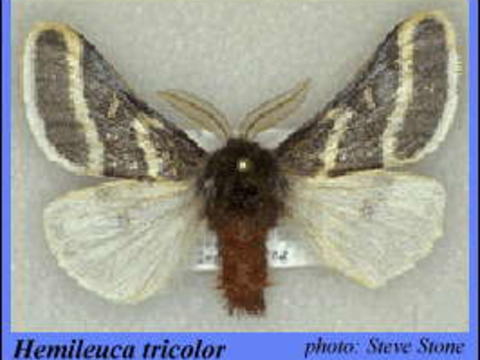 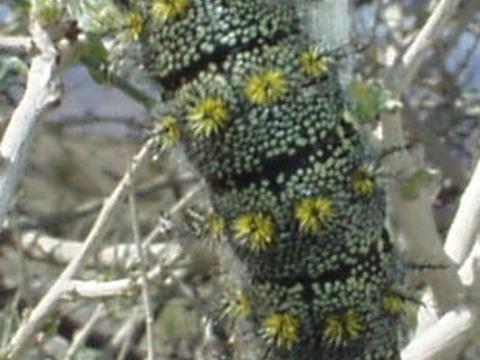 Family: Saturniidae
Subfamily: Hemileucinae
Identification: Females are larger and darker than males. Upperside of forewing is gray to brownish gray with white marginal, submedian, and postmedian bands. The submarginal area may be lighter colored than the rest of the wing. Upperside of hindwing is white in males and white to pale brown in females; females usually have a pink tint.
Wing Span: 2 1/8 - 3 1/8 inches (5.2 - 7.8 cm).
Life History: Mating begins after dark and females may begin laying eggs immediately after. Eggs are deposited in rings around twigs of the host plants, and hatch in July. Young caterpillars feed together. Before pupating fully-grown caterpillars wander around on the ground and then make loose cocoons of debris and silk in which they pupate and overwinter.
Flight: One flight from January-April.
Caterpillar Hosts: Littleleaf paloverde (Cercidium microphyllum), mesquite (Prosopis juliflora), and catclaw acacia (Acacia greggii).
Adult Food: Adults do not feed.
Habitat: Desert thornscrub.
Range: Southern Arizona and southwestern New Mexico, south into Mexico.
Conservation: United States populations should be inventoried to determine conservation status.
NCGR: GU - Unable to assign rank due to lack of available information.
Management Needs: None reported.
Comments: NULL 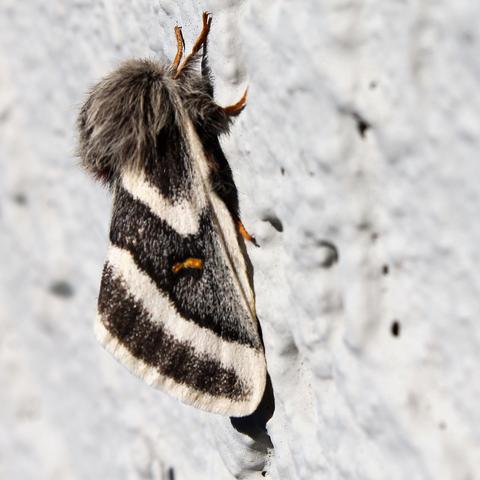 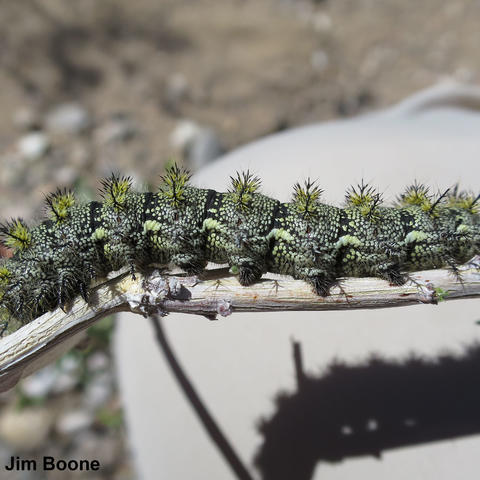 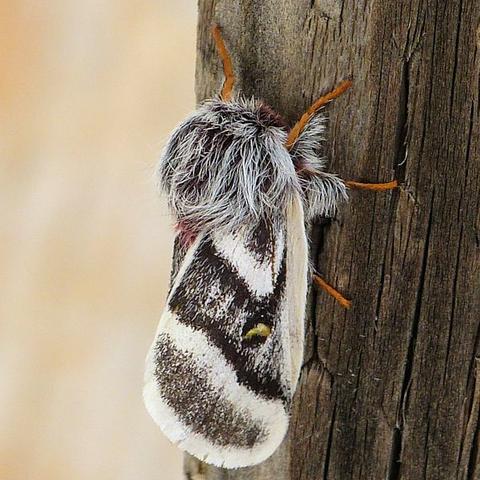 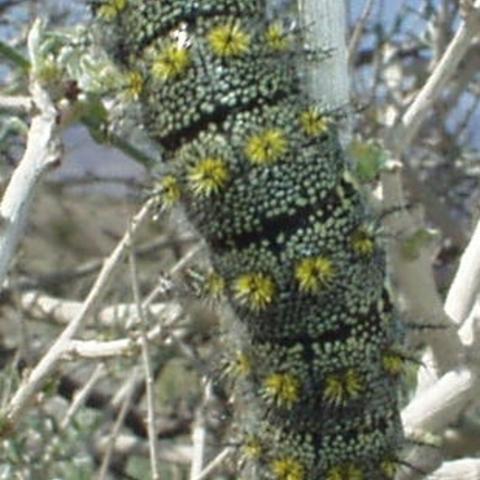 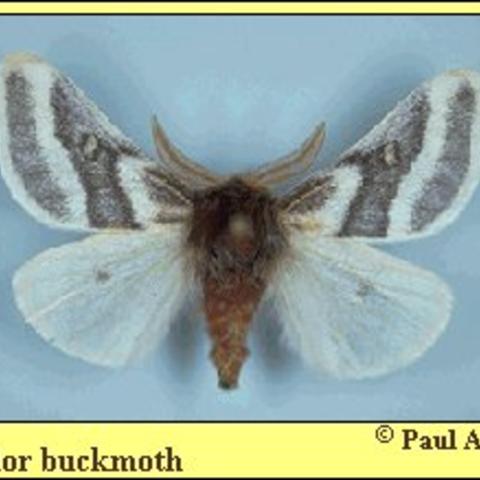 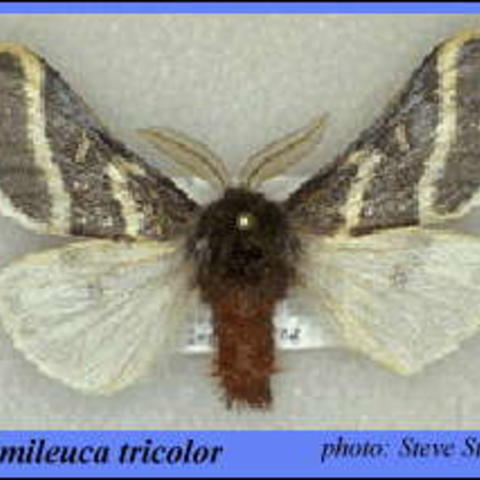