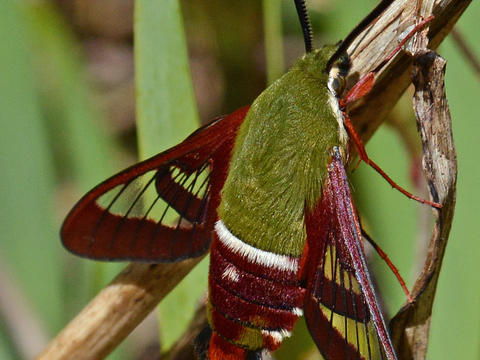 Family: Sphingidae
Subfamily: Macroglossinae
Identification: Very similar to H. thysbe; Hummingbird mimic. The thorax is olive to golden-olive in color dorsally, white/pale ventrally; abdomen is burgundy to dark burgundy both dorsally and ventrally, with light olive to dark golden patches dorsally, and typically a thin white band across the top of the first abdominal segment (particularly noticeable in freshly emerged specimens). Wings mostly clear with reddish brown terminal borders and dark scaling along veins. While wing maculation is too variable to be 100% diagnostic, gracilis typically has thick terminal borders and the discal cell is typically shortened and without scaling. However, gracilis can always be distinguished from thysbe and diffinis by two characteristics: 1) the distinct brown or reddish-brown banding on the lateral side of the thorax, under the wing juncture; 2) gracilis always has red or reddish colored dorsal surface of the legs.
Wing Span: 1 9/16 - 1 3/4 inches (4 - 4.5 cm).
Life History: Adults fly during the day. Females lay eggs on the underside of new leaves.
Flight: Probably two broods throughout its range from March-August.
Caterpillar Hosts: Blueberries including low bush blueberry (Vaccinium vacillans), and laurel (Kalmia), all in the heath family (Ericaceae).
Adult Food: Nectar from flowers including pickerelweed (Pontederia cordata), blackberry and raspberry (Rubus species), dandelion (Taraxacum officinale), orange hawkweed (Hieracium aurantiacum), and phlox (Phlox species).
Habitat: Not reported.
Range: Nova Scotia and Maine east to North Dakota; south along the Atlantic Coast to central Florida.
Conservation: Not usually required.
NCGR: G4 - Apparently secure globally, though it might be quite rare in parts of its range, especially at the periphery.
Management Needs: None reported.
Comments: new identification section from Jason D. Roberts 8/2009 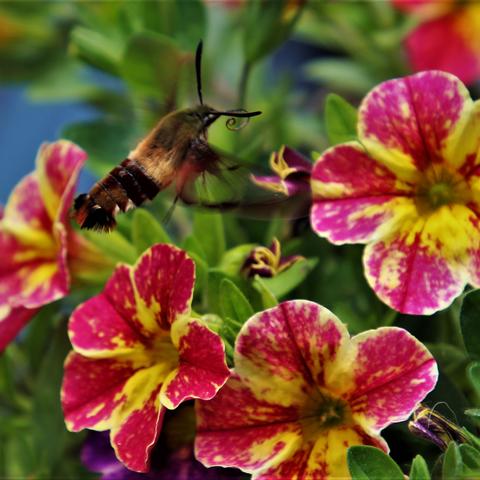 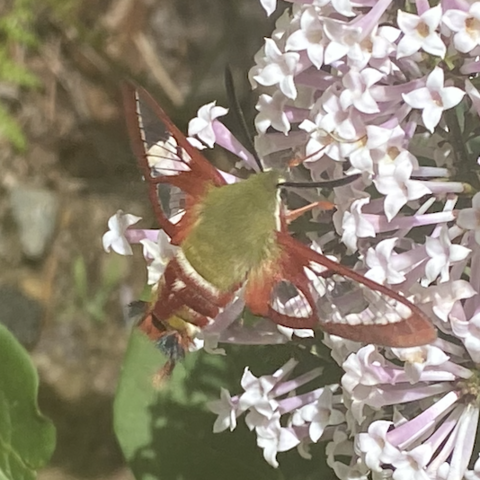 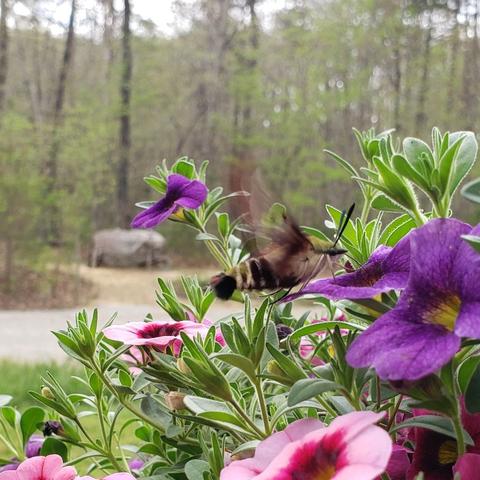 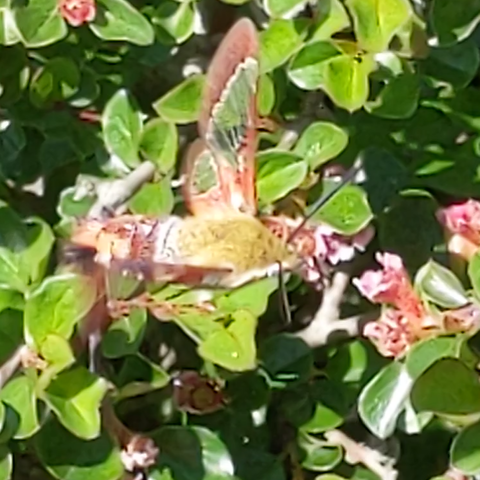 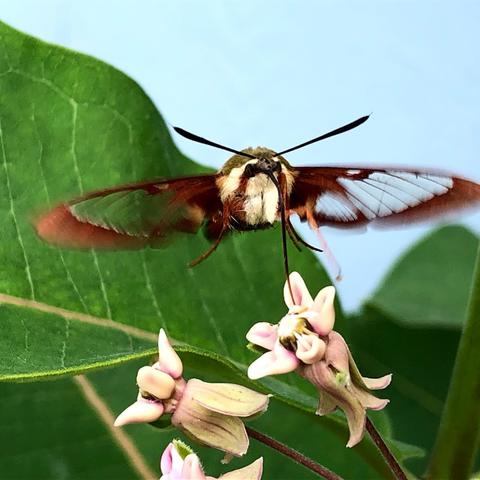 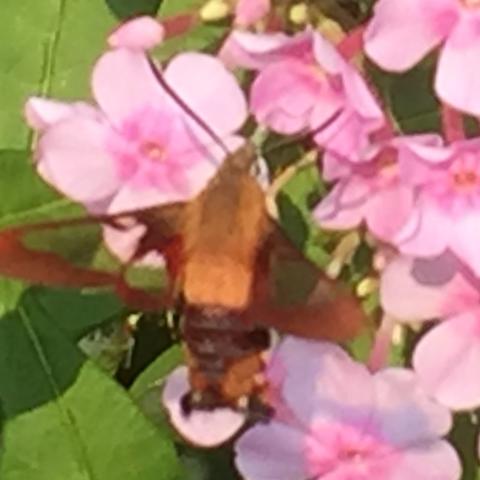 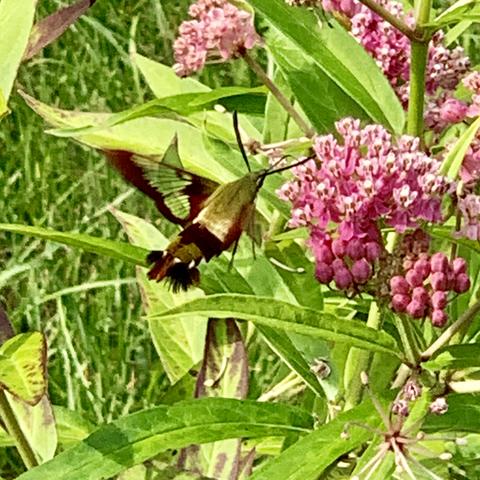 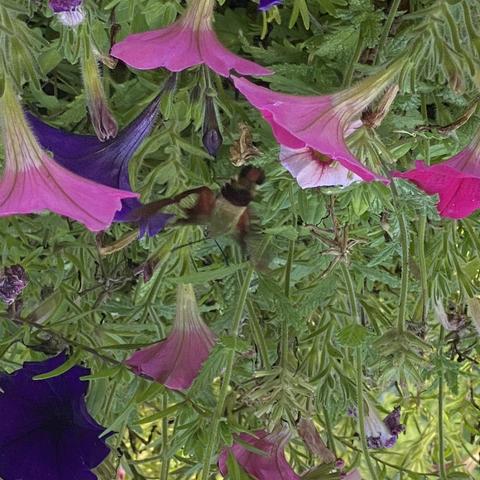 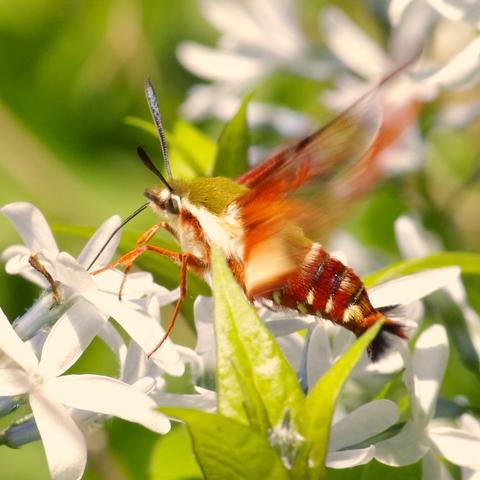 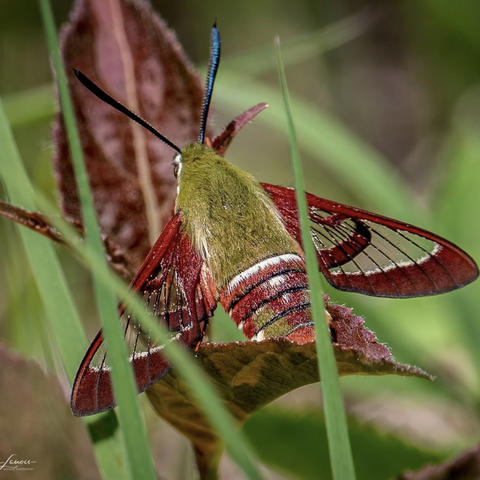 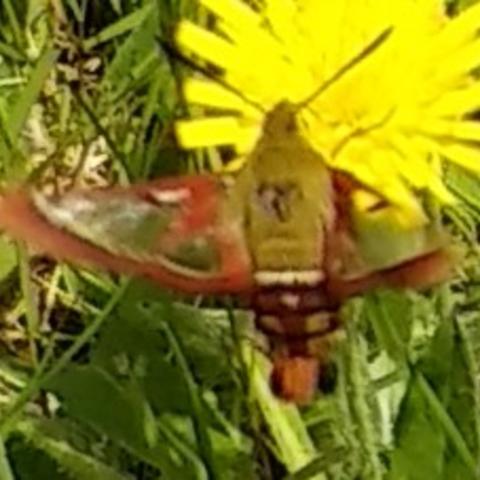 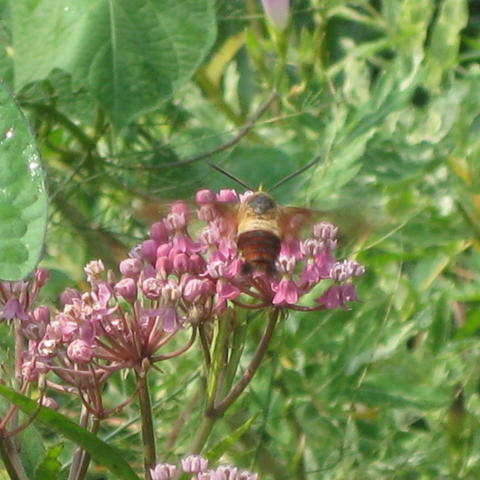 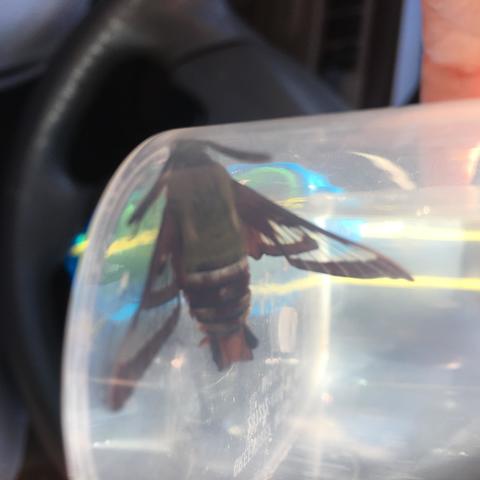 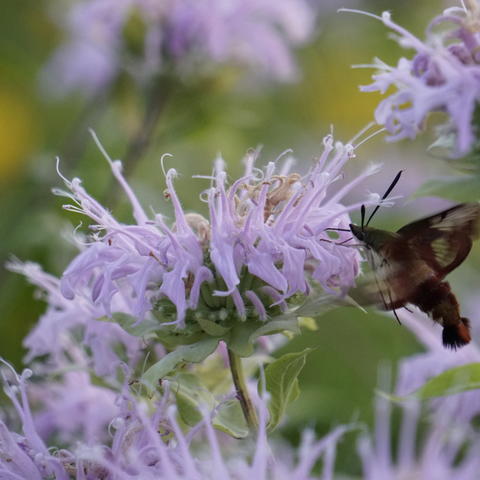 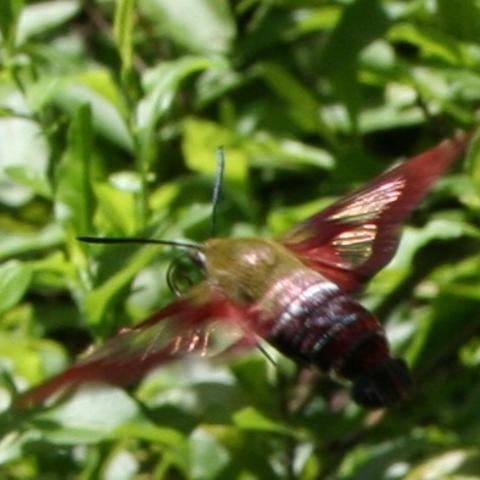 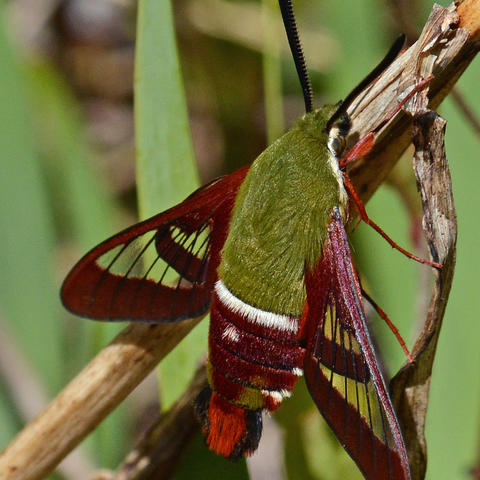 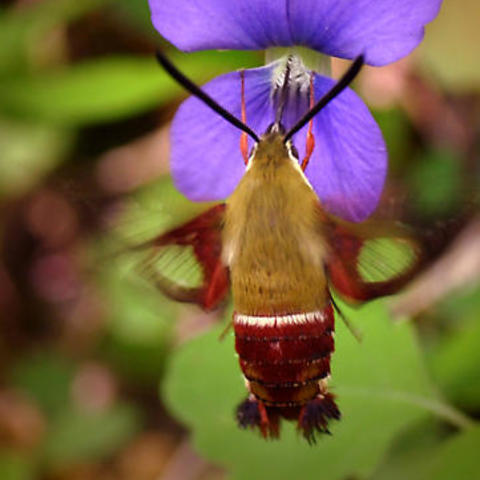 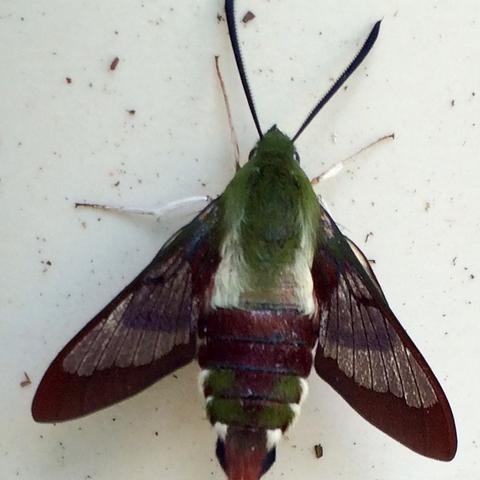 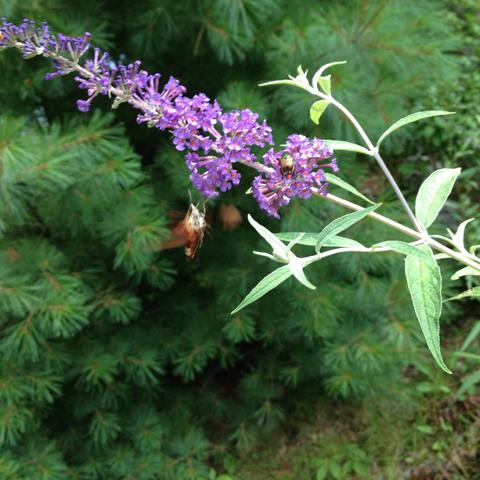 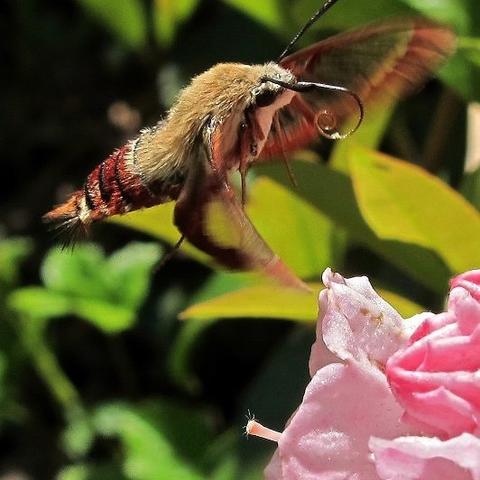 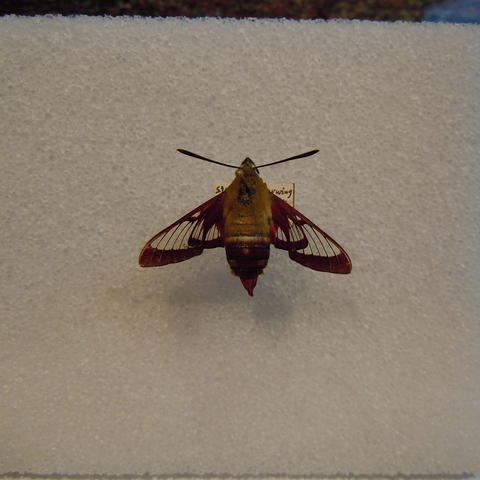 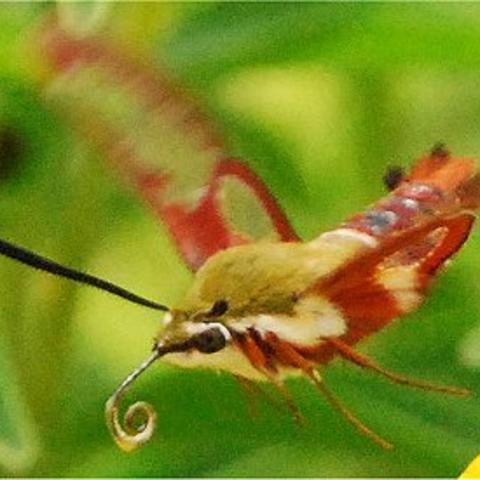 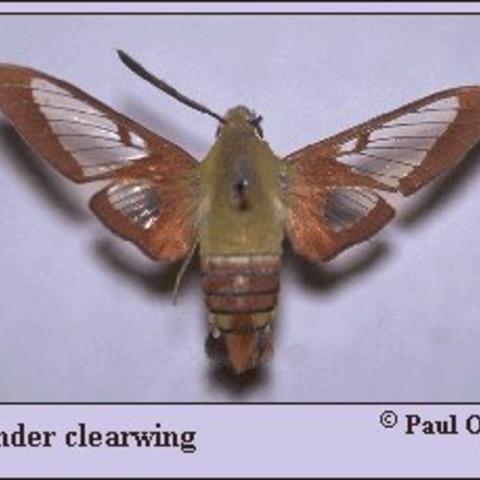