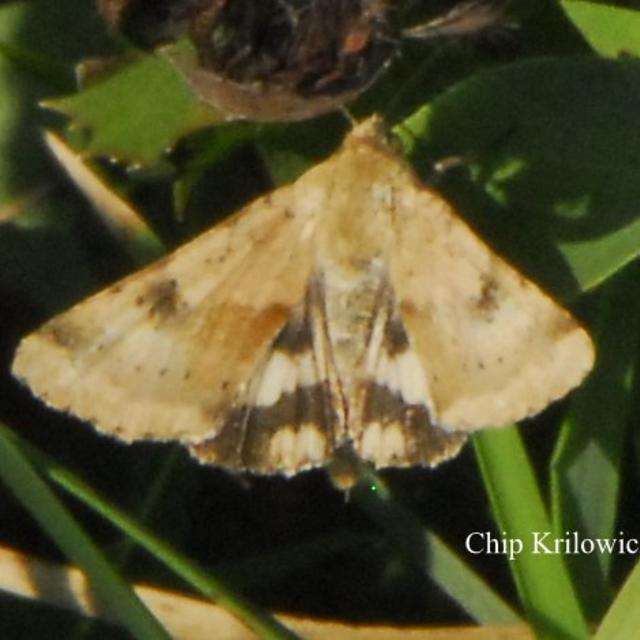 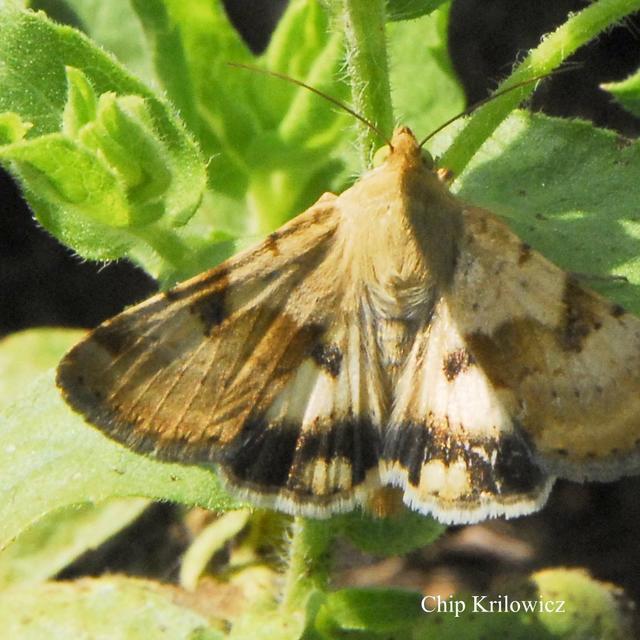 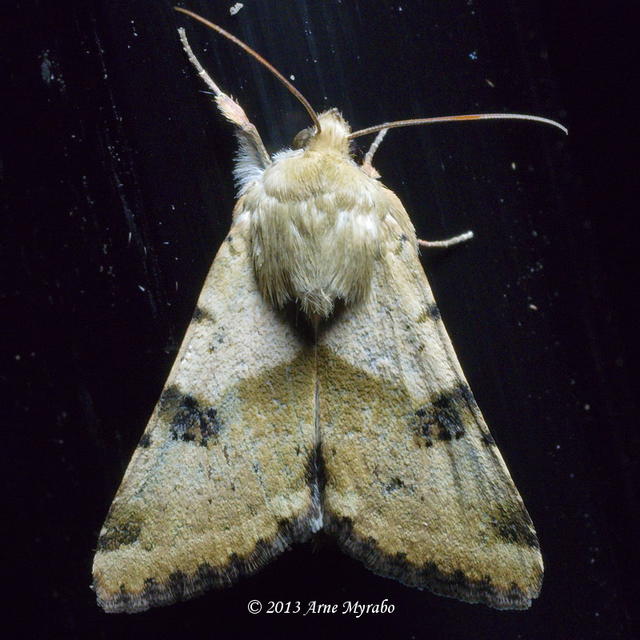 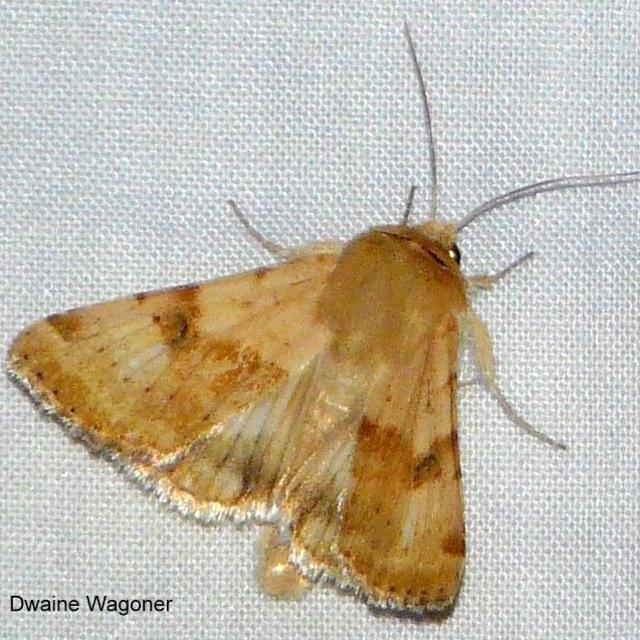 Family: Noctuidae
Subfamily: Heliothentinae
Identification: A medium-sized light yellow-brown or tan moth with darker markings. There is a broad darker brown median band crossing the forewing, which angles sharply inward at the lower end of the large blackish reniform, and a dark triangular patch near the apex. The hindwing is dirty white or very pale buff with a large dark thick discal crescent and a broad black terminal band with a pale, split spot at the anal angle. The very similar H. acesias has a yellowish (not buff) hindwing, less contrast on the forewing, and the forewing median band is not as sharply angled. There are also genitalic differences (see Hardwick, 1994). H. ononis is significantly smaller, less yellow and lacks most of the fine spotting on the forewing found in phloxiphagus. H. oregonica is smaller and darker.
Wing Span: 3.3-3.7cm
Life History: Adults are reported to be both nocturnal and diurnal in activity, and while most often are taken at lights, may be found feeding and ovipositing during the day. Like other species of the genus, the larvae feed on the flowering parts and seeds of the host.
Flight: May through September
Caterpillar Hosts:
Adult Food:
Habitat: Wooded edges, meadows, and other open areas
Range: Across the US and S. Canada
Conservation:
NCGR:
Management Needs: 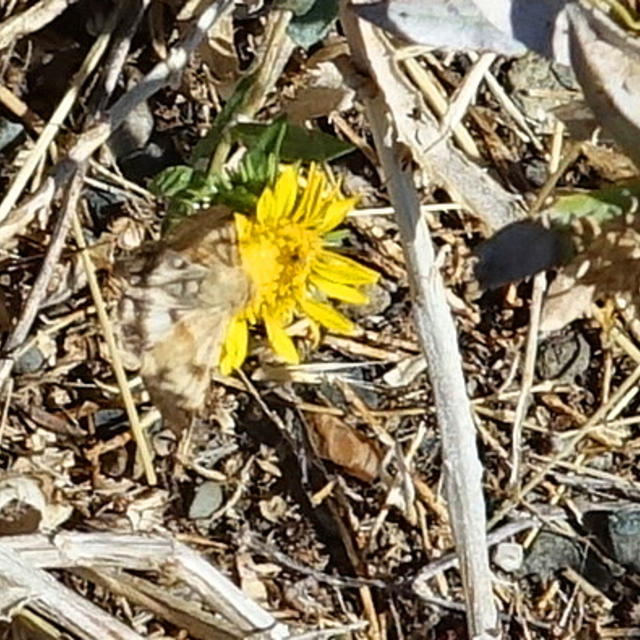 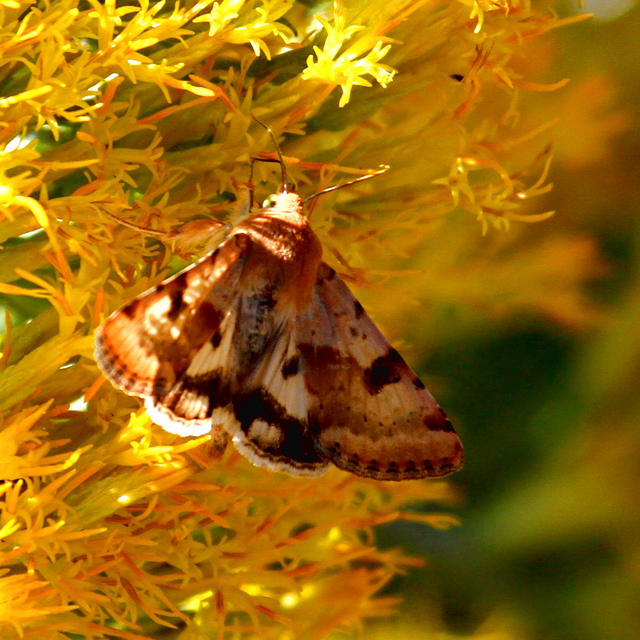 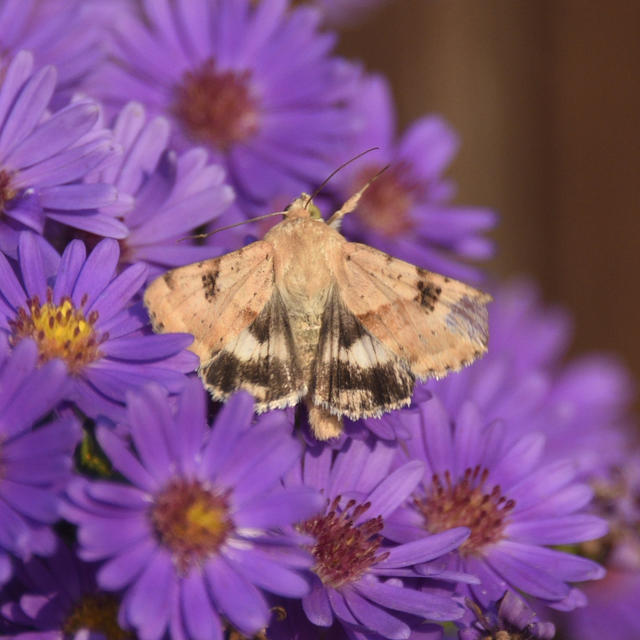 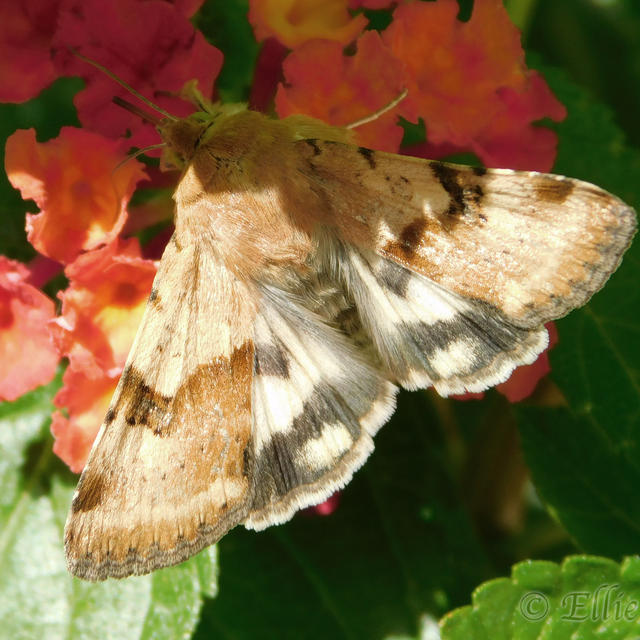 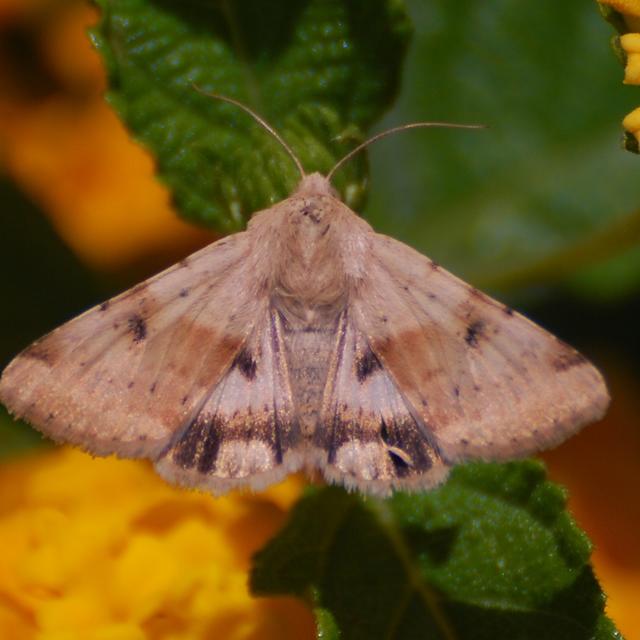 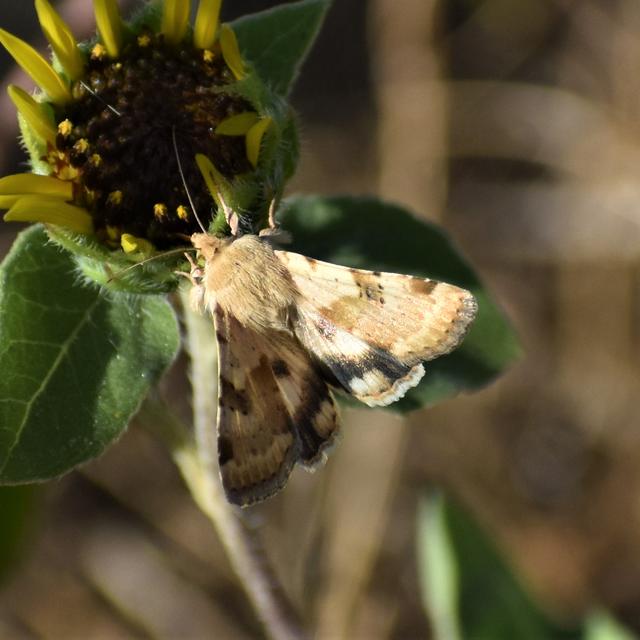 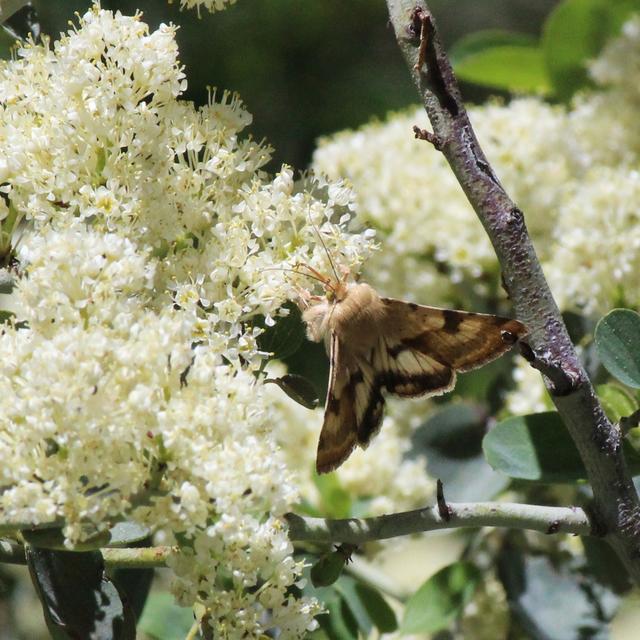 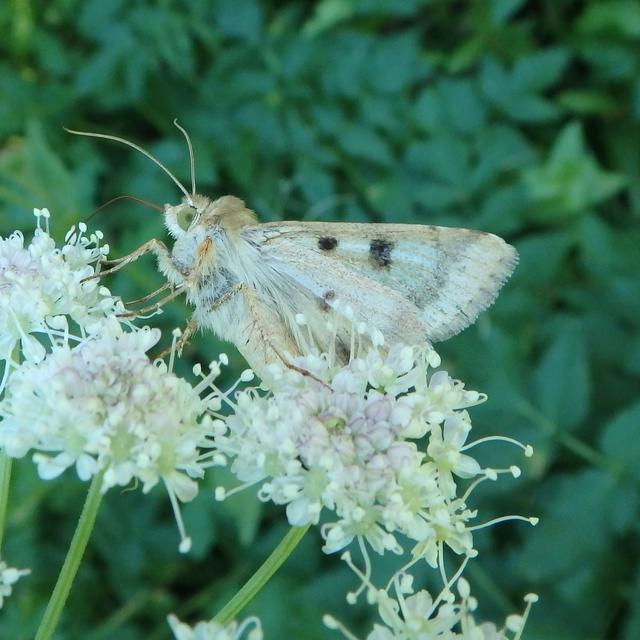 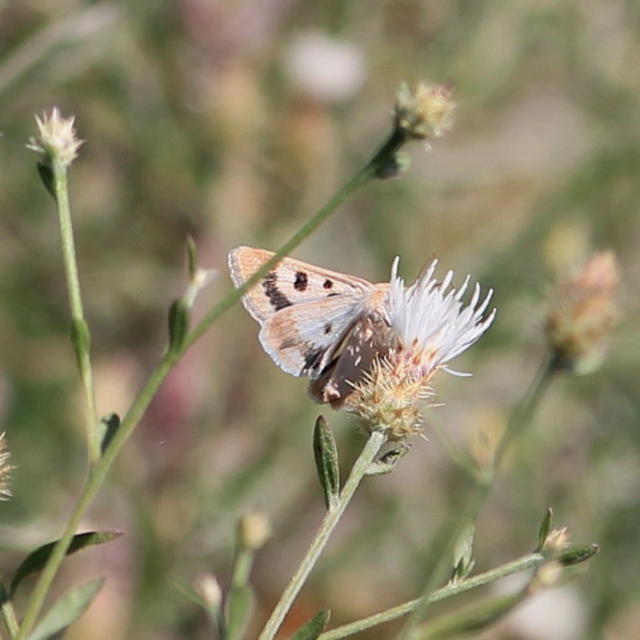 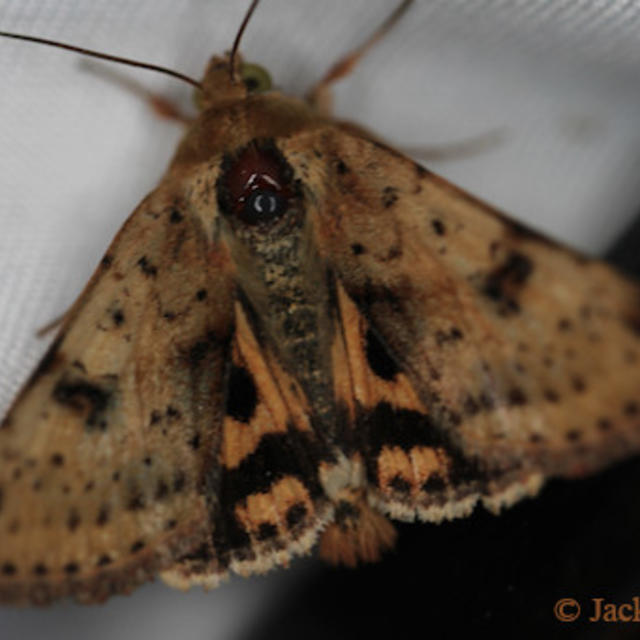 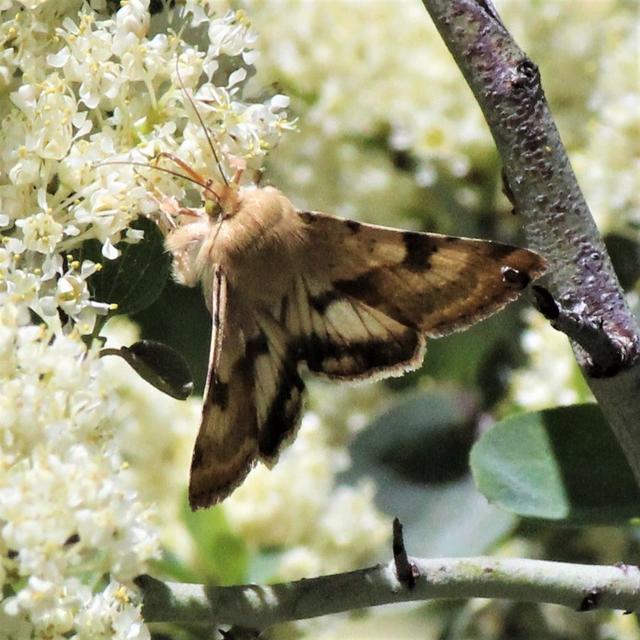 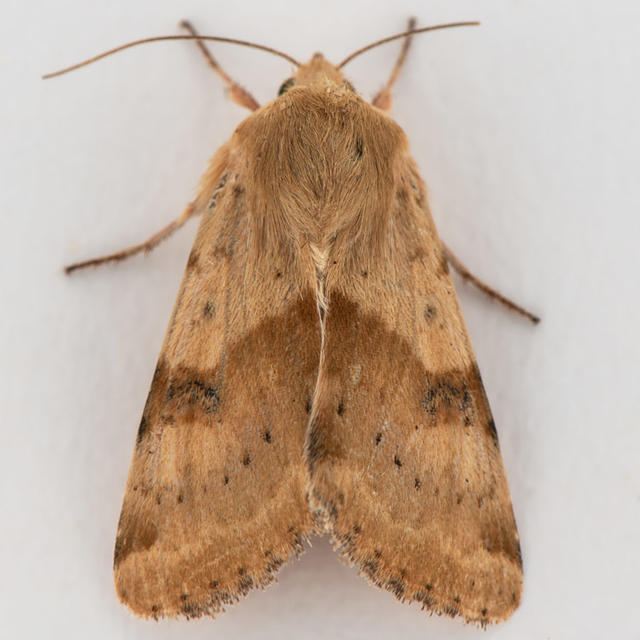 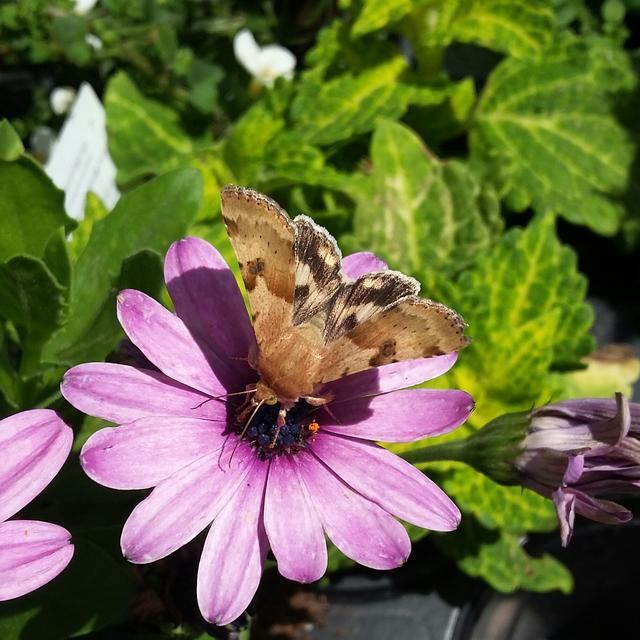 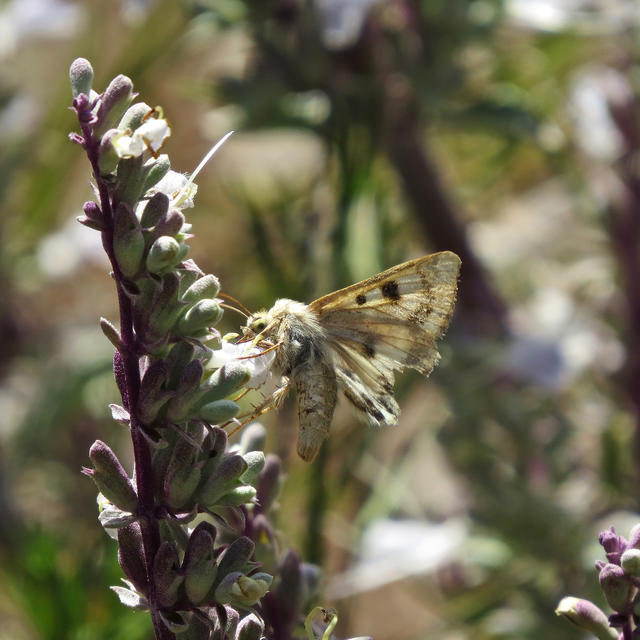 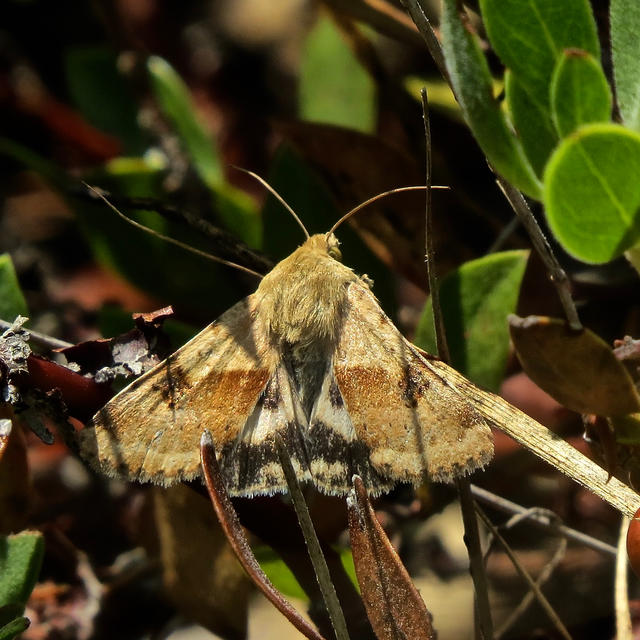 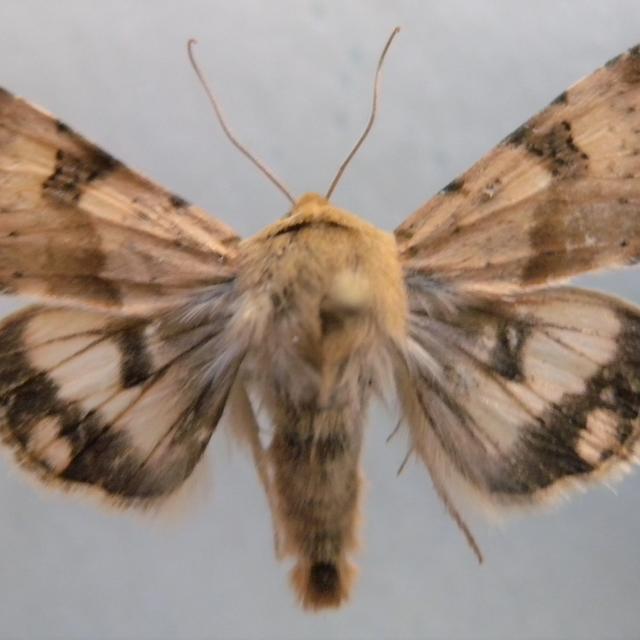 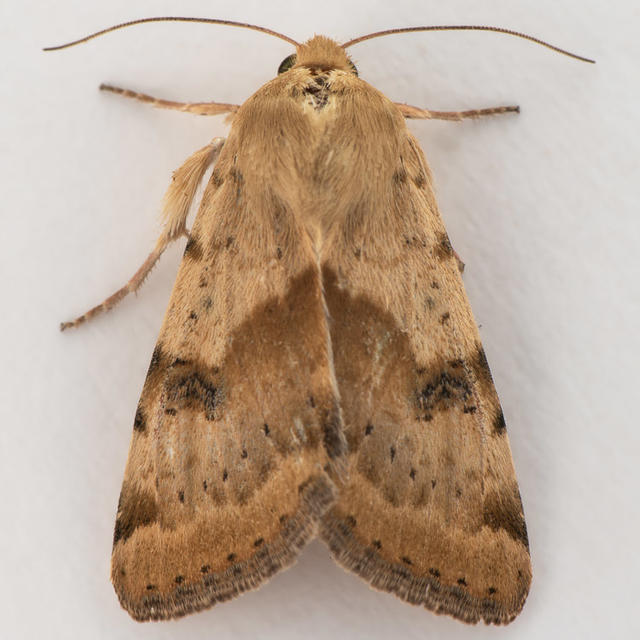 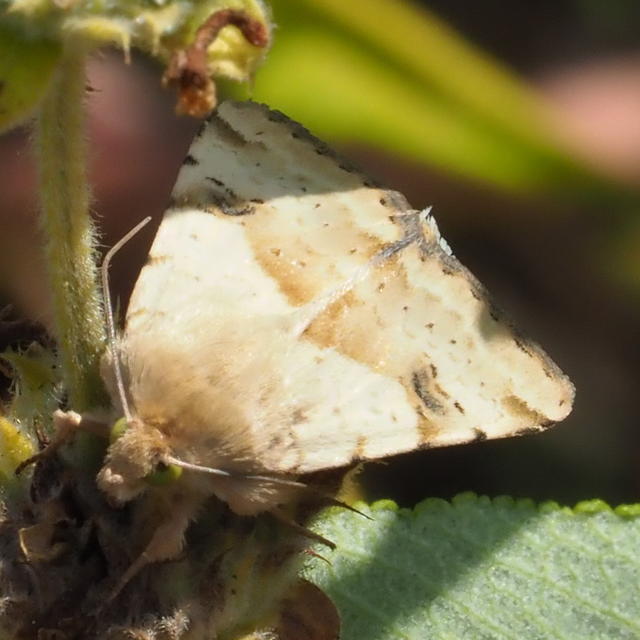 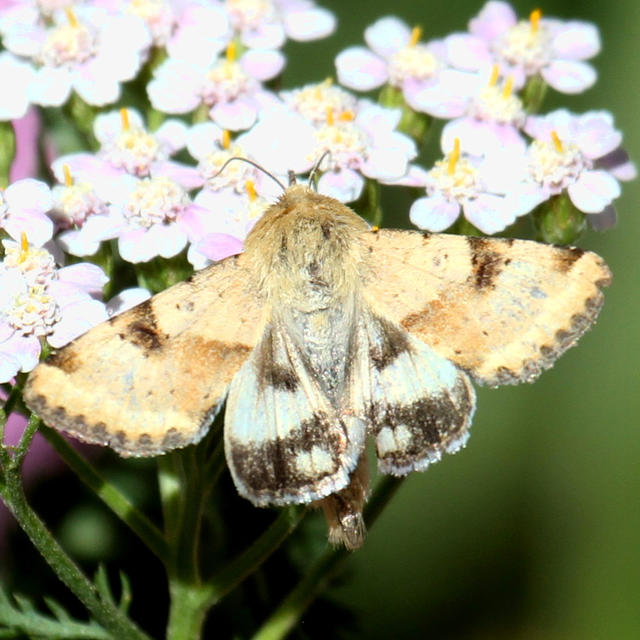 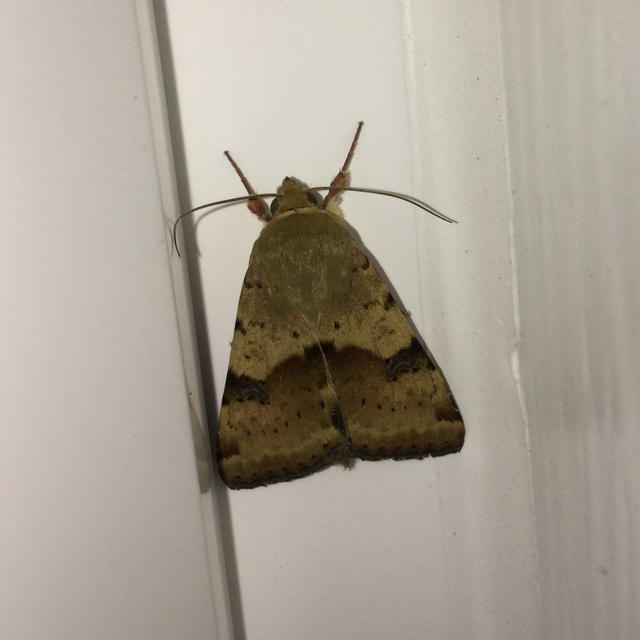 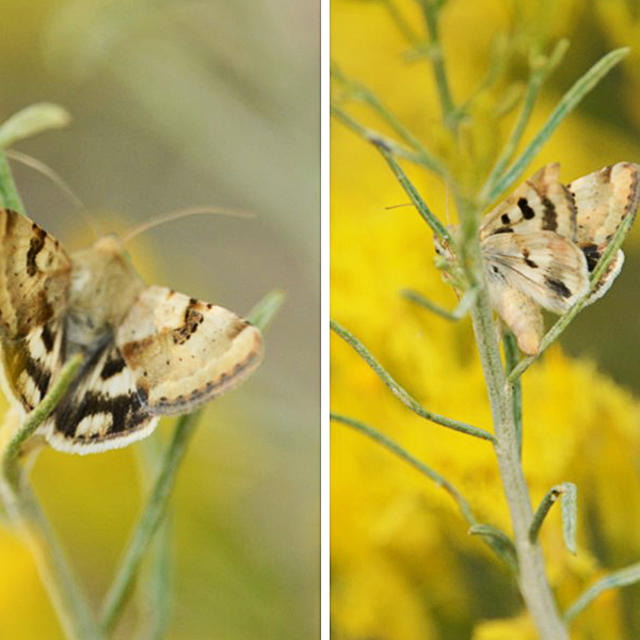 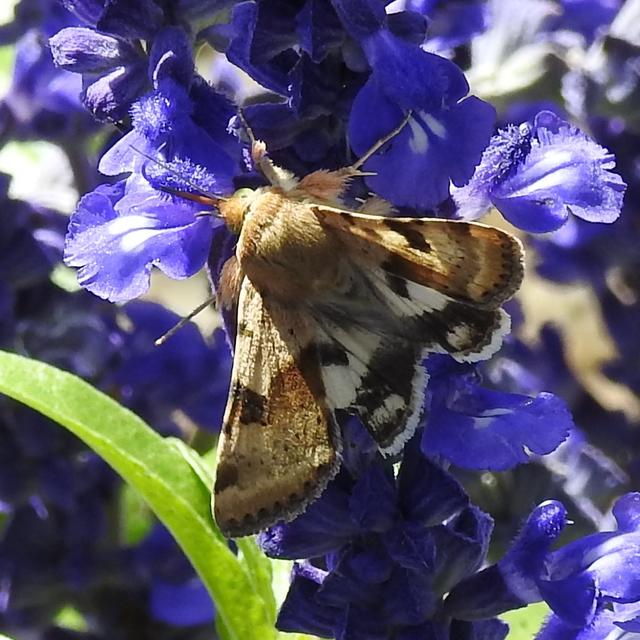 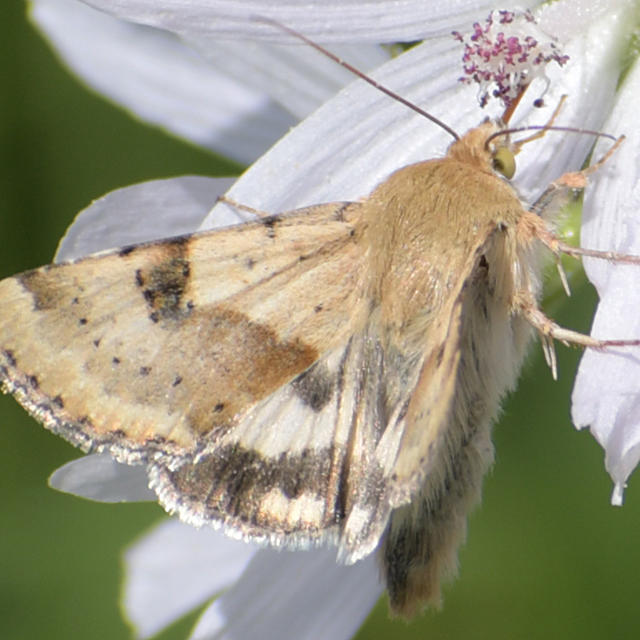 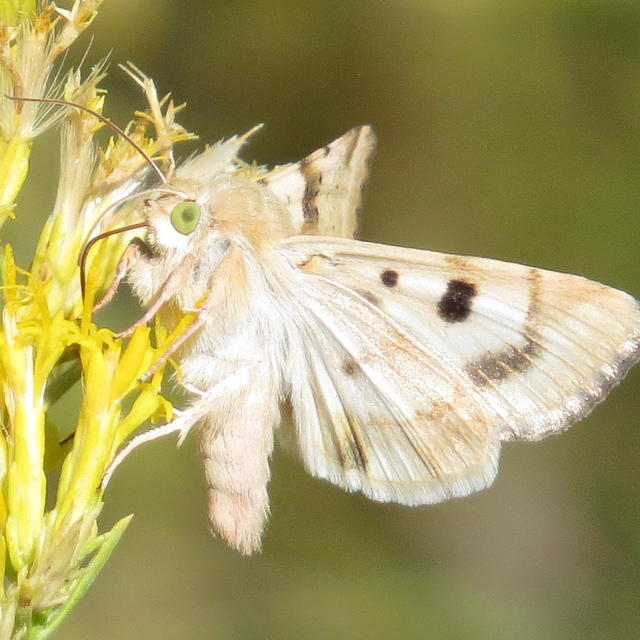