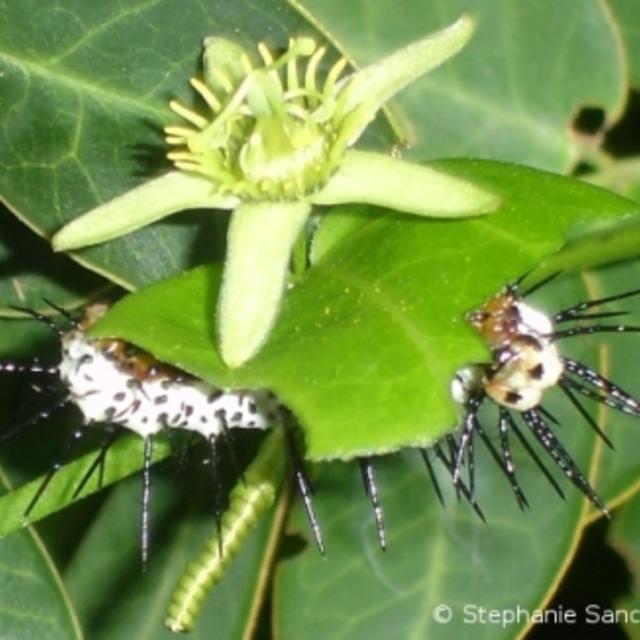 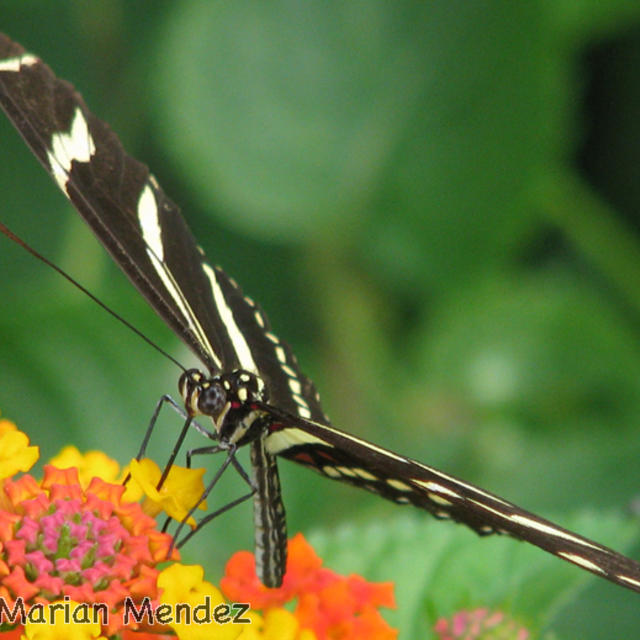 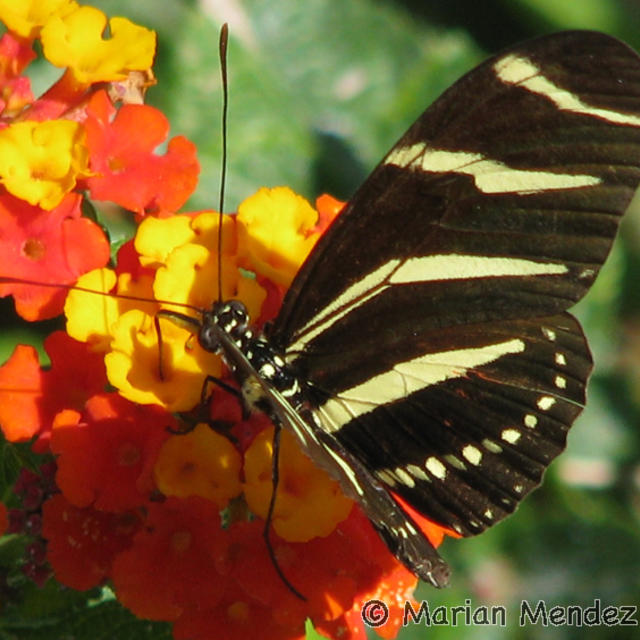 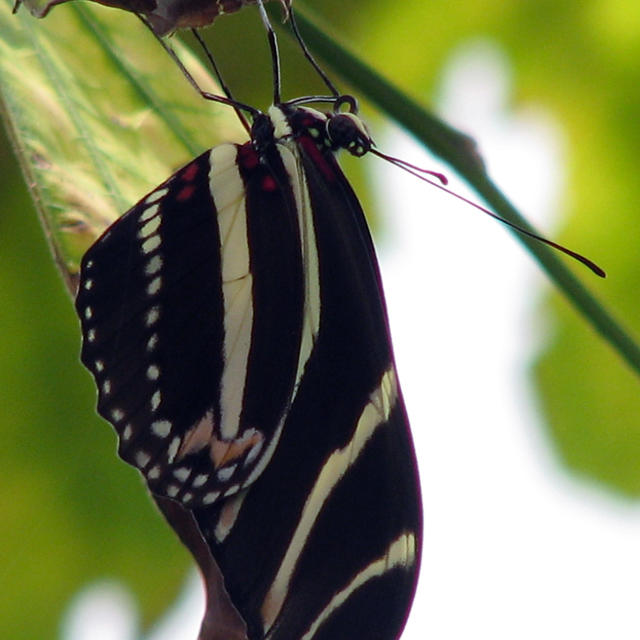 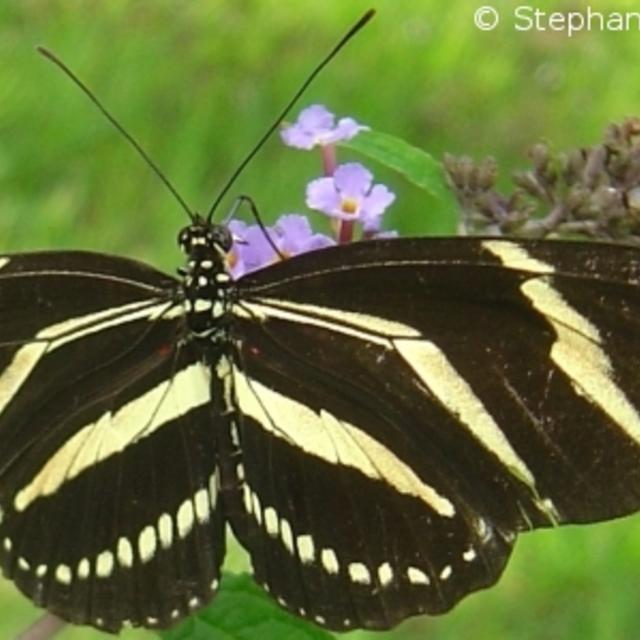 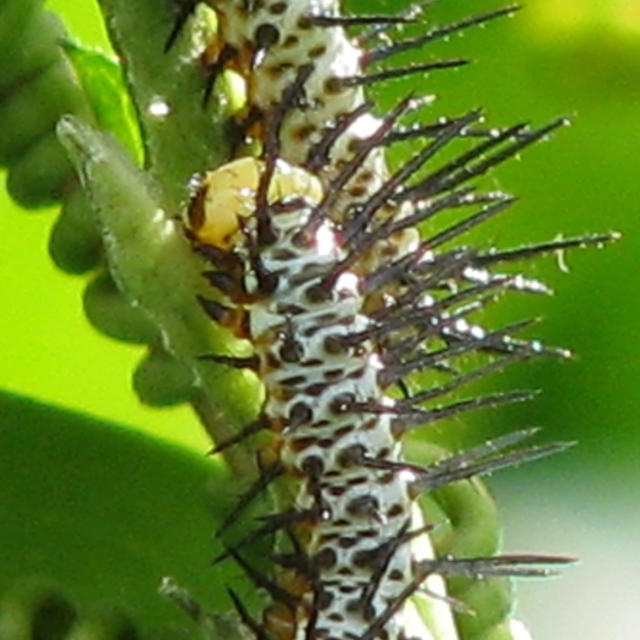 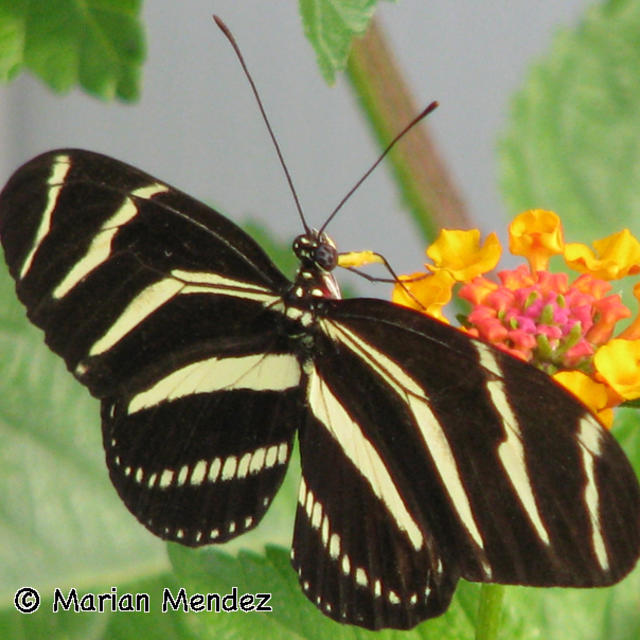 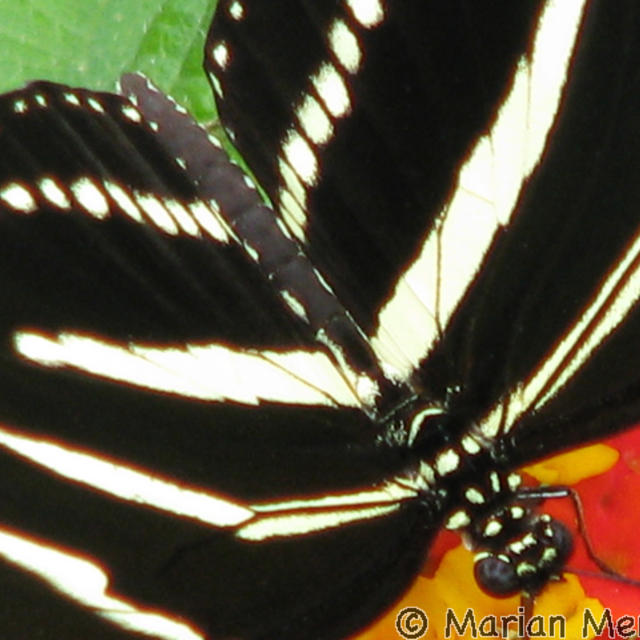 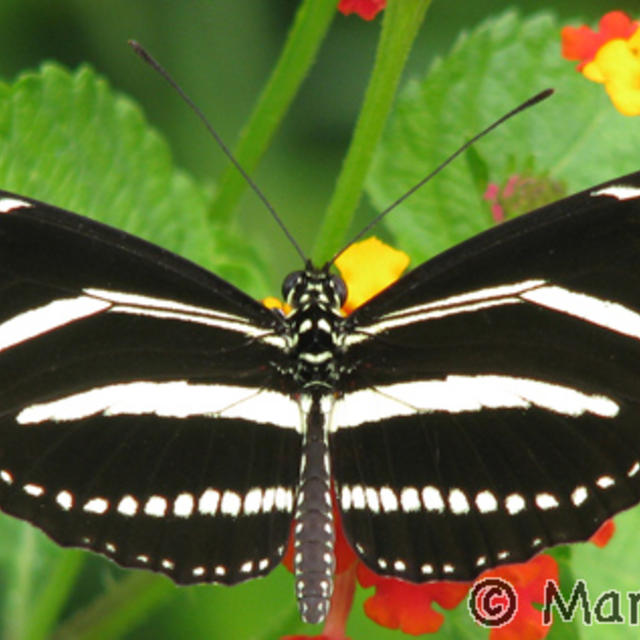 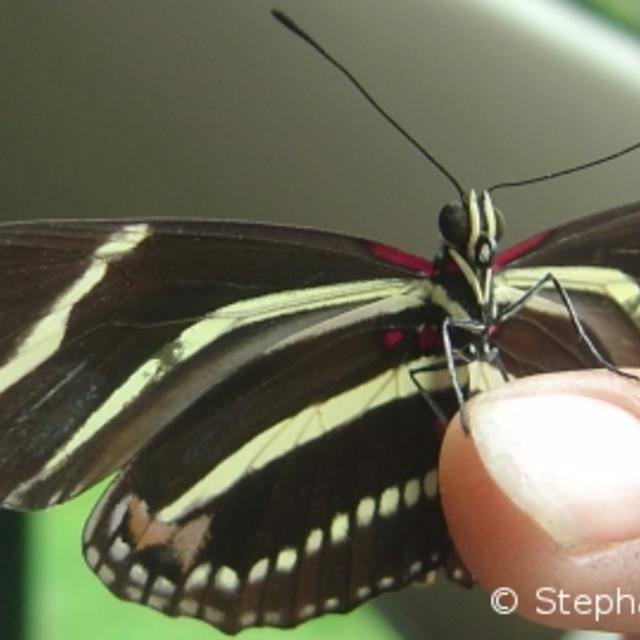 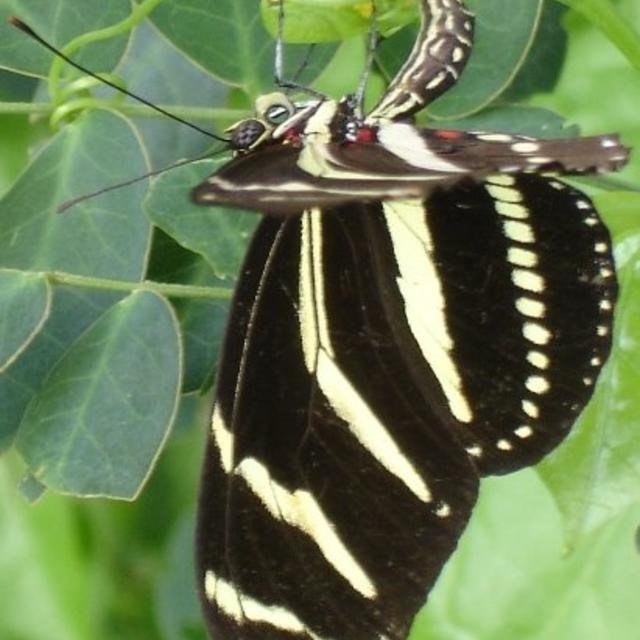 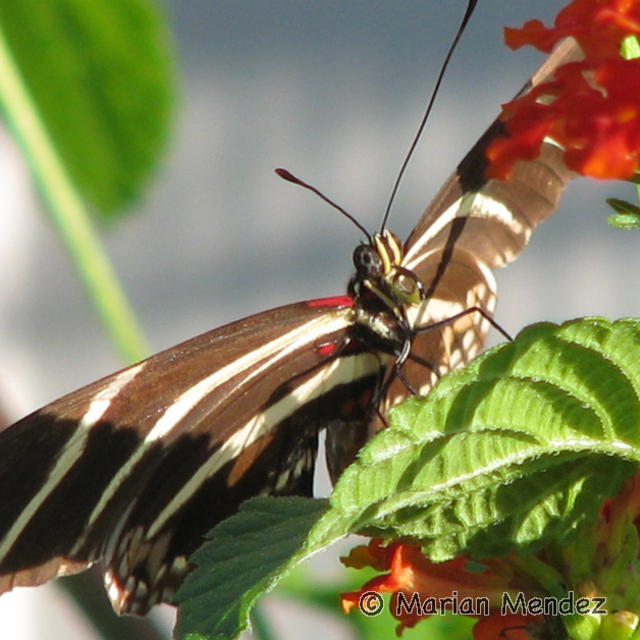 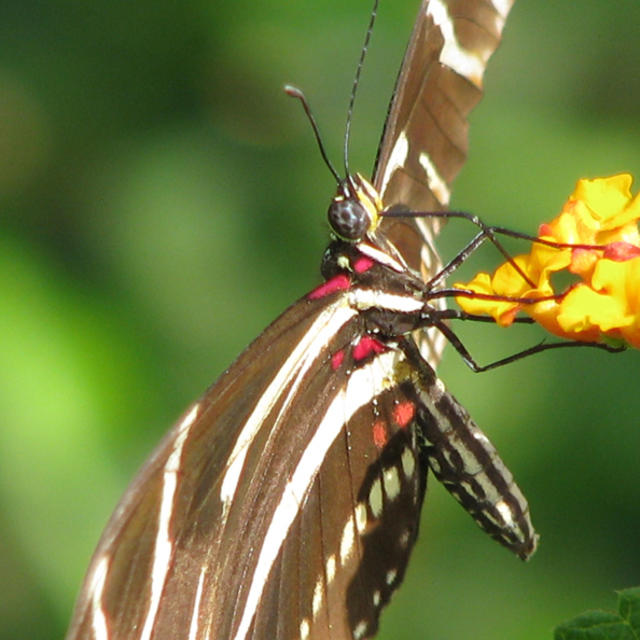 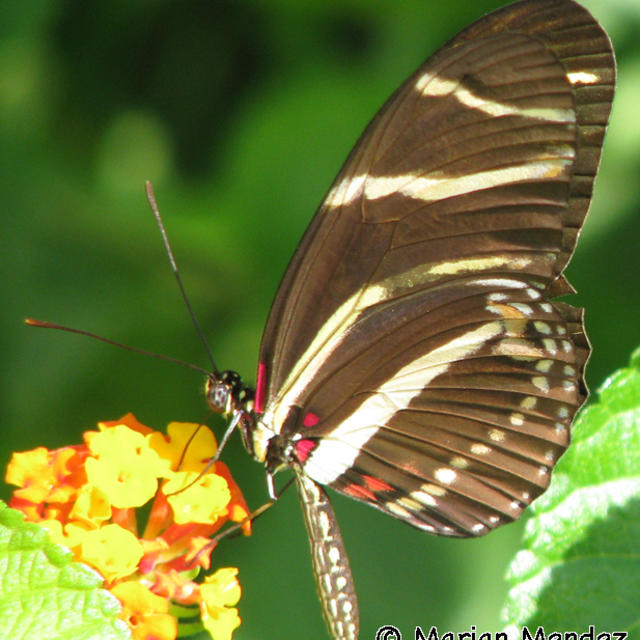 Family: Nymphalidae
Subfamily: Heliconiinae
Identification: Wings long and narrow; black with narrow yellow stripes.
Wing Span: 2 3/4 - 4 inches (7 - 10.1 cm).
Life History: Males patrol for females, and are also attracted to female chrysalids. A male will wait on the chrysalis and mate with the female as she is about to emerge. He then deposits on her abdomen a chemical than repels other males. Eggs are laid in groups of 5-15 on leaf buds or leaves of the host plant; caterpillars feed at night on leaves. Adults roost communally in groups of 25-30 individuals.
Flight: All year in South Texas and southern Florida, wanders north during warmer months.
Caterpillar Hosts: Passion-vines including Passiflora suberosa, P. lutea, and P. affinis.
Adult Food: Flower nectar and pollen, which are gathered on a set foraging route or "trap-line". Favorite plants include lantana and shepherd's needle.
Habitat: Tropical hammocks, moist forests, edges, fields.
Range: South America north through Central America, West Indies, and Mexico to South Texas and peninsular Florida. Occasional immigrant north to New Mexico, Nebraska, and South Carolina.
Conservation: Not usually required, but habitat for permanent populations is limited in South Texas.
NCGR: G5 - Demonstrably secure globally, though it may be quite rare in parts of its range, especially at the periphery.
Management Needs: Maintain habitat and host plant colonies.
Comments: NULL
Taxonomy Notes: Also called the Zebra Longwing.
Alternate Scientific Names:
Heliconius charithonius
Heliconius charitonius