Family: Noctuidae
Subfamily: Noctuinae
Identification: A small to medium species with an attractive pattern of dark gray median area and mottled yellow and orange base and terminal areas. The ground color of the forewing is powdery yellow to light green due to a mixture of light yellow and dark gray scales. Bright orange markings are present at the base and as a series of spots representing the subterminal line. The wing base, median area, and margin opposite the cell and in the fold are darker greenish gray. The lines are double with the components abutting the median area strong and the opposite component nearly absent, gray, and filled with light yellow. The basal and antemedial lines are slightly irregular; portions of the antemedial line are black in some specimens. The postmedial line is evenly scalloped between the veins, smoothly convex toward the outer margin around the reniform spot and then perpendicular to the trailing margin. The orbicular and reniform spots are black with partial orange inner components. The orbicular spot is filled with the dark s
Wing Span: 2.4-2.8 cm
Life History:
Flight: June to September.
Caterpillar Hosts: Wild lettuce (Lactuca spp.)
Adult Food:
Habitat: Disturbed roadside, urban, and agricultural habitats at low elevations east of the Cascades.
Range: An introduced moth that has been reported in Washington, Oregon, and Utah.
Conservation:
NCGR:
Management Needs:
Comments:
Taxonomy Notes: None. 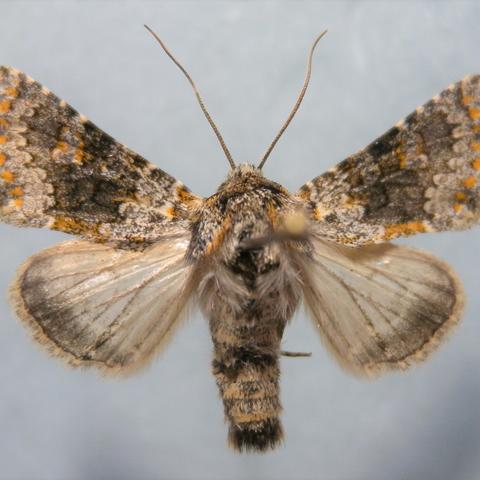 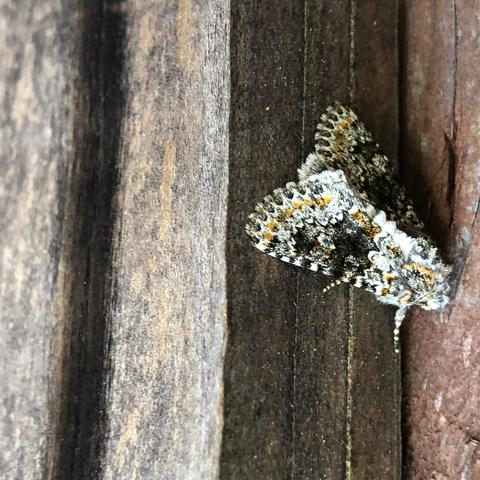 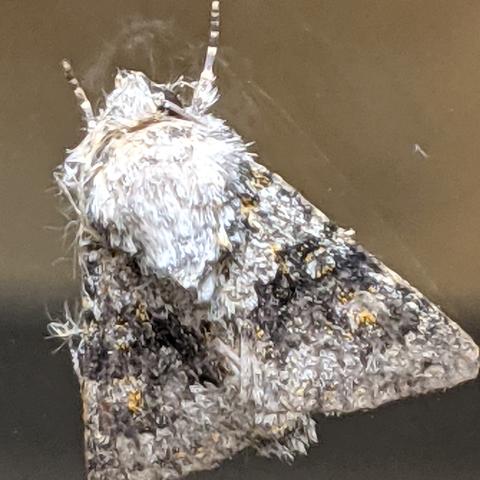 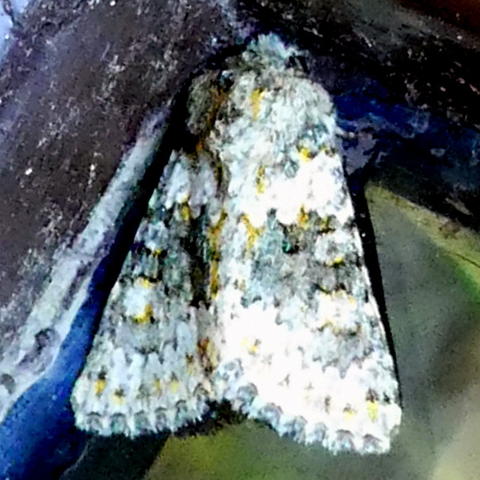 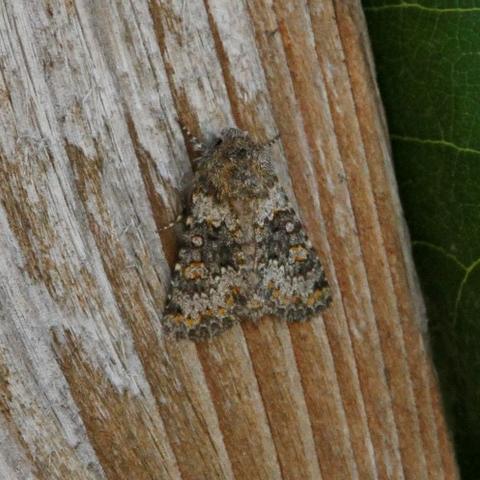 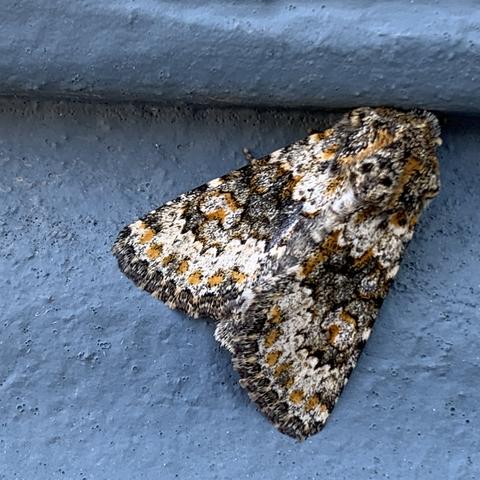 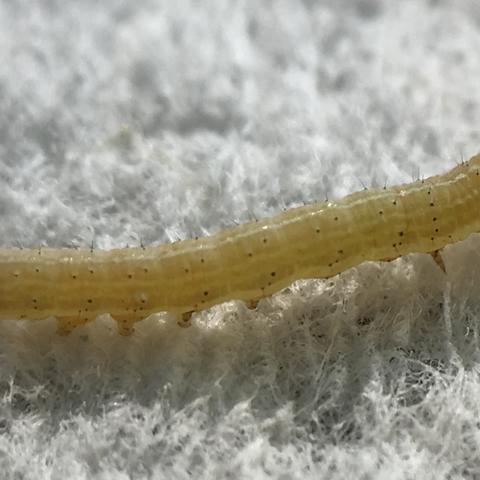 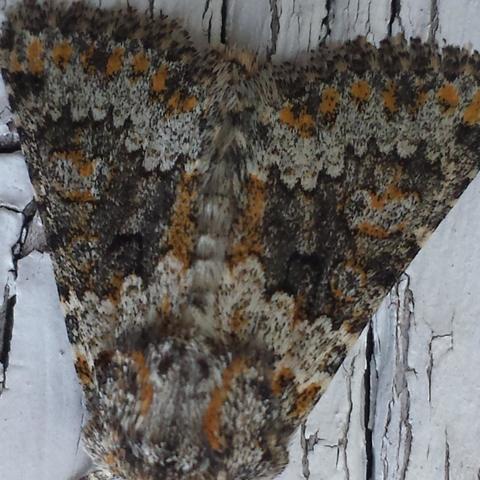 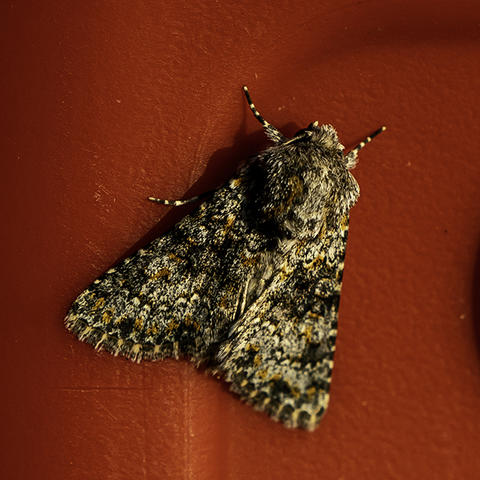 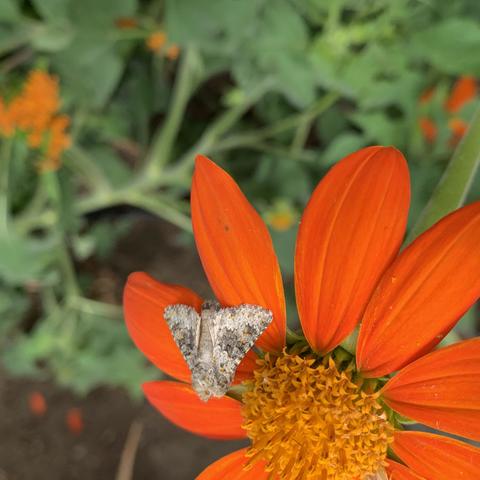 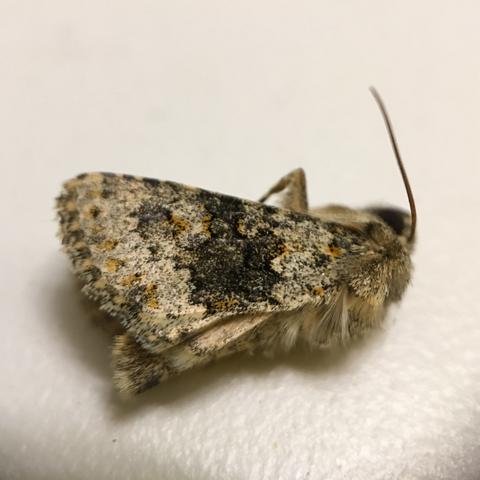 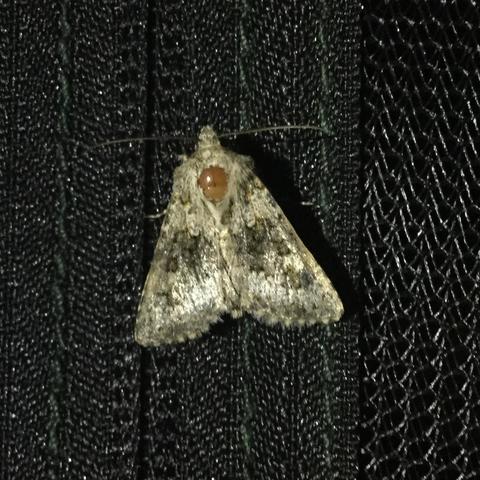 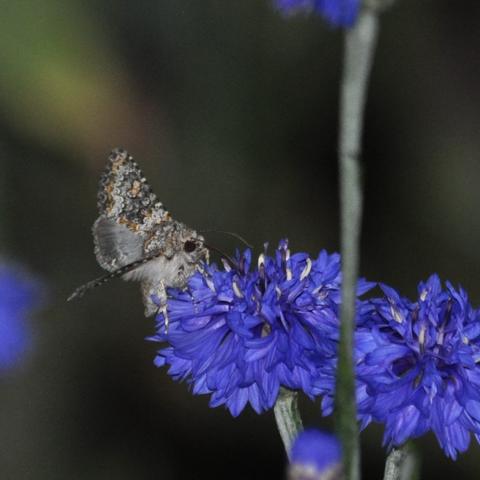 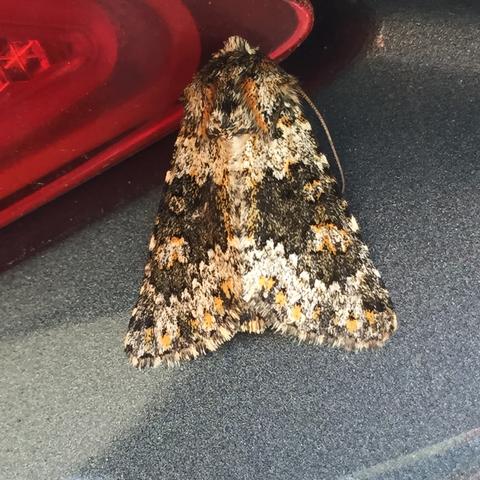 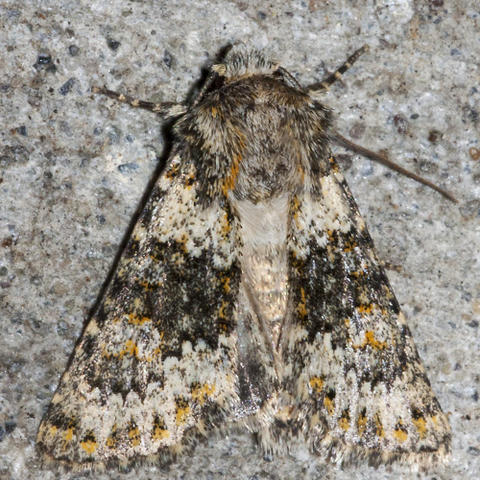 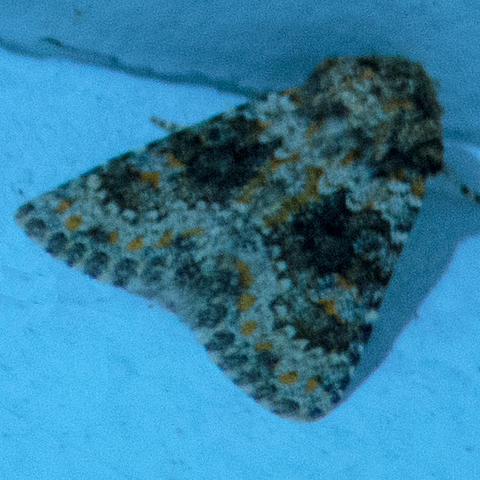