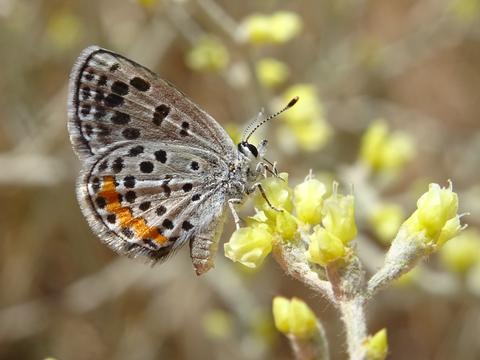 Family: Lycaenidae
Subfamily: Polyommatinae
Identification: Male blue above with narrow black outer borders and narrow pink band on outer edge of hindwing. Female brown or with extensive blue. Orange hindwing band moderate to small. Underside of forewing has submarginal row of dark spots smudged and continuous red-orange band on outer margin of hindwing.
Wing Span: 3/4 - 7/8 inches (1.9 - 2.2 cm).
Life History: Males patrol all day near host plants to find receptive females. Eggs are laid singly on host plant flowers; caterpillars eat flowers and fruits, and are protected by ants. Chrysalids hibernate in sand or leaf litter.
Flight: One flight from mid-July to early September.
Caterpillar Hosts: Corybose and Heerman buckwheats.
Adult Food: Flower nectar especially that from Eriogonum species.
Habitat: Dry rocky or gravelly slopes or flats.
Range: Utah and western Colorado south to northwestern New Mexico and n. Arizona. Also western Nevada and eastern California.
Conservation: All or most populations are or may be susceptible to invasion and decline due to cheatgrass.
NCGR: G2,G3 - for species imperiled because of rarity (6 to 20 occurrences), or because of other factors demonstrably making it very vulnerable to extinction throughout its range. (Endangered throughout its range). OR very rare or local throughout its range or found locally in a restricted range . All named subspecies are of conservation concern.
Management Needs: Maintain habitat together with host plants of all known populations. Monitor populations and presence of invasive weeds, especially cheatgrass.
Comments: NULL 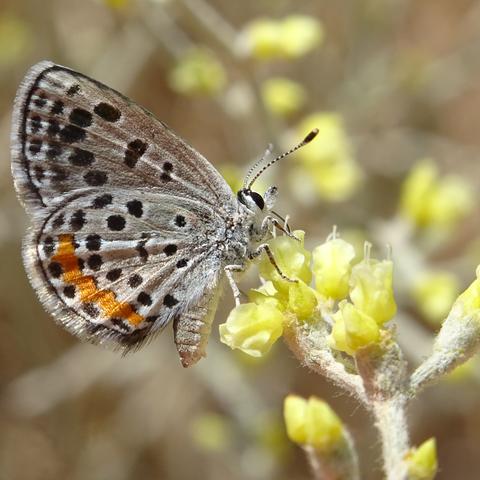 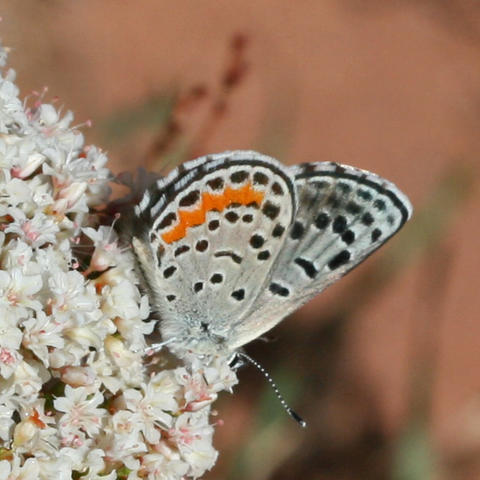 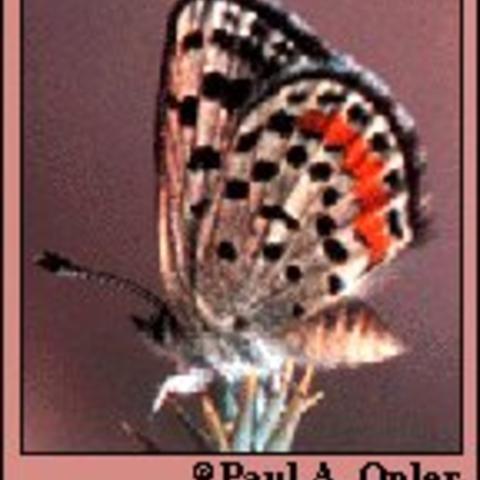