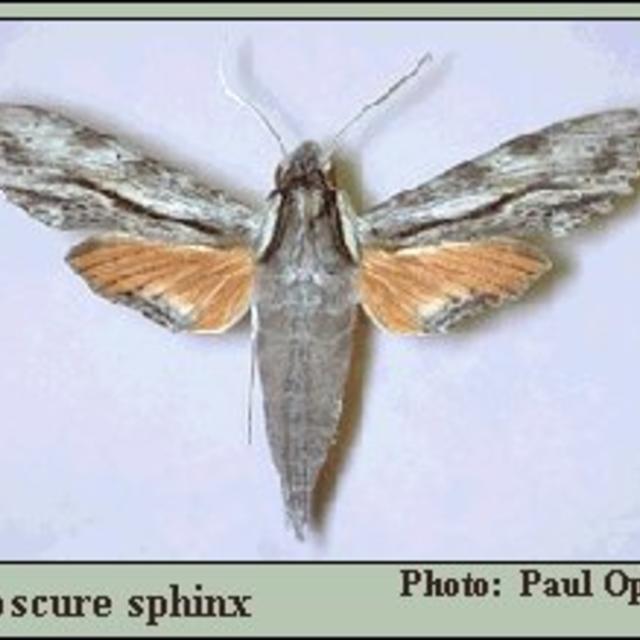 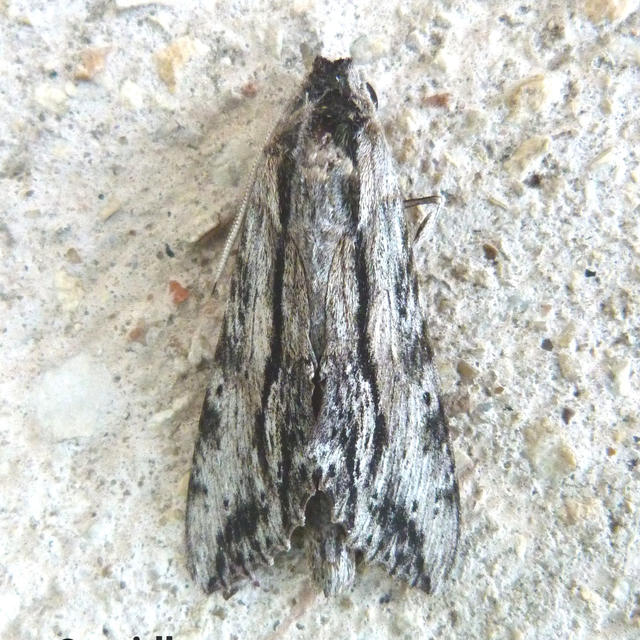 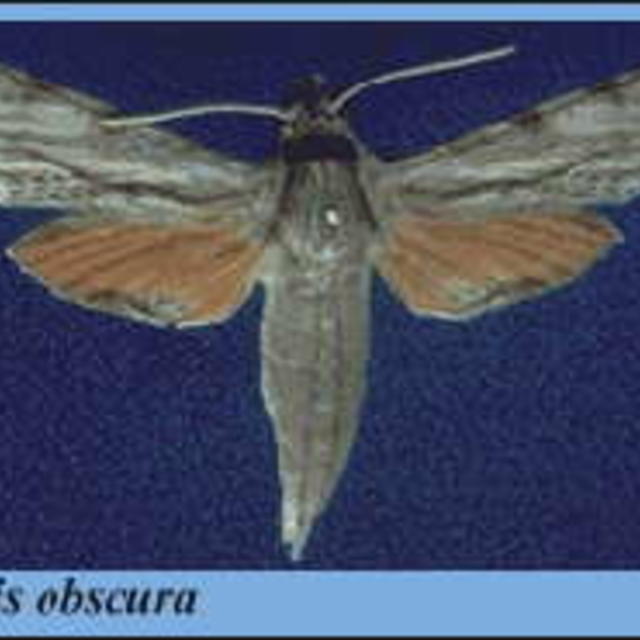 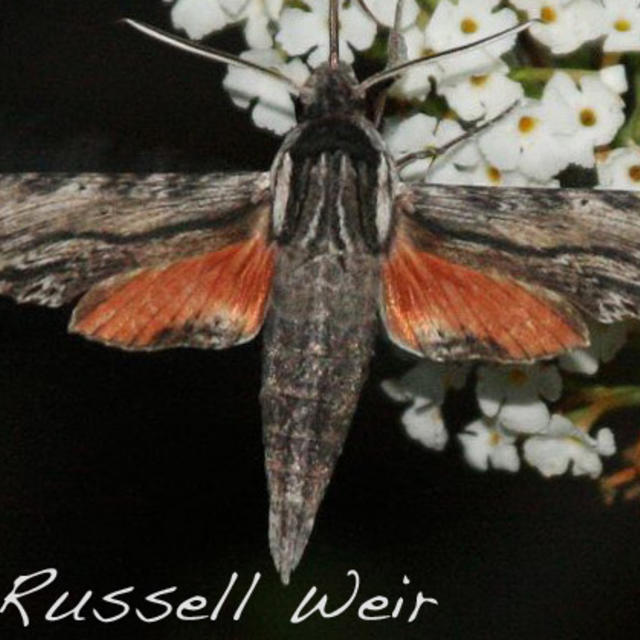 Family: Sphingidae
Subfamily: Macroglossinae
Identification: Upperside of the female forewing is dark gray to brownish gray with black markings on the basal half and near the center of the costa; some females are nearly all black. Upperside of the male forewing is pale gray with black markings and a black line in the center running from the base to about three-fourths of the wing length. In both sexes, the hindwing upperside is orange with a narrow black border.
Wing Span: 2 3/16 - 2 9/16 inches (5.6 - 6.5 cm).
Life History: Adults begin feeding at sunset. Caterpillars pupate in cocoons spun on the soil surface.
Flight: . Several flights throughout the year in the tropics, south Florida, and South Texas. One flight from August-October northward.
Caterpillar Hosts: Papaya (Carica papaya), various plants in the dogbane family (Apocynaceae) including Philibertia and Cynanchum species, and various plants in the spurge family (Euphorbiaceae) including Poinsettia.
Adult Food: Flower nectar.
Habitat: Tropical and subtropical lowlands.
Range: Uruguay north through Central America, Mexico, and the West Indies to Florida, Mississippi, Texas, New Mexico, Arizona, and southern California. Has strayed to Arkansas, Oklahoma, Nebraska, North Dakota, and Pennsylvania.
Conservation: Not usually required.
NCGR: G5 - Demonstrably secure globally, though it may be quite rare in parts of its range, especially at the periphery.
Management Needs: None reported.
Comments: NULL 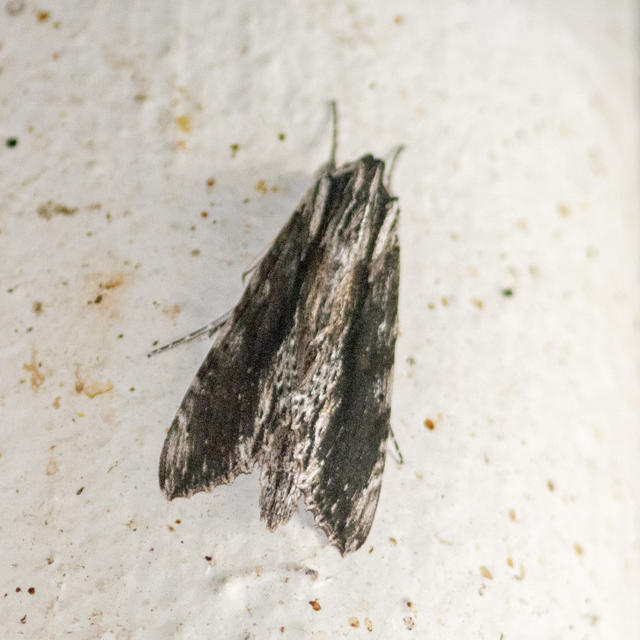 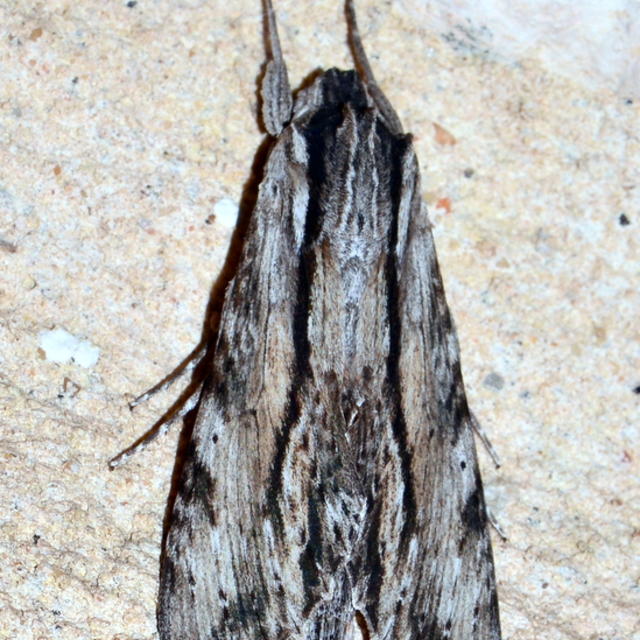 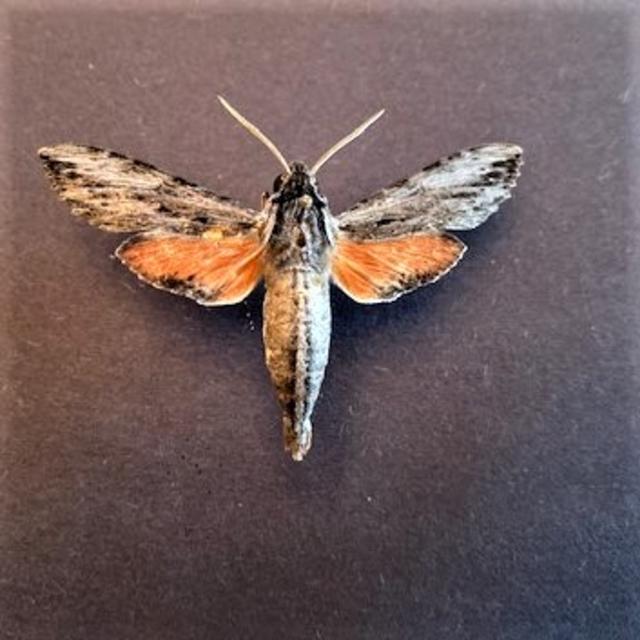 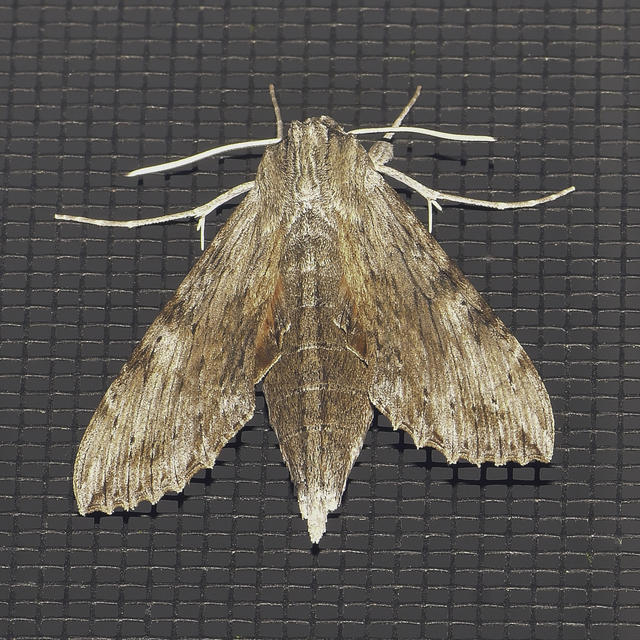 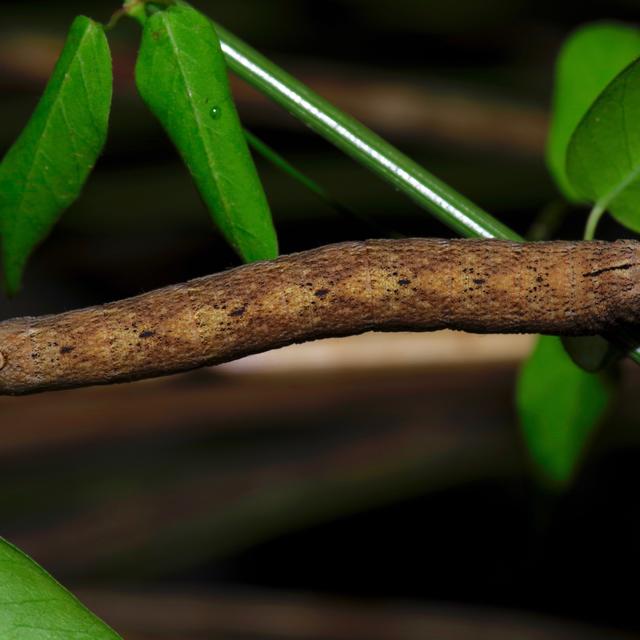 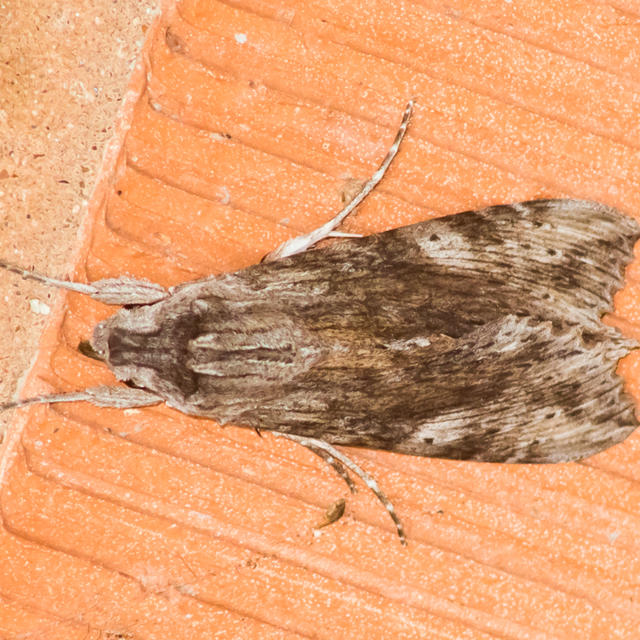 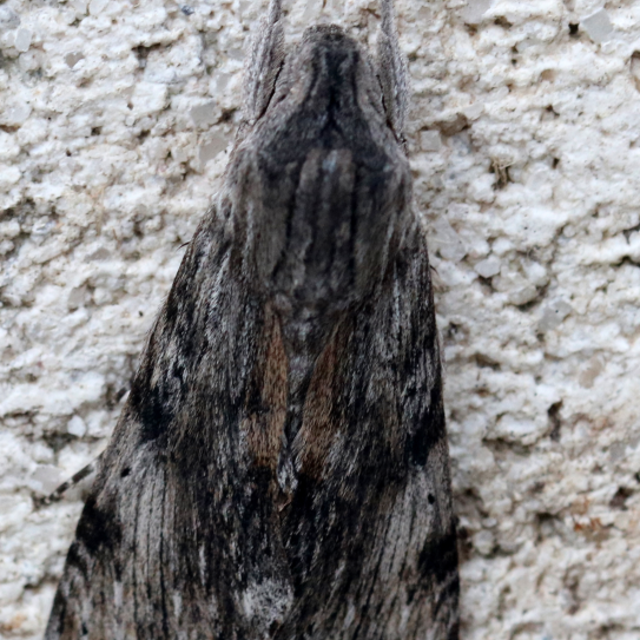 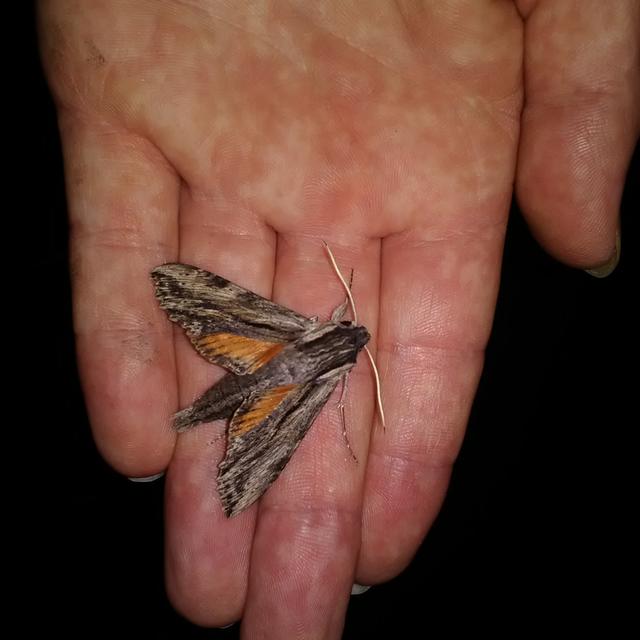 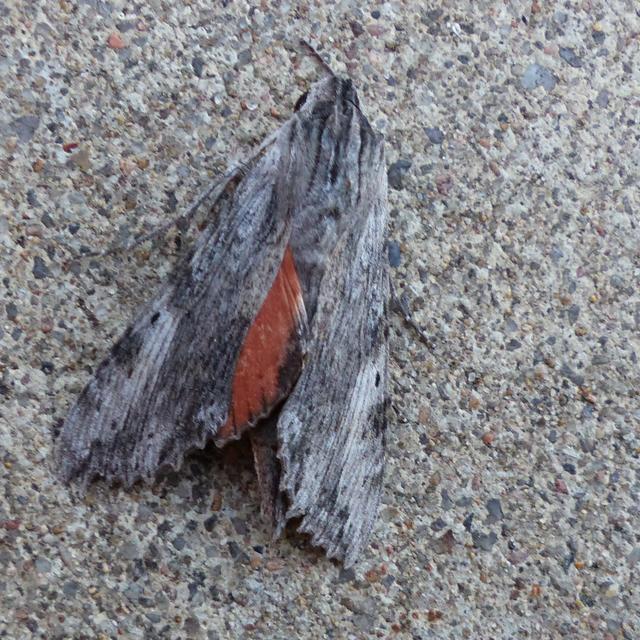 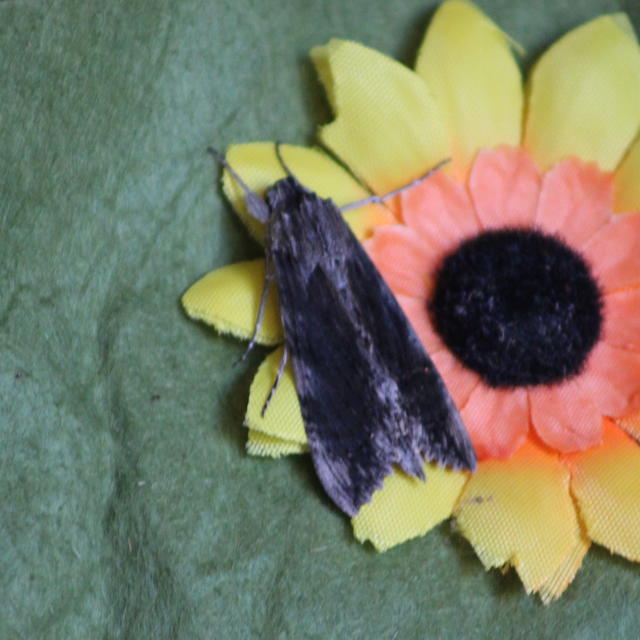 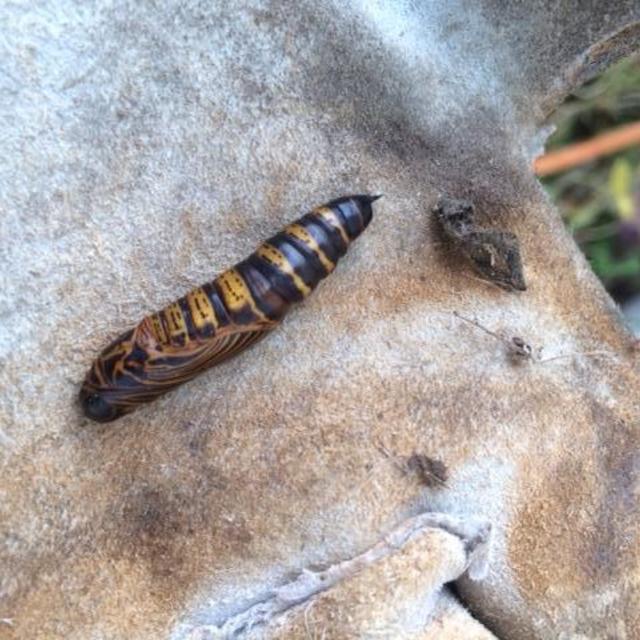