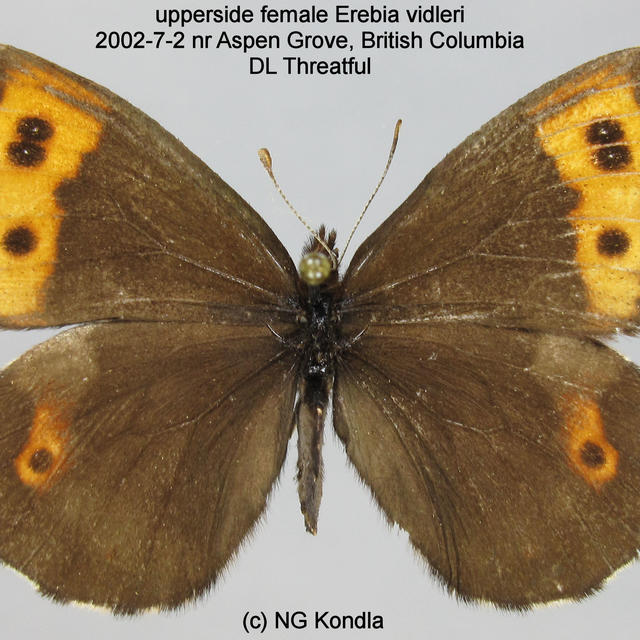 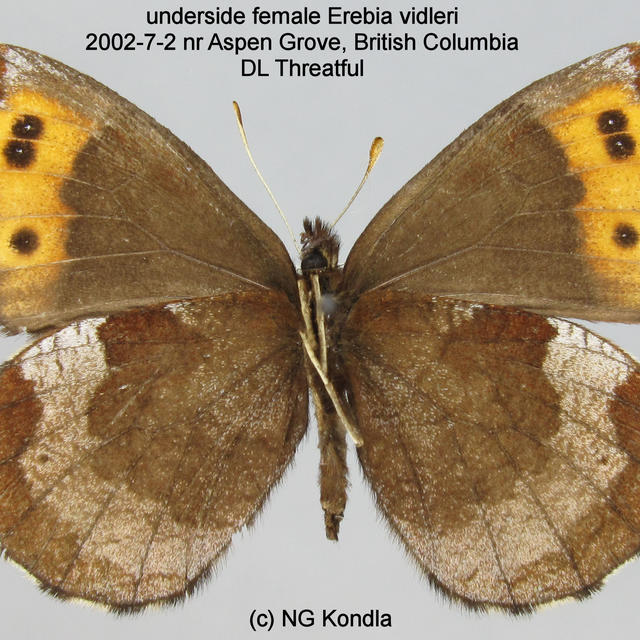 Family: Nymphalidae
Subfamily: Satyrinae
Identification: Upperside is brown-black; orange band across both wings surrounds 3 eyespots on the forewing, 1-2 eyespots on the hindwing. Underside of forewing is the same as the upperside; hindwing median band is indistinct to well-defined ash gray.
Wing Span: 1 5/8 - 1 7/8 inches (4.1 - 4.8 cm).
Life History: Not reported.
Flight: One brood from July-August.
Caterpillar Hosts: Probably grasses.
Adult Food: Flower nectar.
Habitat: High mountain meadows, ridges, and rockslides.
Range: High mountains of British Columbia south to the Olympic and north Cascade Mountains of Washington.
Conservation: Not usually required.
NCGR: G4 - Apparently secure globally, though it might be quite rare in parts of its range, especially at the periphery.
Management Needs: None reported.
Comments: NULL 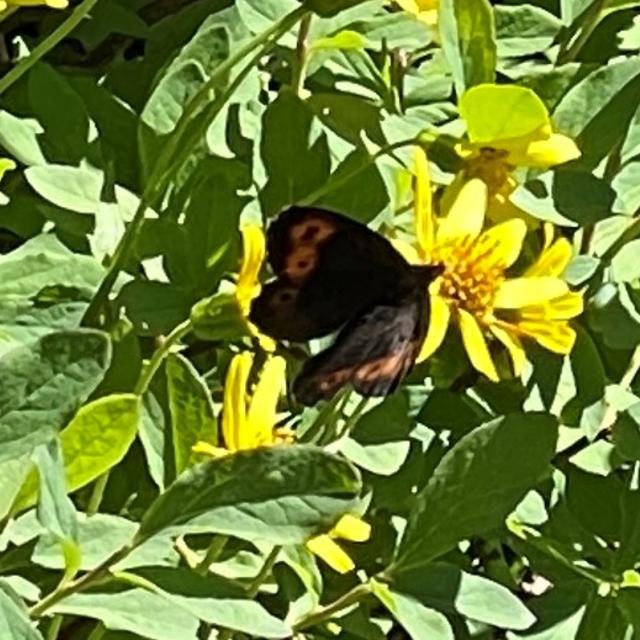 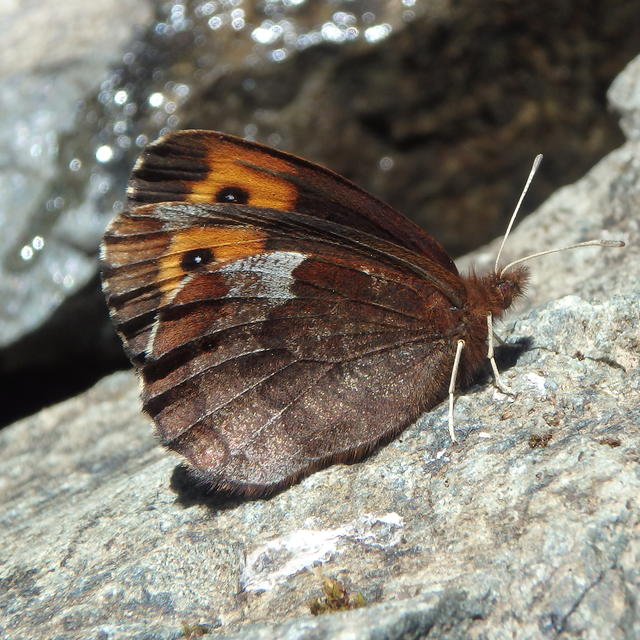 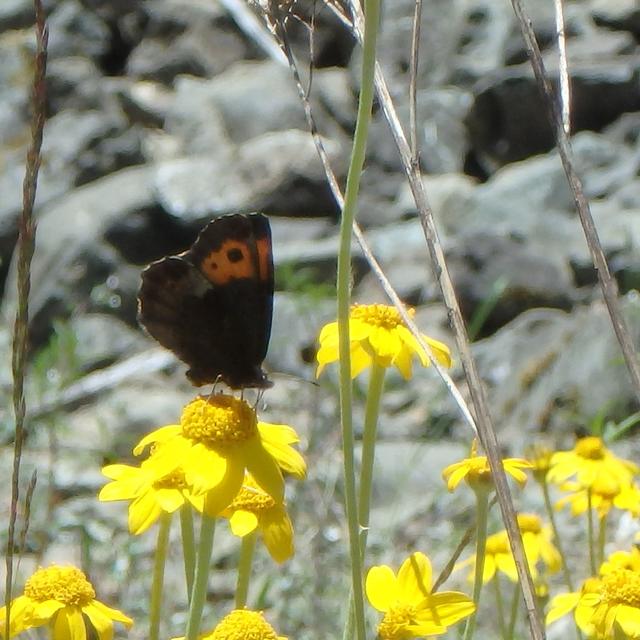 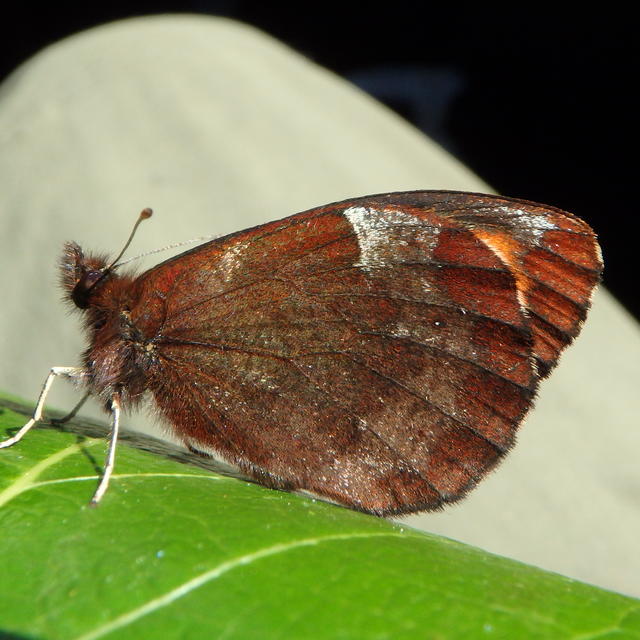 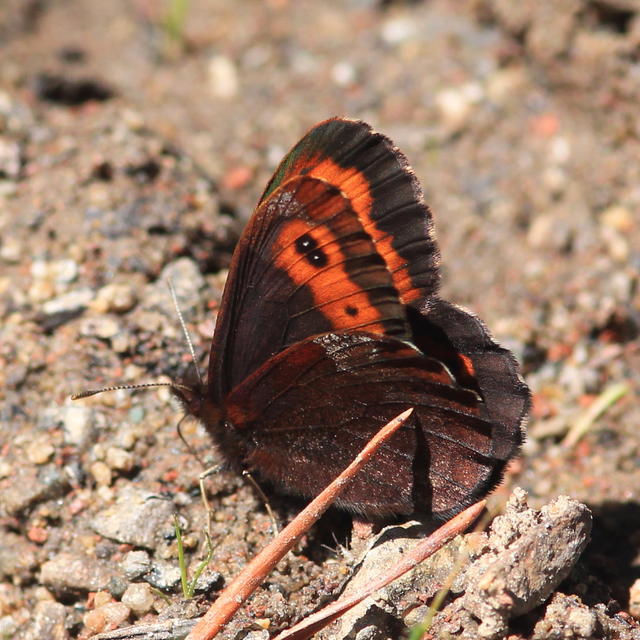 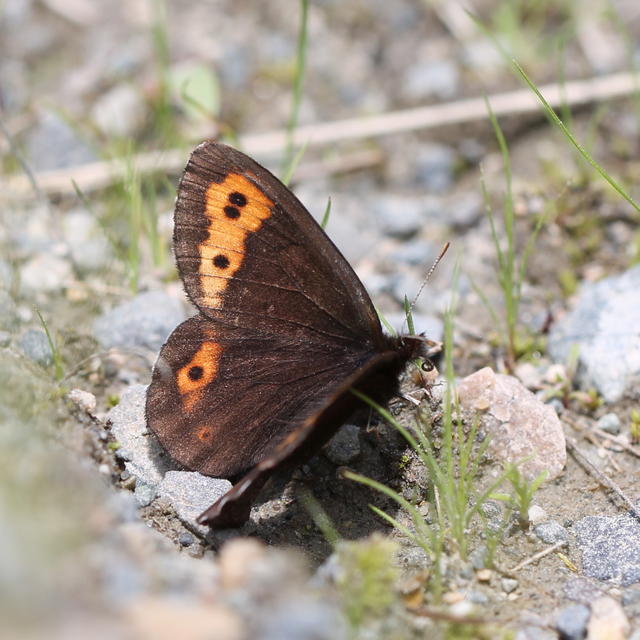 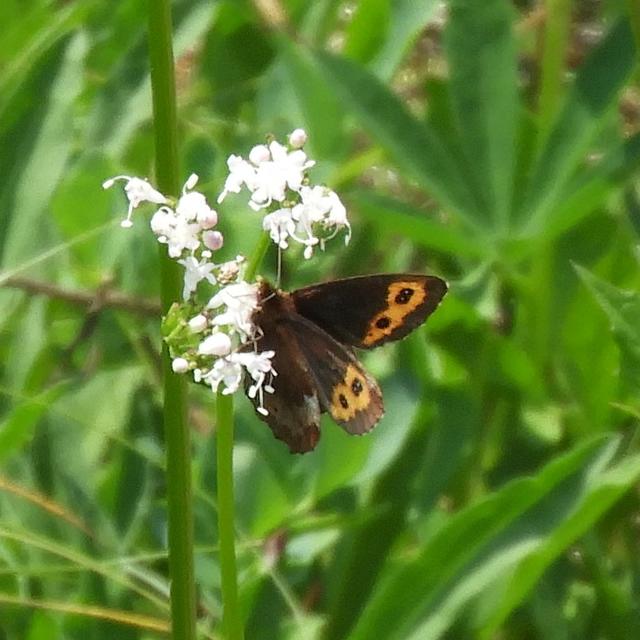 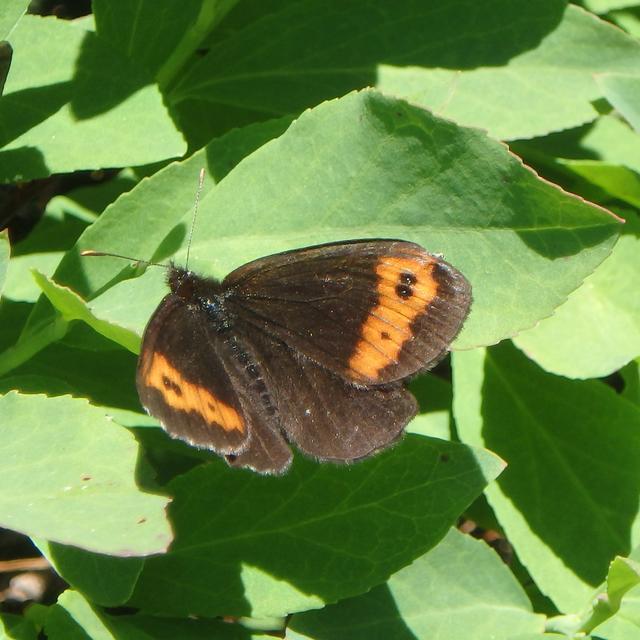 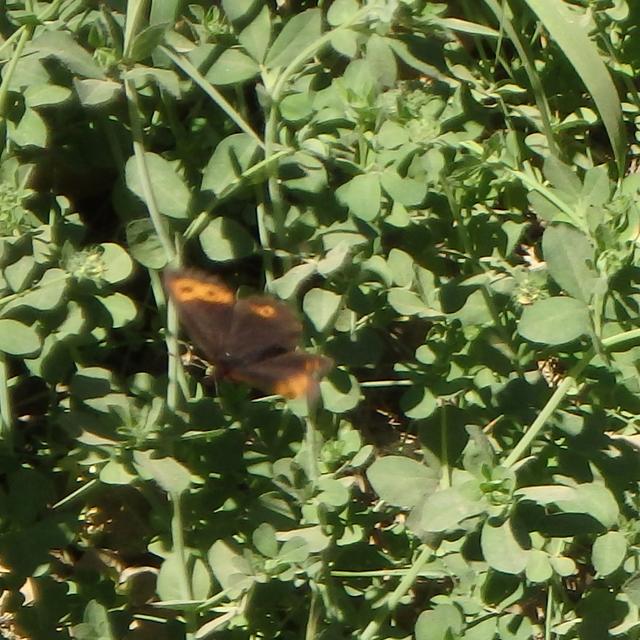 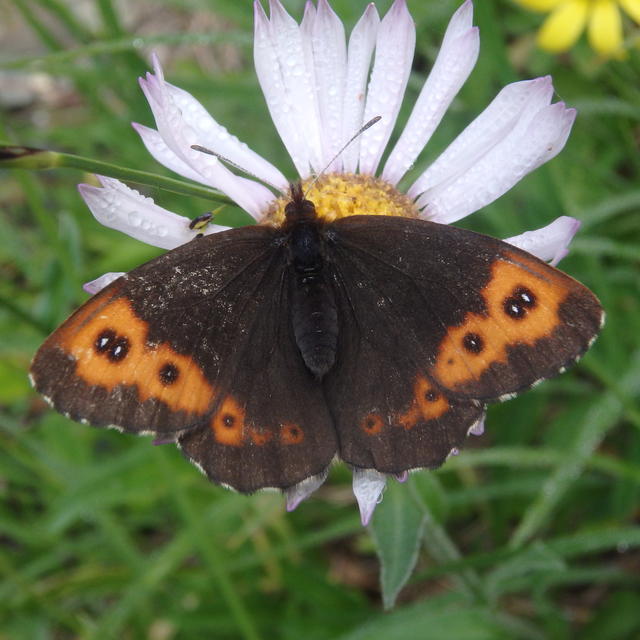 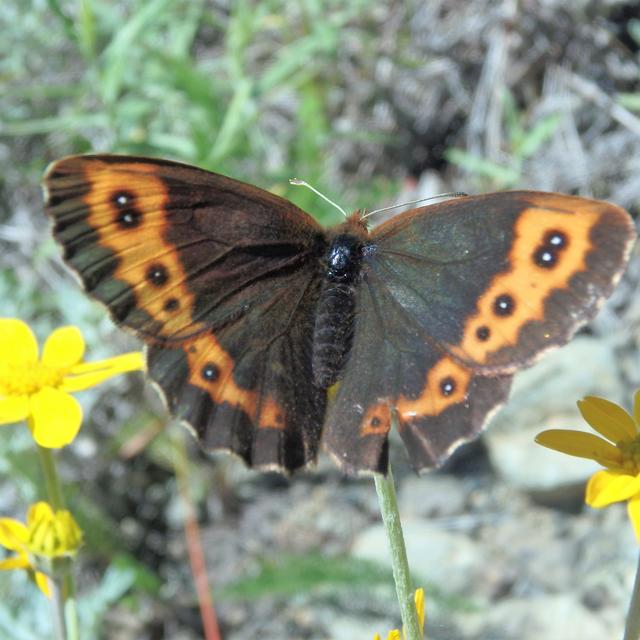 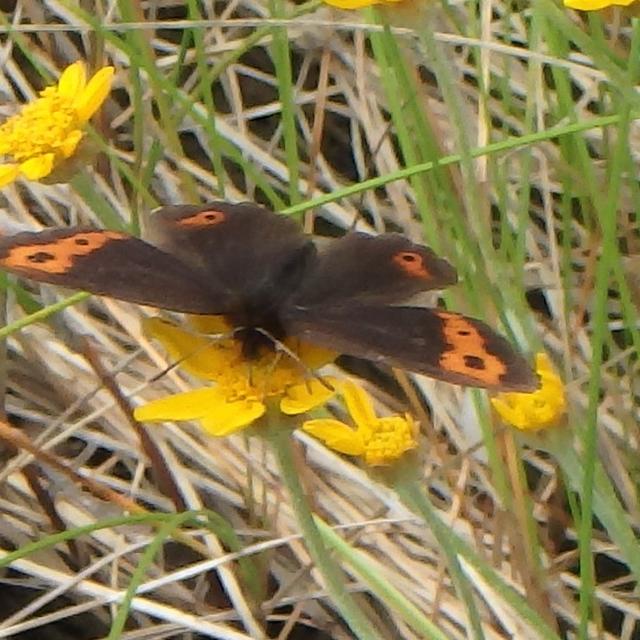 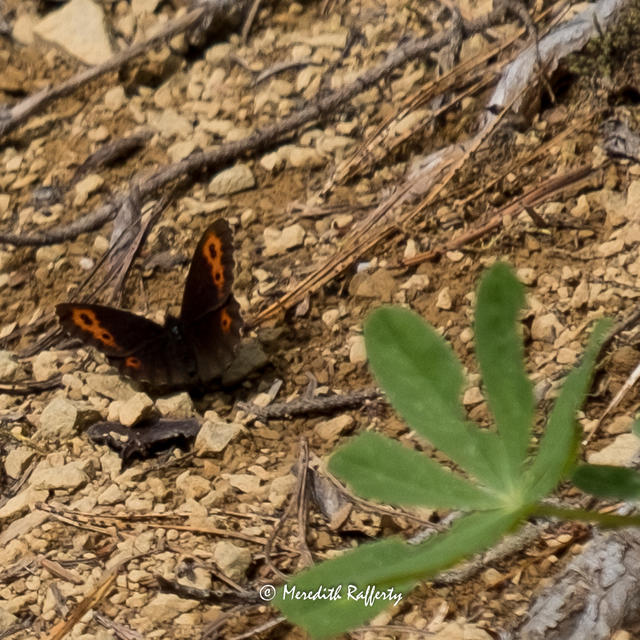 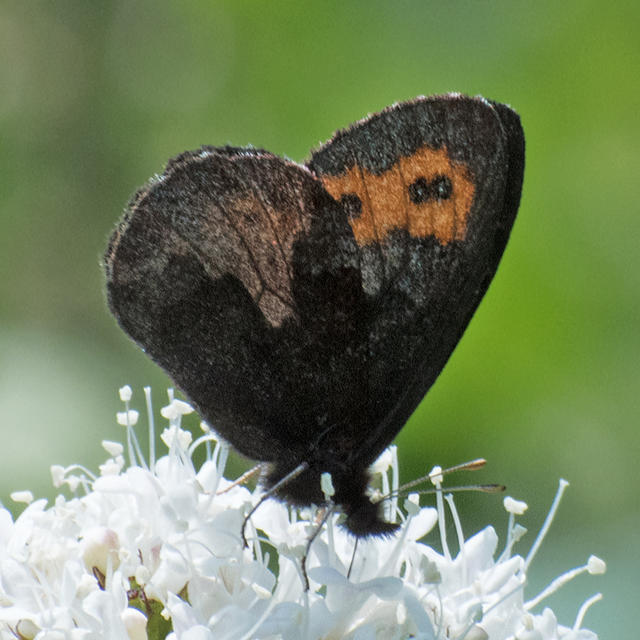 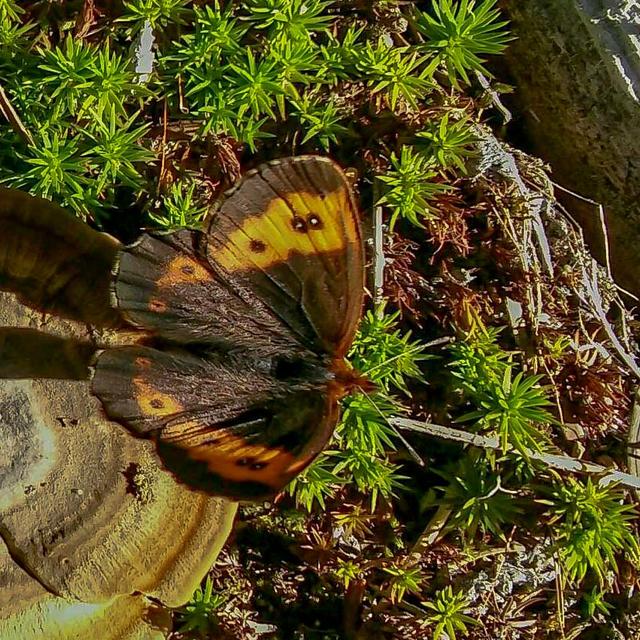 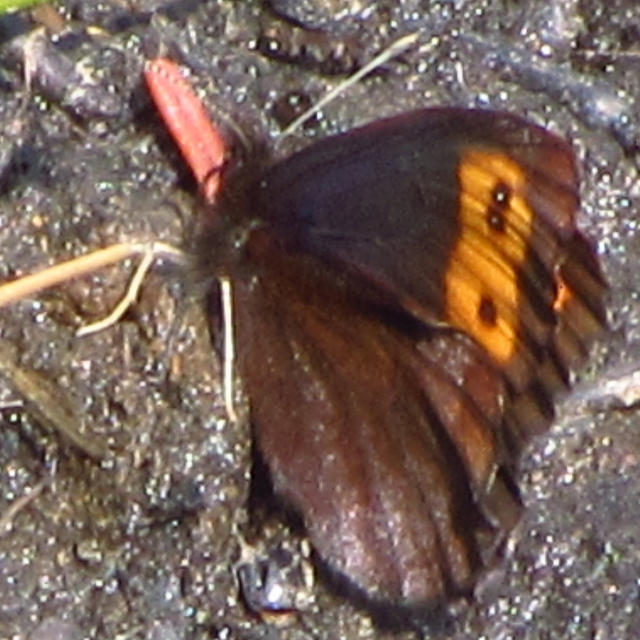 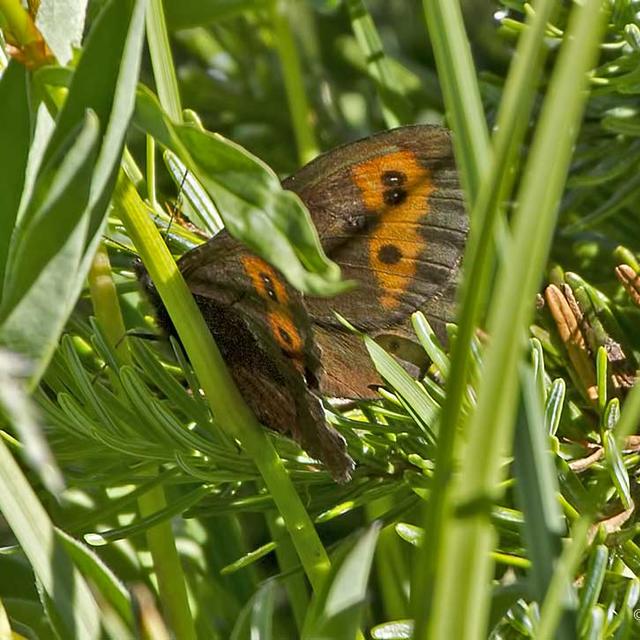 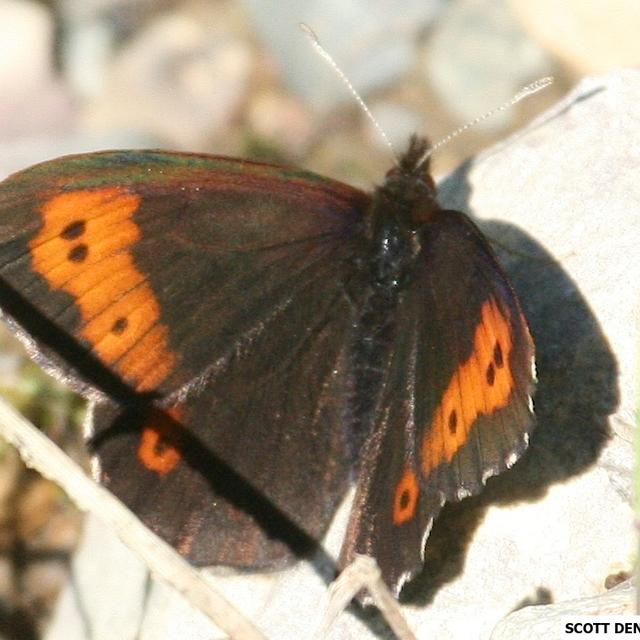 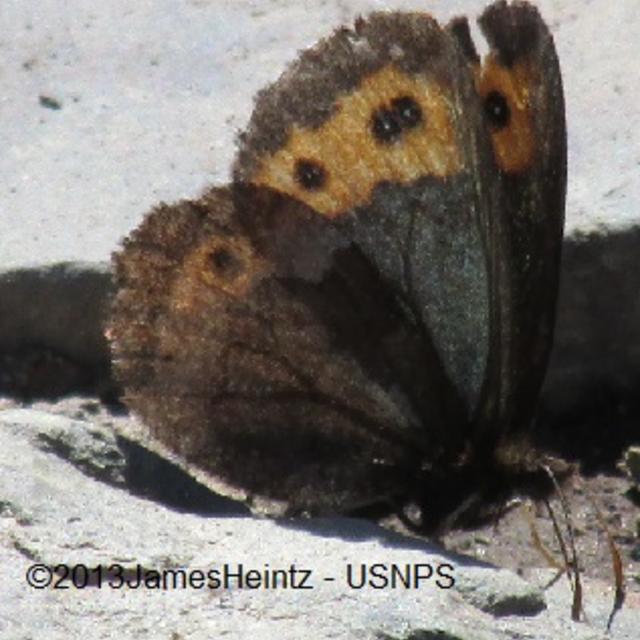 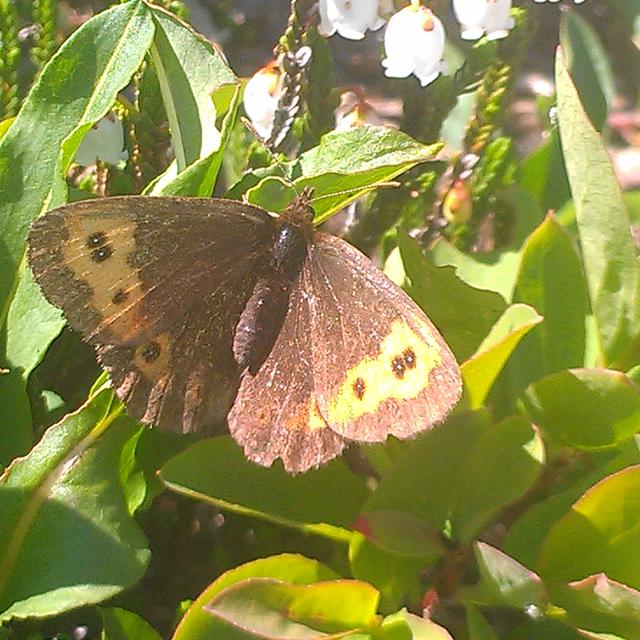 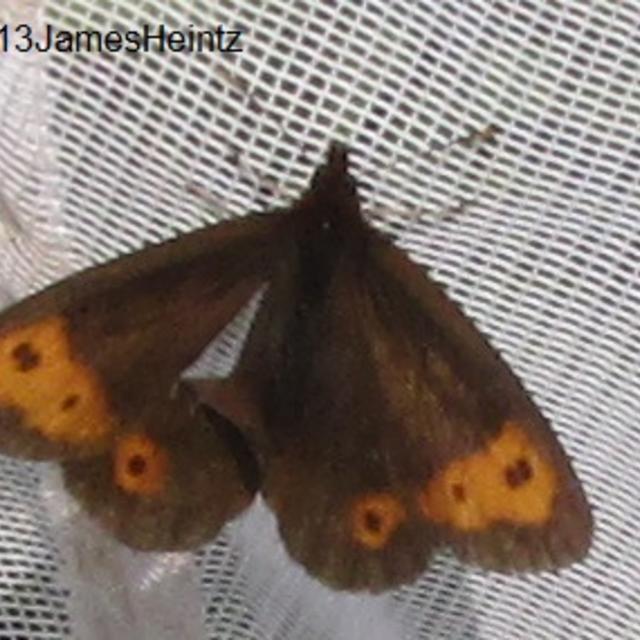