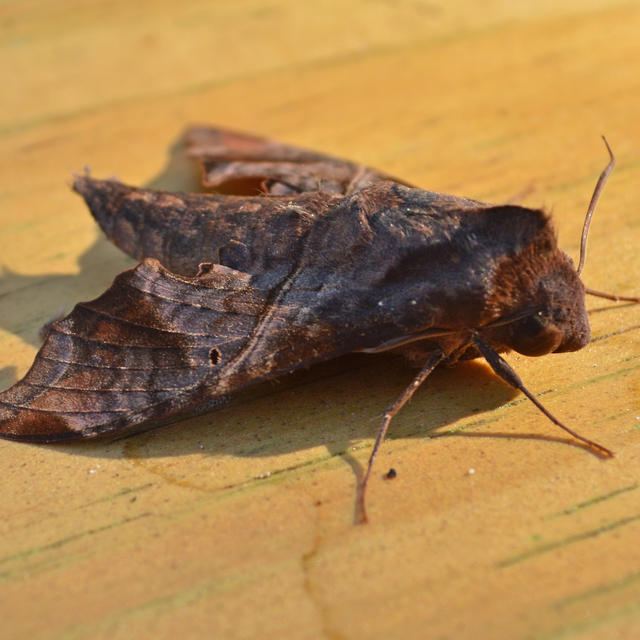 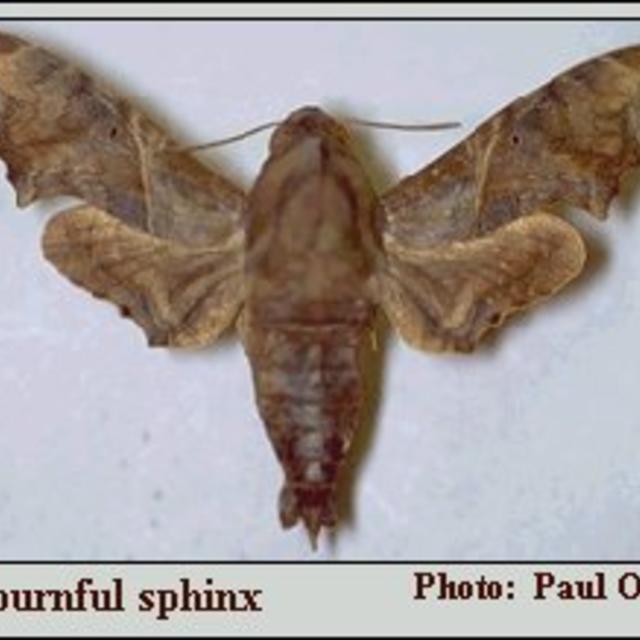 Family: Sphingidae
Subfamily: Macroglossinae
Identification: Body and wings are dark brown. Forewing has a large black patch covering most of the outer half of the wing, a pale tan cell spot, and a fairly straight median line to the inside of the cell spot.
Wing Span: 2 - 2 3/8 inches (5 - 6 cm).
Life History: Adults fly during the day, and make a whirring sound as they fly. Caterpillars pupate in loose cocoons in shallow underground burrows.
Flight: . All year in the tropics, south Florida, and Louisiana; August-November northward.
Caterpillar Hosts: Plants in the grape family (Vitaceae) including Vitus, Ampelopsis, and Cissus species.
Adult Food: Probably flower nectar.
Habitat: Not reported.
Range: Northern Argentina and Uruguay north through Central America, the West Indies, and Mexico to Arizona; east to Florida and north to South Carolina. Strays to Arkansas, Michigan, and New York.
Conservation: Not usually required.
NCGR: G5 - Demonstrably secure globally, though it may be quite rare in parts of its range, especially at the periphery.
Management Needs: None reported.
Comments: NULL 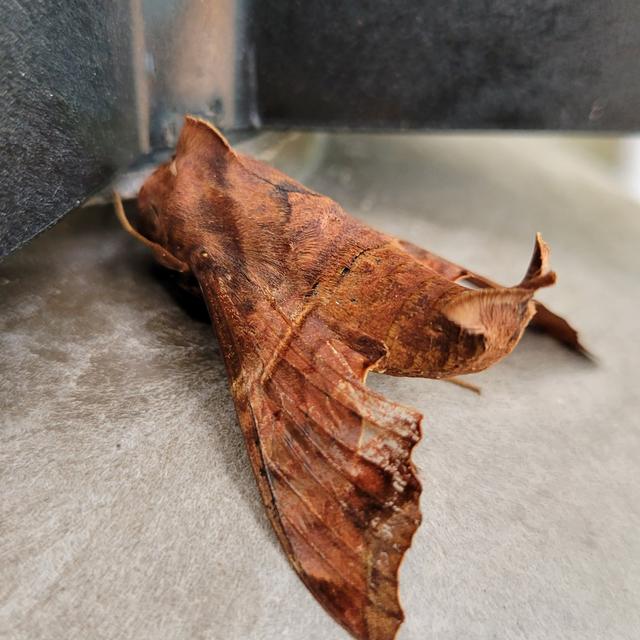 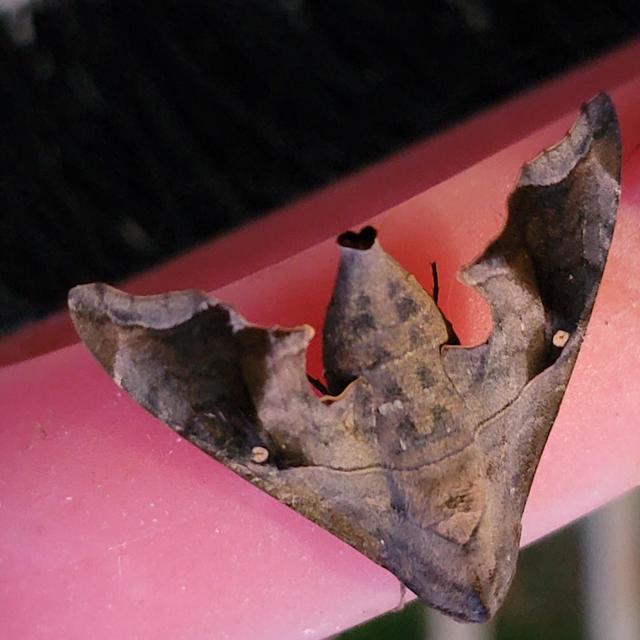 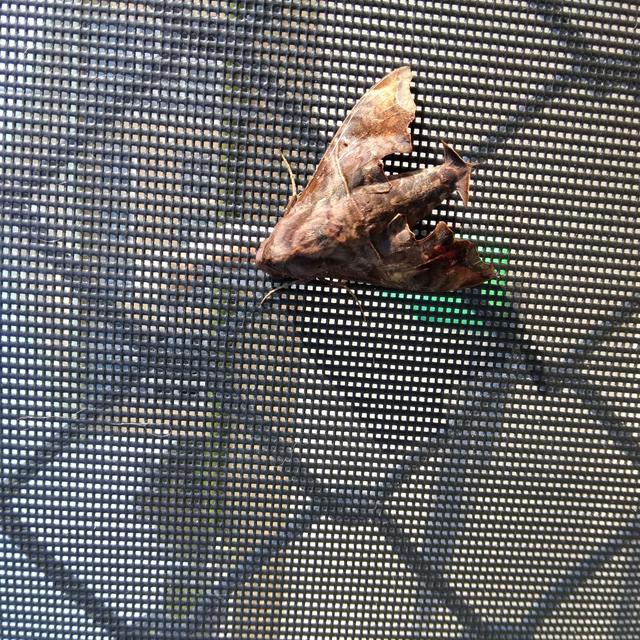 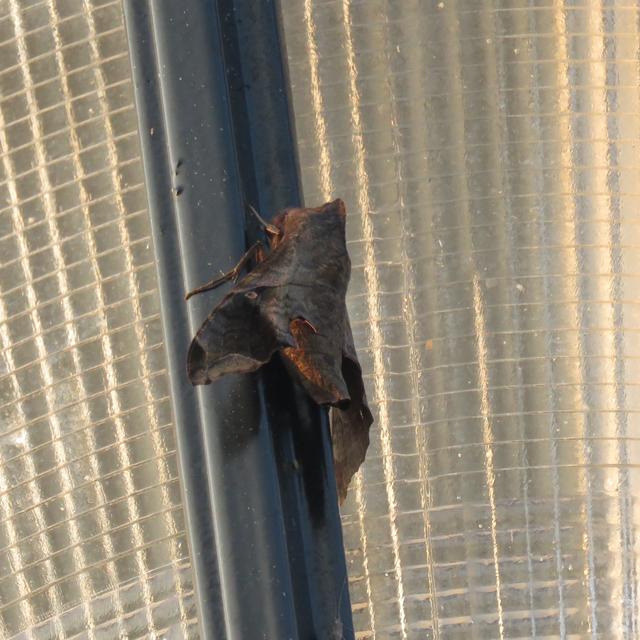 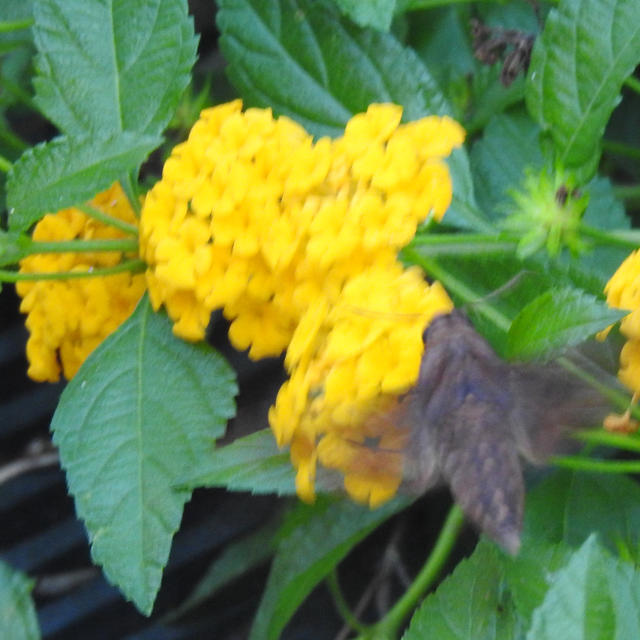