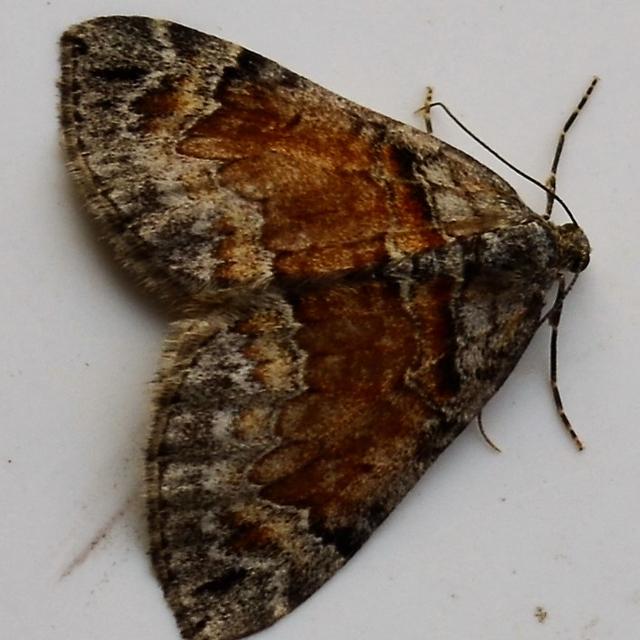 Family: Geometridae
Subfamily: Lymantriinae
Identification: dult [gray form]: forewing pale brownish-gray with darker gray median area; basal area with fairly straight dark gray band beginning at inner margin and stopping short of the costa (the band is diffuse and does not extend to the AM line); AM and PM lines jagged, irregular; short black streak in median area is slightly closer to PM line than AM line; ST line broken in middle and consisting of a series of arcs filled with gray or brown; short black diagonal streak at apex Adult [orange form]: as above, except median area mostly brownish-orange, dark gray band in basal area edged with orange distally, and PM line with deep V-shaped cleft near costa There is also an intermediate form with a gray median area but brownish basal and subterminal areas; hindwing of all forms uniformly-colored but varying from pale yellowish-gray to almost white
Wing Span: 2.4-3.1 cm
Life History:
Flight: midsummer
Caterpillar Hosts: leaves of currant and gooseberry (Ribes spp.)
Adult Food:
Habitat:
Range: In Canada, reported from Newfoundland and New Brunswick in the east, and Saskatchwan to BC and Yukon in the west. Presumably occurs in adjacent areas of United States, including Alaska [records from the web come from New York, Utah, and California].
Conservation:
NCGR:
Management Needs:
Taxonomy Notes: None. 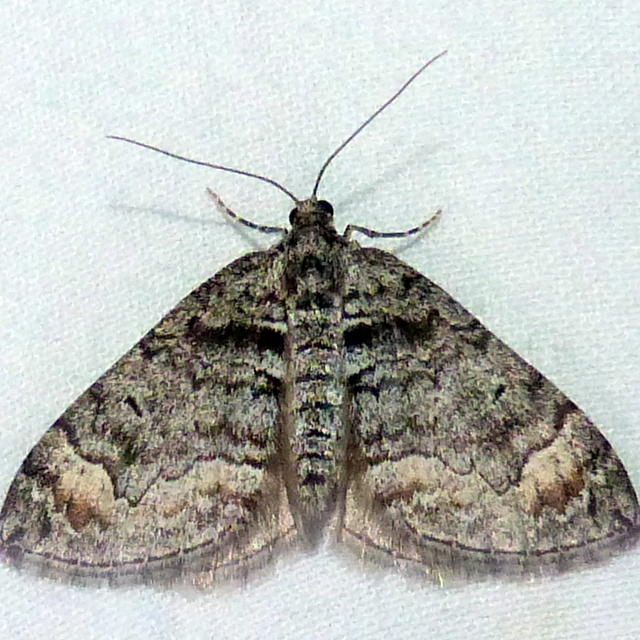 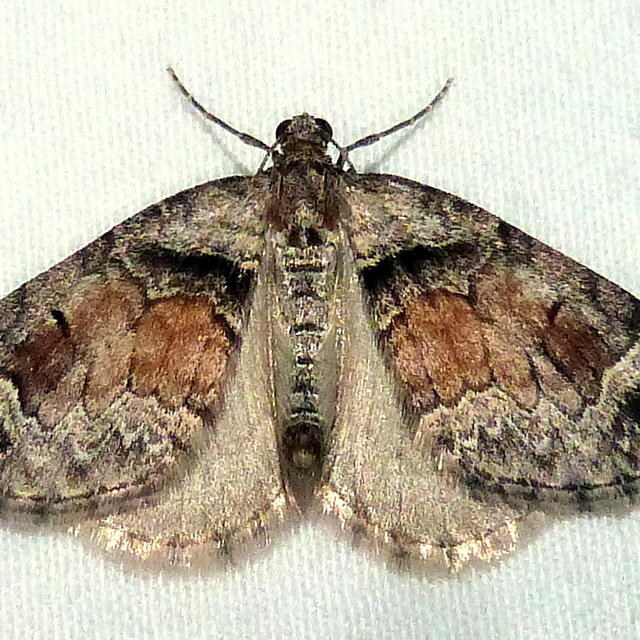 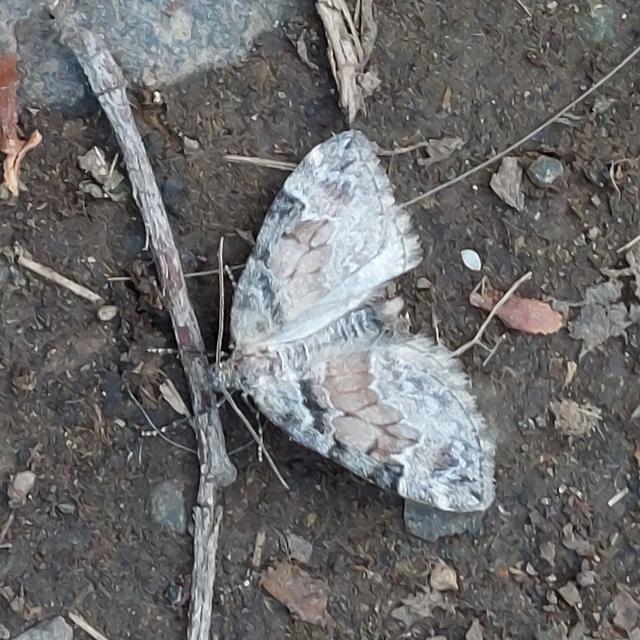 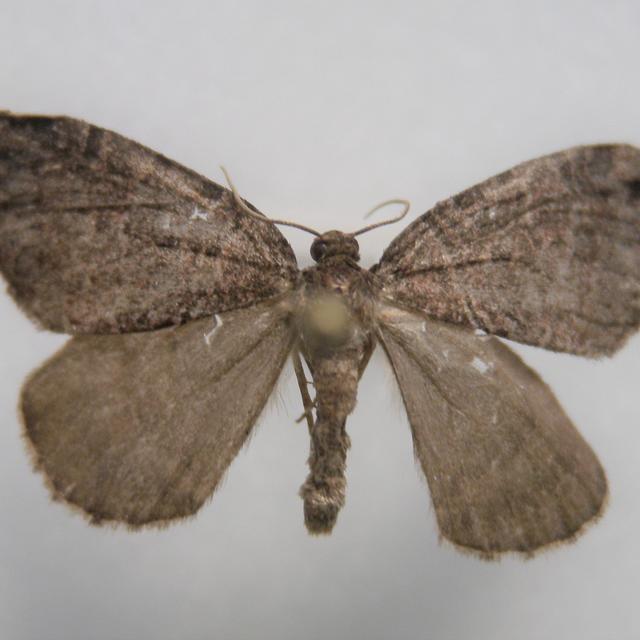 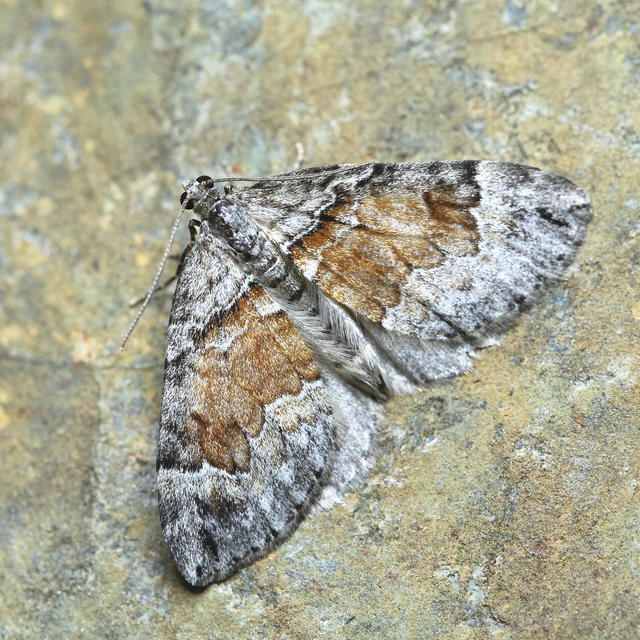 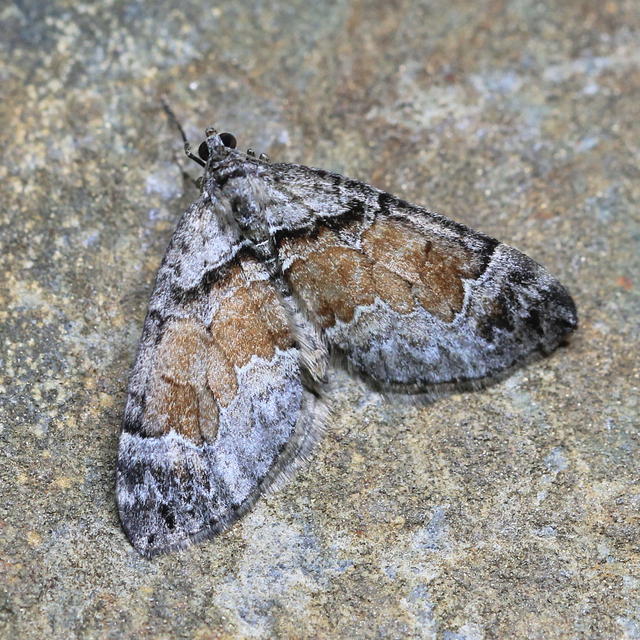 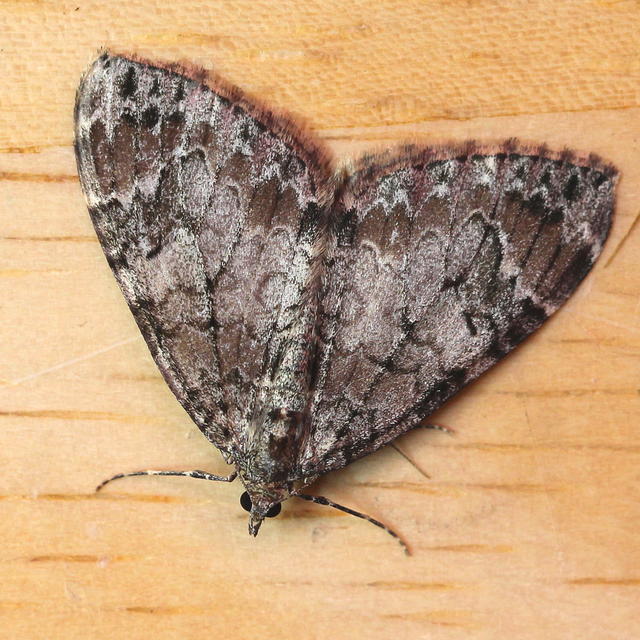