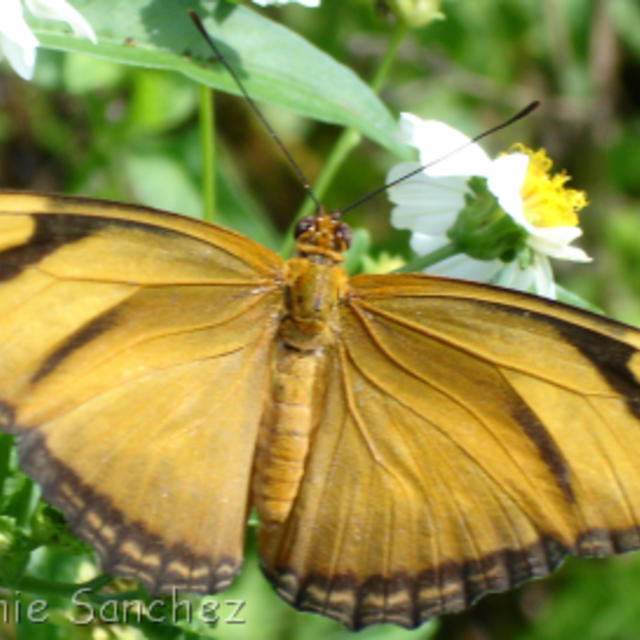 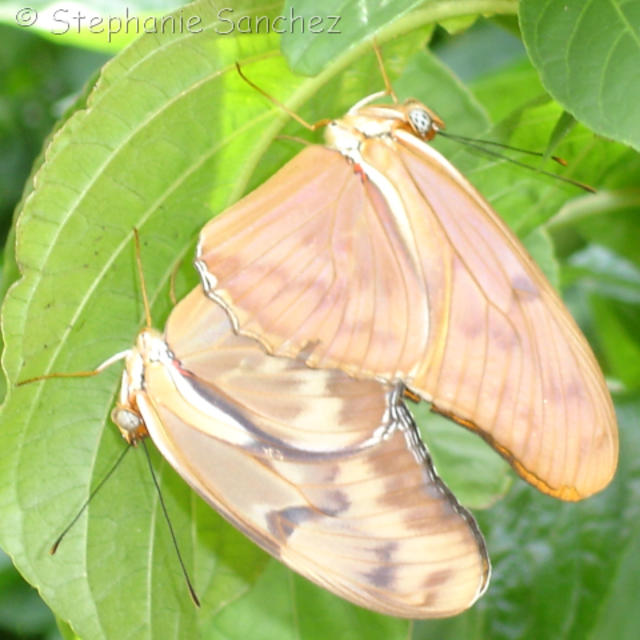 Family: Nymphalidae
Subfamily: Heliconiinae
Identification: Forewings elongate. Male bright orange above and below; upperside of hindwing with narrow black border on outer margin. Female duller orange, with more black markings above.
Wing Span: 3 1/4 - 3 5/8 inches (8.2 - 9.2 cm).
Life History: Males patrol all day for receptive females. Eggs are laid singly on new growth; caterpillars feed on leaves. Adults forage along a set route of nectar sources each day in a behavior known as "trap-lining".
Flight: Throughout the year in southern Florida and South Texas, strays to the north in summer.
Caterpillar Hosts: Passion-vines including Passiflora lutea in Texas.
Adult Food: Nectar from flowers including lantana and shepherd\'s needle; probably others.
Habitat: Subtropical hammock openings and edges, and nearby fields.
Range: Resident in Brazil north through Central America, Mexico, West Indies, peninsular Florida, and South Texas. Strays north to eastern Nebraska.
Conservation: Not usually required, but habitat in South Texas is limited.
NCGR: G5 - Demonstrably secure globally, though it may be quite rare in parts of its range, especially at the periphery.
Management Needs: None reported.
Comments: NULL