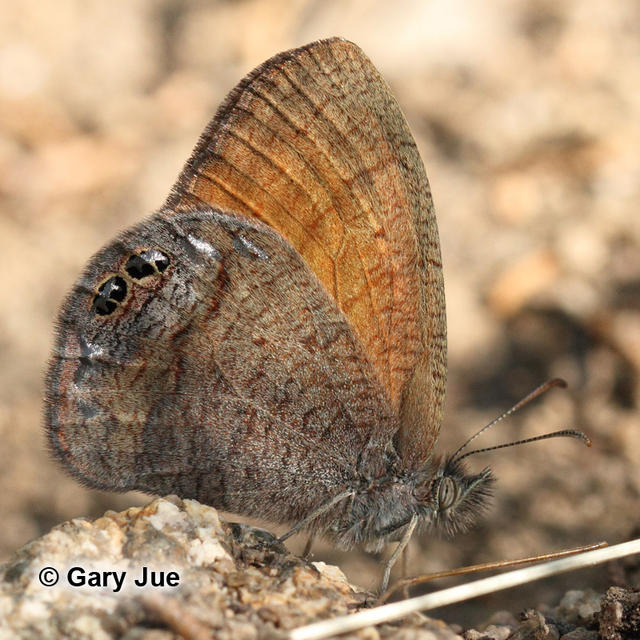 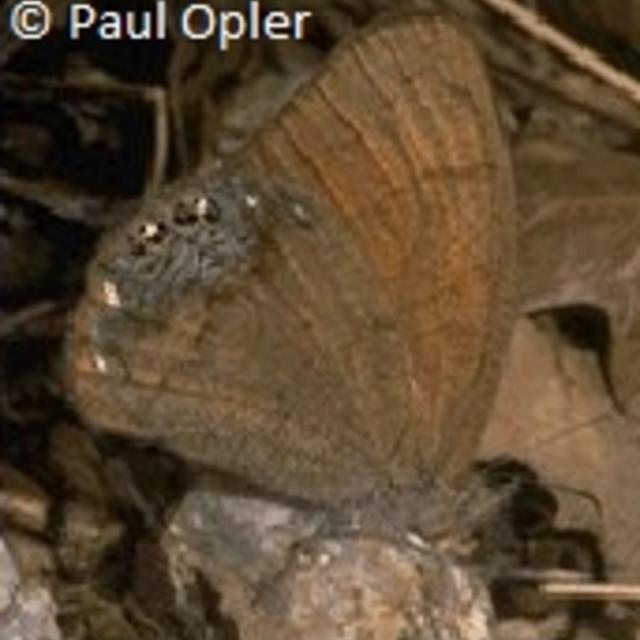 Family: Nymphalidae
Subfamily: Satyrinae
Identification: Upperside is reddish brown; females are redder than males. Upperside of male forewing has dark scales at the cell. Underside of hindwing has a dark postmedian line which curves toward the margin above the black spots, and then usually disappears.
Wing Span: 1 1/2 - 1 3/4 inches (3.8 - 4.5 cm).
Life History: Males patrol dry, shaded gulches to find females. Eggs are laid singly on or near the host plant; caterpillars eat leaves. Partially-grown caterpillars hibernate.
Flight: One flight from June-August in the north, several flights from May-October in the south.
Caterpillar Hosts: Grasses.
Adult Food: Adults almost never feed; they have been observed only rarely nectaring at flowers.
Habitat: Open pinyon-juniper and oak woodland, streamsides.
Range: Southern Mexico north to southwest Texas, southern New Mexico, southern Arizona, and southern Colorado.
Conservation: Not usually required.
NCGR: G5 - Demonstrably secure globally, though it may be quite rare in parts of its range, especially at the periphery.
Management Needs: None reported.
Comments: NULL 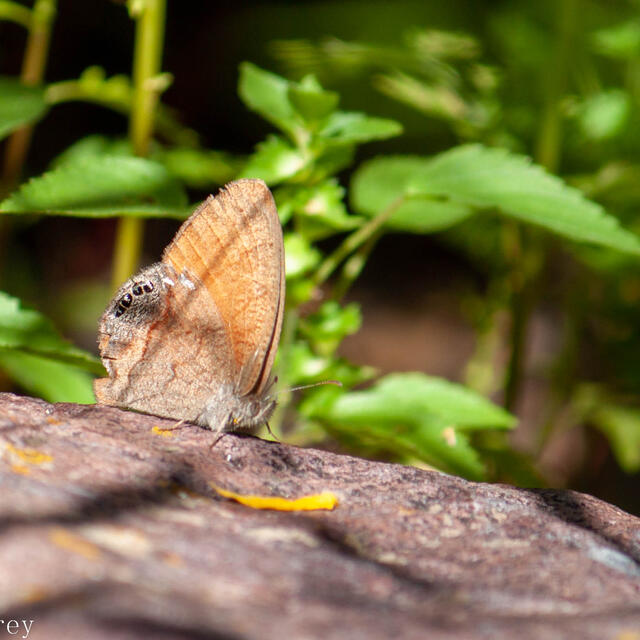 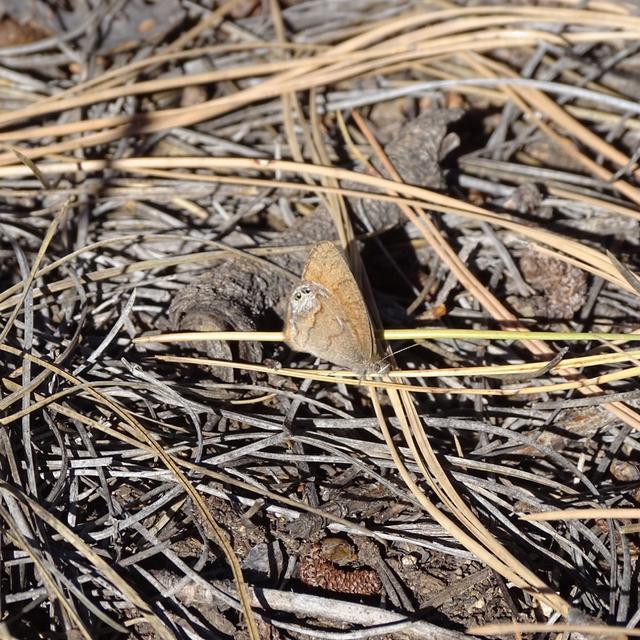 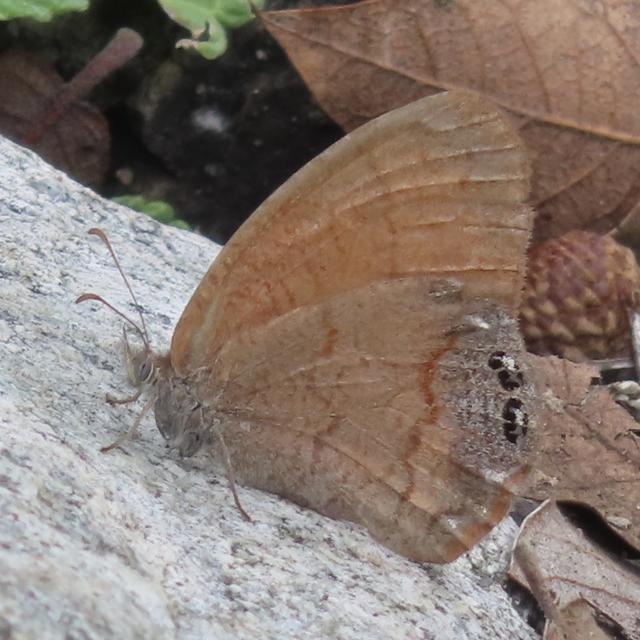 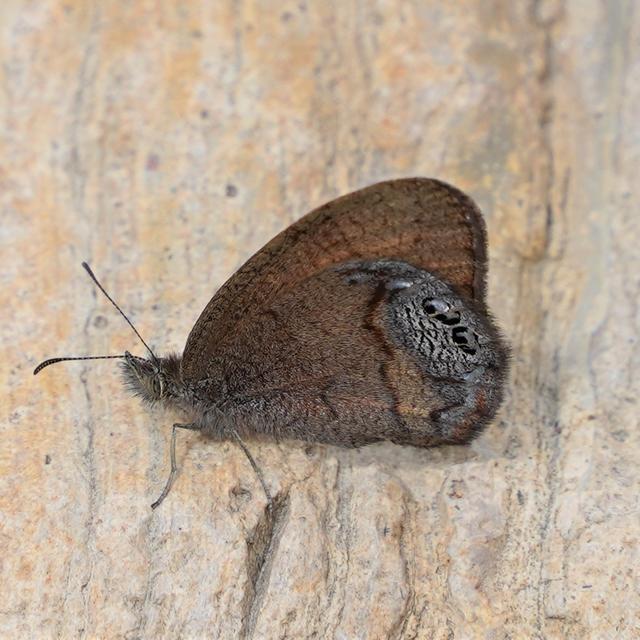 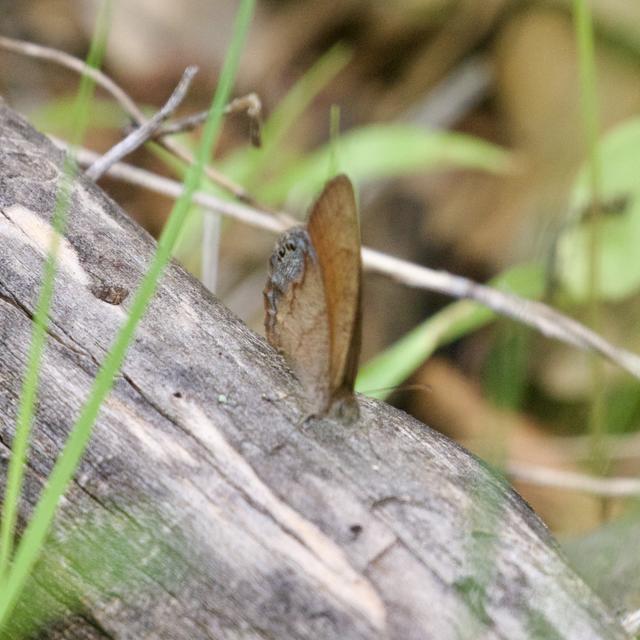 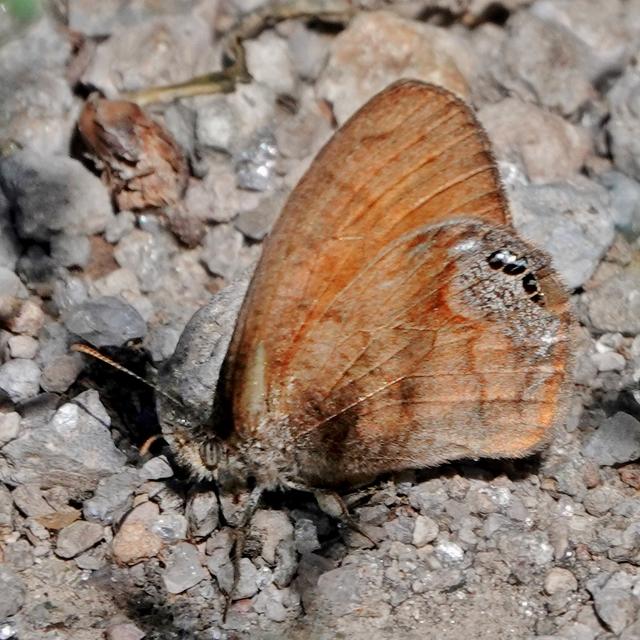 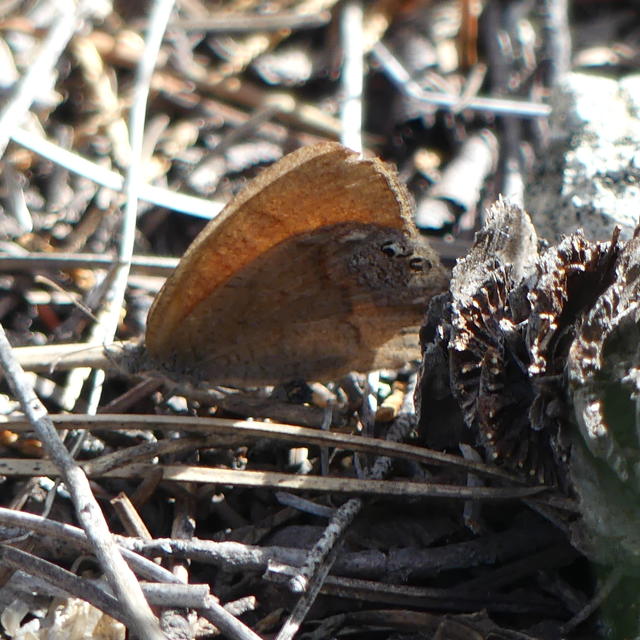 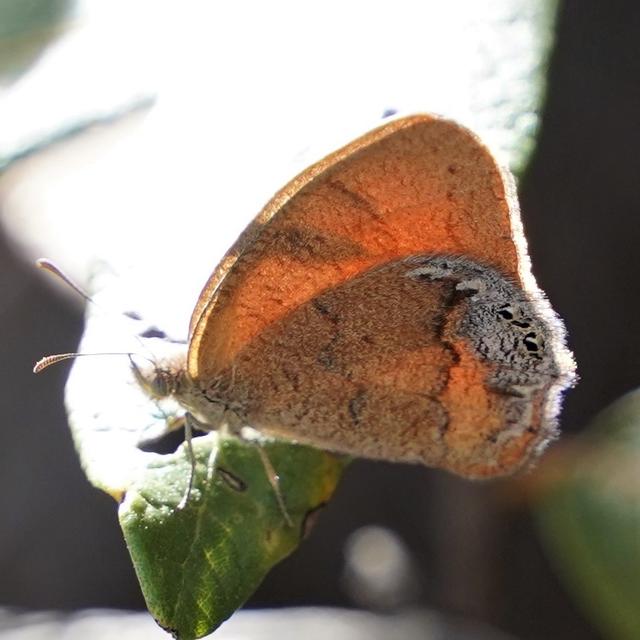 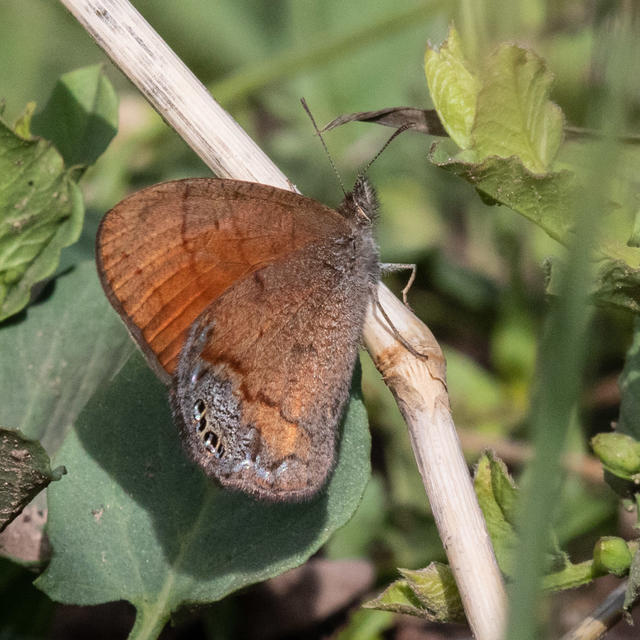 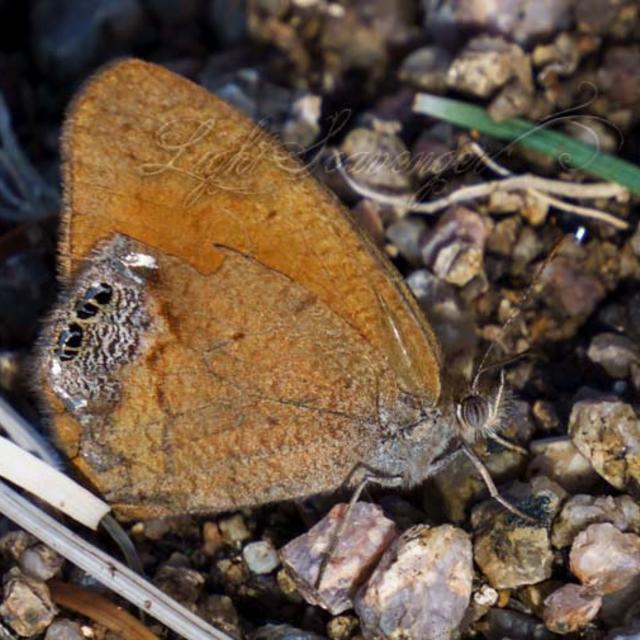 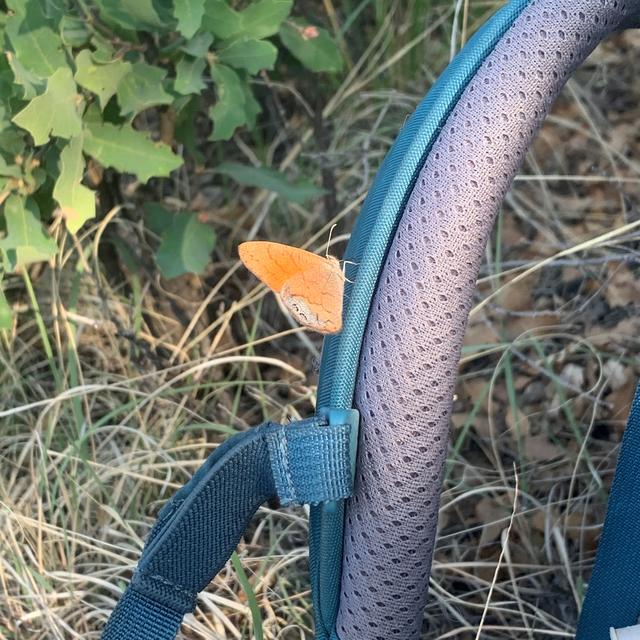 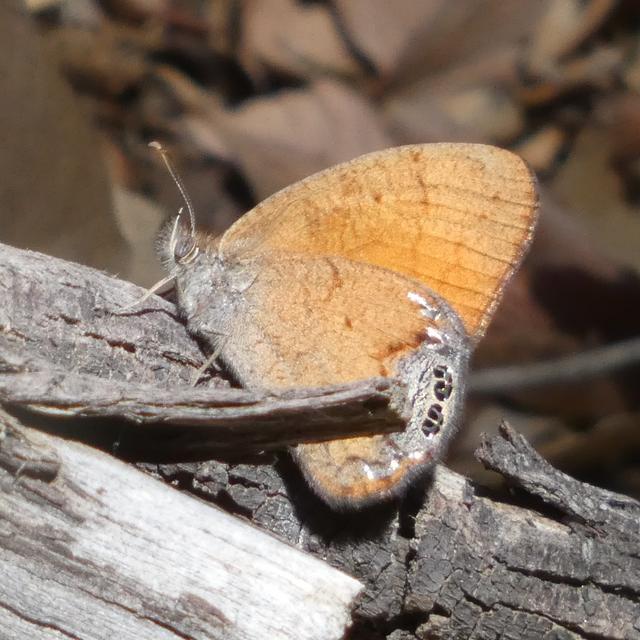 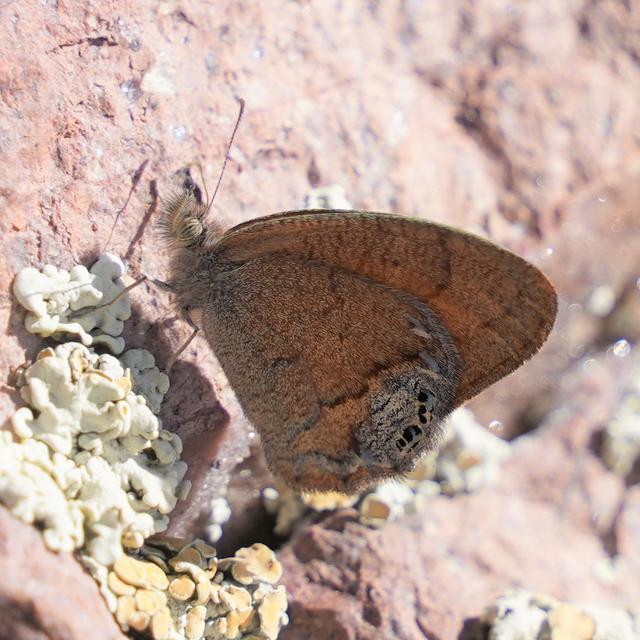 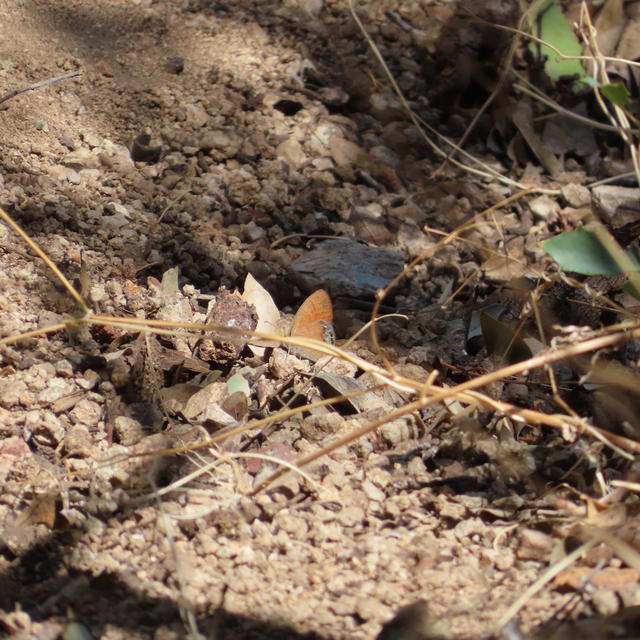 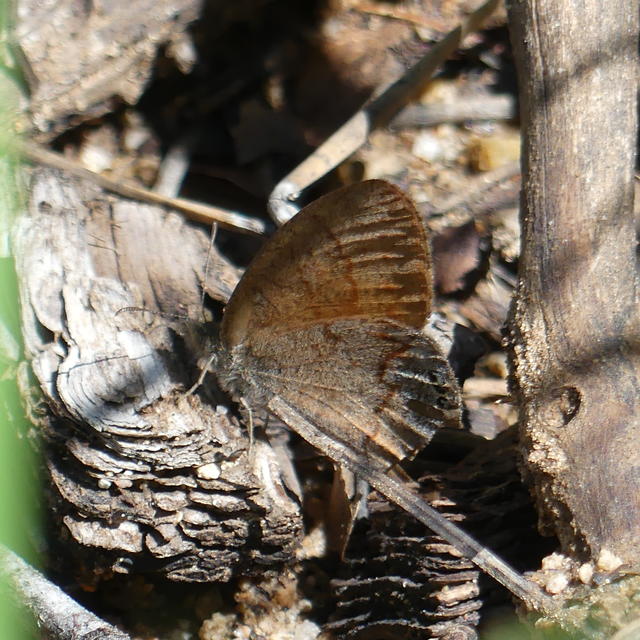 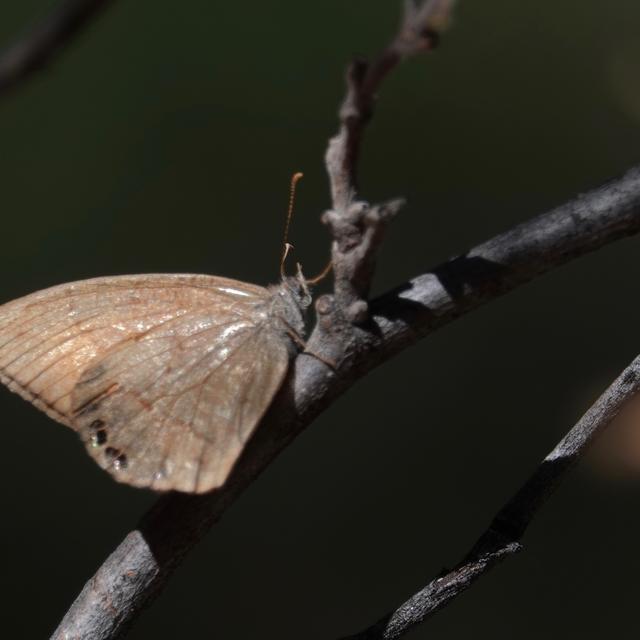 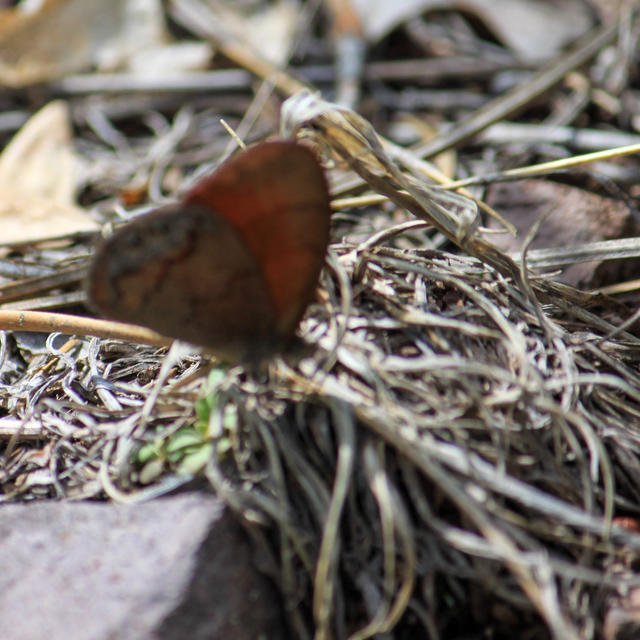 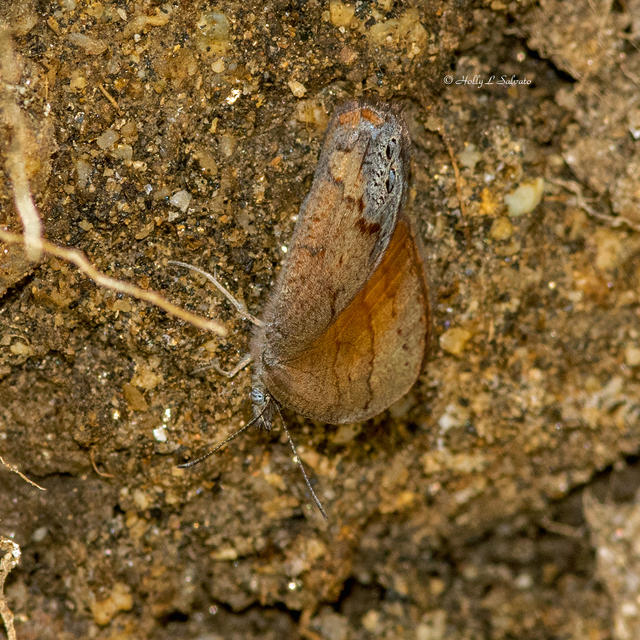 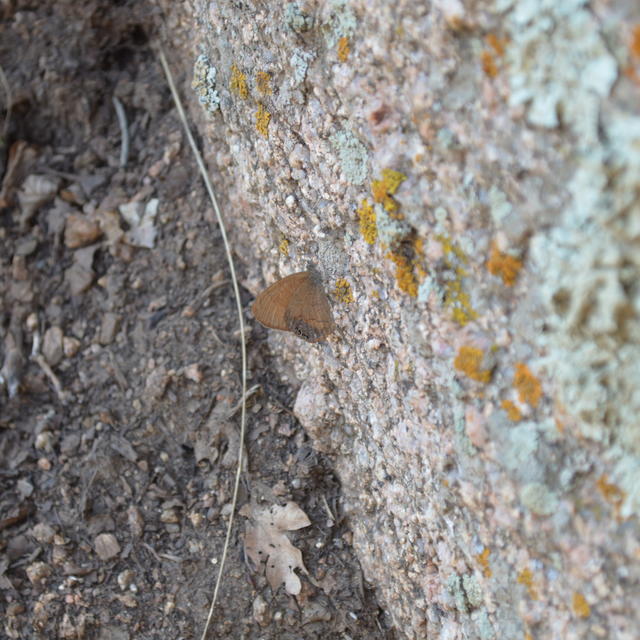 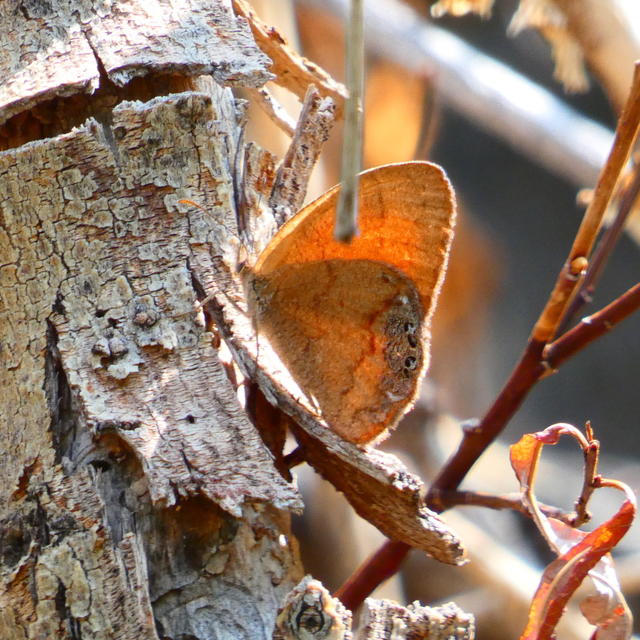 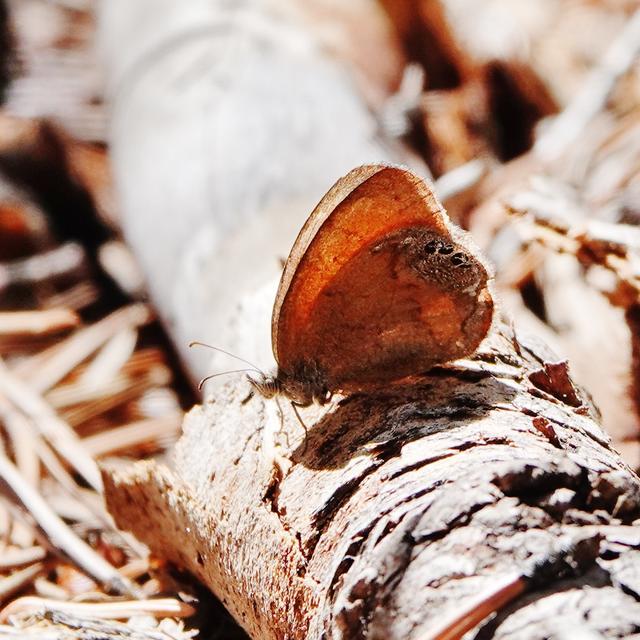 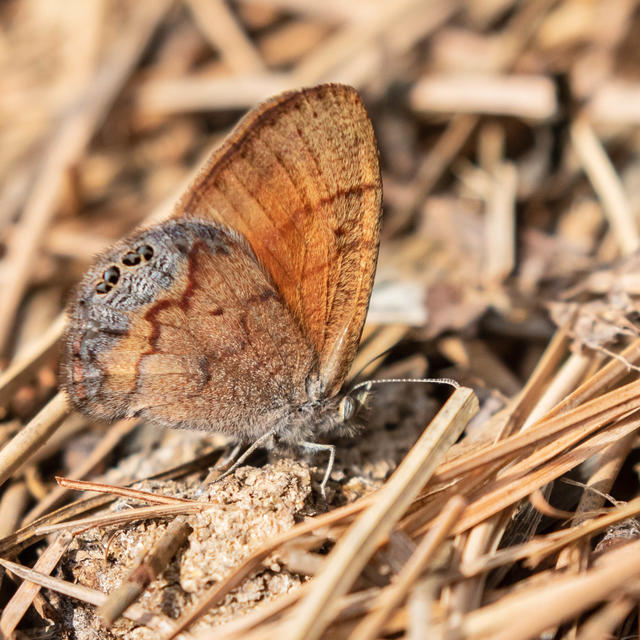 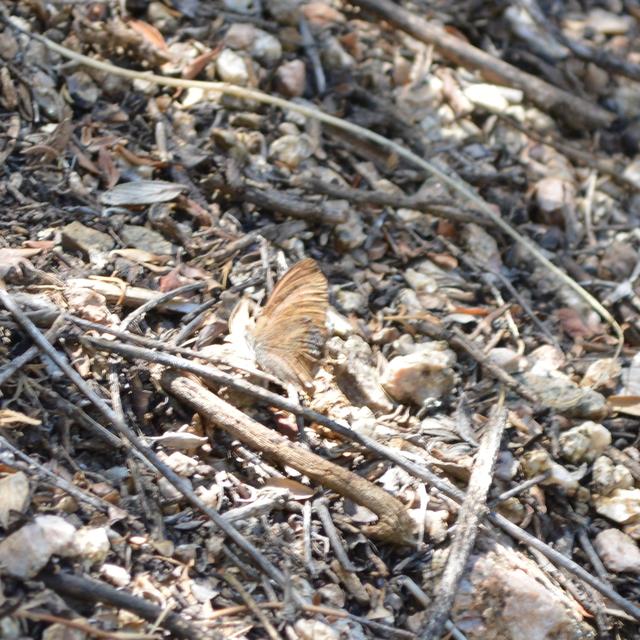 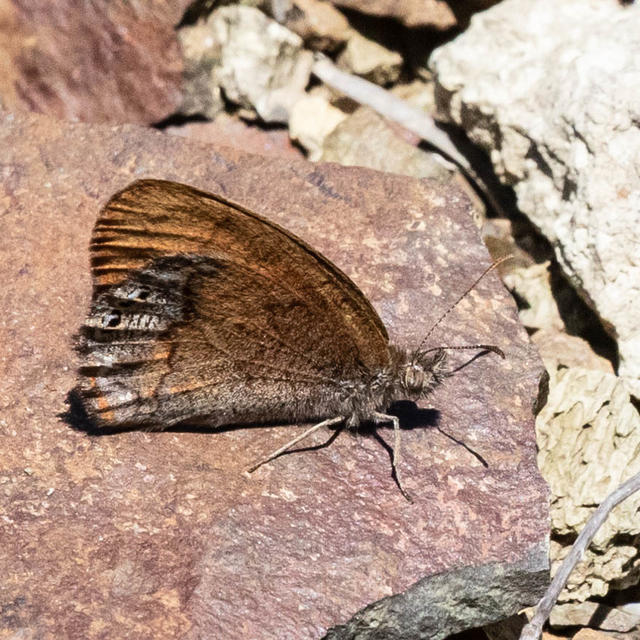