Family: Noctuidae
Subfamily: Condicinae
Identification: Fore wings uniform glistening blackish fuscous with all the lines obsolete except the subterminal, which is represented by a row of white dots, relieved by black scales. The seven white dots on the costa evident. A white spot in the place of the reniform on median vein. The fuscous fringes interrupted with dots alternating with the spots of the subterminal line. Hind wings fuscous with soiled veins and paler bases. Beneath the narrow terminal spaces on both wings gray, lighter and contrasting. On hind wings double lines, the inner dentate, a discal spot. Fore wings with double lines, the outer formed by contrast of color with the pale terminal space; no discal spot. Thorax concolorous with primaries. The reniform above the white spot on fore wings can be faintly perceived marked by detached black and white marks.
Wing Span: 3.2 cm
Life History:
Flight:
Caterpillar Hosts: Unknown
Adult Food:
Habitat:
Range: southern Oregon and northern California to Colorado and southwest to Arizona; recorded in western and southern Texas.
Conservation:
NCGR:
Management Needs:
Comments:
Taxonomy Notes: None. 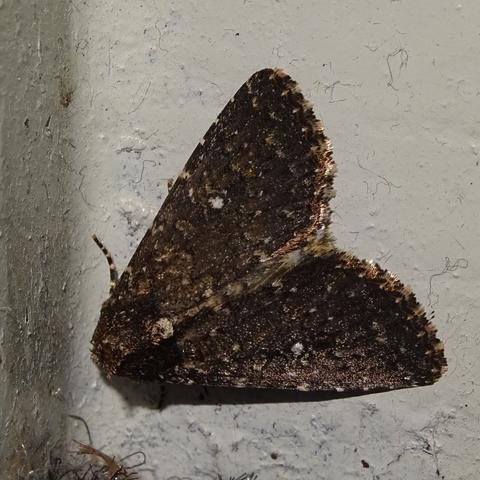 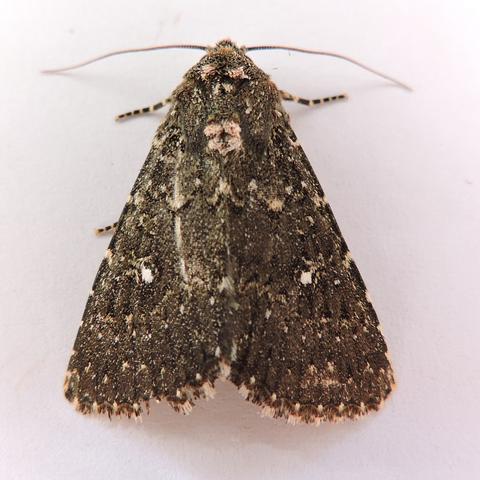