Family: Erebidae
Subfamily: Erebinae
Identification: Forewings are dark with a gritty appearance. Markings are generally indistinct. Dark reniform spot is large and am and pm lines are hard to spot. The subterminal line is inwardly lined with light scales. Hindwing fringe is white, checked halfway to the outer edge with black, with a black line on each wing vein extending through the fringe. There is some orange bleeding at the apex. The black median line terminates well before the inner margin.
Wing Span: 6.5-6.8 cm
Life History:
Flight: late June to August.
Caterpillar Hosts: Juglans nigra, Populus, Salix
Adult Food:
Habitat:
Range: flies from British Columbia and Alberta (very rare) south through Washington and Oregon to California. It has also been reported in Idaho, Montana and Nevada.
Conservation:
NCGR:
Management Needs:
Comments: 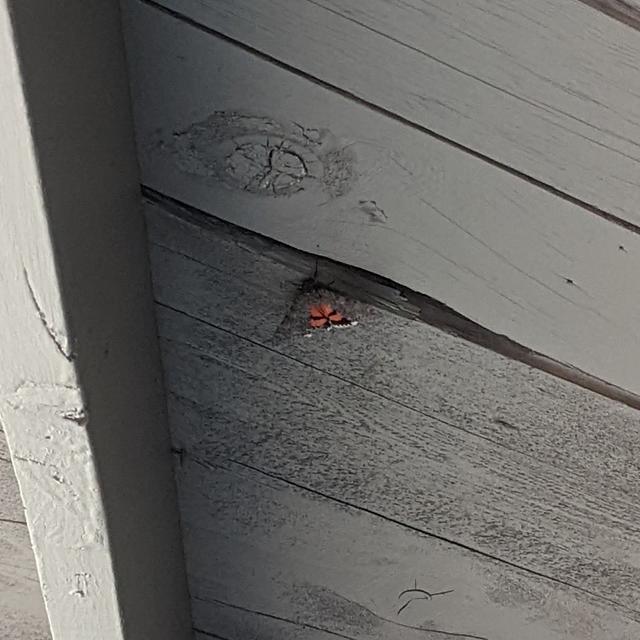 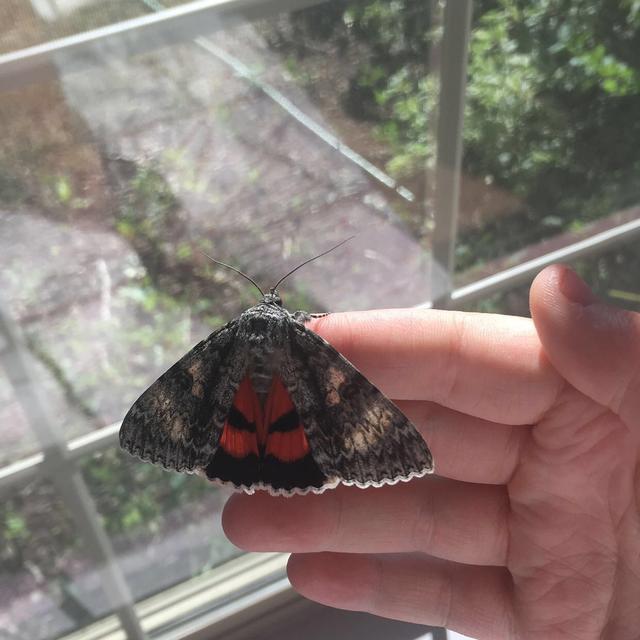 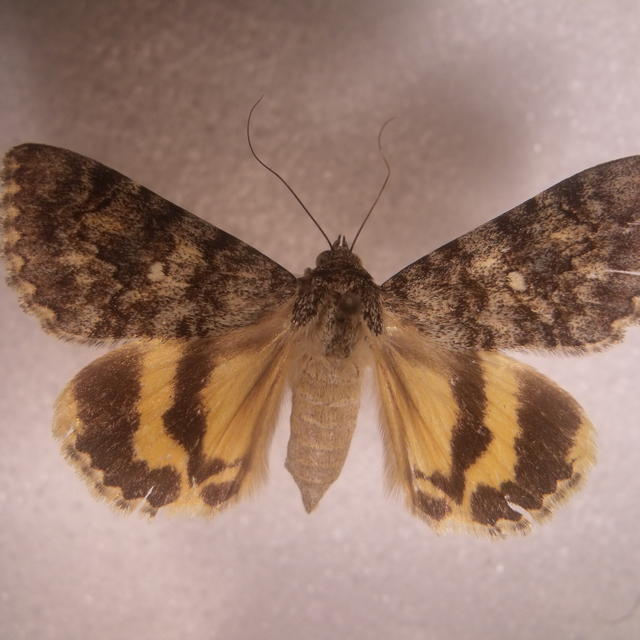 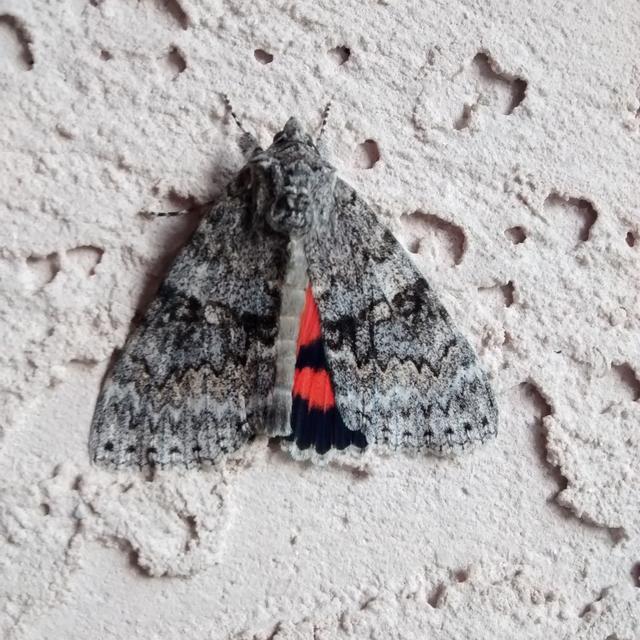 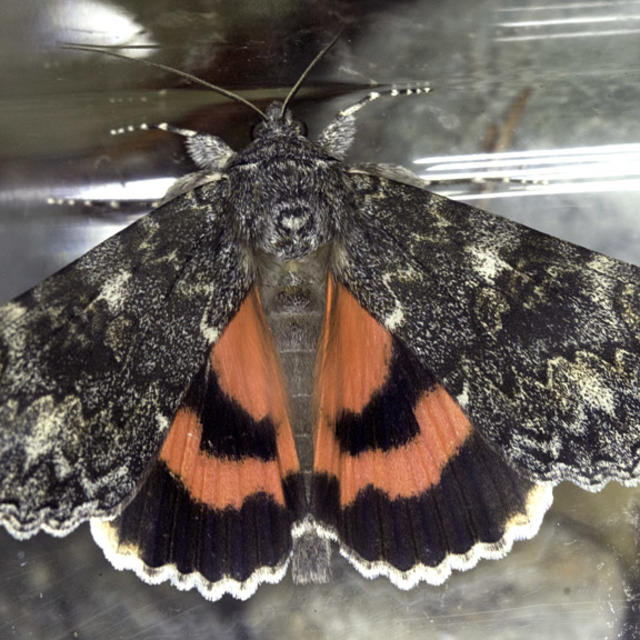