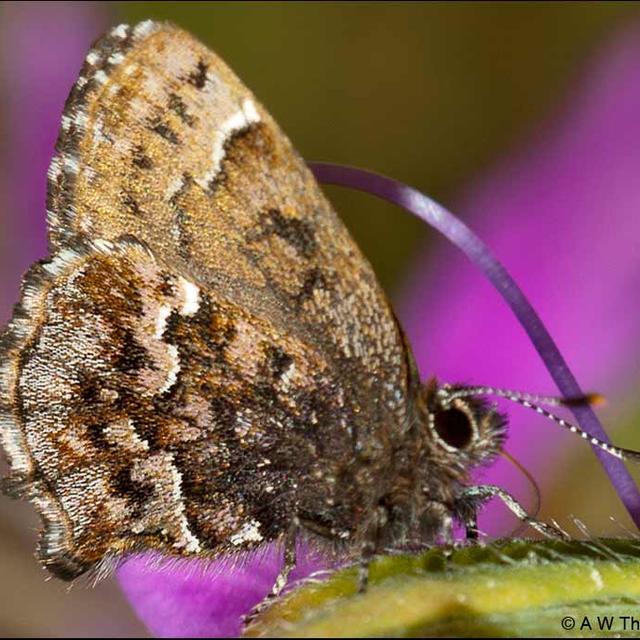 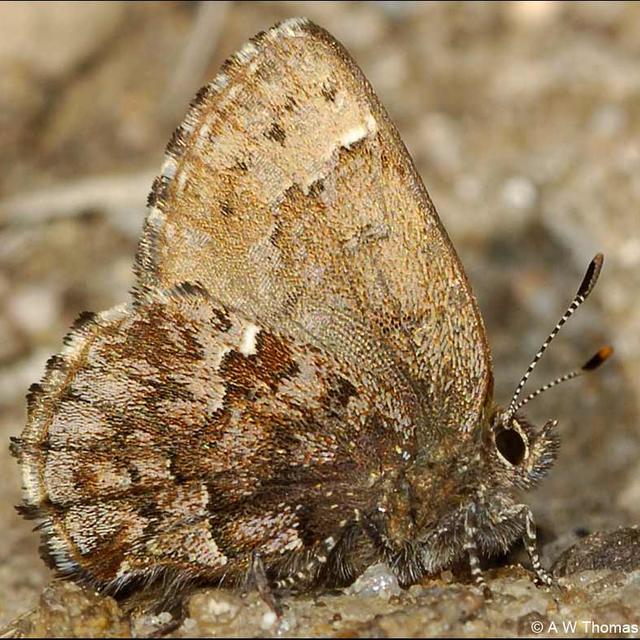 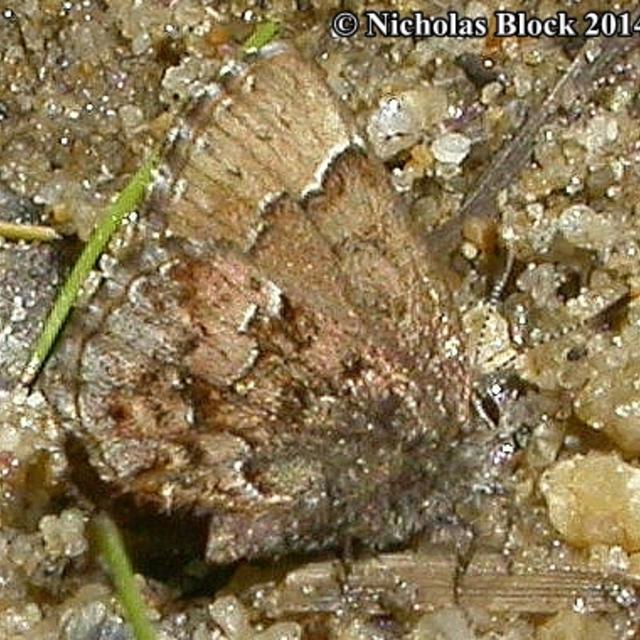 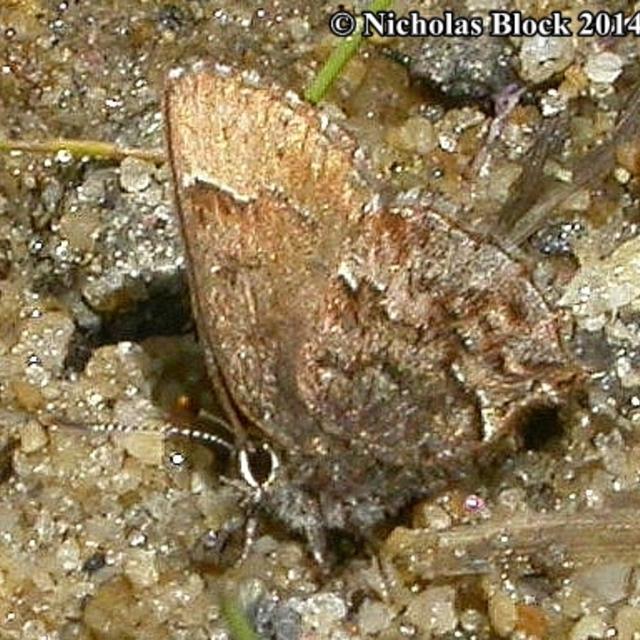 Family: Lycaenidae
Subfamily: Theclinae
Identification: Very small; tailless. Upperside of females brown; males have more orange. Underside of hindwing has a reduced or obscure pattern and the outer margin is frosted with gray.
Wing Span: 7/8 - 15/16 inch (2.2 - 2.4 cm).
Life History: Adults fly around the treetops. In New Brunswick, adults fly low down and commonly alight on the ground. First-stage caterpillars bore into spruce needles and feed from the inside; older caterpillars eat needles from the outside.
Flight: One brood from mid-May to early June.
Caterpillar Hosts: Black spruce (Picea mariana).
Adult Food: Flower nectar.
Habitat: Black spruce-tamarack bogs. In southern New Brunswick wherever black spruce grows, including dry, sandy areas.
Range: Eastern New Hampshire through coastal Maine north to New Brunswick. Isolated populations in eastern Ontario, southern Quebec, and Nova Scotia.
Conservation: All populations should be conserved, but currently secure in southern New Brunswick.
NCGR: G3 - Very rare or local throughout its range or found locally in a restricted range (21 to 100 occurrences). Threatened in most of its range, though not threatened and regularly found when searched for in season in New Brunswick.
Management Needs: Maintain integrity of bog habitats.
Comments: updates added from NB coordinator Anthony W. Thomas in Feb 2011.