Family: Pyralidae
Subfamily: Phycitinae
Identification: The adult cactus moths are non-descript brownish-gray moths that can only be definitively identified by a microscopic examination of dissected male genitalia, although the native species differ from Cactoblastis in having a more plumose antenna. Mature larvae are predominantly red or orange, and this color is interrupted by dark banding or spots on the body.
Wing Span:
Life History: Adult females lay eggs on top of one another, forming an egg stick that resembles a cactus spine. Larvae feed by burrowing into a pad. Their activity can kill the host plant.
Flight: Three flights in the southeastern United States: late March - May, July - August, and late September - mid-November.
Caterpillar Hosts: Pricklypear cacti (Opuntia spp.)
Adult Food:
Habitat:
Range: Native to Argentina, now found in the southeastern United States.
Conservation:
NCGR:
Management Needs: Prevention of further spread of this invasive species is a high priority. For more information, contact the Cactus Moth Detection and Monitoring Network.
Comments: NULL 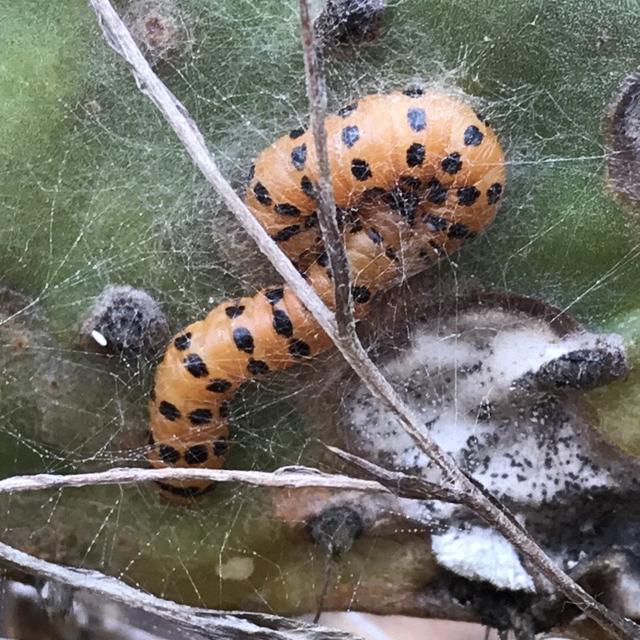 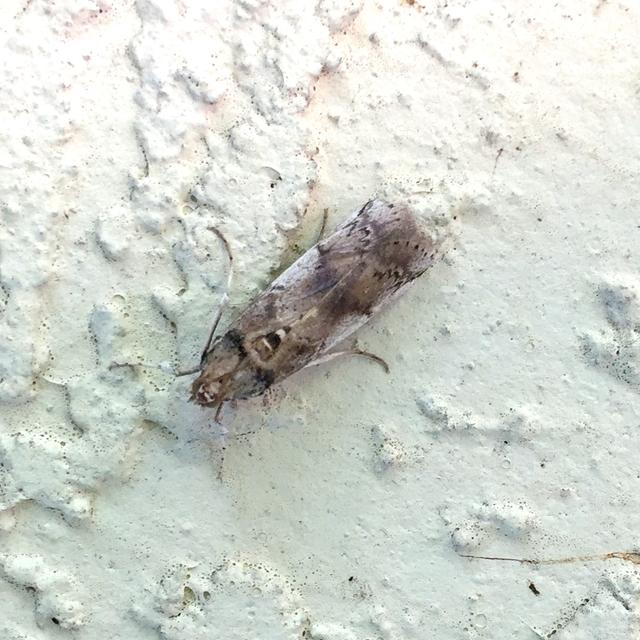 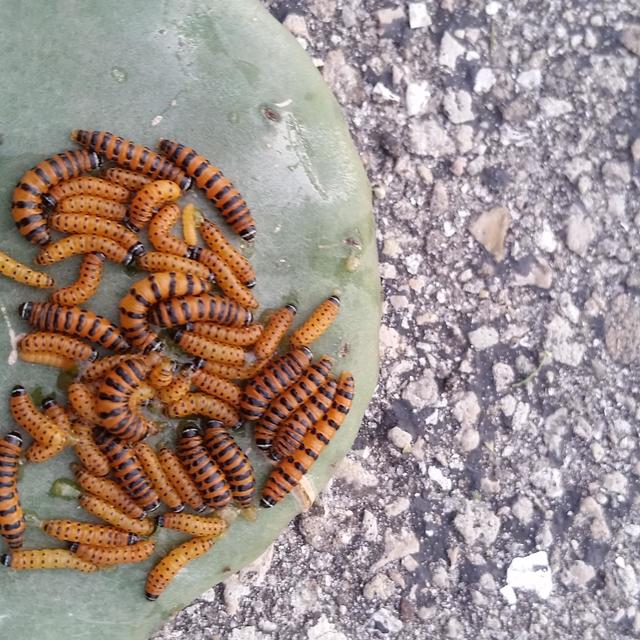 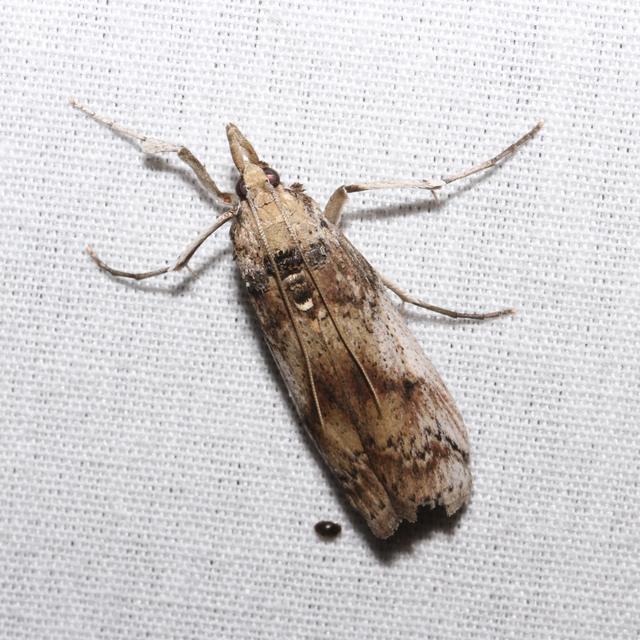 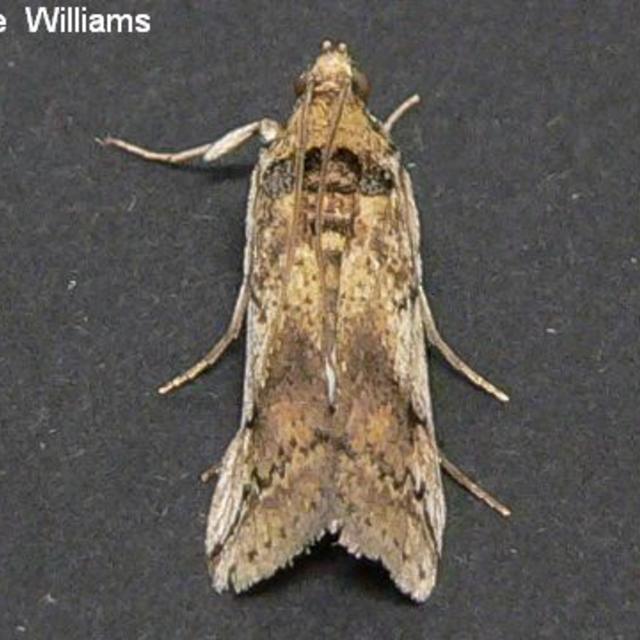