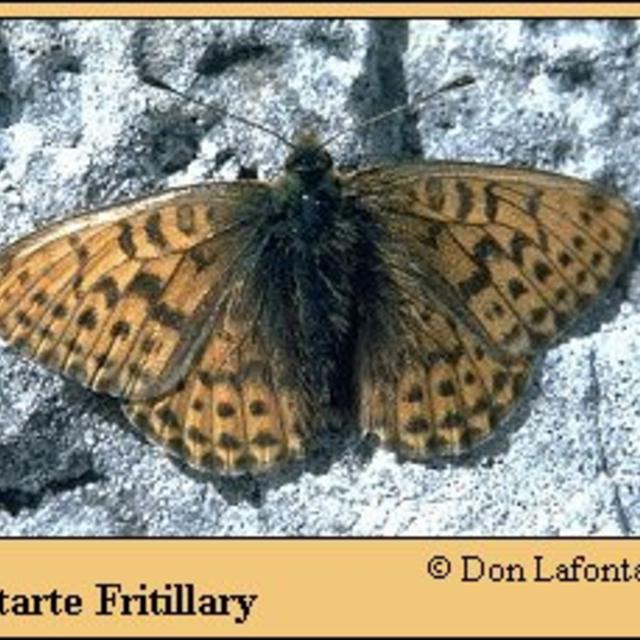 Family: Nymphalidae
Subfamily: Heliconiinae
Identification: Wings orange-brown; upperside with dark markings heaviest near base of wings; underside of hindwing with white median and postmedian bands; submarginal and postmedian rows of small black spots.
Wing Span: 1 5/8 - 2 inches (4.2 - 5.1 cm).
Life History: Males patrol for females with a fast flight close to the ground, near host plants. Females lay eggs on or near the host plant.
Flight: One flight from June-August.
Caterpillar Hosts: Spotted saxifrage (Saxifraga bronchialis).
Adult Food: Flower nectar.
Habitat: Windswept, barren, alpine and arctic ridges.
Range: Very uncommon. Western mountains from Alaska and Yukon south through British Columbia and Alberta to northern Washington and northern Montana.
Conservation: Populations in the contiguous United States are very limited and all should be conserved.
NCGR: G5 - Demonstrably secure globally, though it may be quite rare in parts of its range, especially at the periphery.
Management Needs: None reported.
Comments: NULL