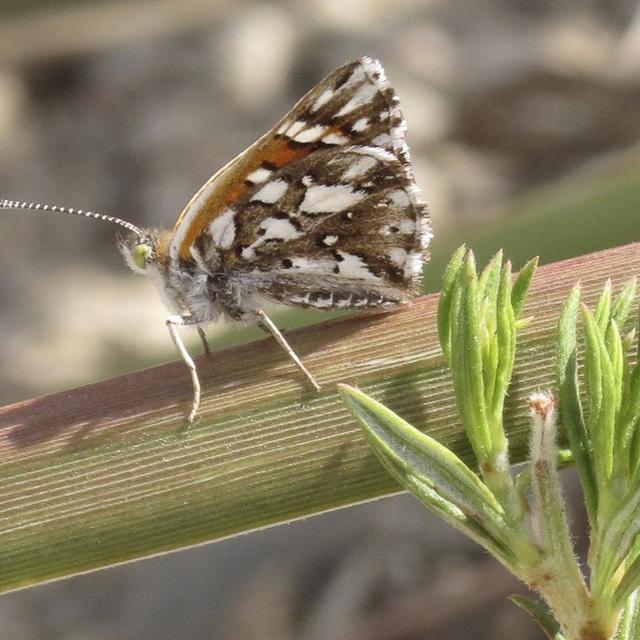 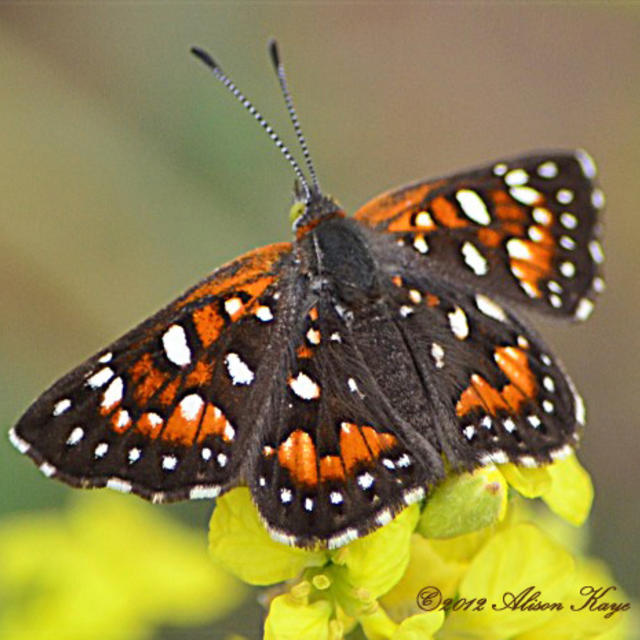 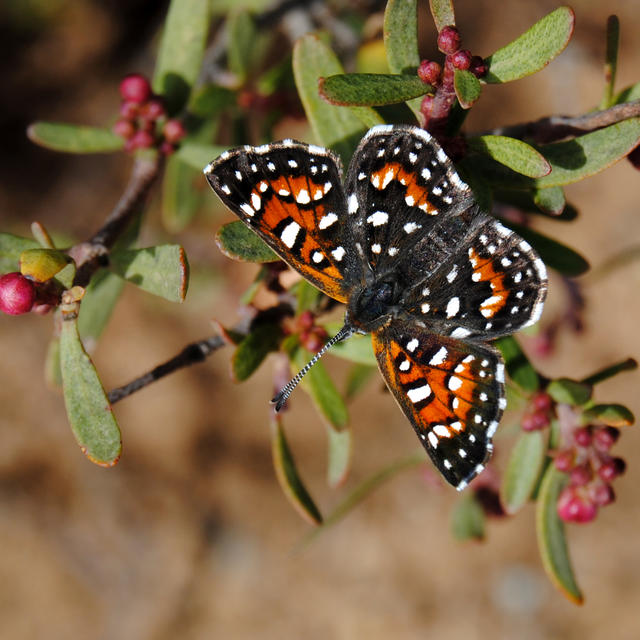 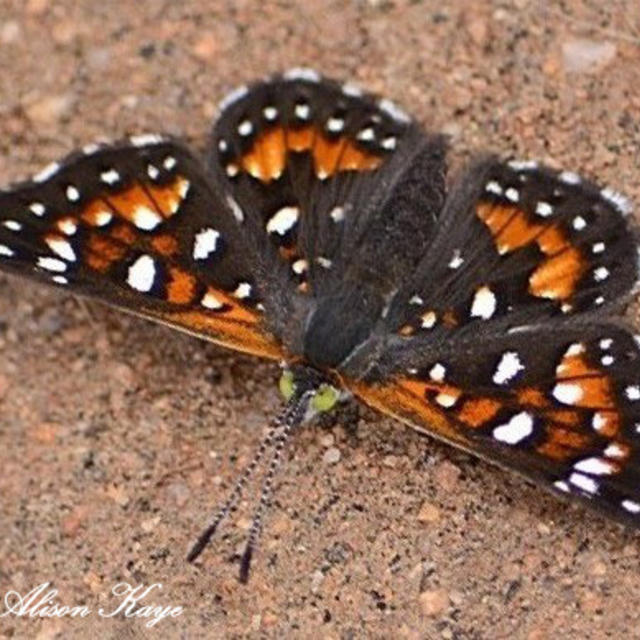 Family: Riodinidae
Subfamily: Riodininae
Identification: Upperside red-brown to black, checkered with black and white spots. Brick-red patch on forewing [absent or nearly so in subspecies dialeucoides. Hindwing often has brick-red patch on hindwing. Underside gray with white spots; forewing with brick-red patch.
Wing Span: 3/4 - 15/16 inch (19 - 24 cm).
Life History: Males perch in hillside hollows to watch for females. Eggs are laid in groups of 2-4 on lower leaves of host plant, or singly on other parts of plant. Caterpillars rest during the day in shelters of leaves tied together with silk, emerging at night to feed. Young caterpillars feed on leaves, older caterpillars eat leaves and stems. Young caterpillars hibernate inside plant parts such as dried flower heads of Eriogonum fasciculatum.
Flight: March - Sept. (1-2 flights), all year in coastal San Diego County, Calif.
Caterpillar Hosts: Most often Fasciculate Buckwheat, but Wright\'s Buckwheat for subspecies dialeuca and dialeucoides.
Adult Food: Nectar from flowers of Eriogonum and other plants.
Habitat: Various arid lands
Range: Cen. Calif. south to cen. Baja Calif.
Conservation: Subspecies pratti (Emmel and Emmel), davenporti (Emmel, Emmel, and Pratt), nigrescens (Emmel and Emmel), mojavelimbus (Emmel, Emmel, and Pratt), arenaria (Emmel, Emmel, and Pratt), and dialeucoides (Emmel, Emmel, and Pratt) are known from relatively few populations in habitats that may be in the process of being invaded by aliens weeds, especially cheatgrass.
NCGR: G3,G4 - Very rare or local throughout its range or found locally in a restricted range OR Apparently secure globally, though it might be quite rare in parts of its range, especially at the periphery. All subspecies are of conservation concern.
Management Needs: Habitat restoration, cultivation of the host plant, and captive breeding of the butterfly may be necessary. Comment: Behr's Metalmark was formerly considered a subspecies of the Mormon Metalmark.
Comments: NULL 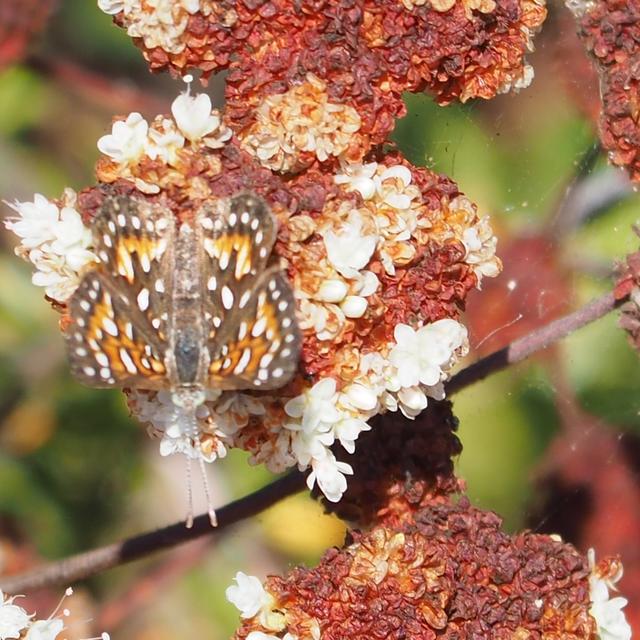 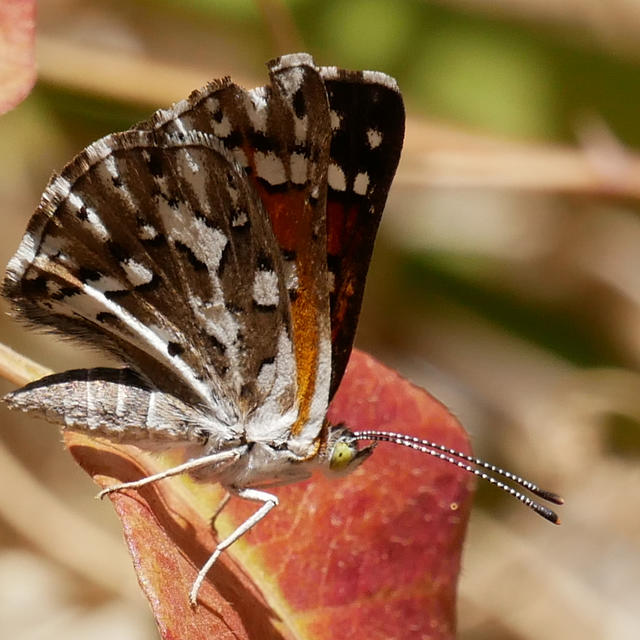 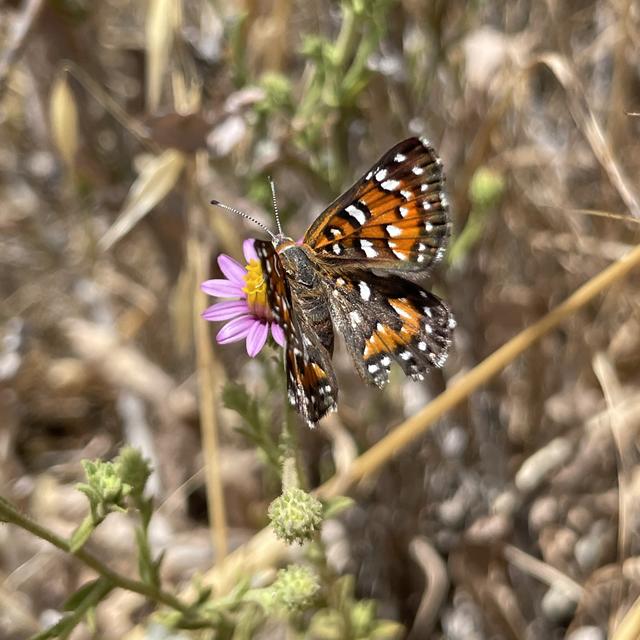 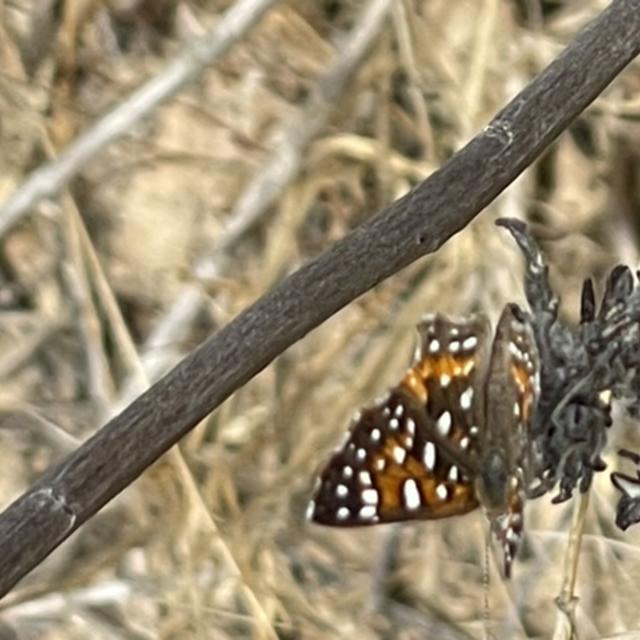 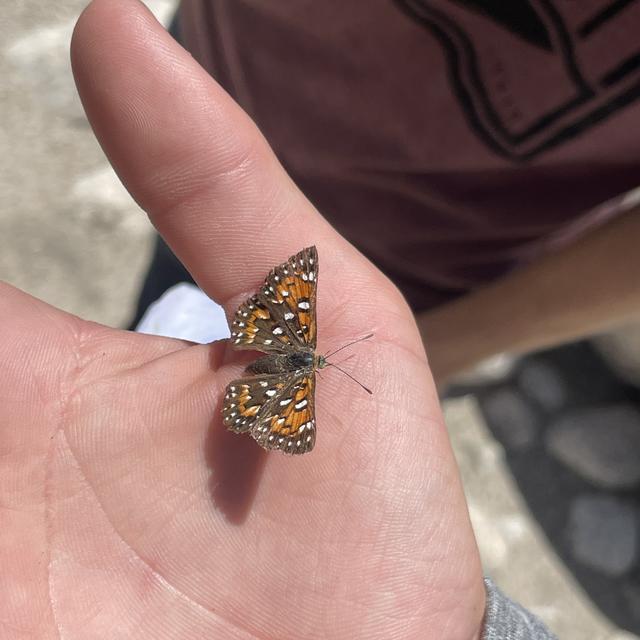 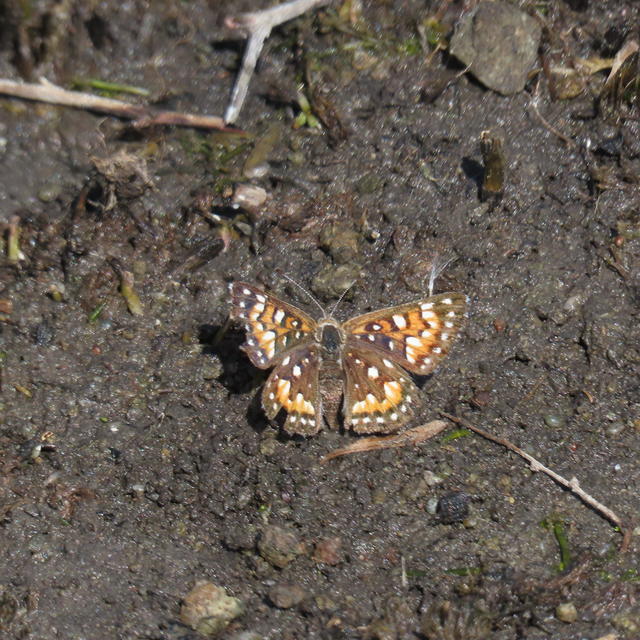 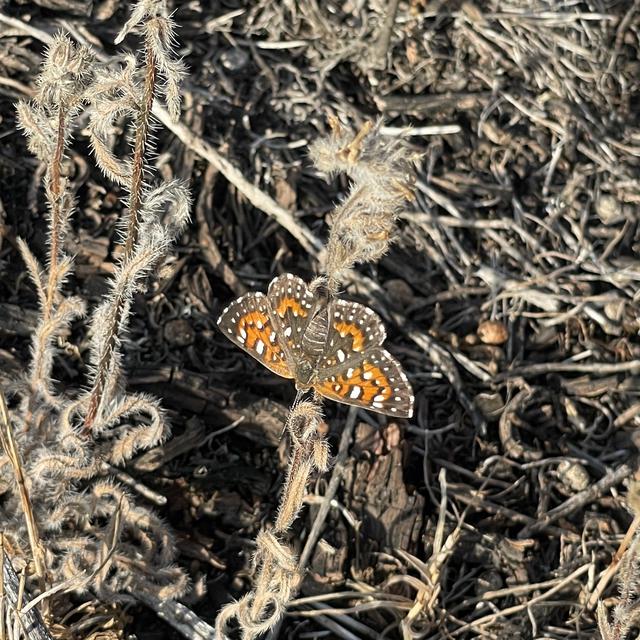 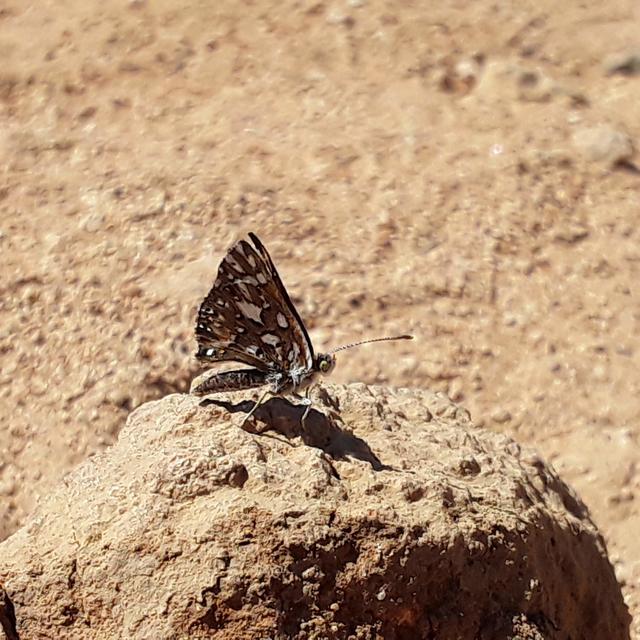 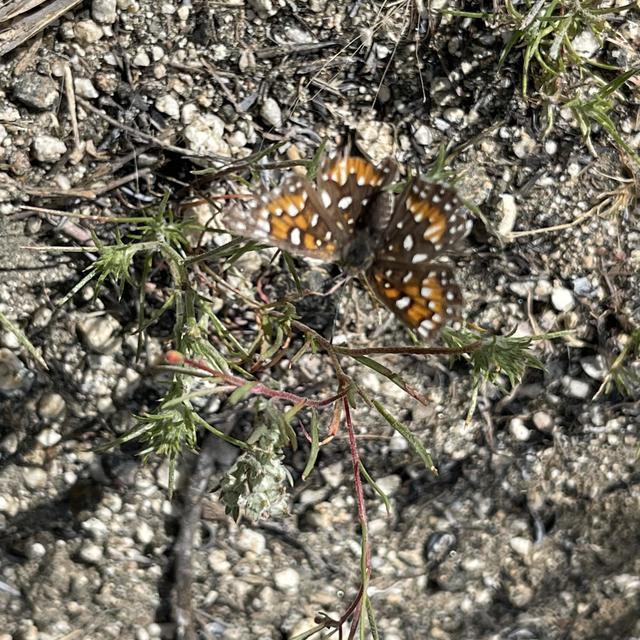 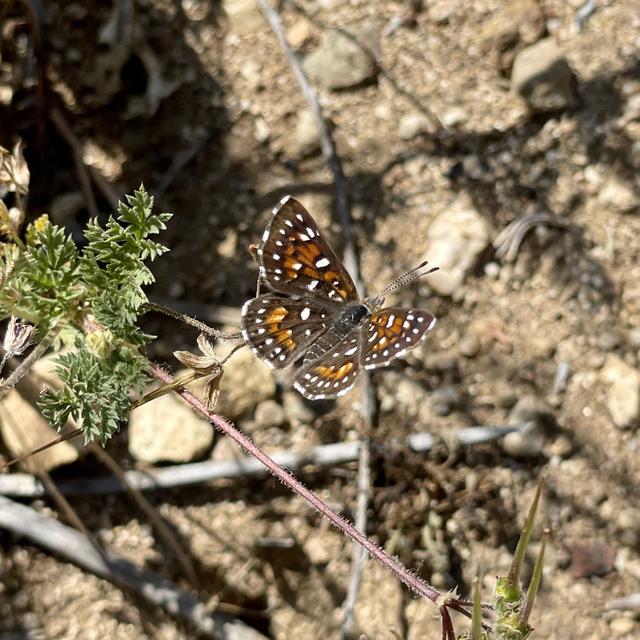 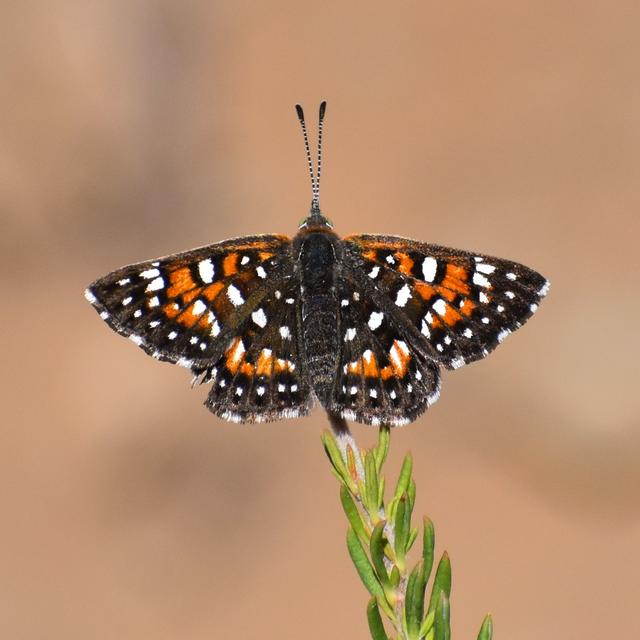 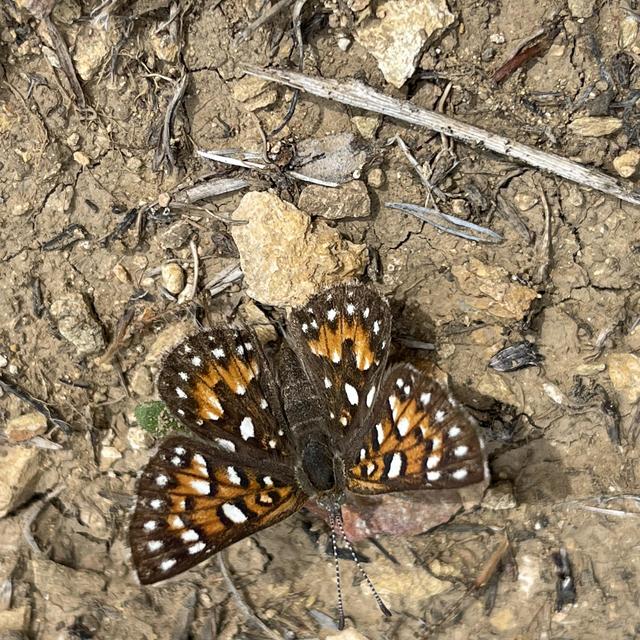 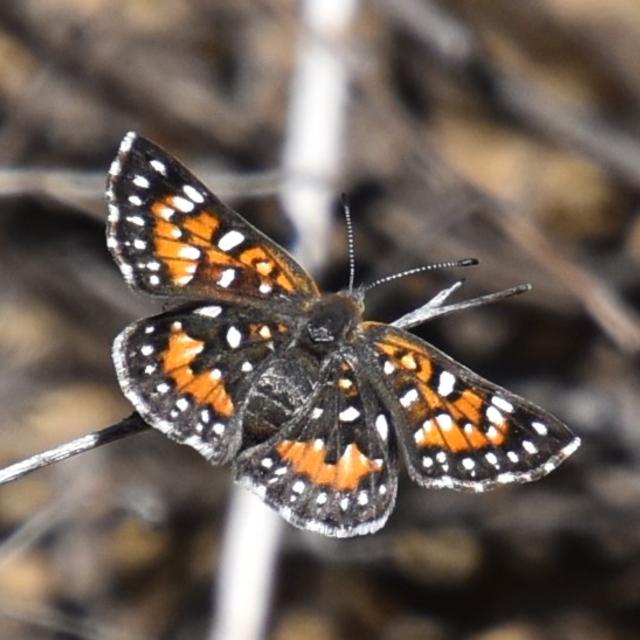 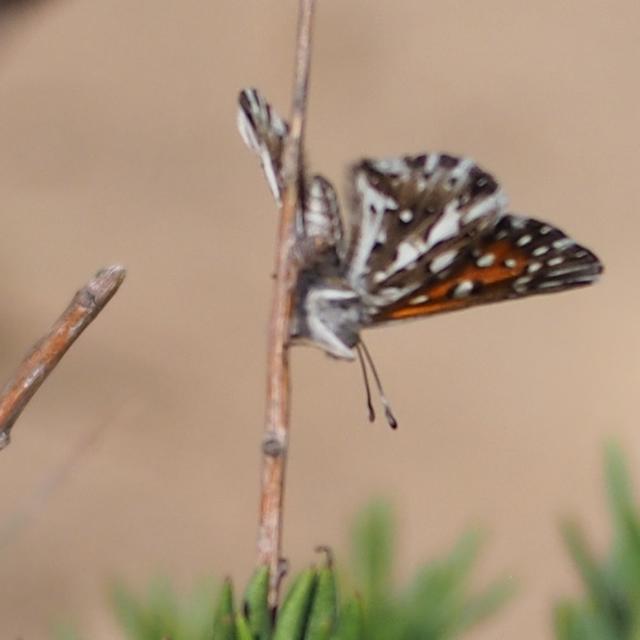 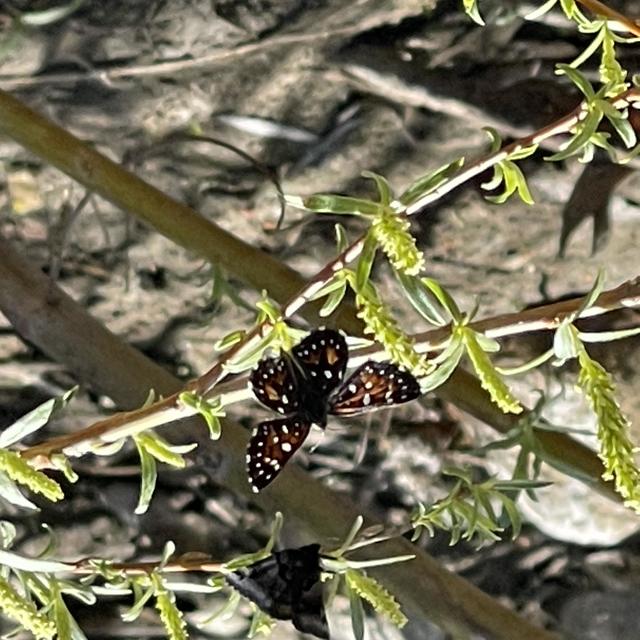 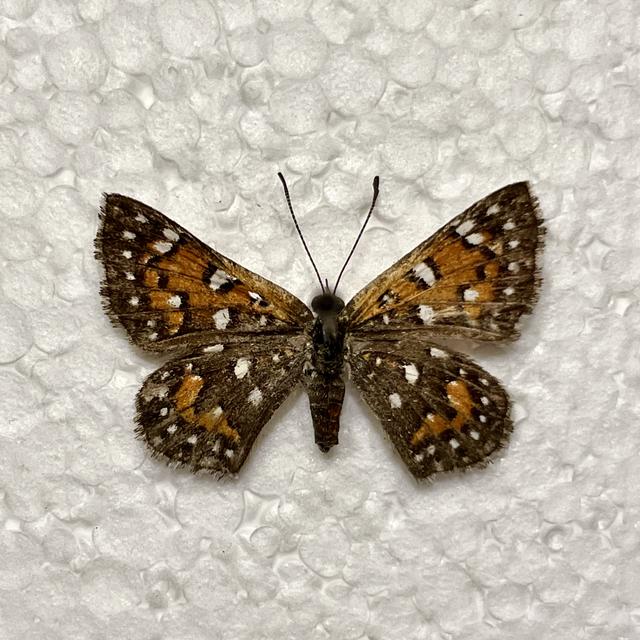 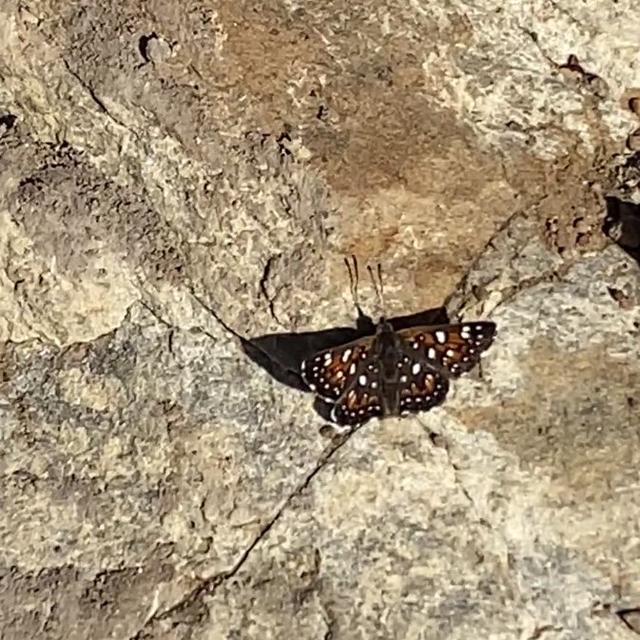 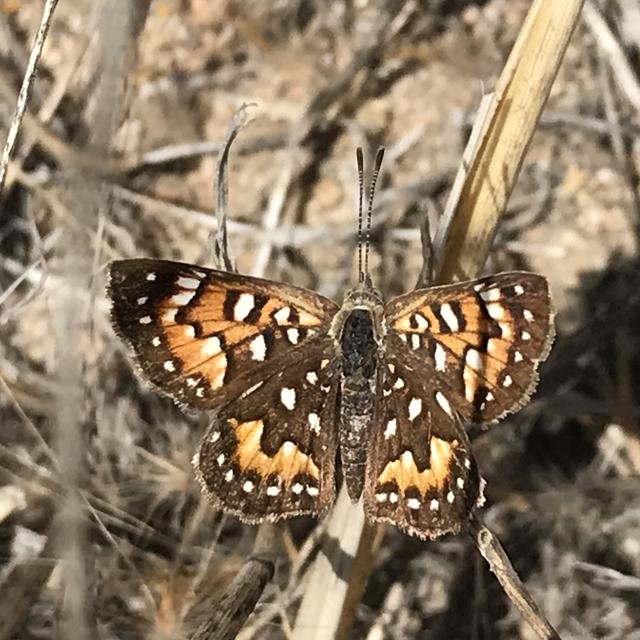 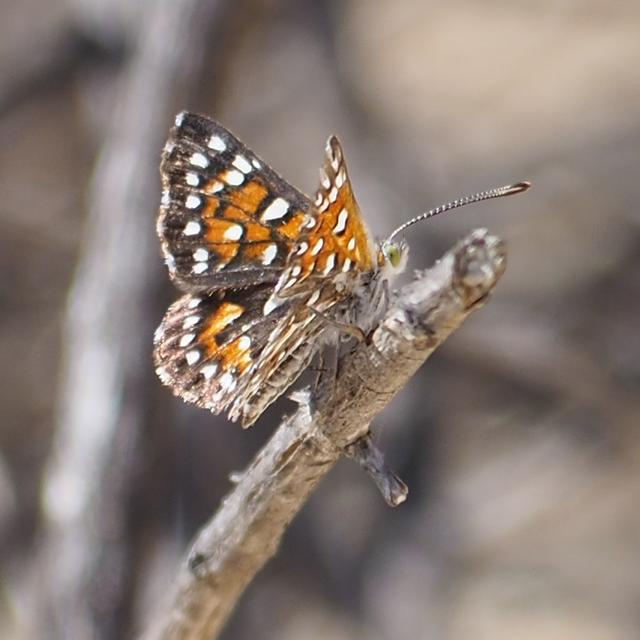 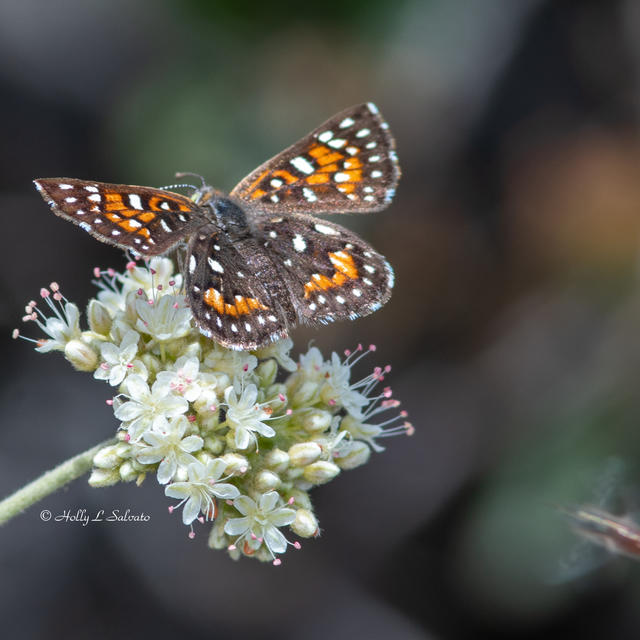 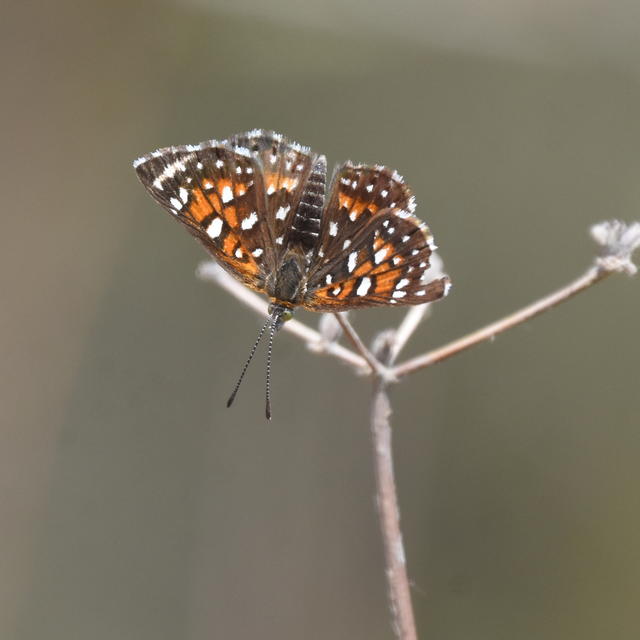 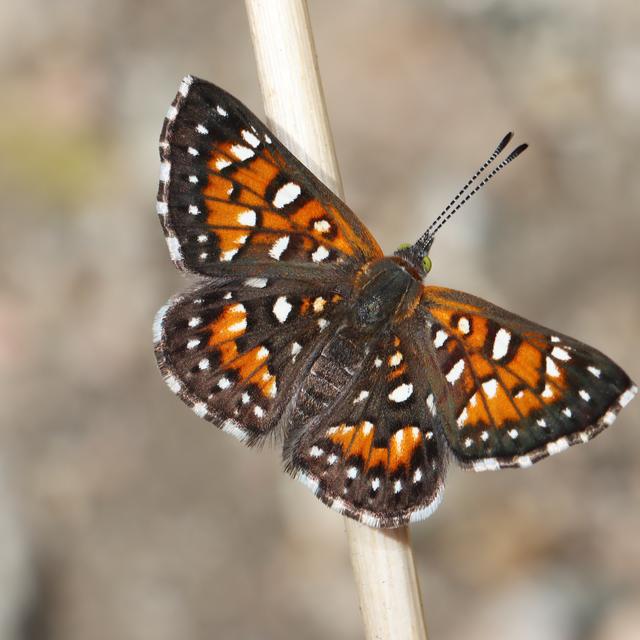 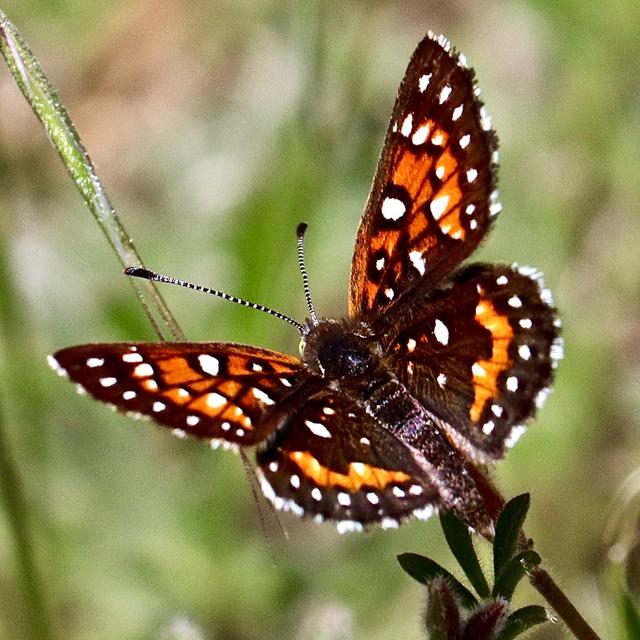