Family: Noctuidae
Subfamily: Noctuinae
Identification: A medium sized species with dull wood brown forewings with a sooty gray costa and thin dark veins. The forewings appear long and narrow for the genus. A dark gray patch is also present at the margin opposite the cell. The lines are thin and black. The antemedial line is sharply drawn toward the outer margin near the trailing margin and nearly touches the postmedial line. The postmedial line is strongly dentate. The pale subterminal line is usually a series of wedges, often preceded by several long black chevrons that are longest opposite the reniform spot. The orbicular and reniform spots are black, usually with a thin paler brown inner component, and are filled with the ground color. The orbicular spot is an elongate oval and the reniform spot is kidney-shaped. The cell between these spots is dark gray to black. One or two black dashes extends laterally from the reniform spots in some individuals. The hindwing is pale gray basally with sooty veins, discal spot, and outer margin in males; uniform dark gray w
Wing Span: 2.8-3.6 cm
Life History:
Flight: May to early July
Caterpillar Hosts: Unknown
Adult Food:
Habitat: Widely distributed in coniferous forests throughout much of western North America.
Range: Central and southern Rocky Mountains and in northern and eastern California. The southern limit of the range is in eastern Arizona.
Conservation:
NCGR:
Management Needs:
Comments:
Taxonomy Notes: None. 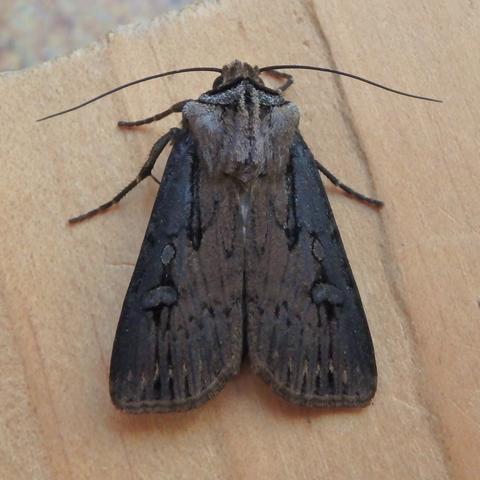 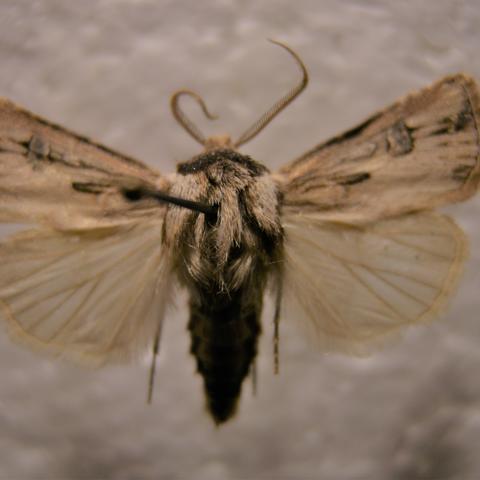 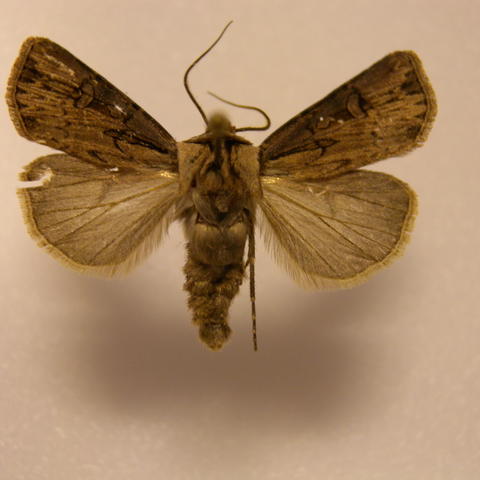